How can this not be the chart of the week? It should be the chart of the century. Everyone always likes to talk about bubbles and how everything is in a bubble. But what they’re missing is the implications of said bubble popping. Remember we’ve seen price bubbles before, lots of them. One thing you’ll notice is that the bigger the fall in price, the longer the time necessary to repair it.

After 1929, the Dow Jones Industrial Average fell almost 90% from its peak. It took 25 years to finally exceed that level for the first time. Towards the end of 1954, the Dow was able to make a new high and then continued higher for another 12 years before the next secular bear market began. It took a long time to repair that 90% crash, 25 years in fact. This is normal. But what is also normal is that from that repair came another 150% rally after initially exceeding those prior highs.

We’re seeing similar activity today in Technology. After peaking in March of 2000, this sector index collapsed by over 82%. It wasn’t until the past few months that we have finally been able to break to new all-time highs: 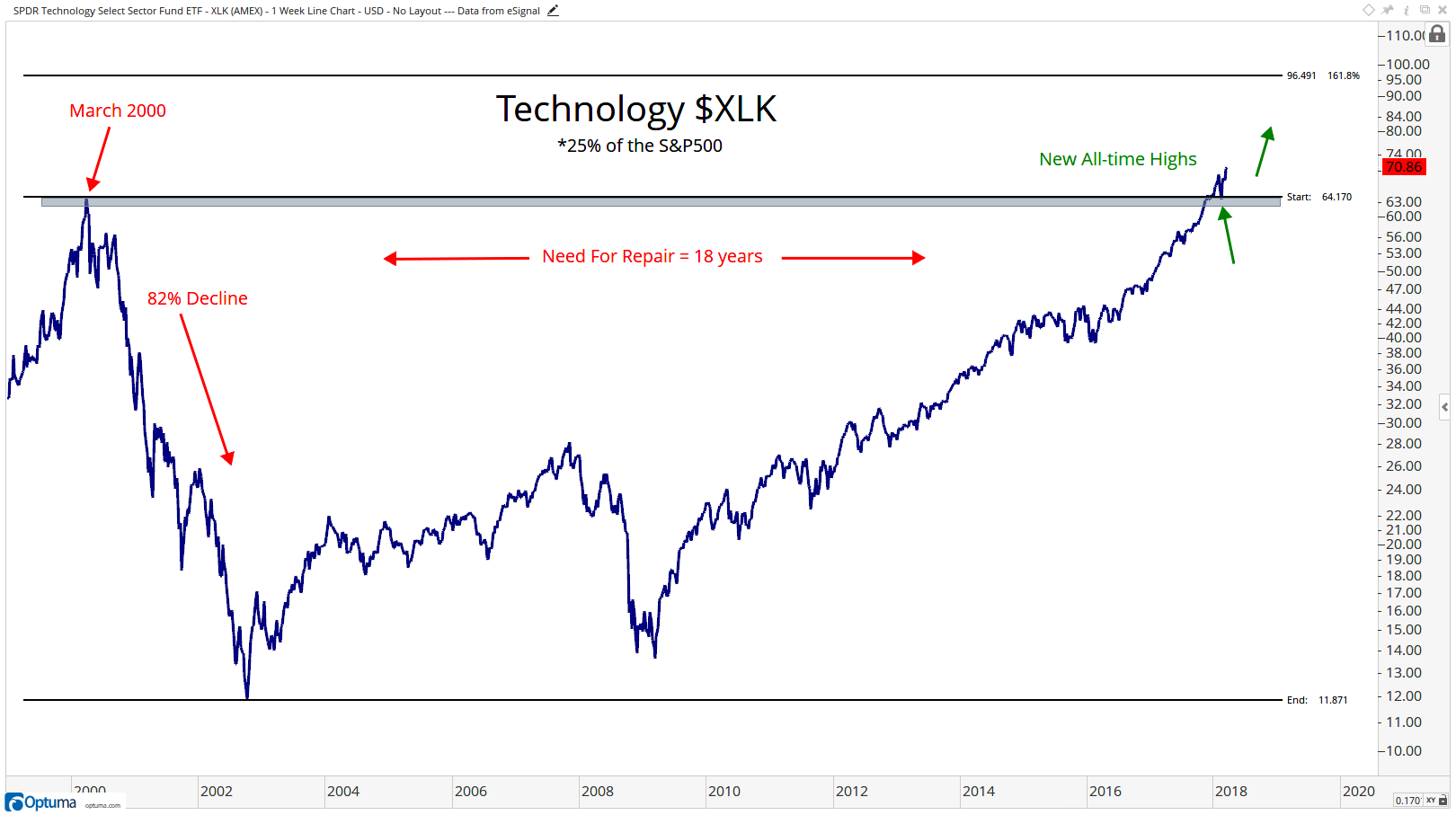 The good news for US Stock Market bulls is two-fold. First, you’ve probably made a lot of money being bullish, so kudos to you. And secondly, Technology represents over 25% of the entire S&P500. This sector breaking out to new all-time highs for the first time in 18 years is a very good thing. Leaders are leading – what’s bearish about that?

For some perspective, a 50% rally from the former highs in 2000, is equivalent to the Dow Jones Industrial Average hitting it’s 1958 high, 4 years later. But the Dow continued to rally for another 7 years to hit its next extension target: 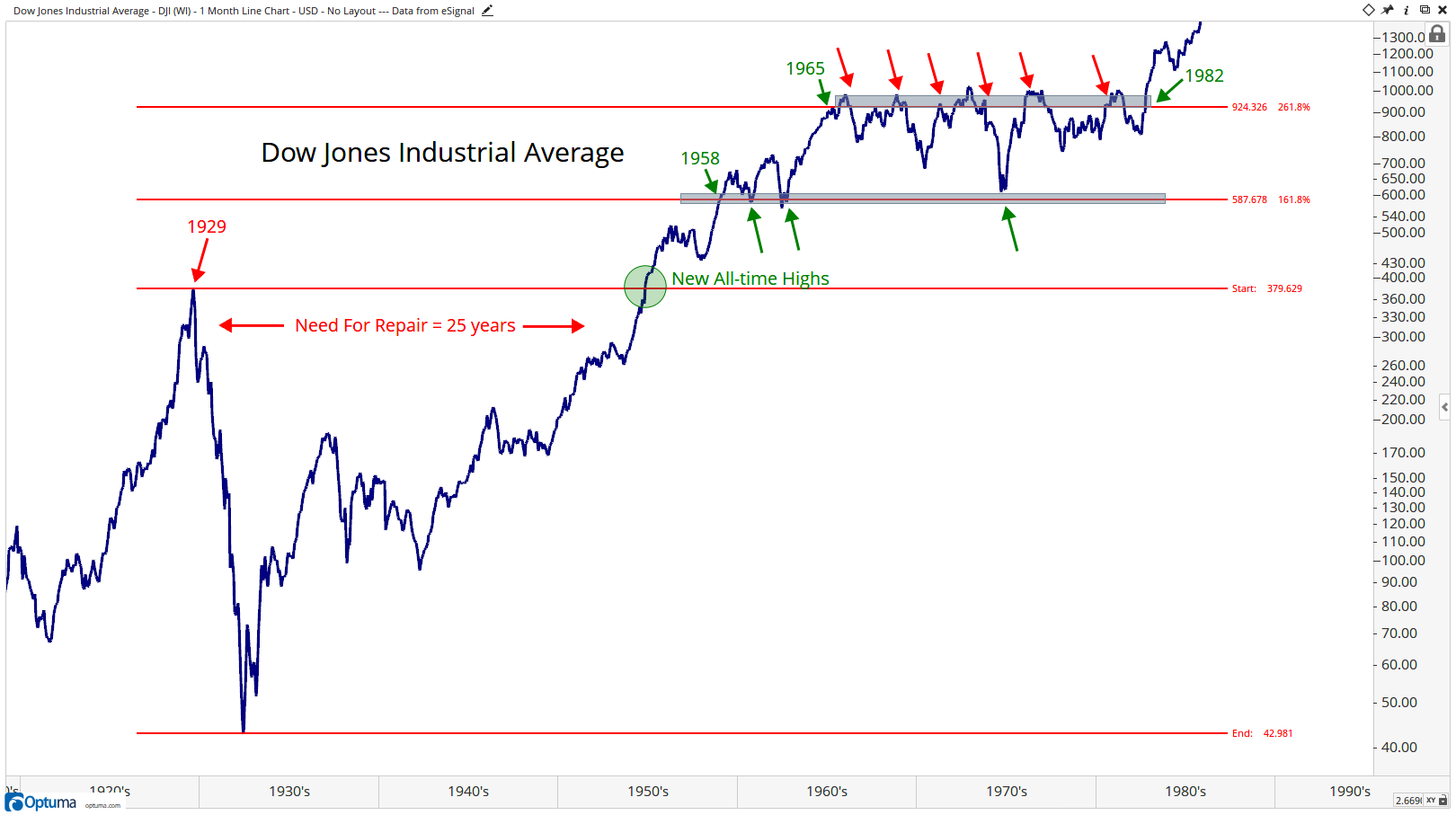 I don’t think it’s exactly a fair comparison between Technology, a sector, and the Dow, which is an index. The bigger point I’m trying to make is that bubbles pop, and that’s fine. Extremes in sentiment need natural adjustment. This isn’t crazy, it’s normal. What is even more normal is that from these collapses in prices, it takes time to repair. A long time.

Look at Japan and how long this one is taking: 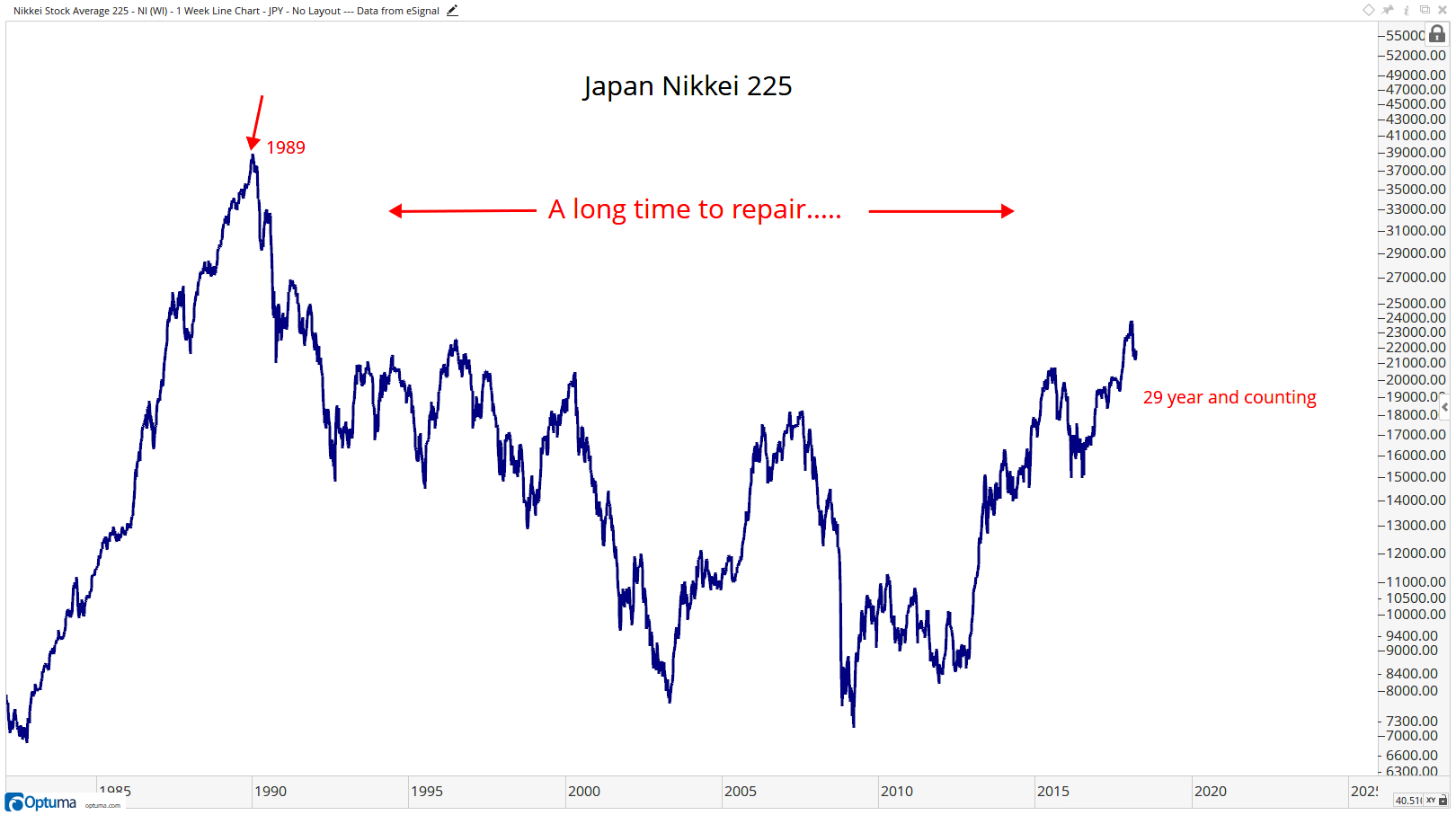 Here are Financials relative to the S&P500 doing nothing the past decade since crashing. These things take time to repair: 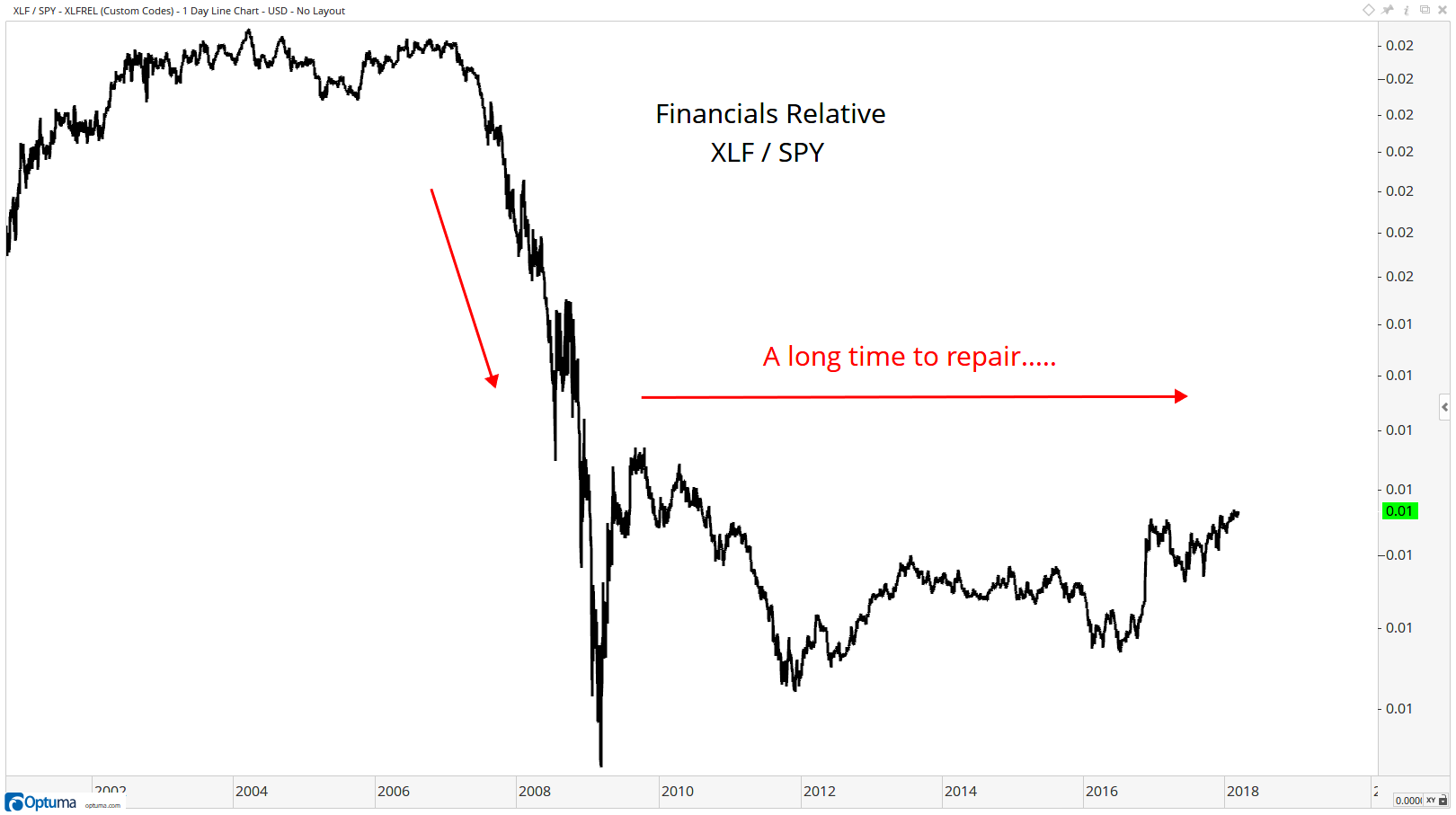 The bubble in Technology popped in March of 2000, this is not a secret. What’s getting missed is that the time necessary to repair that collapse was apparently 18 years. We are now finally moving on from that. 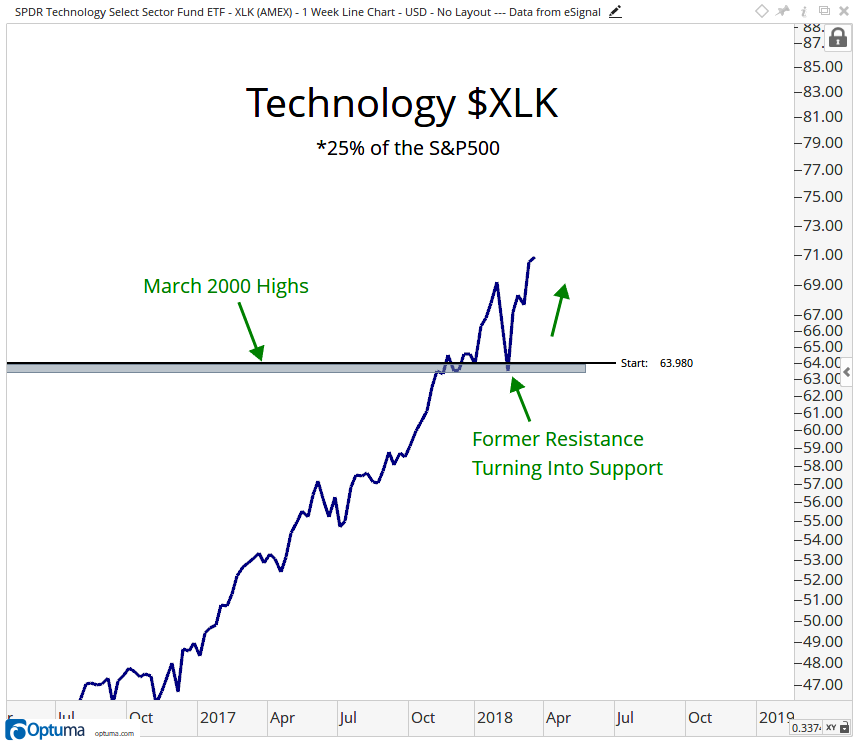 If we’re above those former highs from 2000, how can we not stay long Tech?

If you’re not a member, start a 30-day risk Free trial here.