Stocks in the U.S. Financials Sector have been underperforming since the beginning of 2018. If you recall, that is precisely when the majority of stocks around the world stopped going up. It’s been a sideways grind for many stocks and sectors since then and a solid downtrend for many more, like small-caps, emerging markets and certainly financials, particularly on a relative basis.

A funny thing happened last week, however, while the gossip columns were filled with impeachment talk and upcoming recessions: Financials broke out to new multi-month highs relative to the S&P500. But not a whisper about it anywhere. I like that!

Here are Financials, represented by the $XLF vs S&Ps: 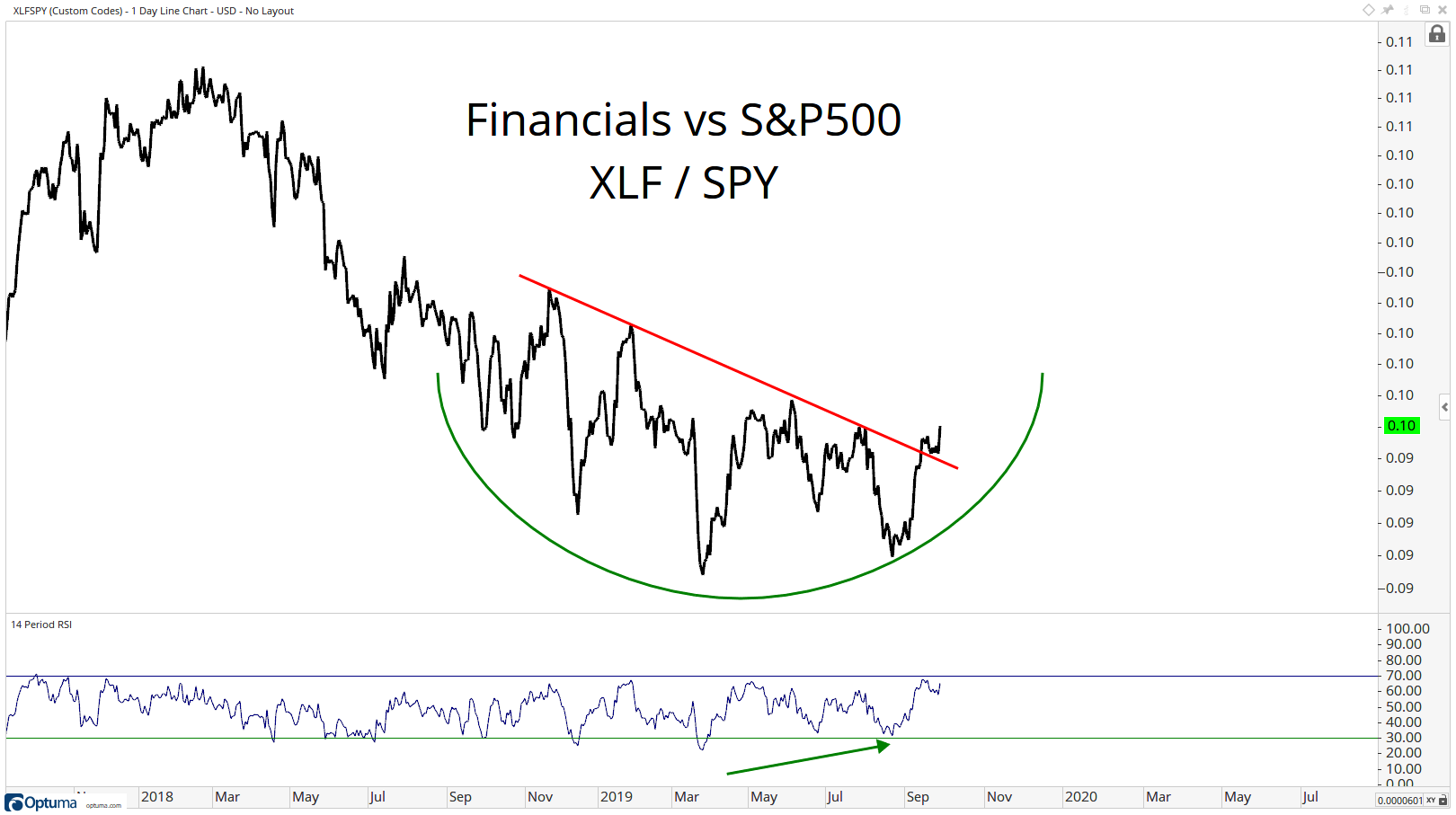 This is not something we’ve seen much of the past couple of years. I think Financials breaking out here relative to the rest of the market is consistent with higher stock prices overall. Based on the weight-of-the-evidence I don’t think it’s the higher probability outcome for stocks in general to break out if Financials continue to struggle.

We’re looking for rotation here. This is what is happening in the Broker Dealers & Exchanges Index. If we roll over and fall back below those important 2007 highs, that’s probably happening in an environment where stocks in general are falling, not rising: 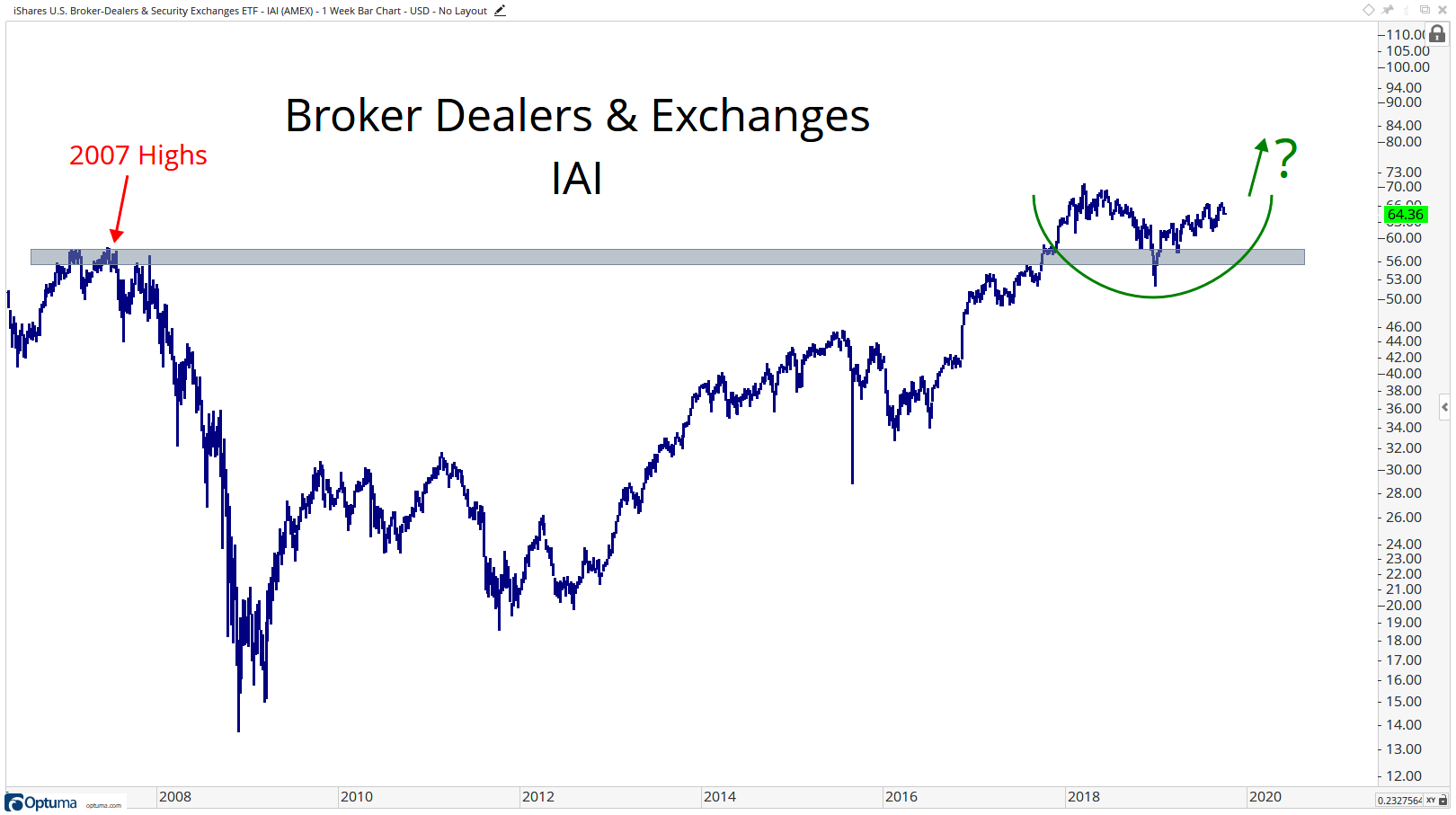 Finally, this is what the Regional Banks look like. The way I see it, if this is a major top for these stocks, I find it hard to believe stocks in general are doing well in that environment: 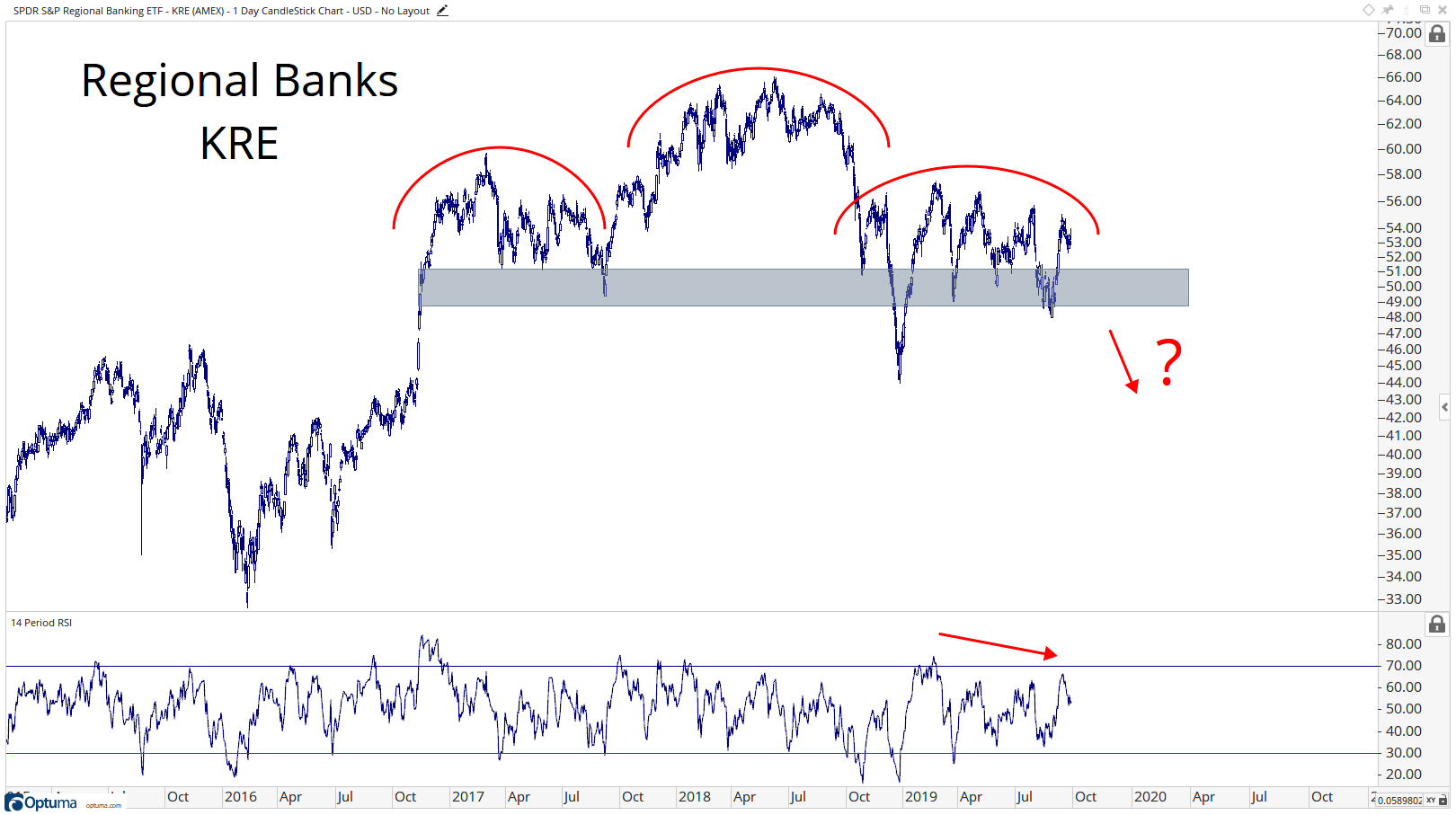 But what if it’s like this? What if this is just a healthy consolidation after the ripper in 2016 that is now ready to move higher? 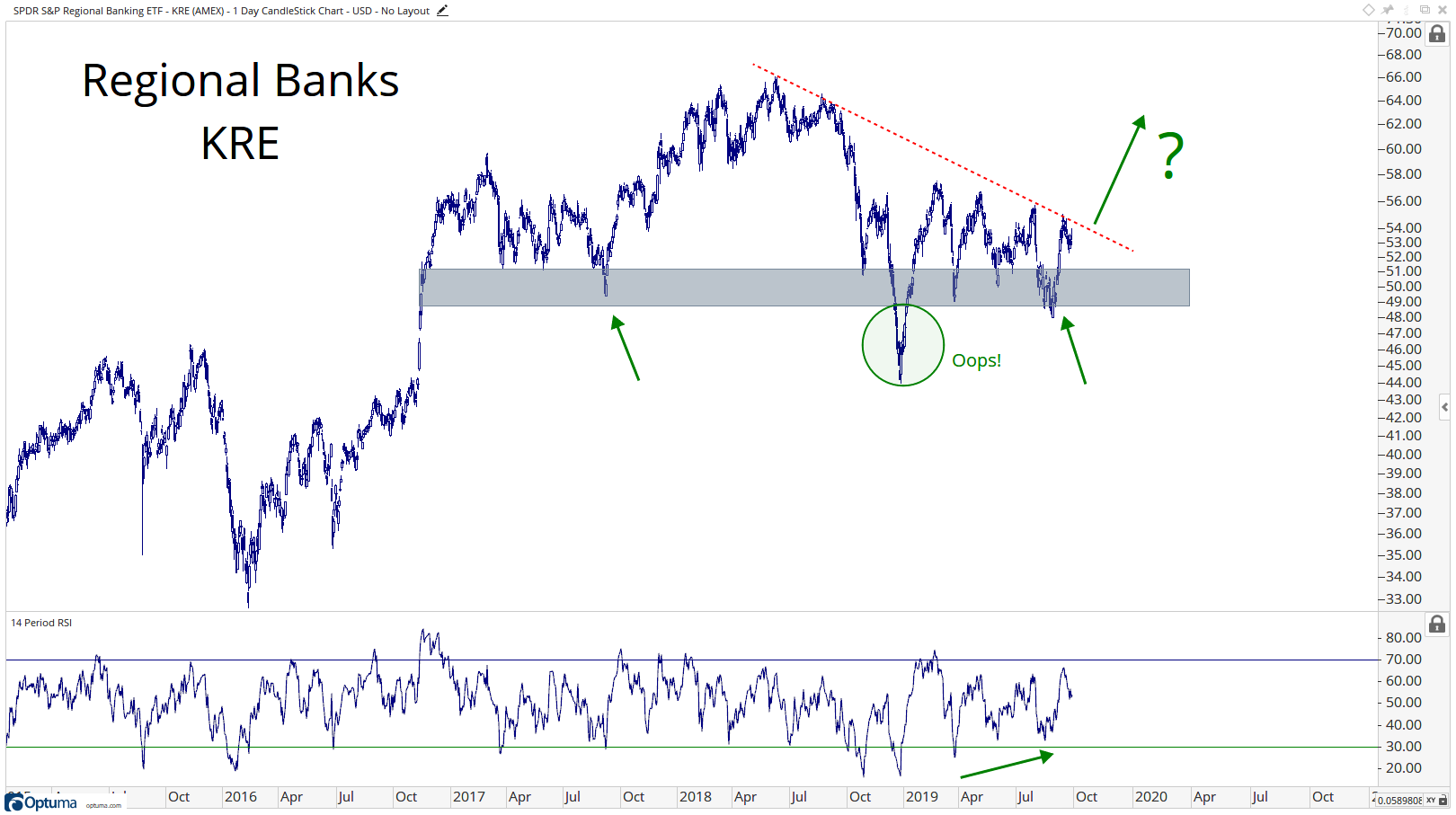 This is one of the most (the most?) important sectors in America. It’s one worth watching.

We will continue to reevaluate as we get more data. But definitely keep an eye on this one!