When you hear people talking about Dow Theory, it usually revolves around what the Dow Industrials and Transports are doing and whether they are diverging or confirming one another. I want to be perfectly clear that while this is certainly one of Charles Dow’s tenets from the late 1800s, this is just one of many, and not even in the top 5, as far as I’m concerned. I encourage you to check out my post: Everything About Dow Theory.

Today, we are indeed going to focus on the behavior of the Dow Jones Industrial Average and Dow Jones Transportation Average. Earlier this week we discussed the Dow Jones Composite, which includes the 15 stocks in the Dow Utility Index as well. For this conversation we’re analyzing just the Industrials and Transports.

Here is very simple line chart going back a couple of years. It’s clear how much they move together, which is not surprising. What we’re interested in here is the late Q1/early Q2 2018 lows, for both indexes. Notice how the Dow Jones Industrial Average is already above it. That’s evidence that there is more demand there than supply. That’s not a characteristic of a downtrend, but more of an up or sideways trend instead: 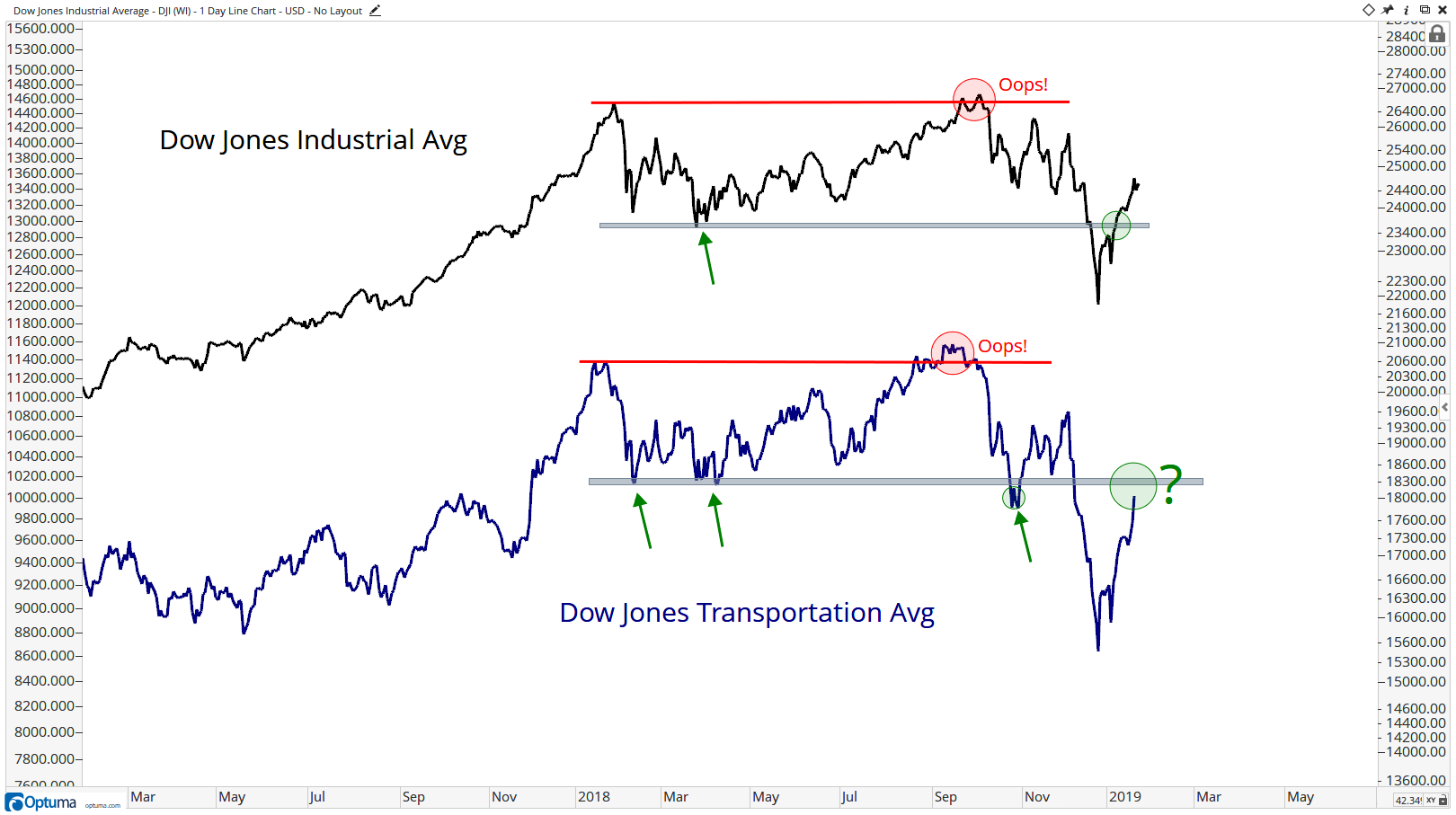 Is the Dow Jones Transportation Average about to reciprocate?

Here are the Transports on their own. If we’re above 9800 I think we need to err from the long side with a target near 10500. 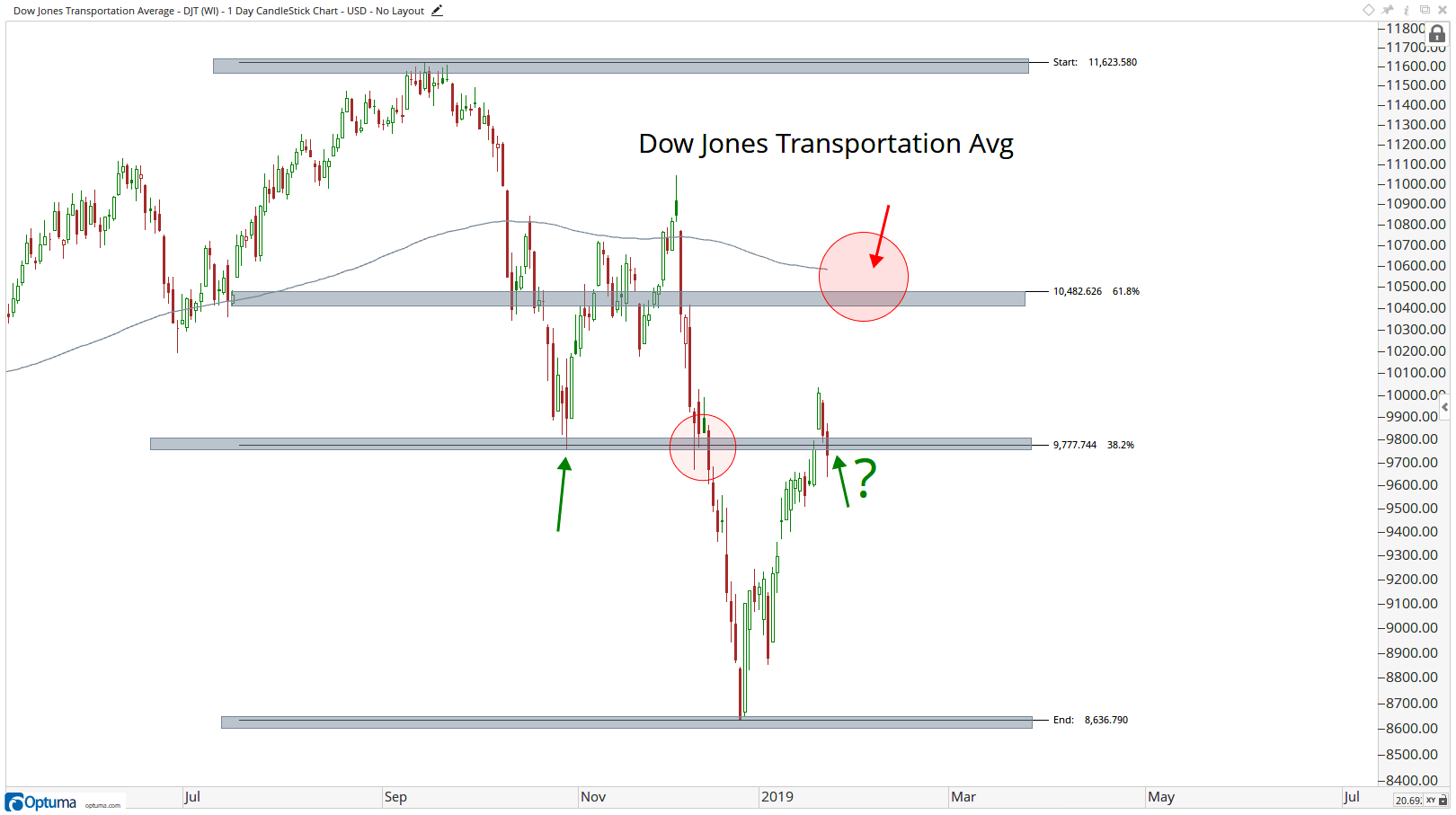 If we’re below 9800 then I think there are probably some bigger issues out there from any kind of intermediate-term perspective. I believe that likely speaks to the whole market and not just Transport specific.

We want to take the data as it comes in and continue to reevaluate things. Anything else would be uncivilized.