Once a week I do my Global Macro review where I annotate and take notes on every country’s index around the world. This analysis is on multiple timeframes so we focus on both the weekly timeframe going back 7-10 years and the daily timeframe over the past 6-12 months. The weekly charts are designed to get structural perspective while the daily timeframes are more for short-term to intermediate-term execution.

In this week’s analysis, Brazil stands out as it gets back above the late 2008 lows. Over the short-term, Brazil has been a favorite long of ours since it first got back above the September lows. There was a major theme among global stock indexes, particularly in Latin America, where prices were getting back above previous lows in late January and early February. We saw a monster move higher in Brazil since then, as we did in Peru, Chile, Colombia, Mexico, etc: 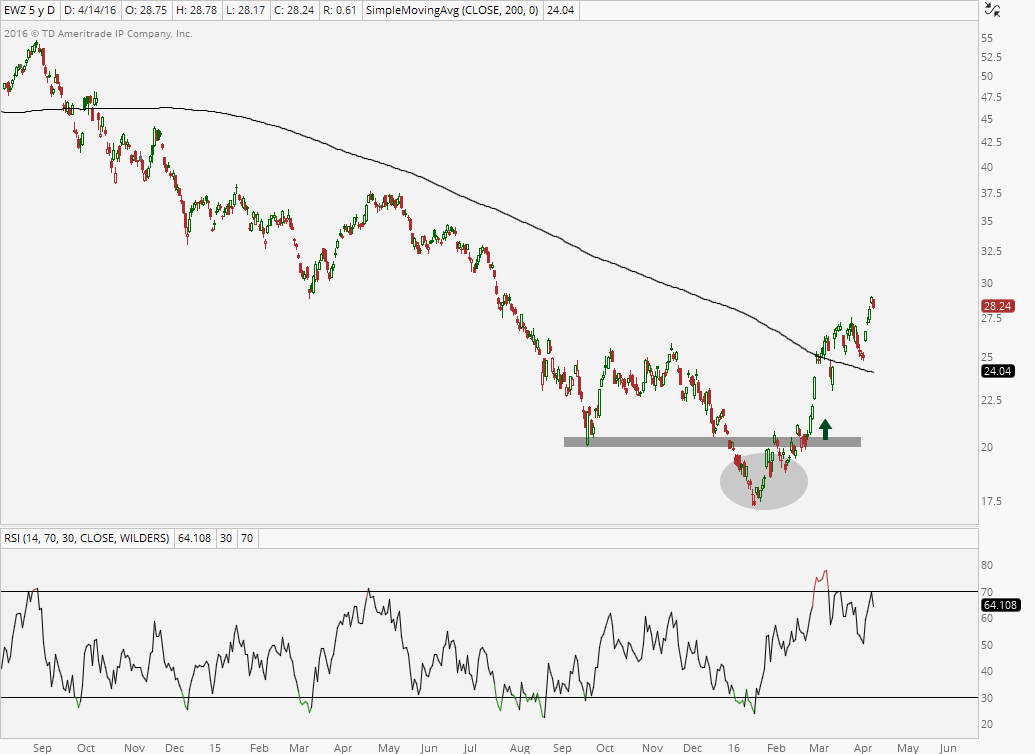 The risk vs reward was simple: we only wanted to be long if we were above the September lows for a mean reversion. Our upside targets tactically have already been met. Bigger picture, however, the implications of this recent move can be seen on the weekly timeframe. Here is the weekly chart showing prices getting back above the 2008 lows confirming a bullish divergence in Momentum: 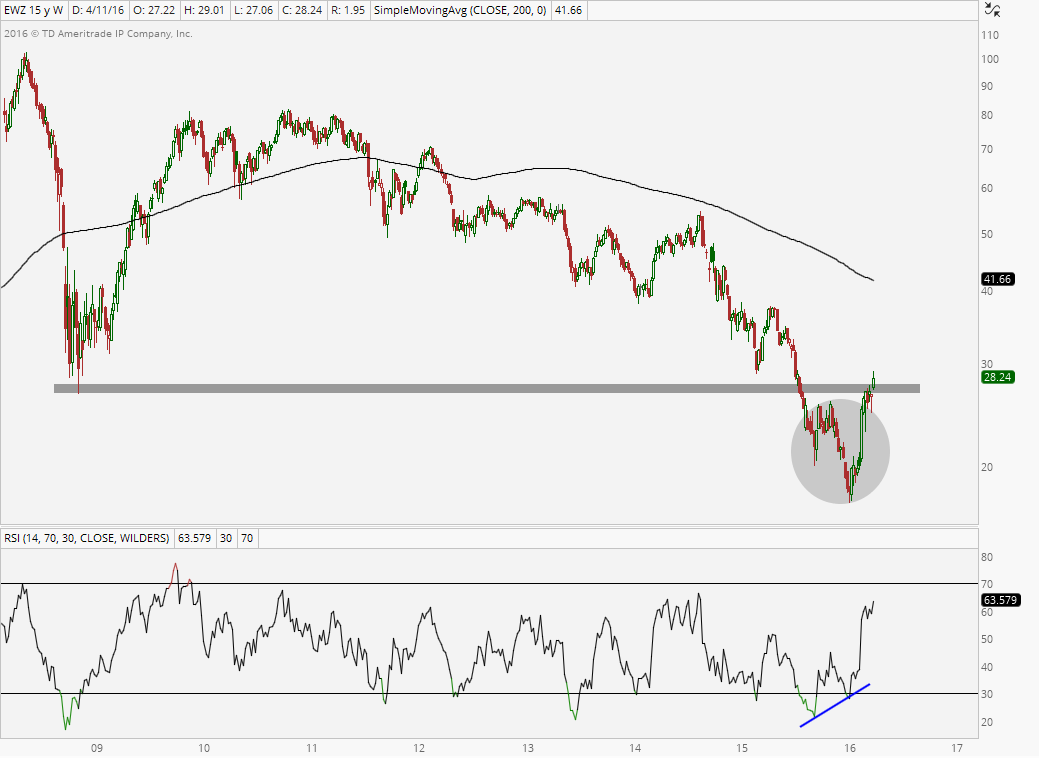 This is only something we want to own structurally if we’re above those 2008 lows. Like in the daily timeframe over the past couple of months, we are looking for a mean reversion on the larger timeframe. We have upside targets up near $40 in $EWZ.

For the same multi-timeframe analysis on the rest of the Countries around the world, start a 30-Day Risk-Free Trial. Here is the entire list, as found in the Chartbook: