Coming into the new year, BlackBerry was one of the names on my radar that I thought could double in 2014. After a monster January, shares of the Canadian mobile services company have been consolidating nicely below a declining 200-day moving average. I think there’s more upside here.

First let’s take a step back and look at this from a longer-term perspective. This is the chart that got me interested in $BBRY in the first place. Here is what I saw in December: 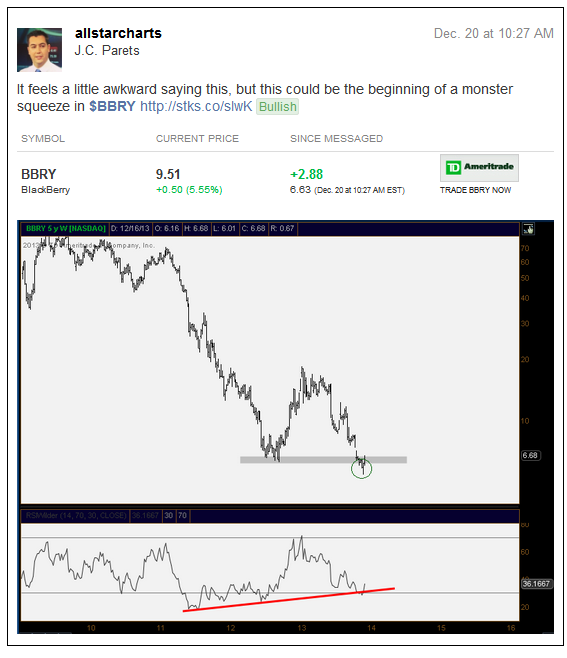 You can see why this is my favorite setup: the false breakdown and simultaneous bullish momentum divergence. Here is what this one looks like today: 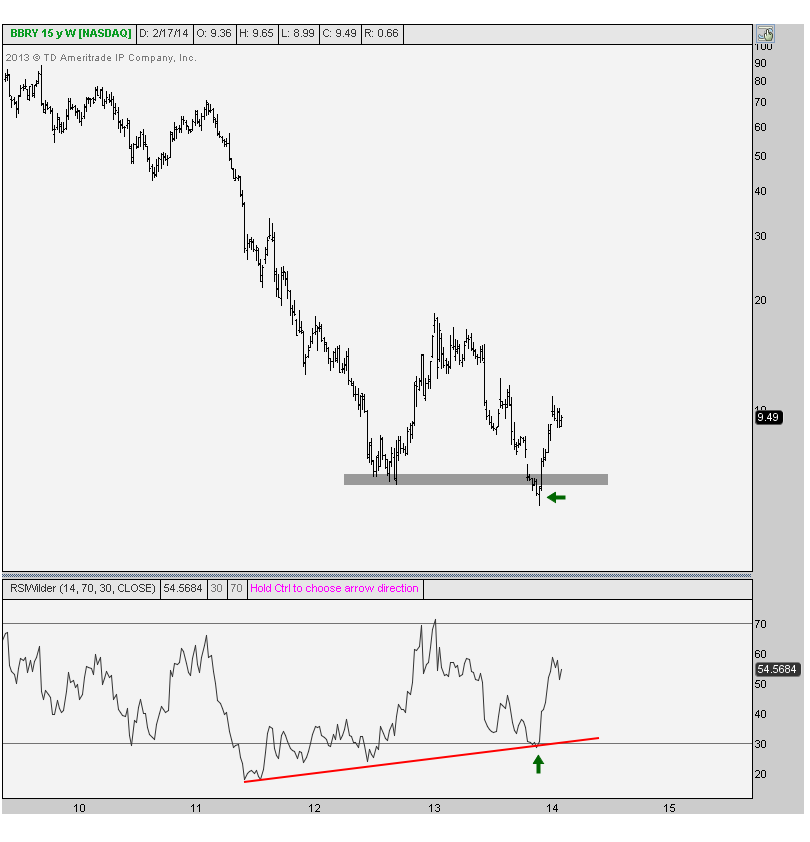 The next chart shows the daily candles for BlackBerry shares correcting in a pretty standard flagging pattern. This seems like normal, healthy action to me, and it’s taking place at a logical level. I would look for a breakout above this pattern, which would allow the moving average to flatten out, to signal for much higher prices. I would not be surprised to see $BBRY back at last January’s highs if indeed prices do breakout: 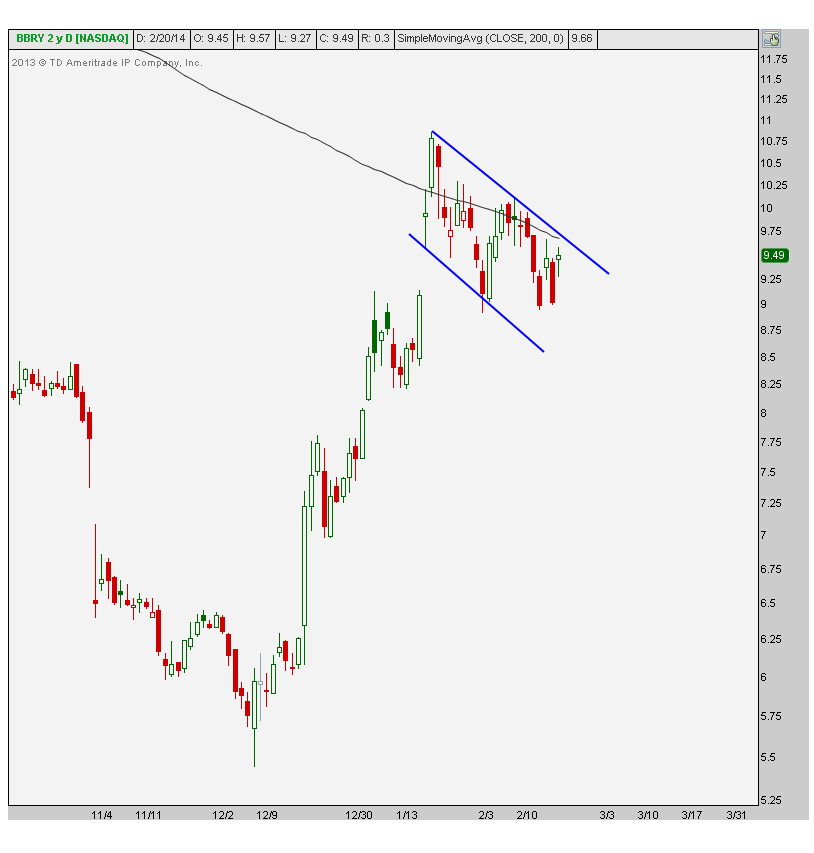 Finally here is the relative chart comparing BlackBerry to the S&P500. We can see a similar false breakdown as the weekly price chart mentioned before. I also like the BBRY/SPY chart breaking out above this downtrend line. These are all positive developments. 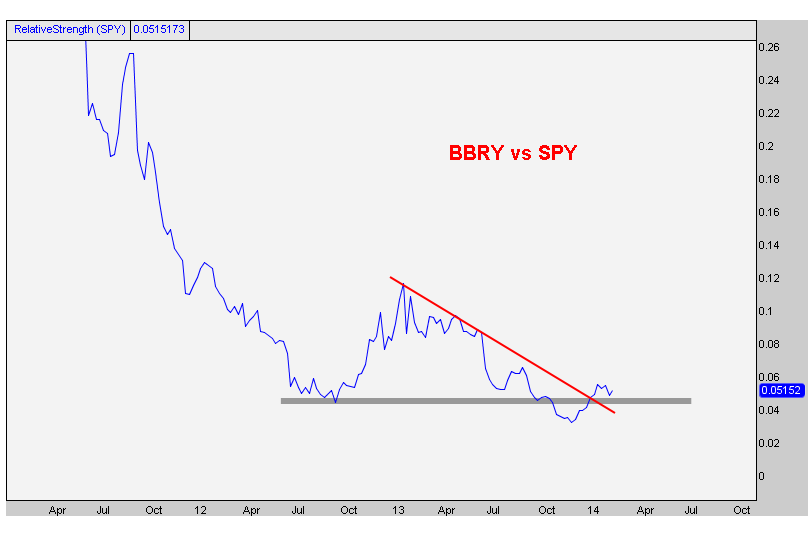 So what’s the catalyst? Well, we all know that this company is a disaster. But that’s the point – it’s not a secret. Shorts think their cute trying to take advantage of more downside. I mean 20% of the float is still short. How much of this train wreck is already priced in? I would say most of it if not all of it. The market isn’t stupid.

At this point, I would want to see a breakout above this potential flag pattern. We only want to own this above its 200 day. There’s a lot of upside left in this one and it could double once again. But let it prove to us that it can absorb all of this supply first.

REGISTER HERE if you’re interesting in receiving top/down analysis like this on a regular basis.