There is a special purity in the crypto markets that is absolutely fascinating to technicians like us.

It’s a supply and demand game to the ultimate extreme. There are no fundamentals. There are no earnings. It’s just fear and greed, no government intervention, just humans being humans.

I’ve noticed sentiment is getting pretty extreme down here and the risk vs reward opportunity here is to the upside.

30,000 has been an important level in Bitcoin going back to the prior up cycle. This was our first target after completing that multi-year base:

Since then, we not only hit those 30K targets, but extended them towards 47,000 and beyond.

But on the way down, that 30K level is still relevant, as the market proved this in May: 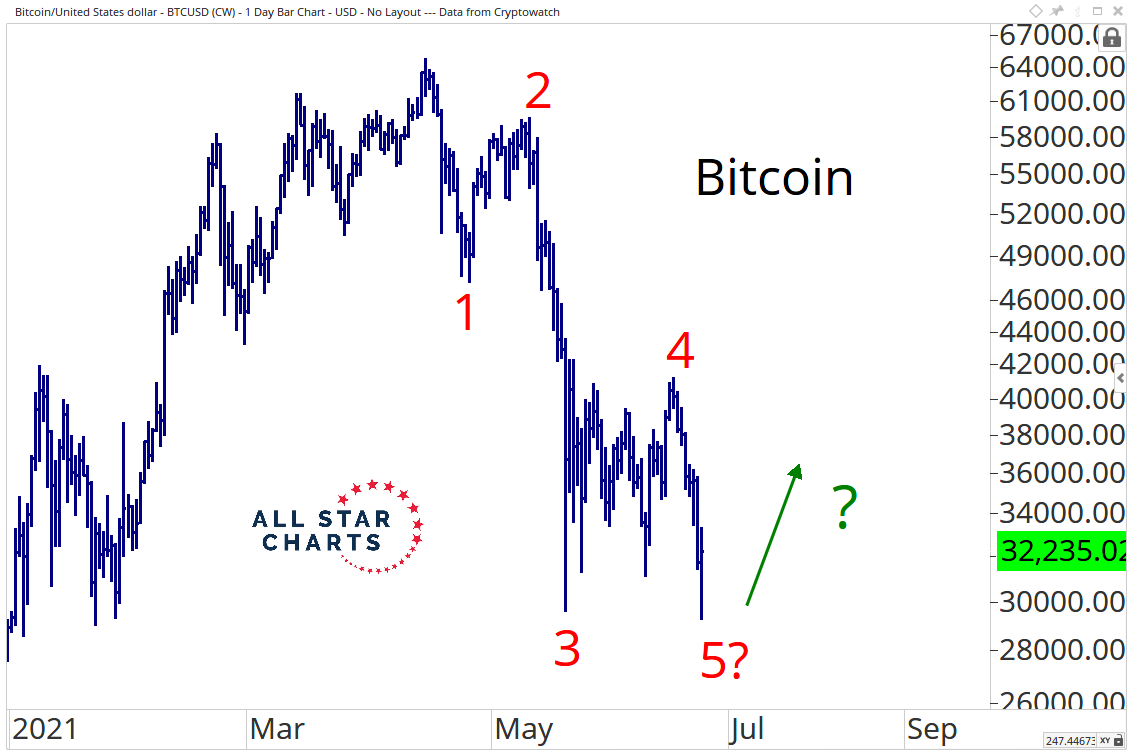 You’ll notice the numbers on the chart. While I don’t consider myself an Elliott Wave expert, I do have some formal training on the subject. But either way, it’s really hard for me to ignore the classic 5 waves down. 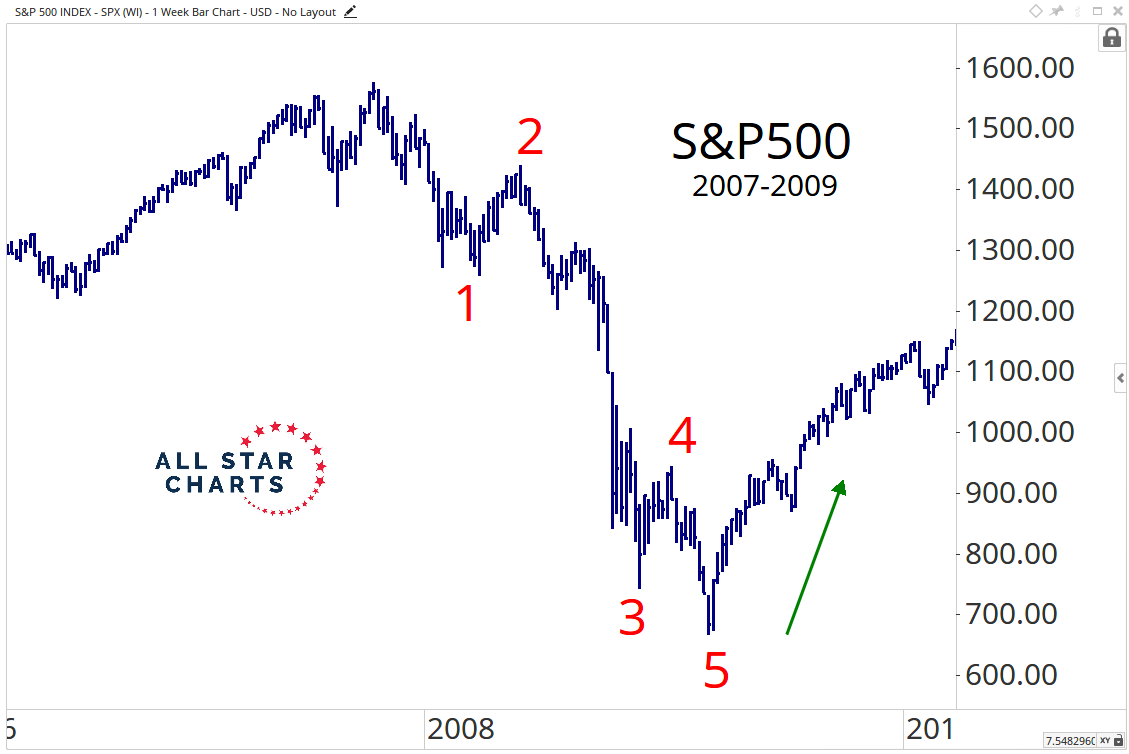 The point here is further evidence of exhaustion.

You can also see just how many bears showed up to my Twitter poll: 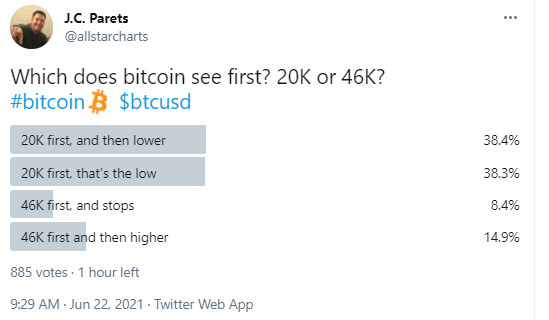 Whether you think Elliott Wave is voodoo or not isn’t relevant here. From a philosophical standpoint, that “5th wave” down is essentially the last weak hands finally throwing in the towel. The “diamond hands” turning into “coal hands”, to put in the parlance of today’s youth.

How about the potential Bullish Momentum Divergence? 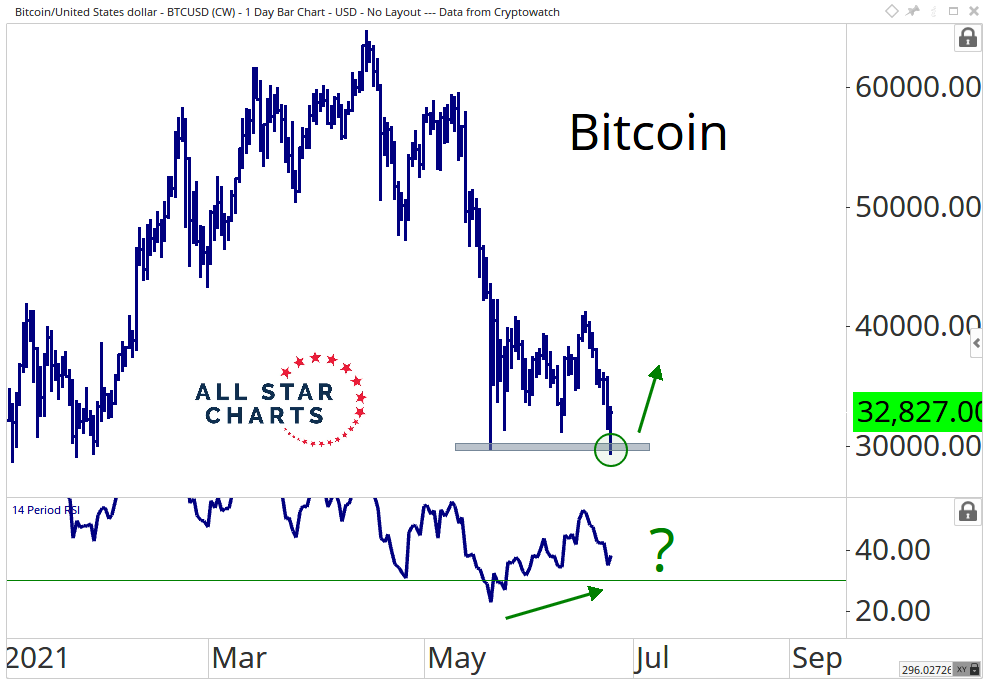 Nice little double bottom with the second low undercutting the first one.

You guys know I always say this is my favorite kind. 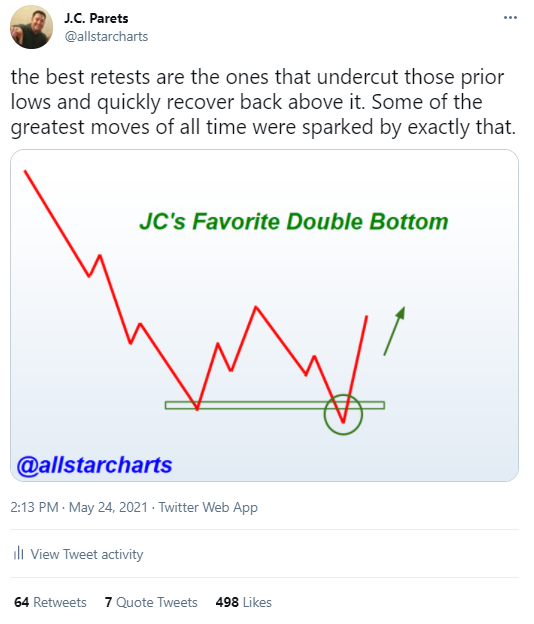 But if we’re not, then all bets are off.

Because if that’s NOT a bullish momentum divergence, and that’s NOT a double bottom, and if that was NOT the 5th wave, then holy shit.

Because when this tornado of a bottom isn’t that, things blow up.

Take Coal for example, putting in a similar pattern structure about a decade ago: 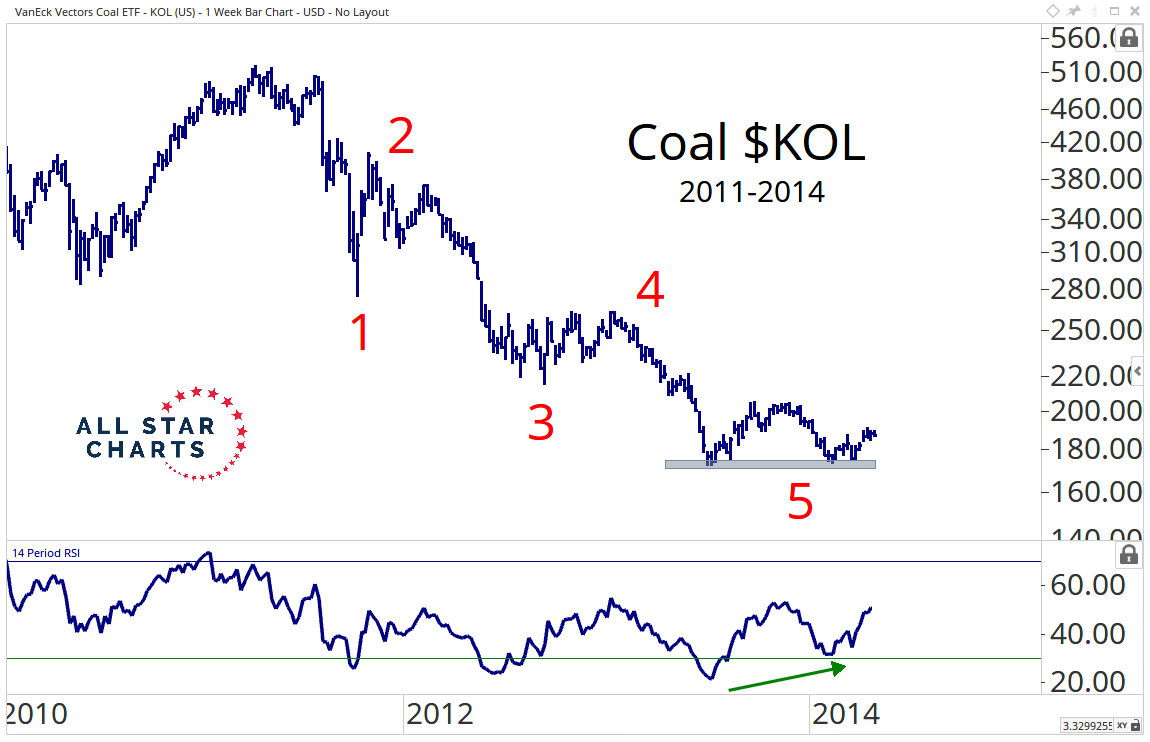 But when it’s NOT that, look out below.

The Coal ETF went on to lose another 70% from there: 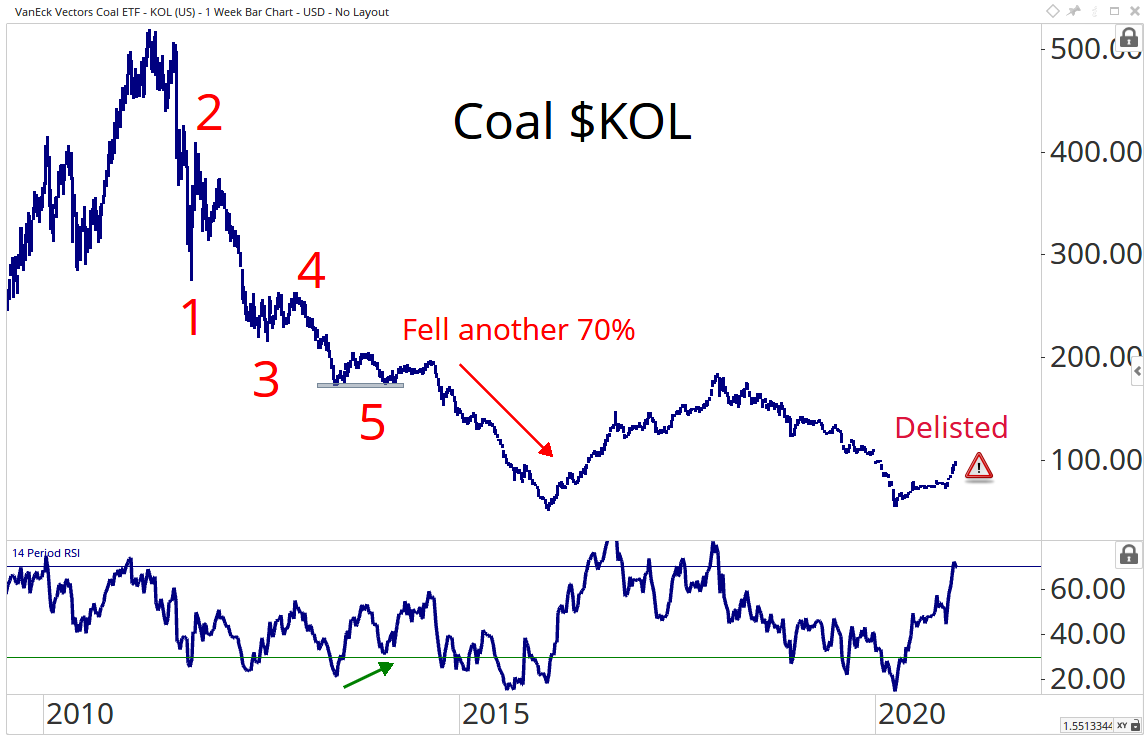 And now it’s no longer with us.

So sure, Bitcoin has presented us with a favorable risk vs reward.

But that’s all it is.

If we’re not then we don’t.

Which way do we go here?

Are you putting it on?