I think a lot of people are asking the wrong question. To me, it’s not whether or not Bitcoin is in a bubble? It’s whether or not the bubble in Bitcoin already popped?

This is Bitcoin week at Allstarcharts. I didn’t really intend for this to happen but the phone calls have flooded in lately asking for more technical analysis on the digital currencies (See Bitcoin and Ethereum Posts). It’s given me an opportunity to talk to a lot of smart people about things I know little about. They are fascinated by the fact that I analyze bitcoin by using simple math. For me it’s something I do every day for things like Microsoft, Apple, Soybean Futures, Euro/Yen, Gold and pretty much anything else that has enough liquidity. I analyze supply and demand. That’s it.

One of the issues I have about this whole Bitcoin bubble thing is the irresponsible nature of the returns reporting. Any idiot can pick a starting point and say, well if you would have invested x amount of Dollars into bitcoin on this date, then all that would be worth y today. Yes great, thanks. But how does this help? For me, the point is not to look at returns since inception, because that’s not really fair here is it? When we look at stocks, it’s from the IPO right? But plenty of value was built in prior to the initial public offering. Stocks too start at zero, in someone’s garage or basement or something.

What we care about when it comes to supply and demand dynamics is how the asset has performed since the bubble popped. In the case of Bitcoin, to me it’s crystal clear that a bubble popped in 2013. Again, it’s not that I’m suggesting it was “the” bubble, but an 86% crash from high to low? Yes, that is the definition of a bubble popping. The bitcoin enthusiasts argue that there were plenty of crashes prior to that, which is fine. Moving forward, from any sort of structural perspective, this 2013-2015 crash is our point of reference. Crashes prior to that led to that run up we saw into 2013.

Here is the 86% crash that I am referring to: 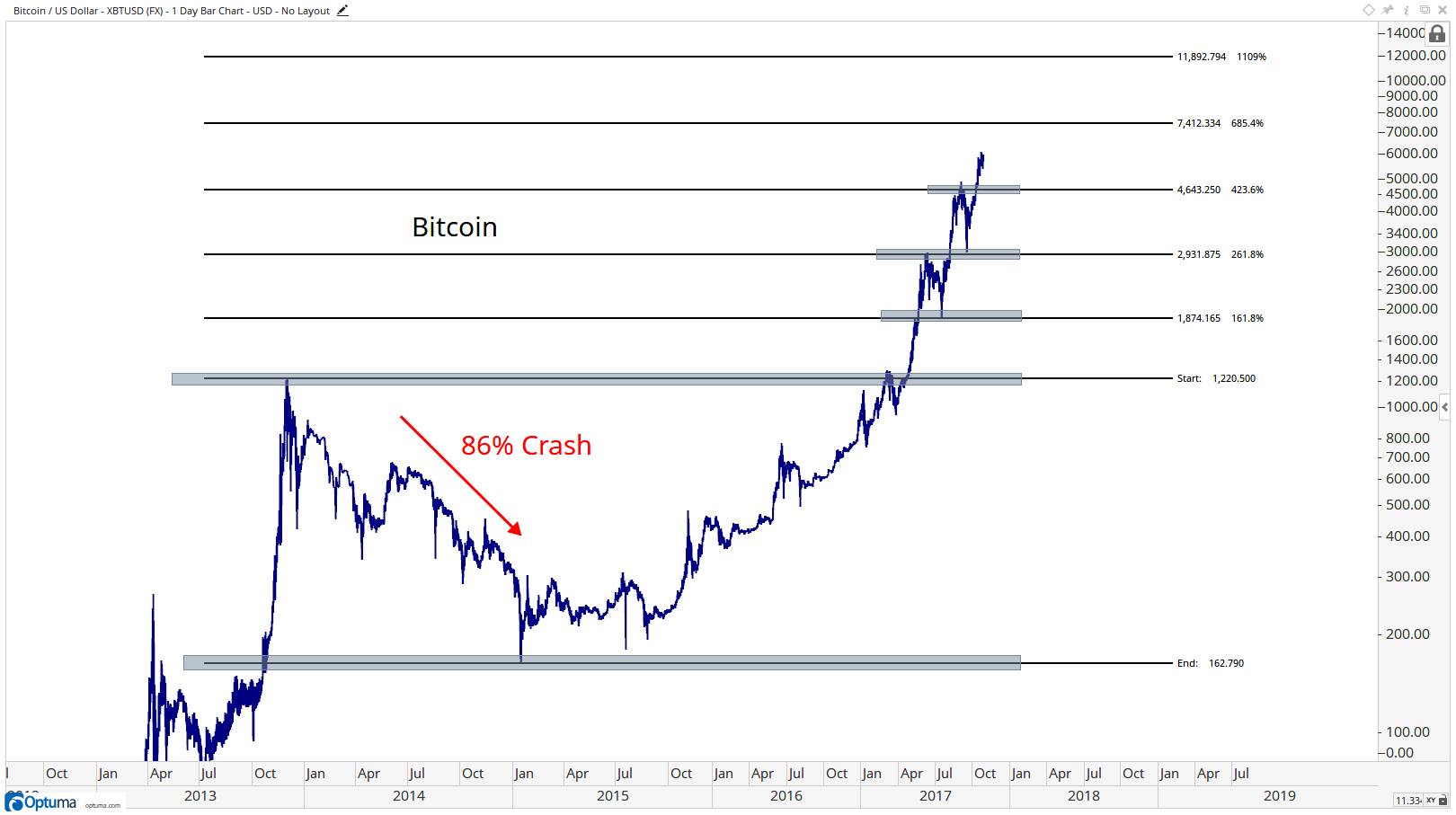 This to me is what we want to continue to focus on. We can then compare other things to it and see if the behavior since then is something abnormal, or if it is something we’ve seen before and likely to see again. See the math behind the Fibonacci Extensions.

For example, here is Nvidia stock with a similar crash in 2007-2008 where $NVDA lost approximately 85% of its value. As you can see, prices are right around the same extension levels as Bitcoin – right between the 423.6% and 685.4% levels. These two could not look more alike: 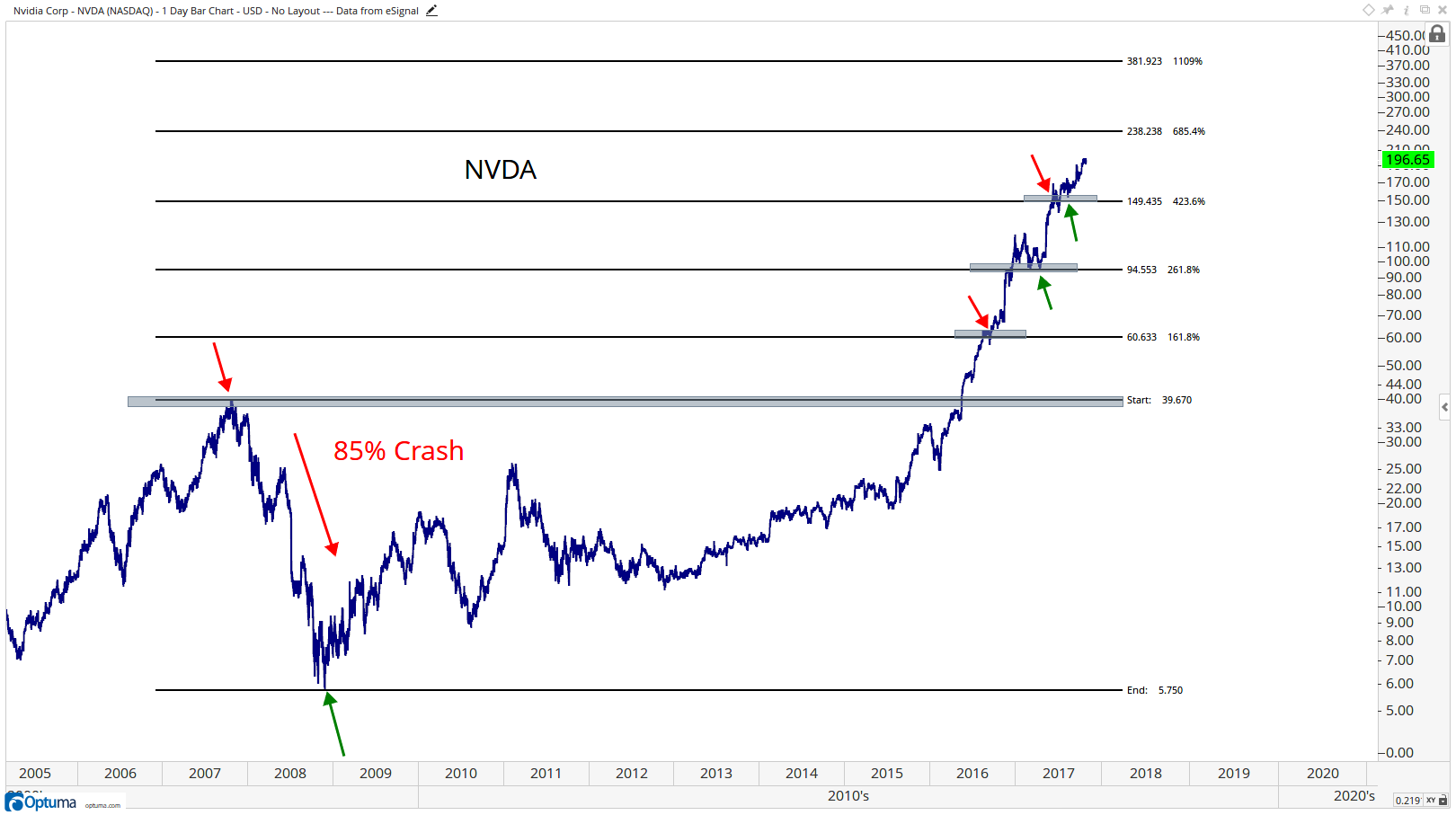 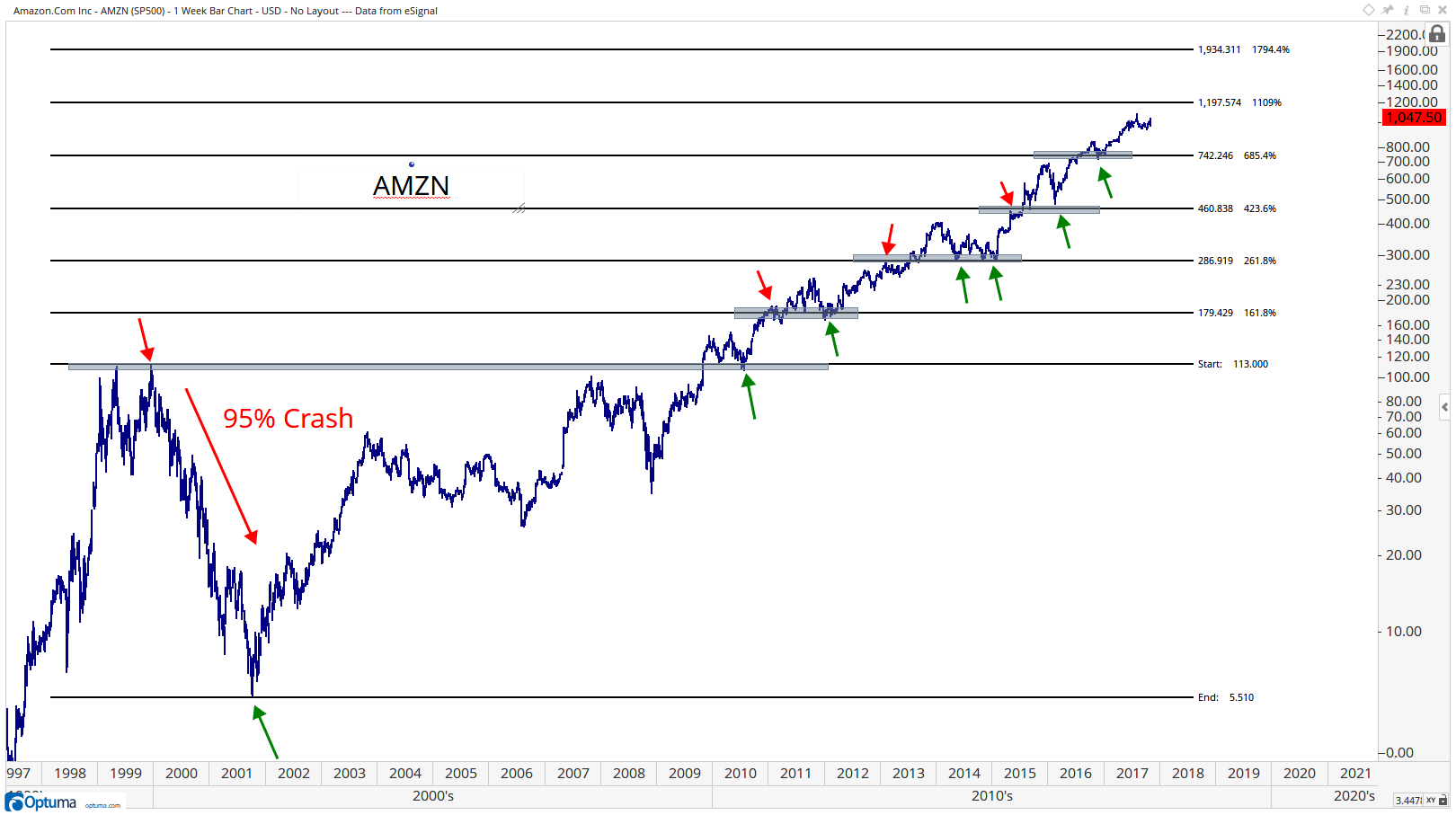 The equivalent would be if Bitcoin was currently somewhere around $9500. So to suggest that what we’re seeing in Bitcoin is some kind of bubble or something we’ve never seen before is irresponsible. This is actually behavior we see every day. 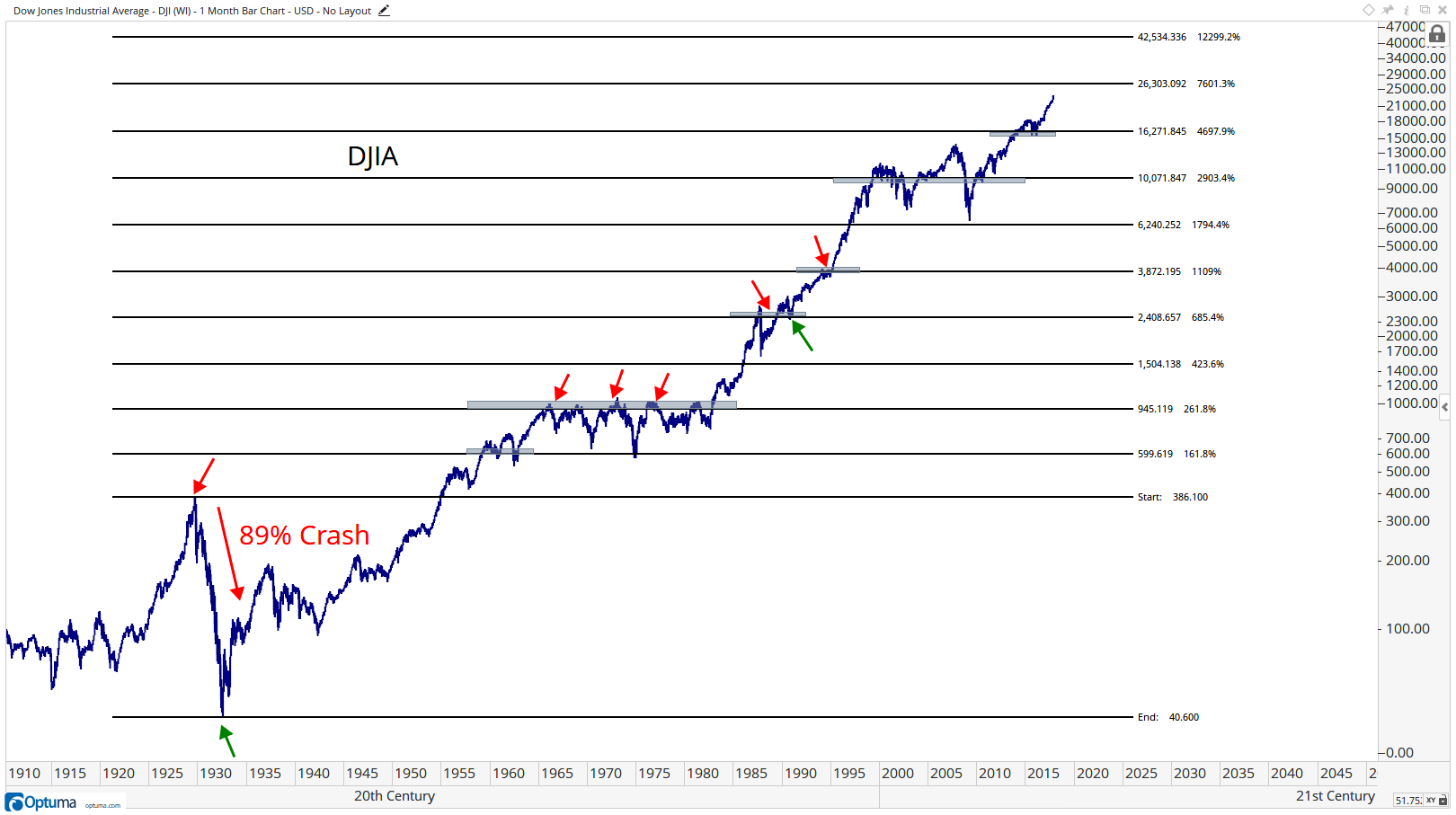 So it’s not so much about whether Bitcoin is in a bubble or not. I think it’s identifying the fact that a Bitcoin bubble already popped, recently actually. It recovered, and now it’s behaving like assets in uptrends have behaved in the past. I don’t see this is as anything unusual.

And just to be clear, I’m not one of these bitcoin cheerleaders. There are a lot of them out there writing books and starting businesses based completely on crypto-currencies. That’s great. But I am not one of those. Far from it, in fact. I really don’t care if Bitcoin triples from here or goes to zero. It won’t affect my life one bit. The risk vs reward is well-defined. That’s all I’m concerned with. We’ll let the market play itself out and then reevaluate after that, just like any other stock or asset class.

All of the Digital Currency charts are in the Chartbook and are updated with comments and annotations regularly. Sign in or start a risk Free trial here.