There has been some heavy selling in the energy names over the past month. I do a weekly review of all 30 Dow components using multiple timeframes, and it’s hard to find 2 worse names in the group than Exxon and Chevron. Both of them are making new lows on a relative basis and continue to disappoint in price itself also. These guys are obviously the biggest names in Energy, so it shouldn’t be surprising to see the Sector itself struggle. But what’s most interesting is that we are now back below the highs from 2008, which is a big problem.

Here is a weekly bar chart of $XLE the SPDR Energy Sector ETF. It’s very clear what is going on: in the Spring prices broke out to new all-time highs, but were unable to hold on to them. This week prices officially broke down back below those levels. This puts energy on “Failed Breakout” watch, which could mean trouble. In situations like these, particularly in a very strong uptrend, which this has been since 2009, a quick reversal back above the 08 highs would invalidate any bearish developments. However, any kind of downside follow through this week would confirm exactly what we’re worried about:

The old saying is that, “From failed moves come fast moves in the opposite direction”. In this case, a failed breakout could bring heavy selling in Energy as the relative strength has already been warning about. Here is a chart of Energy relative to the S&P500. Look at this thing hitting new lows as other sectors like Healthcare break out to new highs: 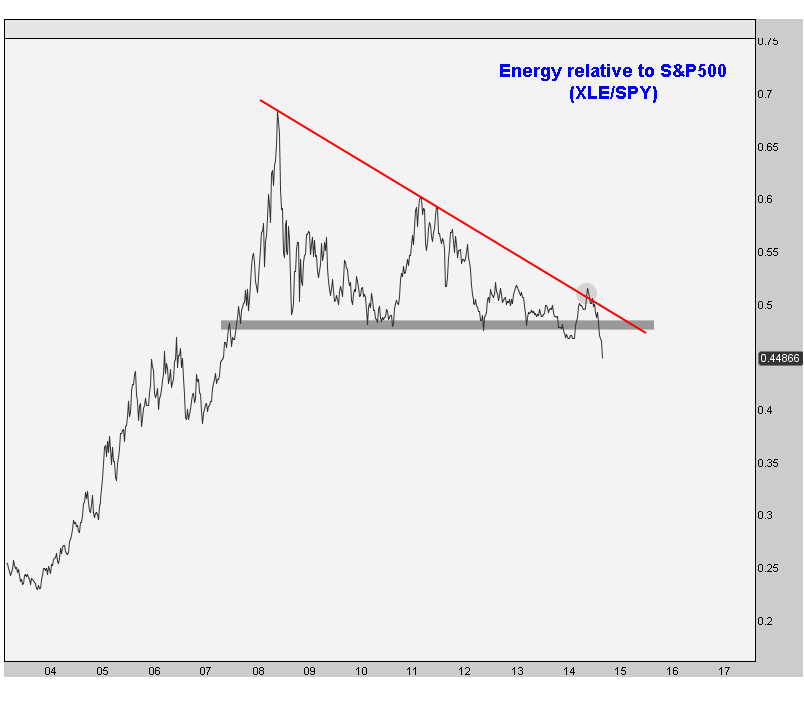 Another problem I see is the trouble with the Oil Services companies. OIH is the Sector ETF that holds companies like Schlumberger, Halliburton and Baker Hughes. Here it is relative to the S&P500 breaking down from a huge base. This is not good as the former support is now overhead supply on any future rally attempts: 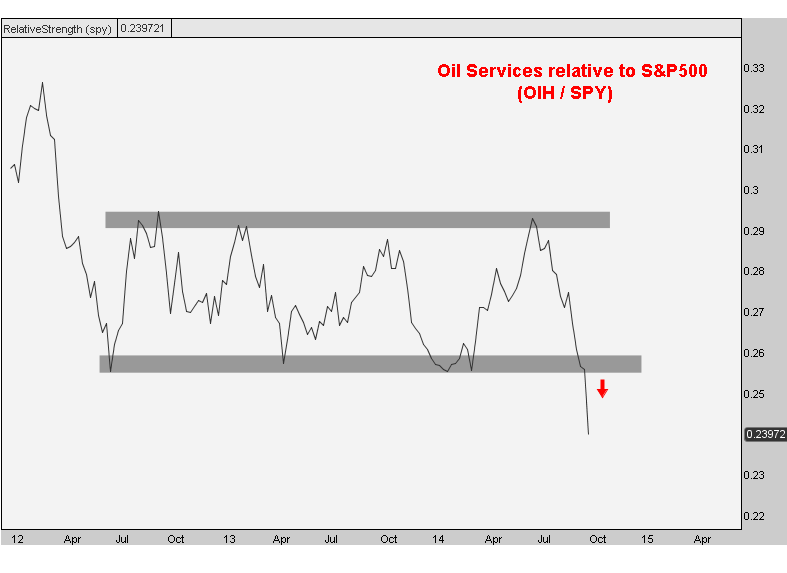 Here are the Oil Services themselves where we can see that last week prices not only broke the uptrend line from the 2012 lows, but also the horizontal support from prior resistance last year. These are very bearish developments, particularly as it breaks down relative to the rest of the market as seen in the chart above. 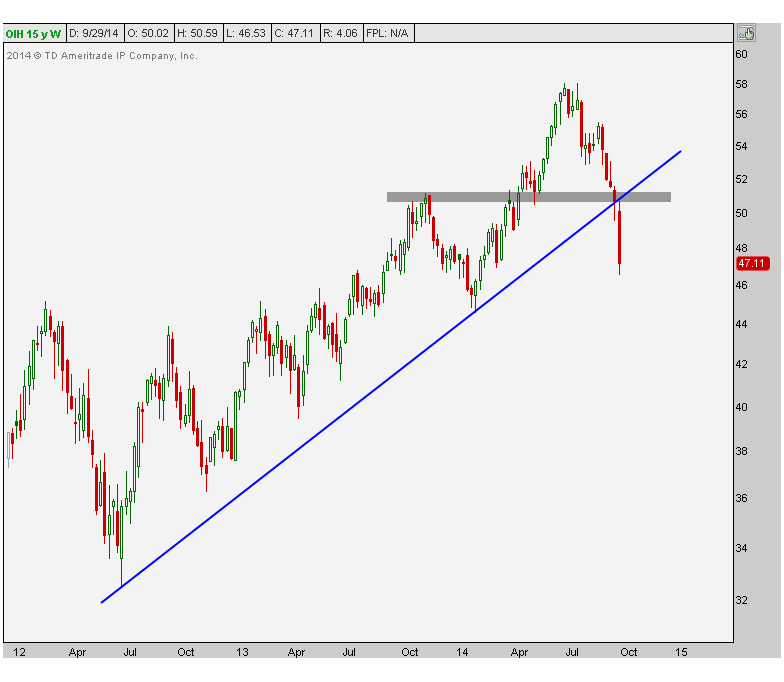 This is not somewhere we want to be. I would continue to fade any strength in energy. These are not characteristics of a bull market and suggest selling pressure in the near future is likely to stay. I’d take any rallies as an opportunity to either get out or initiate shorts. From a risk management standpoint, the support/resistance levels shown above are pretty clear. But I think bullish developments from this group are very much the lower probability outcome.

Members of Eagle Bay Solutions receive weekly updates on all of these names above along with over 50 other annotated charts and commentary. Also included are additional variables not mentioned here, trend and pattern recognition, Fibonacci projections and retracement levels and risk management procedures. Make sure to take advantage of our New Launch Special Offers