Assets in the strongest uptrends not only do well on an absolute basis, they tend to outperform relative to their alternatives as well. In the case of the S&P500, with new all-time highs last month, we’ve just seen lower highs relative to both Gold and US Treasury Bonds. This is NOT evidence of a strong uptrend.

The question today seems clear to me: Is the underperformance of stocks relative to other assets “The Divergence” that we’ll point to in the future as the heads up that something was changing? Or will we get relative rotation back into equities and this was just a temporary blip while stocks consolidated their massive 2016-2017 gains?

Here is that chart of Stocks underperforming: 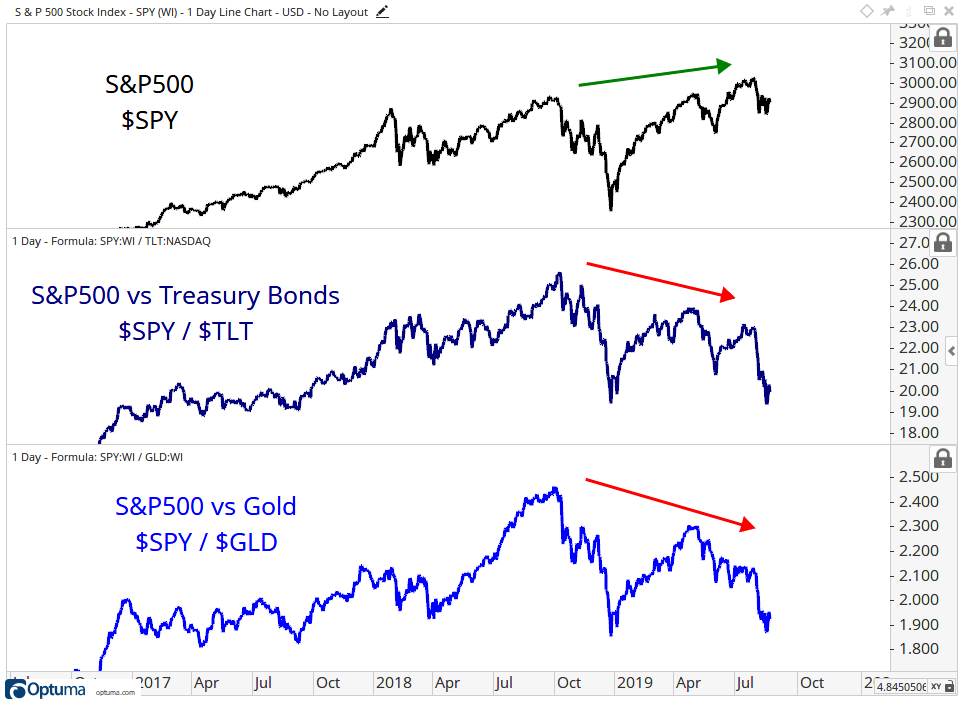 What’s interesting is that in Stocks relative to both Bonds and Gold, we are now back down to exactly where we were in late December, when stocks put in their lows. Will we see rotation back into stocks and out of Bonds and Gold like we did last time we were down here? 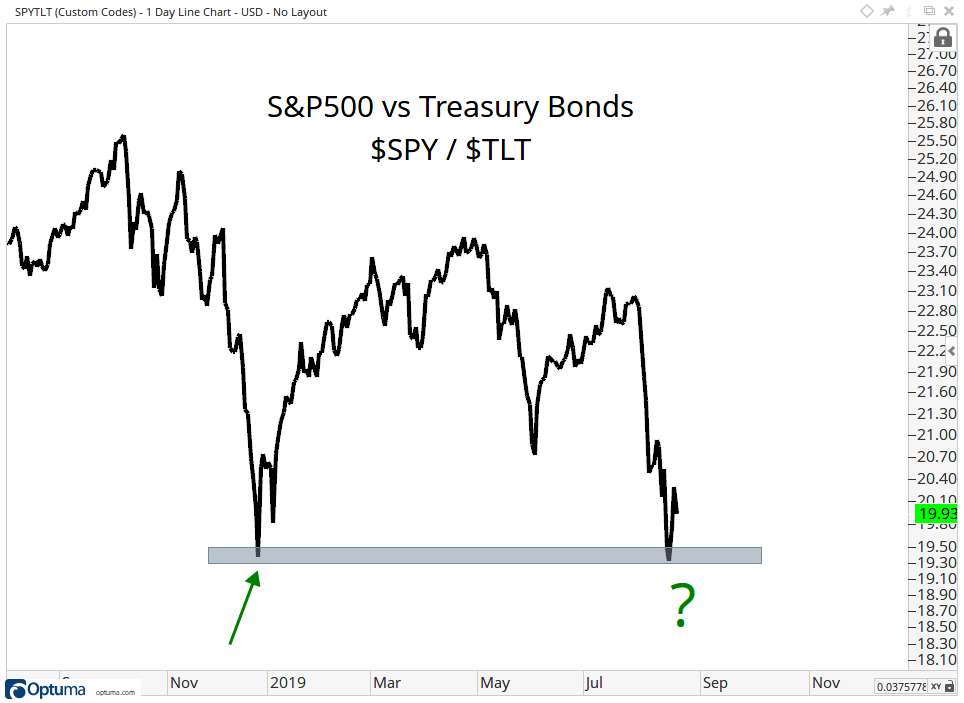 Look at Stocks relative to Gold: 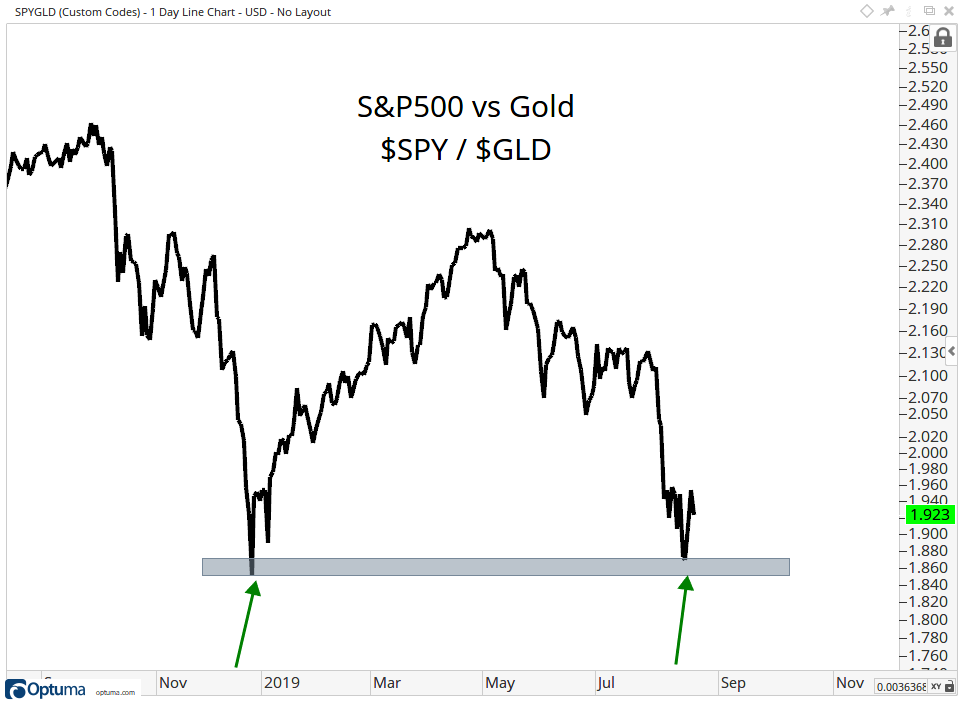 This is the big question. I think based on the weight of the evidence, breaking below the late 2018 lows on a relative basis would likely signal further consolidation in the S&P500 or, even worse, lower prices and heavy selling.

The ability for these relative charts to hold on to former lows would be constructive for stocks on an intermediate-term basis. This is what we’ll be watching as we close out the Summer and get into post-Labor Day trading.

What are you watching this week?