The memes going around those days were about how many days it had been since the S&P500 fell by over 1%.

And this was hilarious to me, of course, living in California at the time and people freaking out about the Trump victory at the end of 2016.

With sentiment down in the dumps entering 2017, that sparked one of the greatest return / least volatile years on record.

Every month so far this year has had at least that many: 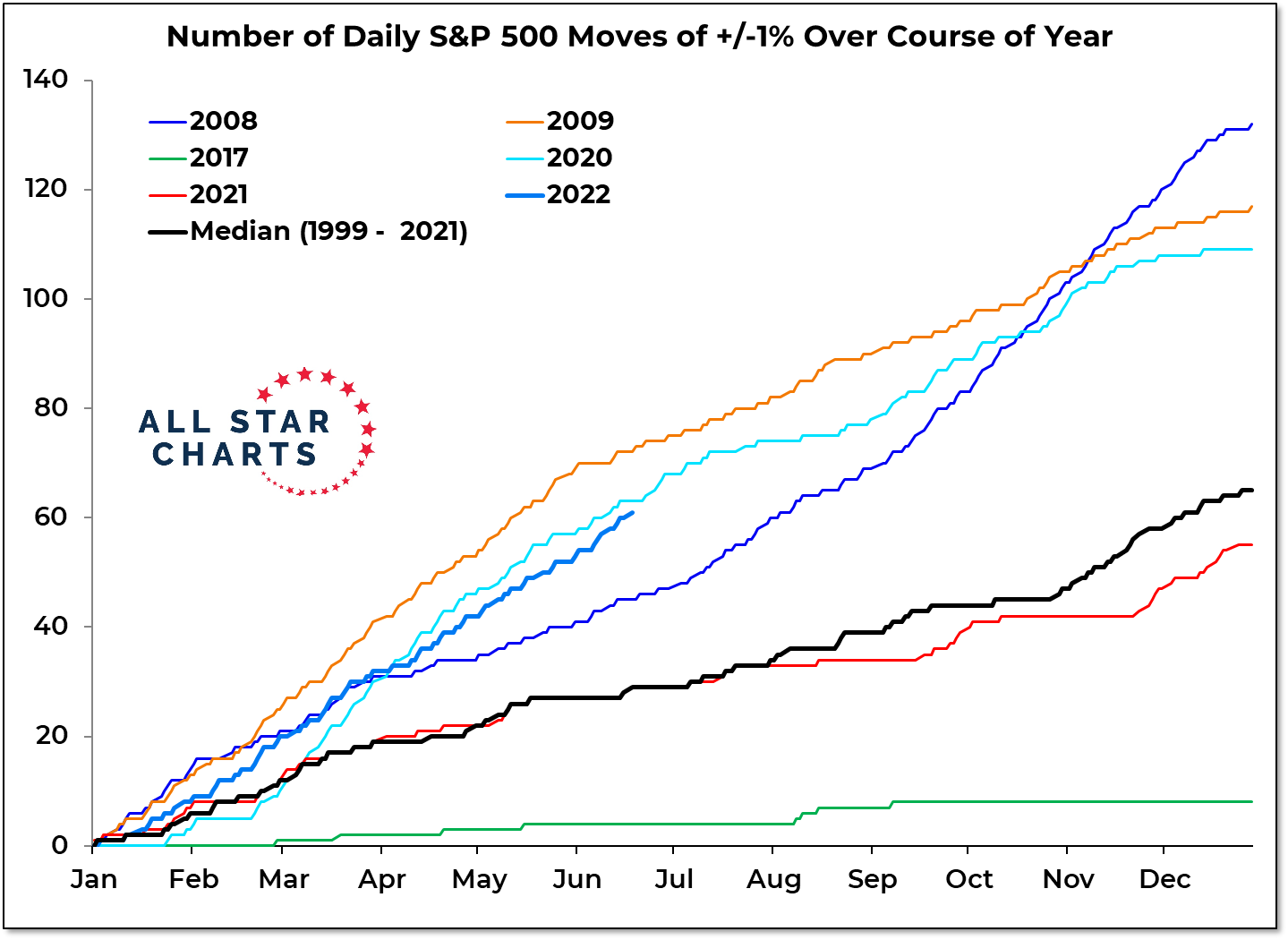 This bear market caught a lot of people off guard. The depth of the declines continues to surprise folks. I mean the average stock on the Nasdaq is down 42%.

And that’s just the “average” stock. Many are down way more than that:

That average Internet Stock has been cut in half.

The average Social media stock is down over 54%.

These are serious losses.

And yet, I’m still getting asked by people if we’re entering into a bear market for stocks.

Funny, I’m more interested in when I stop getting asked that question….

We discussed all of this and what we want to do about it on our Live Mid-Month Conference Call this week.

Make sure you give that video a watch and download the 100+ charts.

I promise there is nothing more important right now than what’s in that deck.

Give it a watch and let me know what you think!

I really do appreciate the feedback.

So keep bringing it!

Agree, disagree, hate me, all good. Let’s hear it!