One of the ways that I like to gauge how much risk-appetite there is out there from investors is to look at how companies of different sizes behave relative to one another. If investors are looking to put on risk, and by investors I mean big managers not small retail, they would likely look to outperform by allocating assets towards smaller and theoretically more volatile names that have more upside potential. If fund managers are looking for a correction in equities, in a lot of their mandates they can’t short or go to cash, so they try to hide in larger cap names that in theory would go down less than the smaller more volatile stocks.

Today I want to study how the Micro-caps ($IWC) are behaving compared to their larger, “safer”, less volatile counterparts. I’m seeing a big disconnect between them. Micro-caps peaked in March while the Large-caps went on to exceed those highs. When large-caps made their higher highs, Micro-caps put in lower highs and are now stuck below what appears to be a 200-day moving average that’s rolling over: 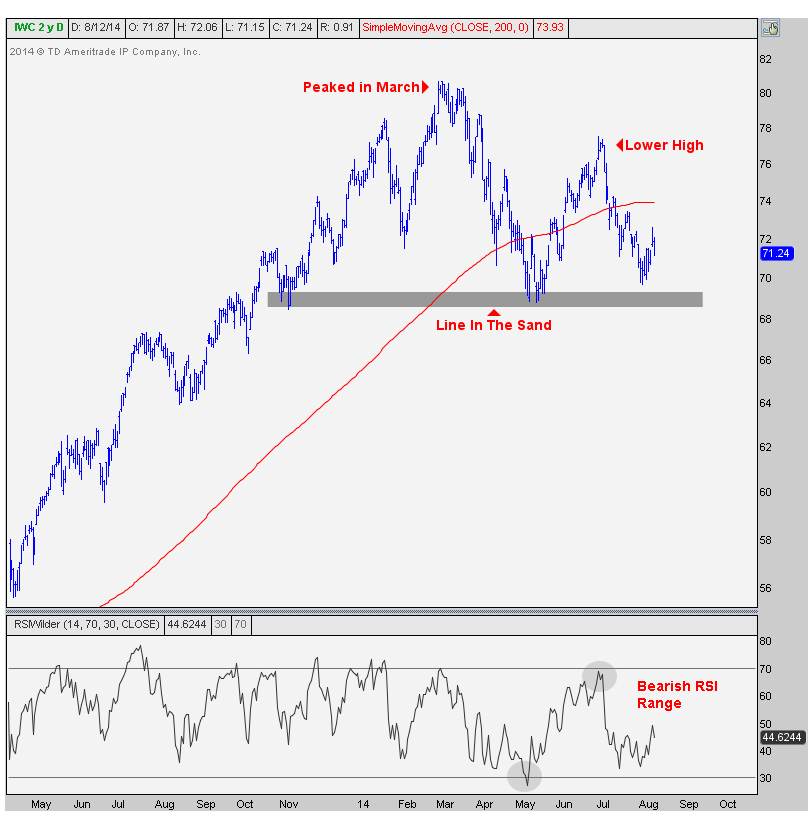 We’re using a 14-period RSI to plot momentum below price. Notice how Micro-caps have been in a bearish range for 6 months, meaning they fail to get overbought during rallies in price but fall below oversold territory in sell-offs.

Now look at how the Large-Cap S&P500 looks on exactly the same time frame. Prices made new highs, RSI is technically still in a bullish range, but momentum is rolling over a bit diverging negatively at the recent highs. Is this the first bearish sign out of Large-caps that the Micro-caps are already hinting about? 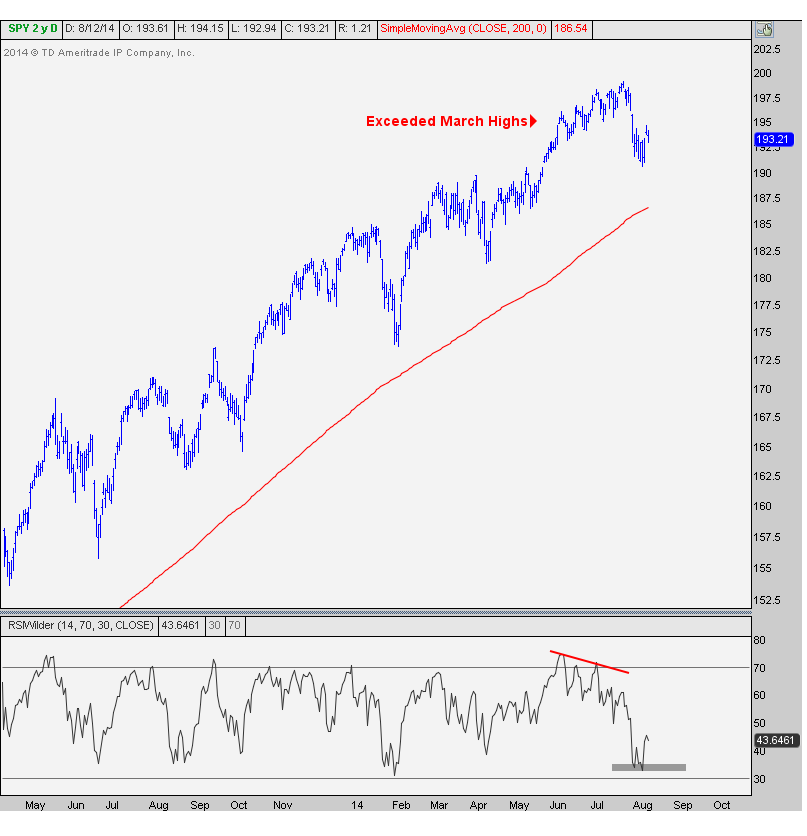 Now look at the Dow Jones Industrial Average made up of 30 humongous US companies. It’s structurally still much better than Micro-Caps as it is above its rising 200 day moving average, but momentum recently reached oversold conditions. In addition to now living within a bearish range in RSI, the DJIA also has a bearish momentum divergence similar to what we see in the S&P500. 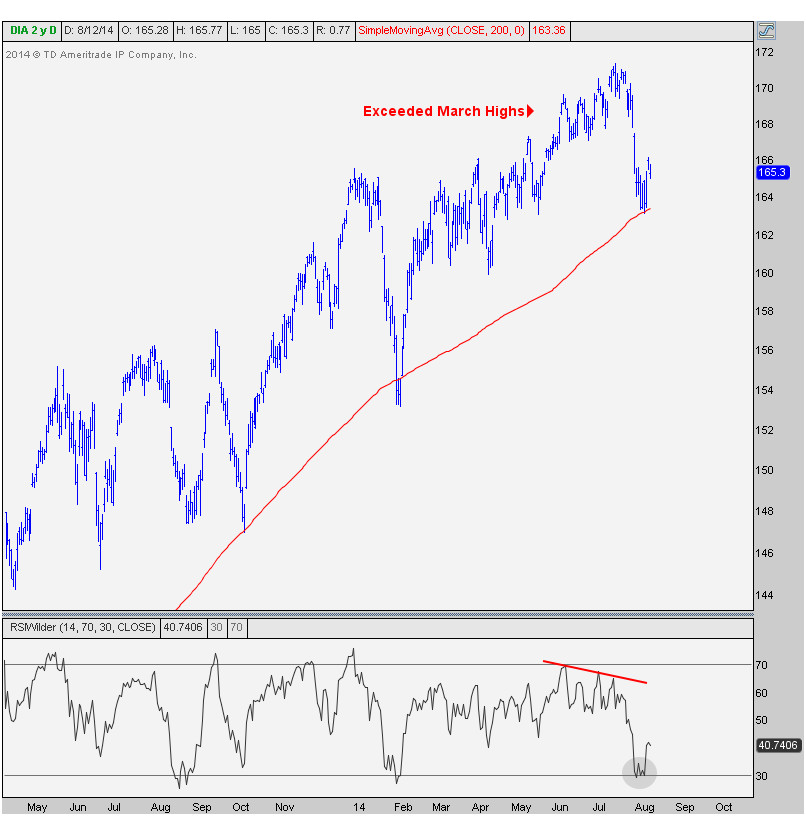 So I would keep an eye on that line in the sand for Micro-caps; let’s call it around $68.50. If we break and hold below that level, I would find it hard to believe that S&Ps and the Dow Industrials will head towards new highs territory. Anything can happen of course, but I just don’t see it happening that way. The correlations between them are high, so I would continue to expect Micro-caps to lead the way for the rest of the averages.

That’s what I see.

What are you guys looking at?