Late gains on Friday trimmed the S&P 500’s weekly losses to 2.1 percent. The last hour of trading prevented the stock market from having its worst week in nearly a year. There is a lot on the table going into this weekend so I would not be surprised to see some added volatility next week.

According to the Stock Traders Almanac, during the past 31 years since 1980, the four major U.S. equity indices have logged gains or losses of greater than 1% more than 20 times the week after July options expire. Jeff Hirsch said yesterday that, “A deal on the debt ceiling over the weekend will likely lead to bigger gains next week. But any disappointments from Washington or from the three housing releases and the Philly Fed next week could accentuate the negative bias of this volatile July week. European sovereign debt and economic issues also loom large “ 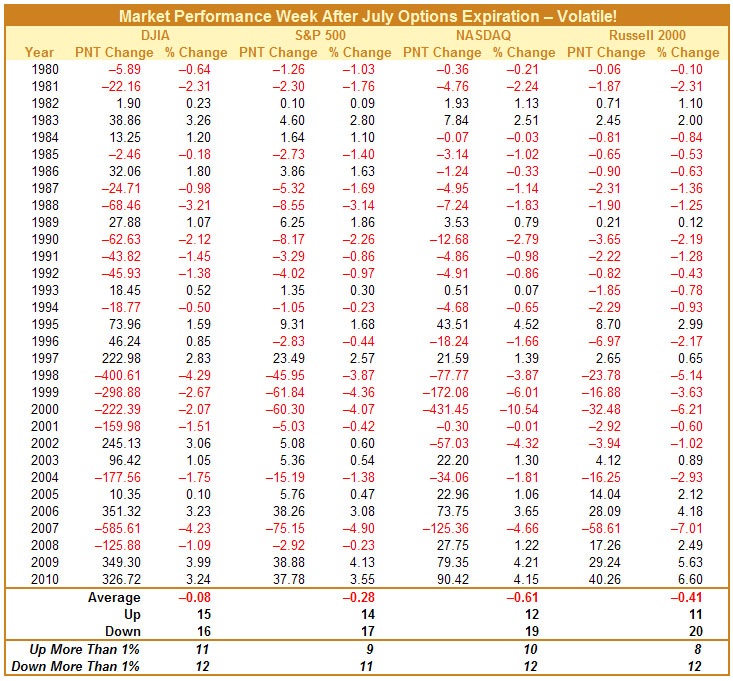