Today is the 7th anniversary of the S&P500 closing low in March 2009. This date, March 9th, has gone down as the historic low in the stock market after the financial crisis of 2008. But the truth is that the market of stocks bottomed out well before that. Let’s remember that the S&P500 is just 1 index with only 500 stocks. The majority of stocks had already bottomed by the time the S&P500 ultimately made its low towards the end of the 1st quarter of 2009. 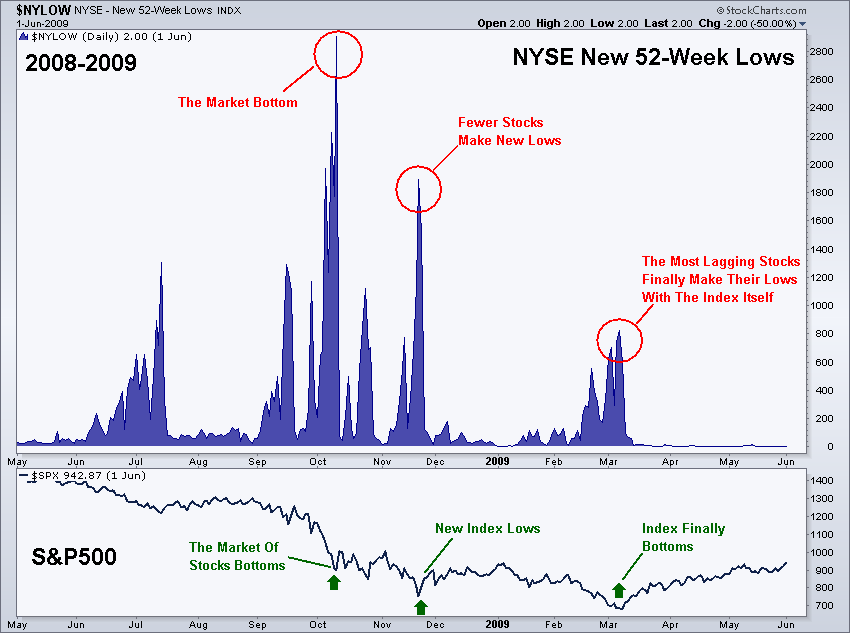 The point of this chart is to reinforce the fact that, at the end of the day, this is a market of stocks, not a “stock market”. I know it’s sexy to talk about, “What did the Dow do today?”, or “How did the S&P500 close yesterday?”, but there’s a lot more to this market than the indexes themselves. Let’s remember that these indexes are manipulated with different weightings, whether market-cap weighted like the S&P500 or price-weighted like the Dow Jones Industrial Average.

Another point that I think is worth making is that the stocks that bottomed out before the S&P500 Index, led the way higher. That relative strength showed up in 2008 and continued throughout and beyond 2009. I can give you 1000 examples, but here is one that stands out in my head. Notice how the Nasdaq100 put in its bottom in November of 2008: 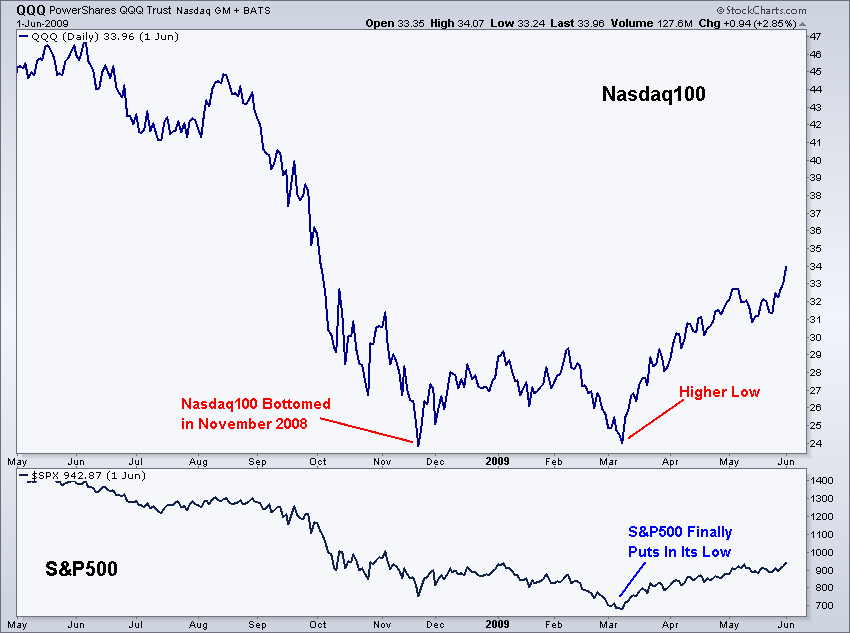 Here is what happened after that. The Nasdaq100 essentially doubled the performance of the S&P500 over the next 6 years. 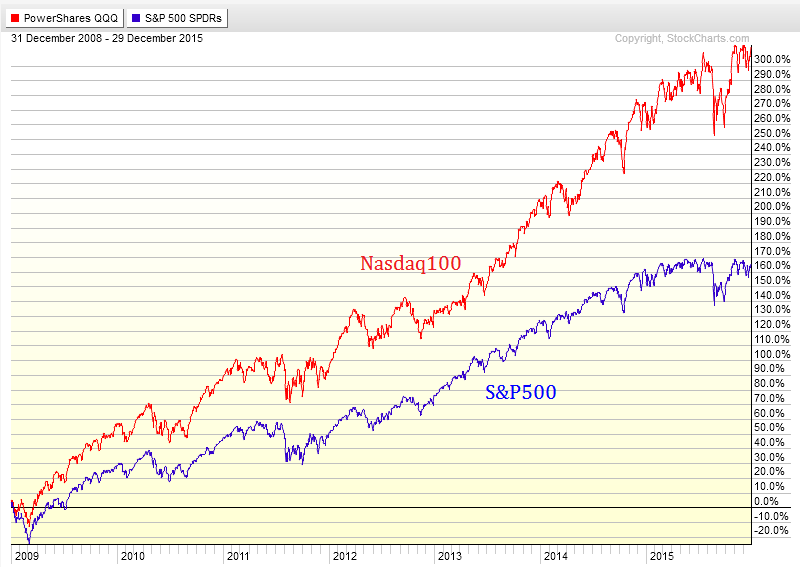 I can give you a lot more examples, like Consumer Discretionaries for example, but I think you get the idea.

Tonight Wednesday 3/9/16 is our Monthly Members Only Conference Call. If you’ve been considering a 30-Day Risk-Free Trial, now is the time. We are offering a deep discount that only lasts until midnight tonight.