It’s nice to be back in New York City after spending some time in Las Vegas for this year’s SALT Conference. I really find it helpful to spend some time away from the market and reevaluate everything that I’ve been thinking over the past few months. This is a very undervalued exercise in my opinion.

Over the last week I’ve been able to listen to and chat with some of the smartest minds in the game. I’m not here to name drop, but let’s just say the trip was a real treat for me. Some of the people I was chatting with are guys that I’ve looked up to for most of my career. It gave me an opportunity to think about a lot of things. 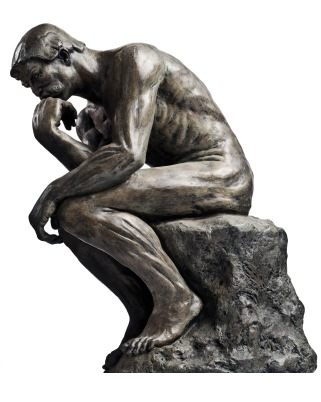 As you guys all know we came into the year very bullish about the bond market and didn’t see the point in buying stocks. The risk/reward just wasn’t in our favor. In December, you couldn’t find a single bond bull out there. Now, you’re hearing a lot more bullish chatter. This is one of the reasons I think bonds are due for a little bit of a break, at least temporarily. We also came 50 cents from our target in $TLT last week, so it’s not like we haven’t gotten a great move already. The risk/reward now is no where near as favorable as it was coming into 2014. The secret is out.

In terms of commodities, this has really been the big winner this year, especially in the agricultural space. For now, looking at $DBA for example, we probably only want to be long that space above it’s 50 day moving average. The risk/reward up here, as far as an entry point in concerned, isn’t a favorable one.

In the metals space, I still really like Palladium. Coming into the year, I called this my favorite chart in the world. So far up 15% year-to-date I see no reason to change my opinion. I like it on an absolute basis, but look at it compared to the other metals. It’s so much better than the rest of them that it’s a joke. Look at a longer-term chart.

When it comes to Gold and Silver, we’ve seen a nice tight consolidation over the past few months. I would wait for a resolution before making any commitments, but gun to my head it probably breaks lower for a retest of that 1180 in Gold. A breakout above 1315 would be a positive. So we’ll wait and see.

Back to the stock market real quick, I get asked all the time what my catalyst is to send stocks lower. My argument has been and still is that stocks have already been correcting. The S&P500 and Dow have been correcting through time rather than price (which is still a correction fyi), but the small caps and microcaps have been getting destroyed. If you recall, these were the former leaders.

The money flow also worries me. Money is flowing into value and out of growth for the first time since Fall of 2008. We’re seeing them buying the Treasury Bonds at a faster rate than the Junk Bonds; another problem. If participants are buying stocks, they are usually also buying junk over government debt. As mentioned earlier, money is flowing into Large-caps faster than Small-caps; another problem. Microcaps are down 12.5% since March.

The list of new 52-week highs on the NYSE continues to deteriorate. This is a “market of stocks”, after all. If S&Ps are going higher, you want to see broadening participation, not weakening. Every time S&Ps make a new high, fewer and fewer names are hitting new highs.

Another problem I see for stocks in the potential for a monster rally in US Dollars. I was talking a lot about that before I left for Vegas. While I was out there, I tried to mix this in to a lot of my conversations. I came out of this trip with confirmation that nobody expects a rally in US Dollars. This sentiment is not just anecdotal, but the data confirms it as well. The catalyst looks to be the Euro. Remember the Euro represents a majority percentage of the US Dollar Index. As $EURUSD rolls over at this 6-year downtrend line, it puts buying pressure on the Dollar index. Think about it, if US Dollars explode here, it probably means stocks are getting hit simultaneously.

These are some of the things that have been on my mind over the last week. I’ve really been doing some reevaluation of everything I’ve been thinking so far this year and wanted to share some of this stuff.

What are you thinking here?