Is it finally upon us?

We’ve only been waiting since last February.

But just two weeks into the new year and the market is starting to look much different. Last year we saw leadership out of the defensive sectors like Healthcare, Utilities, and Consumer Staples, which helps to explain the inability for US Stock Indexes to make new highs in the second half of the year. The S&P500 closed flat for 2011 and 9% off the Spring highs. This year, however, we’ve seen leadership out of Materials, Financials, and Industrials. (When was the last time you read ‘Financials’ and ‘leadership’ in the same sentence?)

Look at last year’s performances by sectors – dominated by defensive names. It really stands out on this chart: 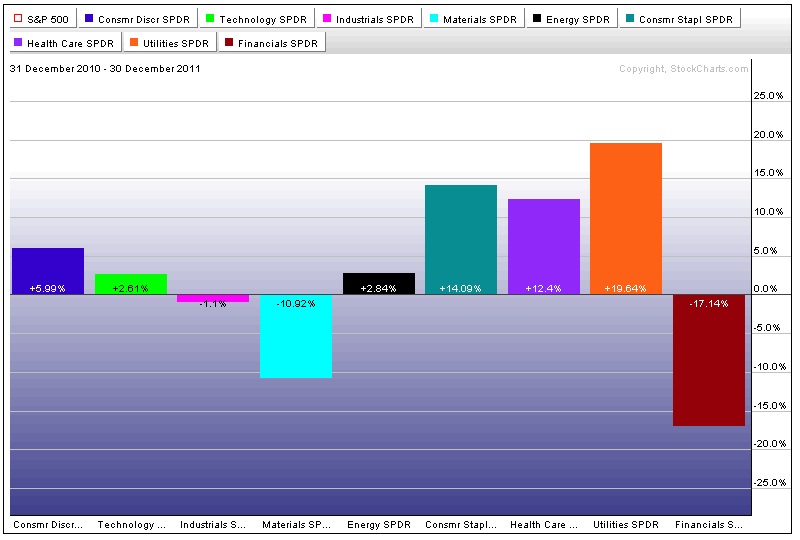 and now look at the first two weeks of this year: 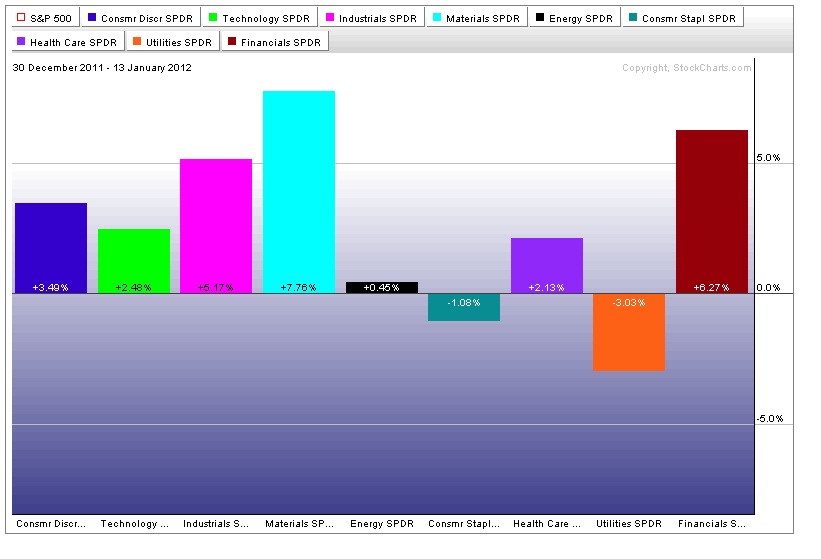 Much different story right? When market participants have an appetite for risk, money is going to flow into these offensive sectors at a much faster rate than the defensive sectors. It’s only been two weeks, which means we have 50 more to go and the data could certainly change. But if this market is going higher, like I think it will, then we want to see further outperformance from this year’s leaders.

Anyway, it will be interesting to see how much of that was already priced into this market. The price action in equities this week suggests that most of it probably was. Especially with the strength throughout the day Friday as rumors of the downgrades were already circulating.

Long time before Tuesday at 9:30. Enjoy your long weekend!