The big level that I’ve been watching in S&Ps has been that 1880-1890 area representing support in August and September, which was also resistance back in early 2014. To me, this has been the big line in the sand. I see no reason to be short this market if prices are above those levels, and we’re finishing up the week above it. So now what?

Structurally speaking, I don’t think it changes anything bigger picture. We are still in a downtrend in U.S. Stocks as the weight-of-the-evidence suggests that we ultimately head much lower. We saw more new 52-week lows on the NYSE this week than we did at the August lows, an expansion in weakness, in other words. Financials have collapsed on a relative basis, hitting fresh multi-year lows as the important components like Goldman Sachs hit fresh 52-week lows this week on both an absolute and relative basis. Small-caps vs Large caps are completing a massive mulit-year topping pattern, and globally, markets are getting crushed across the board.

Now, tactically speaking, I see little reason to be shorting U.S. Stocks right here, specifically the S&P500. I think we can get a squeeze up towards 1980 where I would be selling into, either taking off long positions or looking to initiate shorts. This is still a sell strength market, not a buy dips environment from any kind of intermediate term perspective. We might even see 2000 in the S&P500. That isn’t out of the question at all. 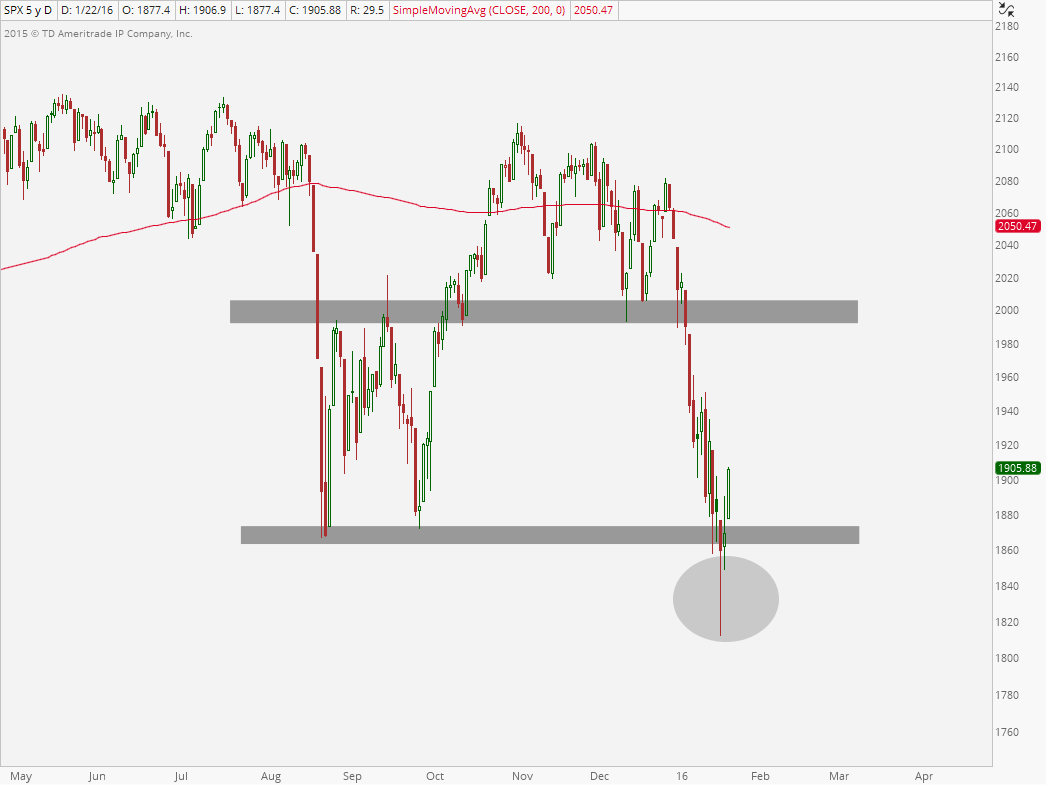 One thing that stands out to me is Energy. We saw a bullish momentum divergence at the new lows this week on both daily and weekly timeframes. I think this can be the catalyst to take the market higher. 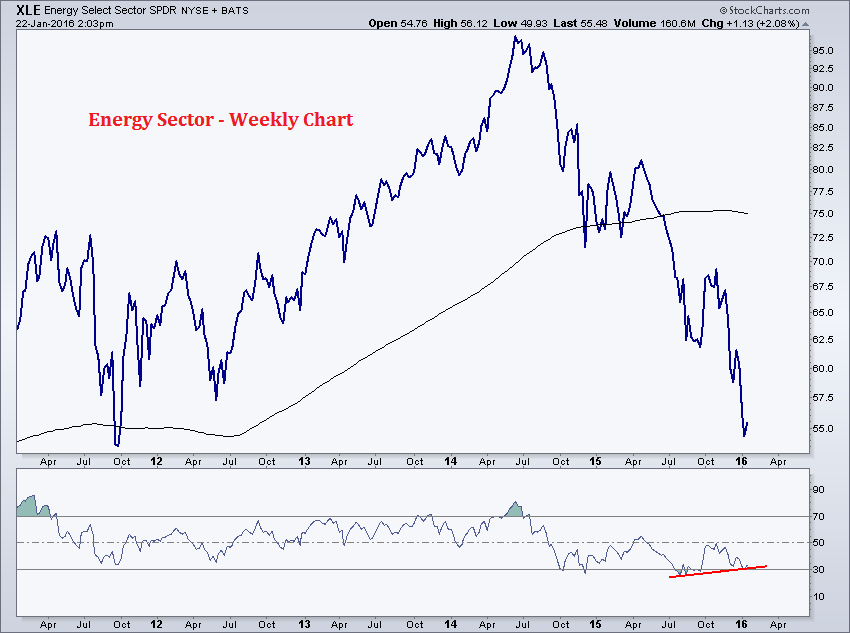 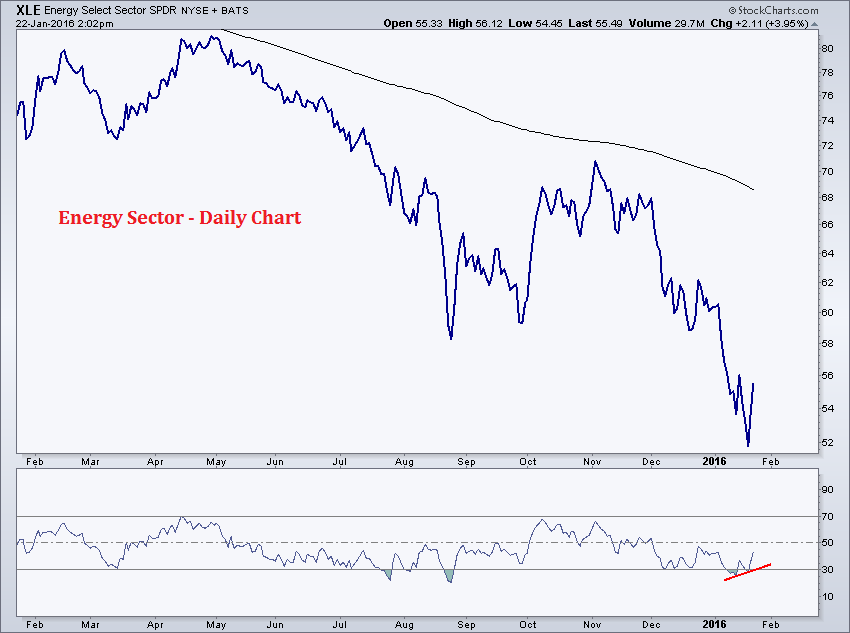 We are also seeing this relative to the S&P500 as well: 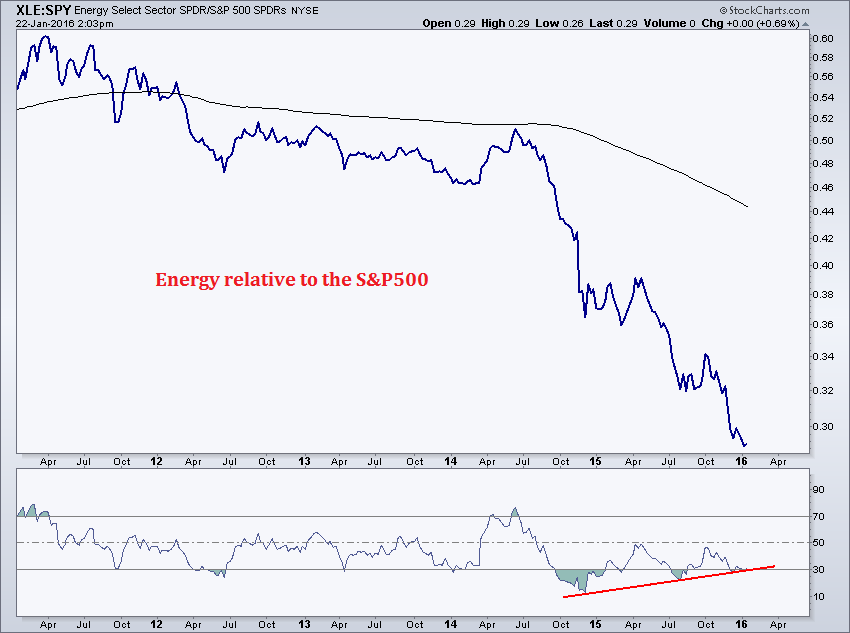 Also, I think it’s worth noting that Crude Oil put in what appears to be a failed breakdown below what was the 161.8% Fibonacci extension of the August-October rally. That could spark a rally as well: 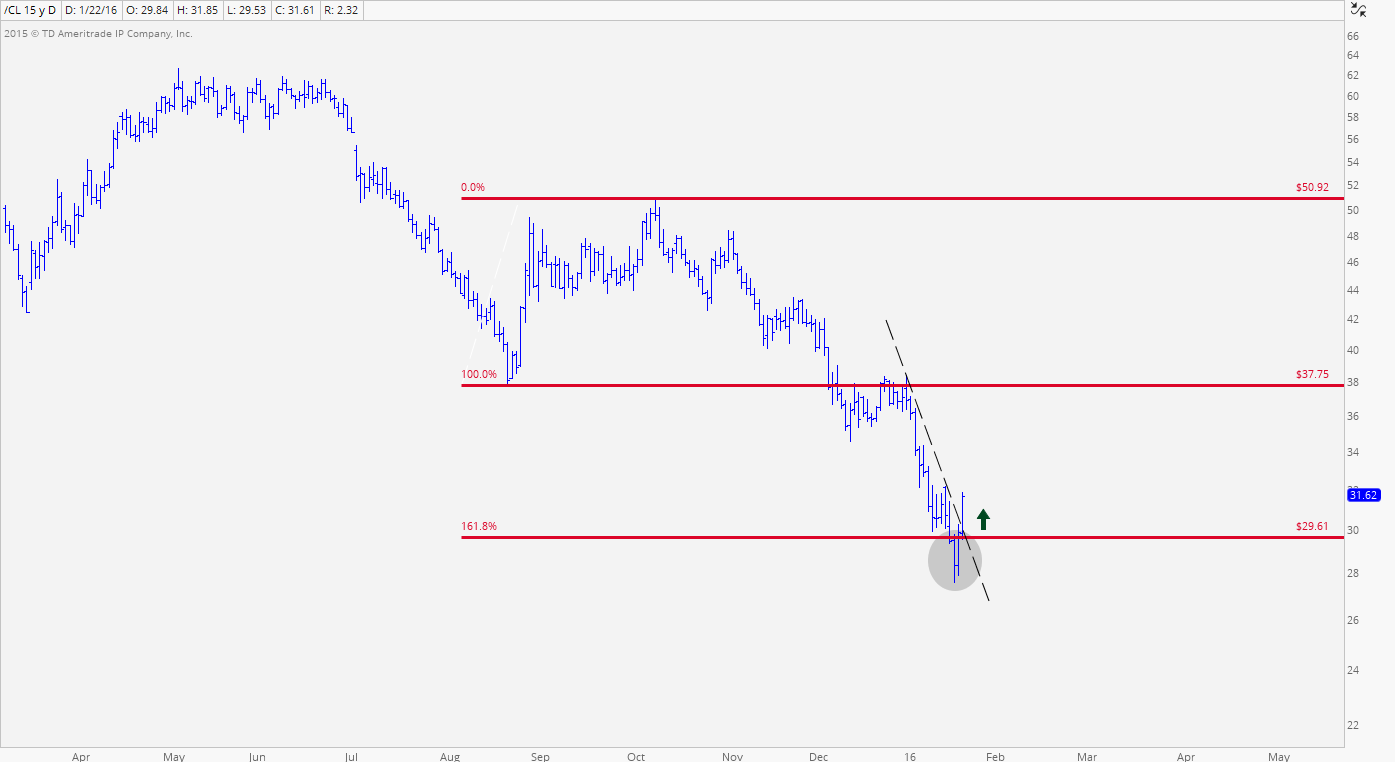 All in all, I think this week was constructive short-term for stocks. Also worth pointing out is that one of the defensive leaders in the market recently has been Consumer Staples. This sector, on a relative basis, is running into trouble up here. A pull back in relative strength for staples would make sense during a counter-trend rally in stocks. 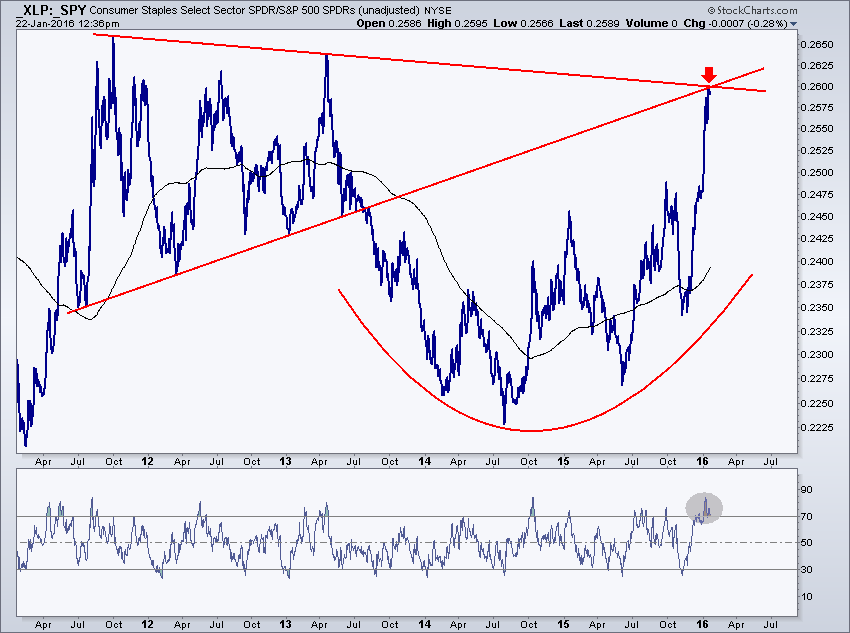 Same with U.S. Treasury Bonds heading into resistance above what is still a downward sloping 200 day moving average. A pull back here coinciding with a market rally also makes sense: 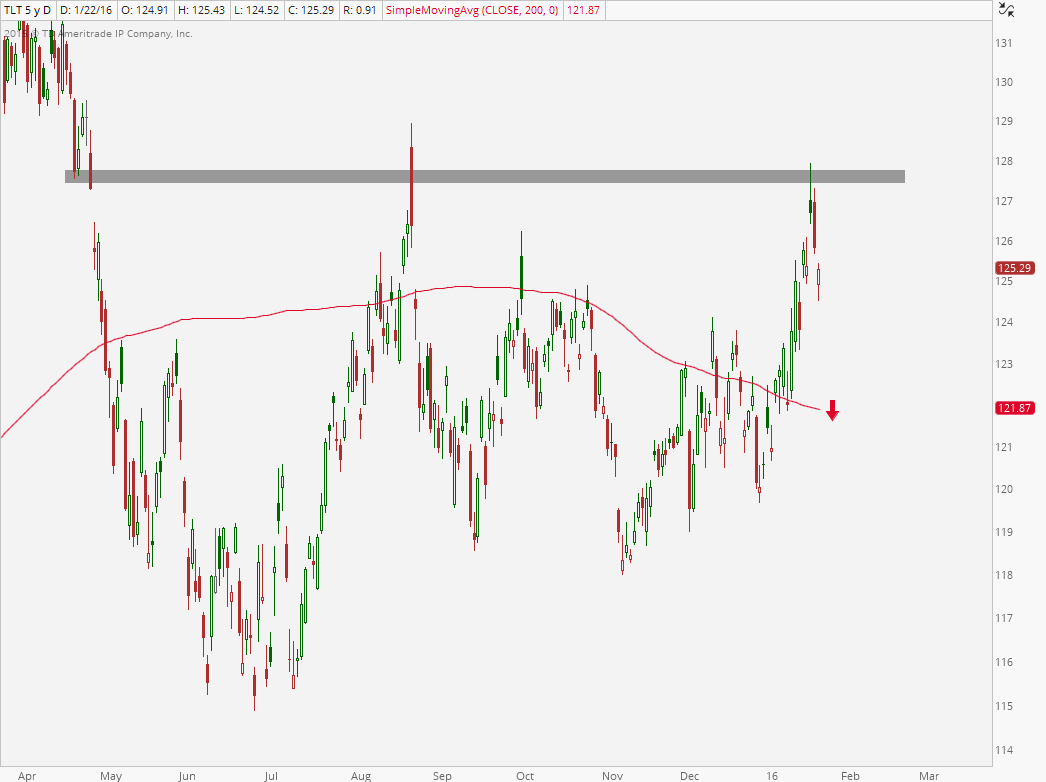 Remember, I’m still in the camp that this is just a counter-trend rally within a bigger structural decline. Historically, these tend to be the most powerful. A lot of shorts could get squeezed hard here. I still see no reason to be short if we’re above the September lows in the S&P500. But see no reason to be long either, if we are below that. I think ultimately we break this week’s lows and head a lot lower.  This is all about defining your time horizon.