It’s been awfully lonely being a China bull over the past couple of months. All I keep hearing is how China is falling apart and slowing and all sorts of negative sentiment towards the country and its stock market. In the real world, however, where we are forced to live and where only price pays, we’ve seen emerging markets dominating for 2 months and I think the squeeze higher we’ve seen in China is just getting started.

First, here is a chart of the Shanghai Composite breaking below last August’s lows to start the new year. After a couple of months down there, we are now back above those former lows confirming a failed breakdown. I think this is the catalyst to continue to send Chinese stocks soaring: 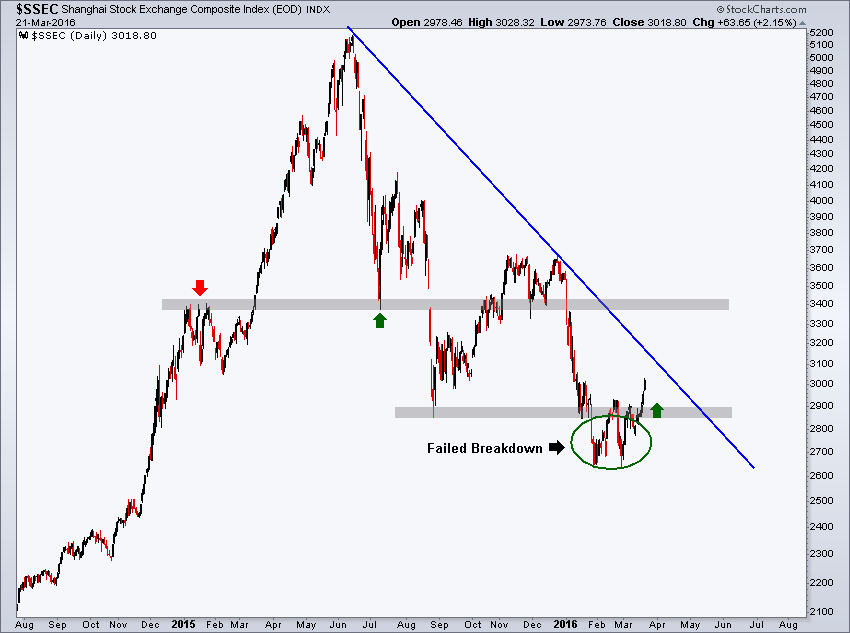 I’ve been bullish China since the first half of February and still think there is room to run. Here is the popular China ETF $FXI hitting our downside objectives last month which was based on the 161.8% Fibonacci extension of the August-October rally. This is where we wanted to be covering all short positions and flipping long. At this point, we are now back above the August lows and now also above the downtrend line from last year’s highs: 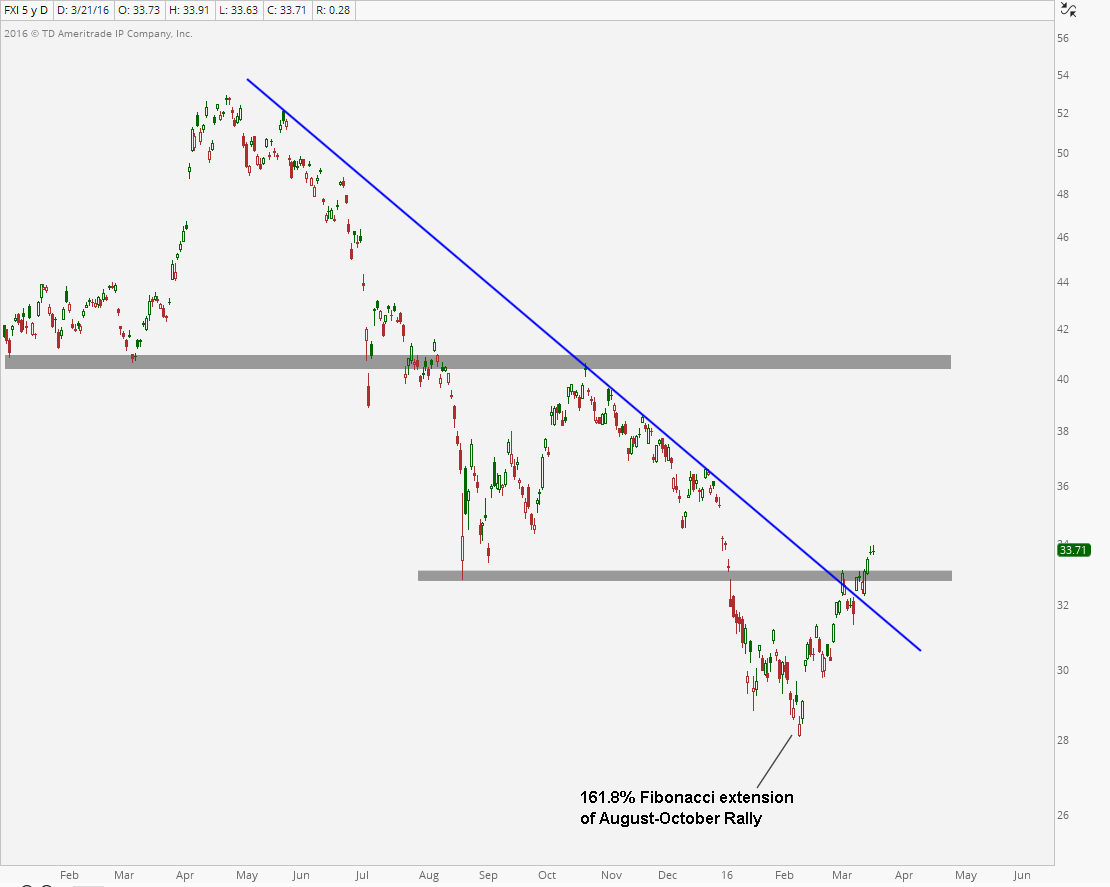 Looking bigger picture, $FXI is back above all of this former support from the past few years. Notice how the failed breakdown we saw over the past couple of months went down to kiss the 2011 lows. Not only were we able to stay above those 2011 lows, but we are now back above the 2012 and 2013 lows. This failed breakdown has been the catalyst to send China shares higher and we’re now holding above the downtrend line from last year’s highs: 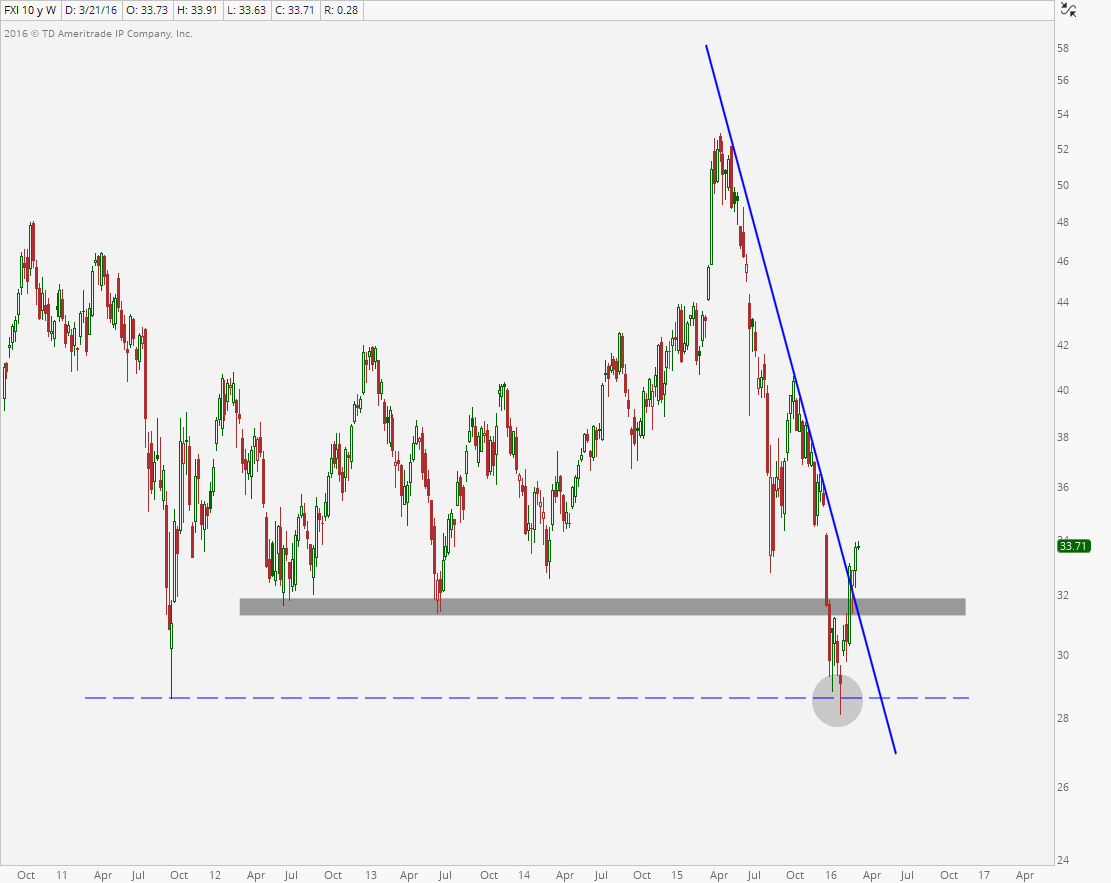 Here is a ratio chart of the USA vs China using the S&P500 and Shanghai Composite to express it. We saw new 52-week highs the past few months in the S&P500 vs Shanghai. Momentum, however, diverged negatively on these new highs. I think this will be the catalyst to send this chart much lower. In other words, I think China outperforms the U.S. going forward and this uptrend line from last Summer’s lows eventually breaksdown: 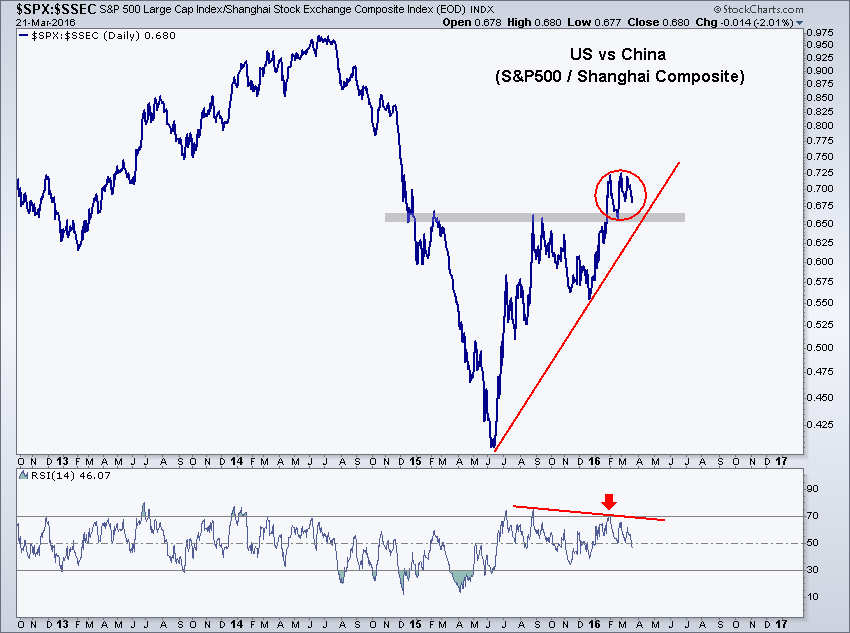 We’ve liked China since last month and have wanted to own $FXI as long as we were above $28. I still like it and want to be taking profits above 40, which is still another 20% higher than current levels.

For regular updates about Chinese Stocks become a Premium Member of All Star Charts.