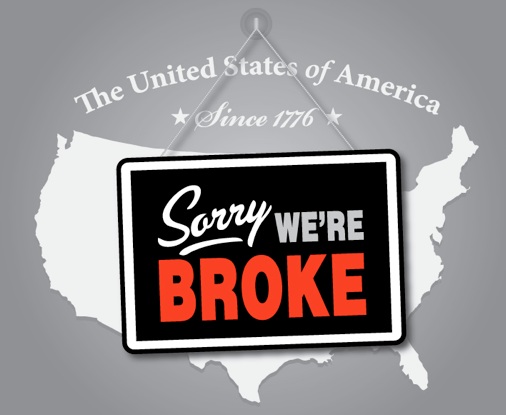 Something felt different when I woke up this morning. I had trouble sleeping. Tonight I have a wedding out in Jersey where I’ll be hanging out with a bunch of Citigroup guys, a couple of Bond traders that specialize in trading 2s & 10s, and an institutional derivatives broker. There will be some interesting conversations had this evening over cigars and single malt scotch. Not sure if I’m looking forward to those talks or not. It was last night that I found out the news about the downgrade. I met up with a colleague of mine after a few cocktails at Johnny Utah’s with some UBS guys. Apparently this is where they take their interns to ride the bull on their last week on the job. It was actually pretty funny watching this kids get thrown off the bull. They were having a blast, so I don’t feel bad laughing about it.

I’m not really sure how the markets are going to react Sunday night. How much of this was priced in? None of us are surprised by this right? Rumors were circulating on Twitter Friday morning, so its not like the downgrade came totally out of left field. Last night King World News interviewed Dan Norcini, legendary Jim Sinclair’s chartist, to get some idea of what type of action to expect as soon as market reopen for trade.

When asked about the downgrade Norcini replied,

“The ratings agency, Standard and Poors, downgraded US long term debt from AAA to AA+.  This marks the first time in history that the AAA rating of the US has ever been downgraded.  While the downgrade was not totally unexpected, nonetheless it is still an historic event.”

“The downgrade underscores just how severely the US financial balance sheet has degraded as the total federal debt is now at 100% of GDP and looks to be rising in the immediate years ahead.  History teaches us that nations which reach a Debt to GDP ratio of 90%, soon begin a process of economic deterioration.  The US is will not be an exception.”

When asked about the impact on markets Norcini stated,

“I would expect the immediate reaction to the news in Asian trade Sunday evening will be to see the US Treasury markets open lower in a knee jerk reaction with gold opening higher from the get go.  Whether or not the bond markets recover is unclear at this time since some of this might have been reflected in the move lower in the bonds just before the close of Friday trading late in the afternoon yesterday.

I think the fact that the other two rating agencies, Moody’s and Fitch, did not downgrade might take some of the heat off of the bond market.  Had it been a downgrade by all three of these majors, the impact would likely be much more severe.

Keep in mind that the ultimate “rating” of US Treasury debt will be made by the markets.  If investors world-wide still feel comfortable holding US Treasury Debt in spite of the downgrade and at current interest rate levels, then the impact of the S&P move will be blunted and soon disregarded.  However, if we begin to see similar moves by the rating agencies towards US agency debt such as that of Fannie and Freddie, then the impact is going to be felt.

The worst case scenario is that interest rates rise on everything from car loans, home mortgages, home improvement loans, etc, but particularly on borrowing costs for the US government, which could add billions of dollars to the cost of servicing its debt.

Whether this materializes is unclear as we will have to wait to see how the markets respond.  It could well be that if we see the European Central Bank, the ECB, follow through on potential buys of both Italian and Spanish debt and confirm that as a certainty over the weekend, that the risk trades will come back on in a big way putting further pressure on the US Treasury markets as traders unload recently purchased bills, notes and bonds and move towards stocks and some commodities once again.  If this does occur, then the selling in the bonds could turn quite fierce.

The flip side is if the ECB fails to confirm those bond purchases or traders doubt that the preconditions for such buys will not be effected by politicians from Spain or Italy.  If that turns out to be the case it would stoke fears of defaults or further downgrades to the bonds from those nations and would once again set investors on edge, setting off another wave of selling in the global equity markets just like we witnessed this past week.

That would send money back into bonds creating the potential to negate any selling due to the downgrade from S&P.  Safe haven flows into the bonds would probably be of sufficient size in that case to outweigh or absorb any downgrade related selling.

In either case, this serves to underscore the safe haven status of gold.  If the so-called “safest investment on the planet” (US Treasury debt) may not be as sure a bet at current yields as it once was, where do nervous investors park their money?  This should continue to provide a good floor of buying support beneath the metal of kings.”

JC here – I’m definitely not an expert when it comes to the ratings agencies decision making process. As a humble technician it appears to me that they’re not experts on the subject either. I seem to recall some issues during recent credit crisis in 2008.

Norcini seems to believe that money will continue to flow into Gold. I can’t say that I disagree. We have been talking about this for a long time. I’m curious to see how the Dollar, Treasuries, and Equity futures react on Sunday night. I would not be shocked if 7PM Sunday and 930AM Monday look very different. Stay tuned….