The Dow Theorists are flipping out.

What this group wants to see is the Dow Jones Transportation Average make new highs whenever the Dow Jones Industrial Average takes out a previous peak. Dow Theory states that they need to confirm each other. In an uptrend both should be making new highs, and when one doesn’t, there’s a problem. Same thing in a down trend – when one average makes a new low, the other should follow. If there is a divergence, it’s considered a positive.

So this Spring, when the Dow Industrials took out their 2011 highs, we were waiting for the Transports to confirm. They never did.

Today I wanted to look at a chart of just the Truckers vs the Dow Jones Industrials Average to show just how weak this space looks right now: 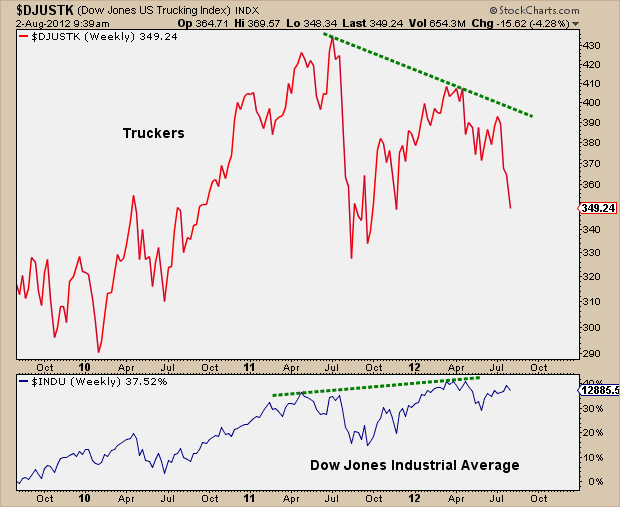 So should we be worried about what the truckers are telling us?