For the Indian market participants, the currency section has been extremely range-bound. And it’s been that way for a while now! Every time we talk about it, there’s nothing new to say.

So why are we here today?

Do we have something new to say?

We highlighted how the Dollar Index is displaying strength and marked out the levels that are important to track.

That was with regards to Dollar alone. But what about the currency pairs that we follow?

What’s been cooking in the currency market? The dollar has been rising. The Euro has been falling, as has the Japanse Yen. While the Japanese Yen has taken quite a beating against the Dollar, it has been faring better against developed and developing economies.

India however has been displaying resilience against the Yen as can be seen from the chart below: 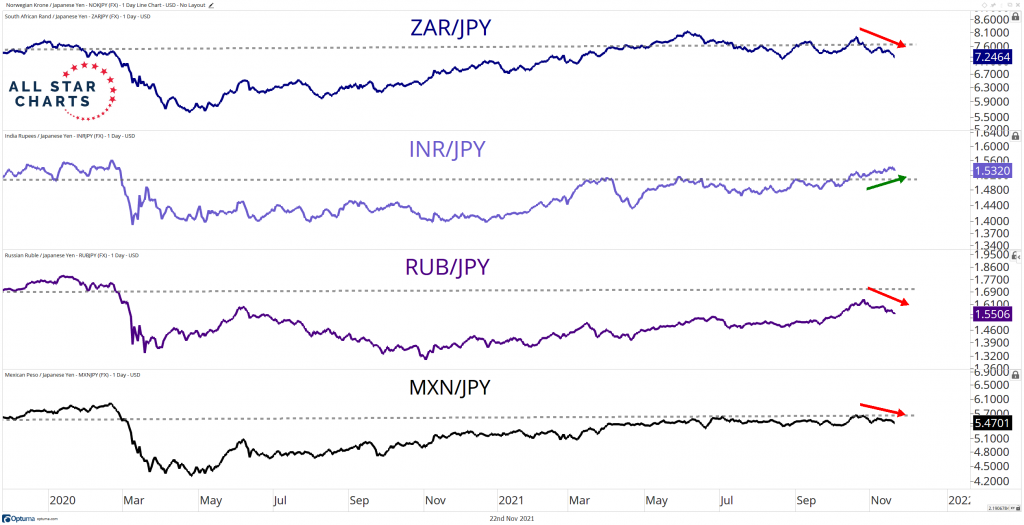 The INR is the only one that is not rolling over and is actually moving higher.

So what are the levels we could track in the INRJPY currency pair?

Note that the chart below has the Japanse Yen in the numerator’s position and the Indian Rupee in the denominator’s position. So if the price is moving higher, JPY is outperforming INR and vice versa.

The price breached the support at 0.66, retested it, and proceeded to move lower. Currently trading at 0.65, the next level of support for JPYINR comes in at 0.64 followed by 0.63.

Ok so that’s a move that is halfway through, what about something that is on the verge of a new move?

We do have something here, that may be on the cusp of something.

The GBPINR currency is testing its support level at 99.30. This level has a good price memory and has been in place since early last year.

As can be seen in the momentum indicator, we have a bearish momentum playing out at present. So with the Dollar gaining strength, the commodity currencies like CAD (Canadian Dollar) and AUD (Australian Dollar) not breaking out with the CRB Index breakout and the Euro rolling over, we might see this currency pair heading south as well.

We’re inclined to believe that the downside resolution is more likely since the evidence currently points in that direction. 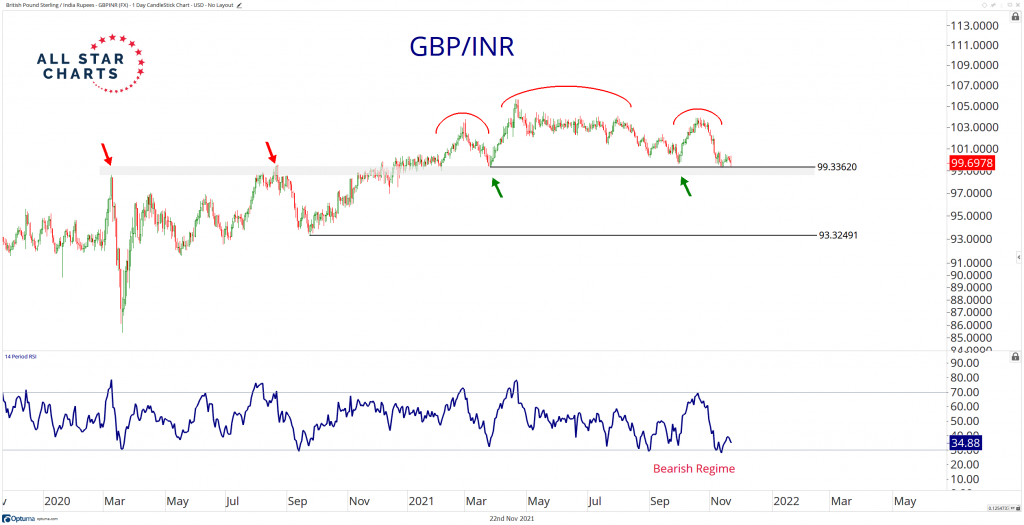 Among the Currency pairs, the GBPINR is at the most interesting junction. Where do you think we’re headed? Will the price bounce back from this level, or is the price going to break down?