This is one that I’ve been watching for a while. We’ve seen a beautiful consolidation in this name over the past 8 months that turned Nokia into a “boring”, rarely talked about name. But I think the next leg higher just got going. We are currently breaking out above a very important level.

The first chart helps to put things in perspective. These are the weekly bars going back to the top in 2007. Look at the support near $8-8.50 from early 2009 and again in summer of 2010. Once the demand dried up at this level, you got a vicious breakaway gap lower in May of 2011 that sent the stock down another 80%. This was quite the accomplishment considering Nokia had already gotten crushed by 80% since 2007: 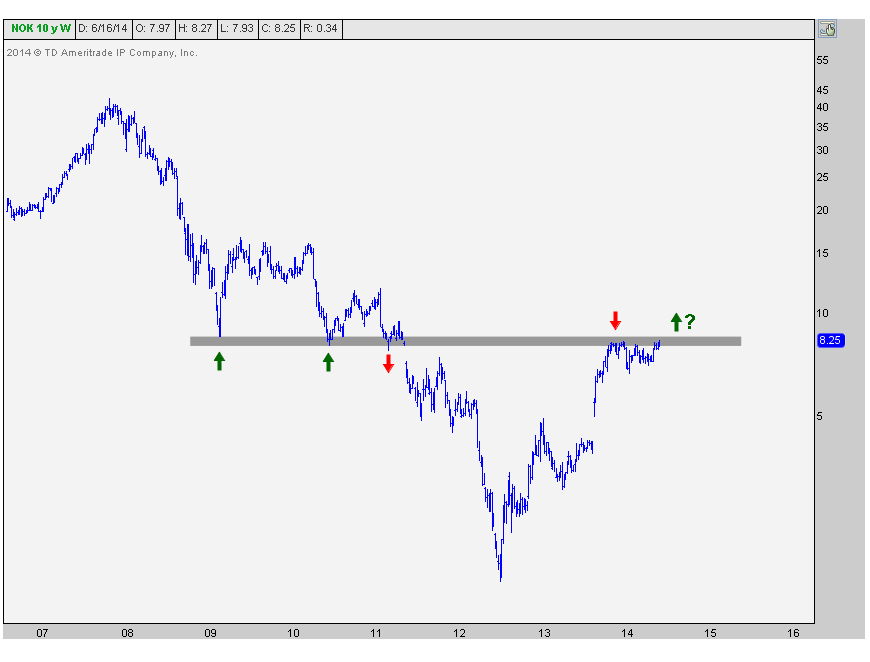 But now we’re back. The stock has rallied all the way back up to that key broken support from 2011. There is a ton of memory here. I would chalk this up as the reason why Nokia has done nothing for 8 months and just consolidated sideways up here at the $8-8.50 level.

Now here is the downtrend line from the 2007 highs, not only getting taken out the upside last Fall, but it took place on a sweet breakaway gap higher. That combination of a breakout above a trendline and a gap up to accomplish it really catches my attention: 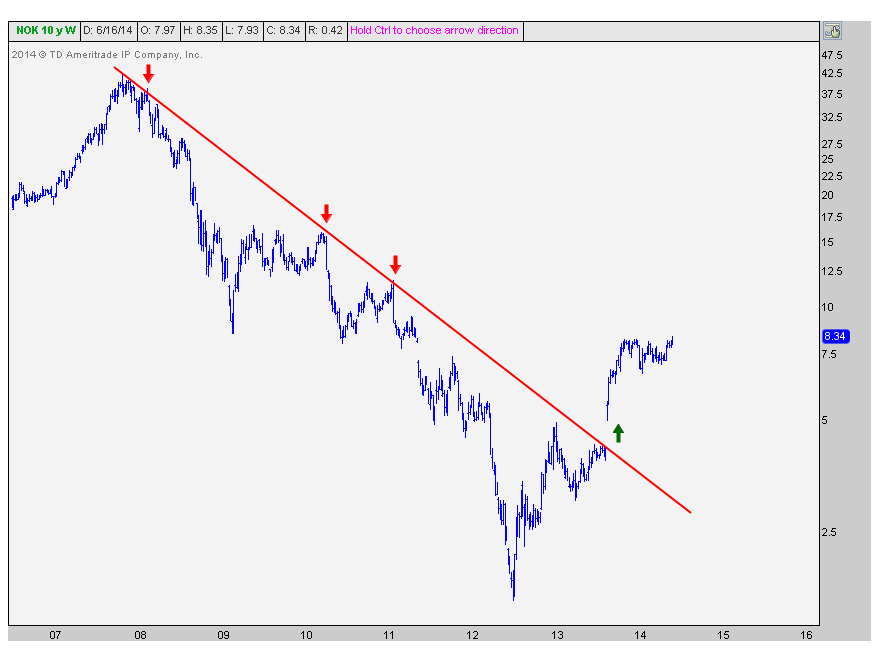 The last chart is a closer look at the shape of the recent 8-month consolidation mentioned above. It’s really taken the form of a symmetrical triangle well defined by these two converging trendlines. This month’s breakout can be the beginning of something powerful. This is especially the case when you consider the extremely upward sloping 200-day moving average (solid line) and 50 day moving average (dashed line). With upward sloping longer and shorter-term smoothing mechanisms, the breakout above this consolidation becomes more reliable. These resolutions tend to be in the direction of the underlying trend, which in this case is obviously higher: 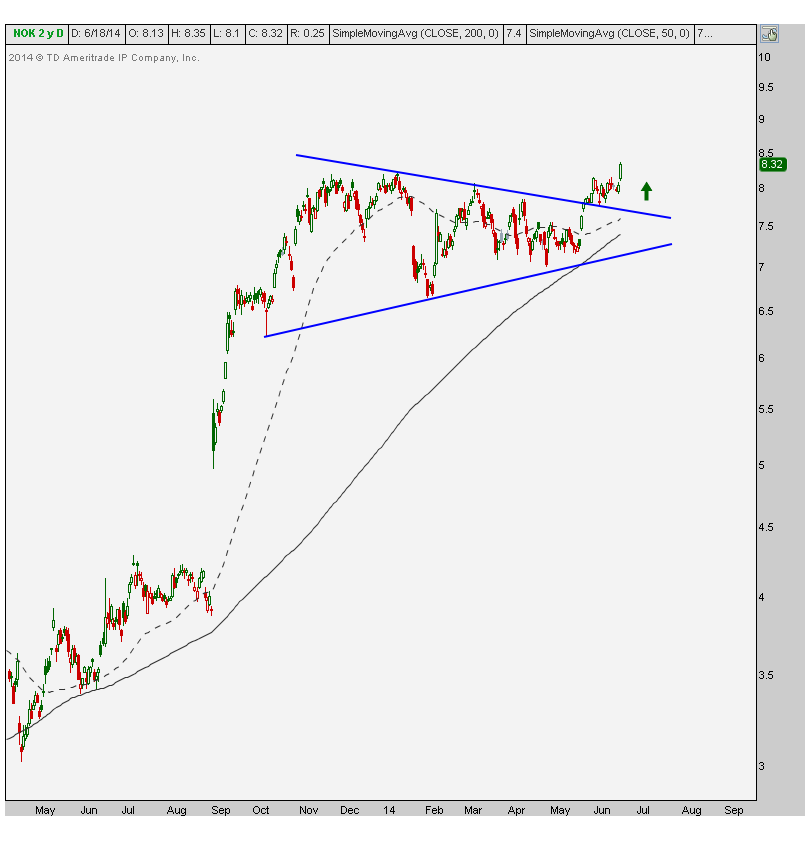 So how high can Nokia go? I think it’s got a lot of room. We really only want to be in this name above the recent consolidation. If this fails and gets back below the breakout level seen in the chart above, we probably want to shy away and reevaluate. But as of right now, this all looks great. The risk reward here is clearly in favor of the bulls. I see a ton of resistance around the 16 level that takes us back to the overhead supply from 2009-2010. That would put Nokia close to twice the current price. From a shorter term perspective, the 2 point size of the base of this consolidation would give us a measured move about 20% from current levels. Also not a bad return.

We only like this name above this breakout level. Below that and things get messy. So from a risk management standpoint, Nokia is an easier trade than a lot of other things I’m looking at. In addition, according to my friend Jonathan Krinsky over at MKM Partners, only 26% of sell side analysts have a buy recommendation on Nokia. So this creates a very attractive long position from a contrarian point of view.

I’ll try and follow up with the progress of this chart very soon.

REGISTER HERE for more information on how to access updated charts for these widely followed stocks on multiple timeframes.