Remember right after Labor Day when we were waiting for Net New Highs to stop declining? Wow that feels like a century ago. Just a couple of days after we were complaining that the internals weren’t confirming the new highs in price, boom – net new highs start to breakout. Right on cue.

At the time, we were worried that the divergence we were seeing was way too similar to what we saw in the Spring, just before the market corrected sharply. But, “no sir, not this time”, said Mr. Market. Take a look at the breakout in new highs just after our post that has certainly continued throughout this week. 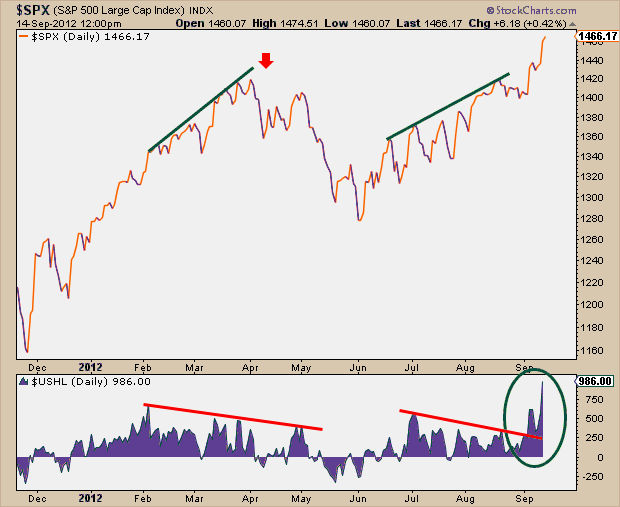 And if you’ve been watching some of those sectors that were underperforming this summer, you don’t really even need to look at this chart. You can easily see the financials, Industrials and some of these other weak links no longer lagging.