I’m not the kind of guy that likes to give funny names to price patterns in the market. For me, it’s more about the implications of that market behavior and less about what we call it. Today I want to take a look at US Treasury Bonds and what some price observers might refer to as a ‘Head & Shoulders Top’.

The reason this is a popular pattern is because, as humans, it is easy for us to identify and relate to. Each of us have a pair of shoulders and a head that stands in between and above them. In today’s chart, the Head and 2 Shoulders are fairly easy to point out. We’re looking at the US Treasury Bond ETF $TLT:

After the epic rally in US Treasury Bonds throughout 2014, prices put in a high to start 2015 before rolling over. When stocks sold off in 2015 and into 2016, you can see bonds had another rally, and even made a higher high. I’ve been arguing that this high in bonds in the summer of 2016, the low for interest rates, was the beginning of the new bull market in stocks that is not even 2 years old yet. You can read my piece in Modern Trader Magazine and this is one of my higher probability outcomes, rather than the misleading headlines they feed you about a 9-year old bull market.

When stocks really started to rally into the end of 2016, bonds got crushed. This was the end of the bull market in bonds, in my opinion, and the start of a bull market in stocks. We’ll call this the “Head” of the potential Head & Shoulders Top setting up in bonds.

After one more rally attempt in $TLT in the second half of last year, prices are now back to key support: 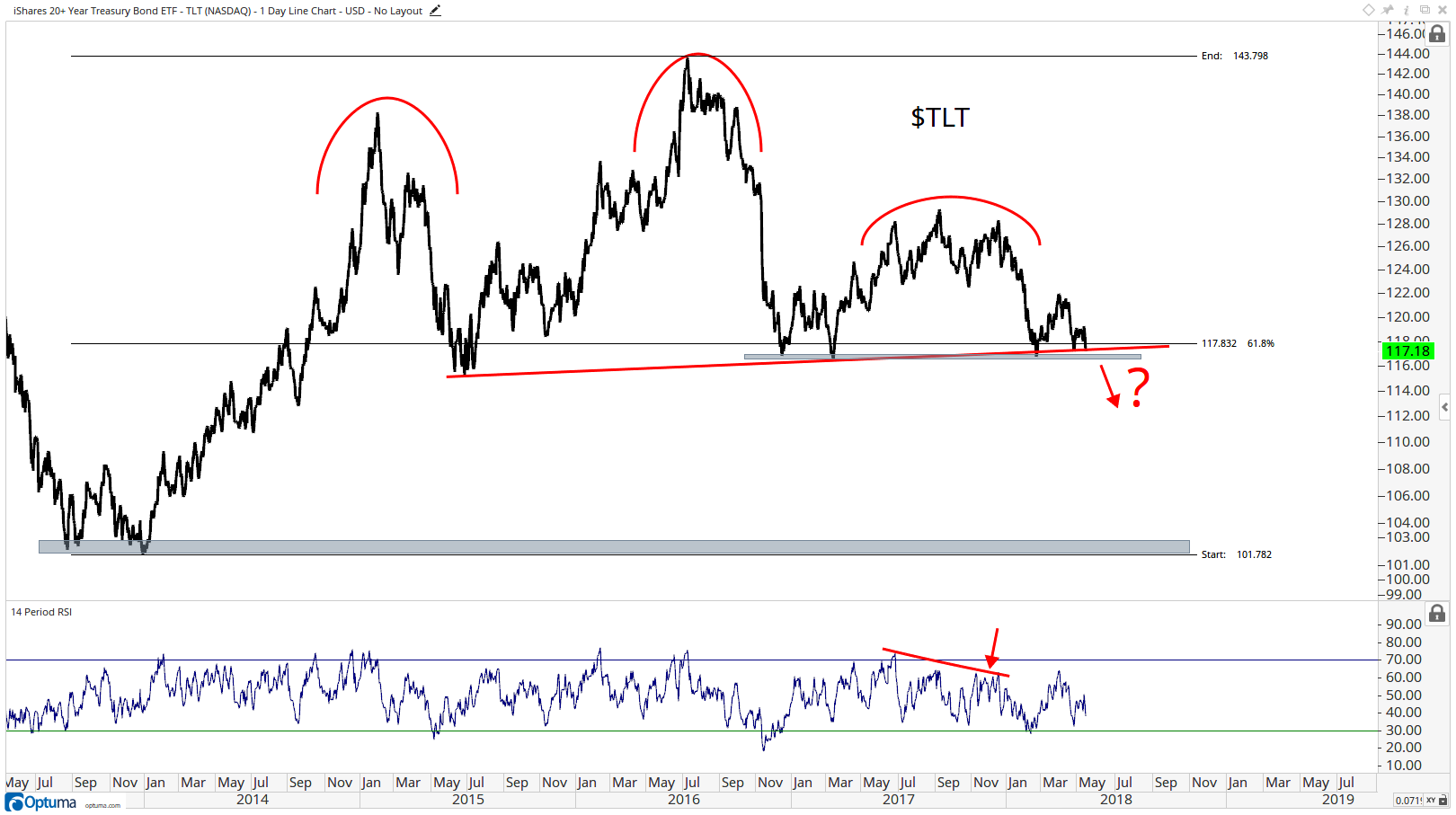 The implications here are likely to be seen all over the world. Where is that money going to flow as it comes out of bonds? Well, based on the weight-of-the-evidence, my bet is into stocks and commodities.

If you’re not already a Premium Member of All Star Charts, start your risk Free trial today and get access to last night’s Conference Call and more!