From the Brazilian Real and Australian Dollar to the Turkish Lira, many global currencies have been gaining significant traction relative to the US Dollar over the past several weeks and months. These currency moves have also had significant impacts on the equity markets of their respective countries as they tend to be positively correlated.

Last week the New Zealand Dollar joined that group by breaking out across multiple timeframes.

Structurally the New Zealand Dollar has been in a downtrend since swiftly retreating from all-time highs in mid-2014. Last September, prices briefly broke below long-term support at 0.6450-0.6550 and quickly reversed back above it, confirming the bullish momentum divergence and failed breakdown. Prices spent the seven months since basing above this level and are now breaking above the downtrend line from the 2014 highs. 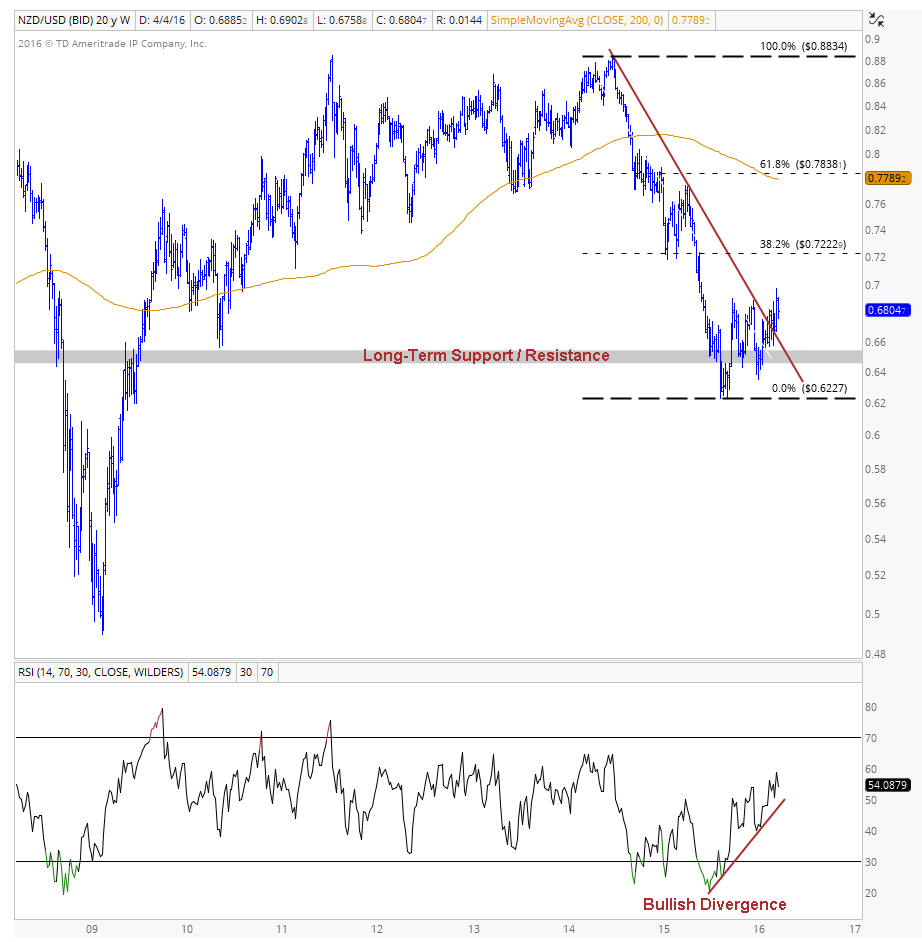 The daily chart provides a more tactical view of the breakout from this seven month base. In addition to this breakout, the 200 day moving average is now beginning to flatten out and start rising, which should support higher prices going forward. Momentum remains in a bearish range after failing to hit overbought conditions during the recent rally. 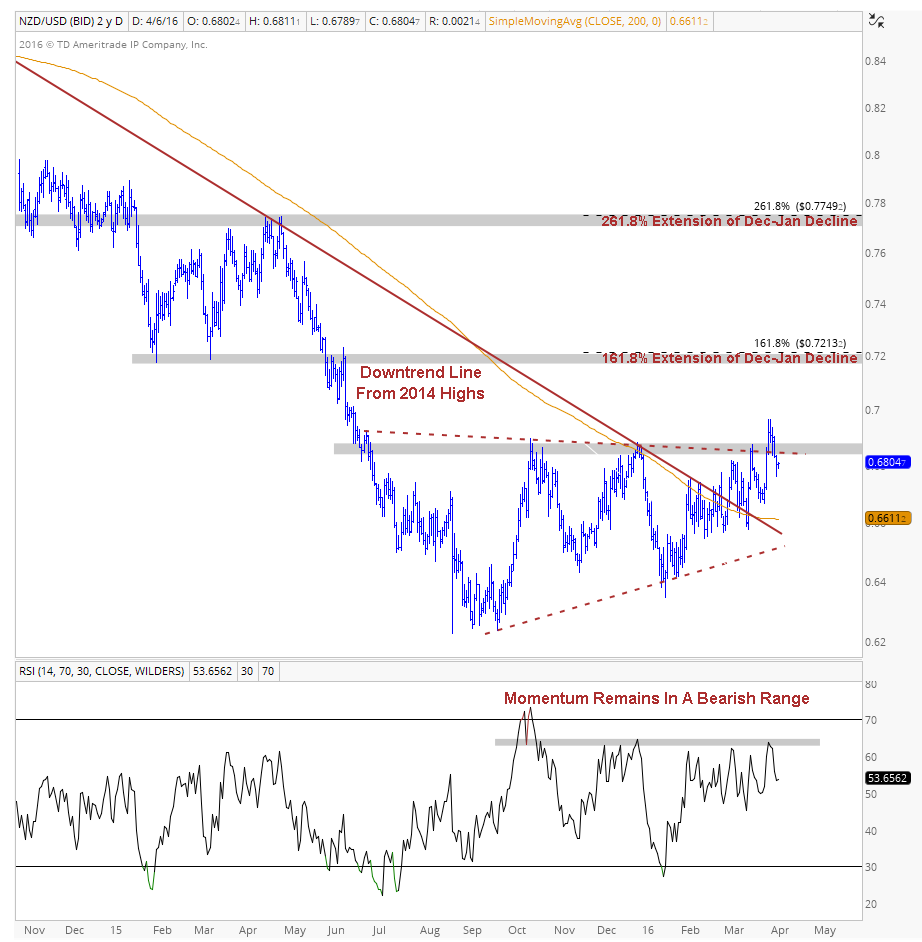 Tactically the weight of evidence suggests approaching this market from the long side as long as prices are above 0.6835 on a daily closing basis. Price targets for this breakout are at 0.7213 and 0.7749, based on the 161.8% and 261.8% extensions of the Dec-Jan decline respectively. With that being said, bulls want to see follow through and momentum hitting overbought conditions in the weeks ahead, both of which would reaffirm this breakout.

The Bottom Line: Many currencies, especially those of countries with significant commodity exposure, have seen breakouts relative to the US Dollar over the past several months. Last week the New Zealand Dollar joined that group by breaking out across multiple timeframes. The risk is well-defined and the risk/reward is elevated both structurally and tactically.

This breakout should also provide an additional tailwind for equities in New Zealand. ENZL, the ETF that tracks equities in the country, maintains a strong positive correlation to NZD/USD, which suggests that it should benefit from continued strength in this currency pair.

Structurally we only want to be long if prices remain above the downtrend line from the 2014 highs on a weekly closing basis, with price targets of 0.7222 and 0.7840.

JC here – This is an interesting observation by Bruni. It is a tactical opportunity with very well-defined risk parameters. I’d be curious to see what kind of global implications we might see if this ‘doesn’t’ continue to rally. I think this one is important, not just for a trading idea, but from an intermarket perspective. The relative strength in New Zealand stocks compared to the rest of the global stock markets, including the United States, has been incredible to watch. I like how well the risk is defined here for a long trade, but I think this is more important than that.

Members of Allstarcharts will be updated on the development of this chart as well as other U.S. stocks, sectors and indexes. Register Here to Start Your 30-Day Risk-Free Trial