From the desk of Thomas Bruni @brunicharting

As momentum stocks breakdown, the Nasdaq 100 has begun to breakdown in a similar fashion on a relative basis. 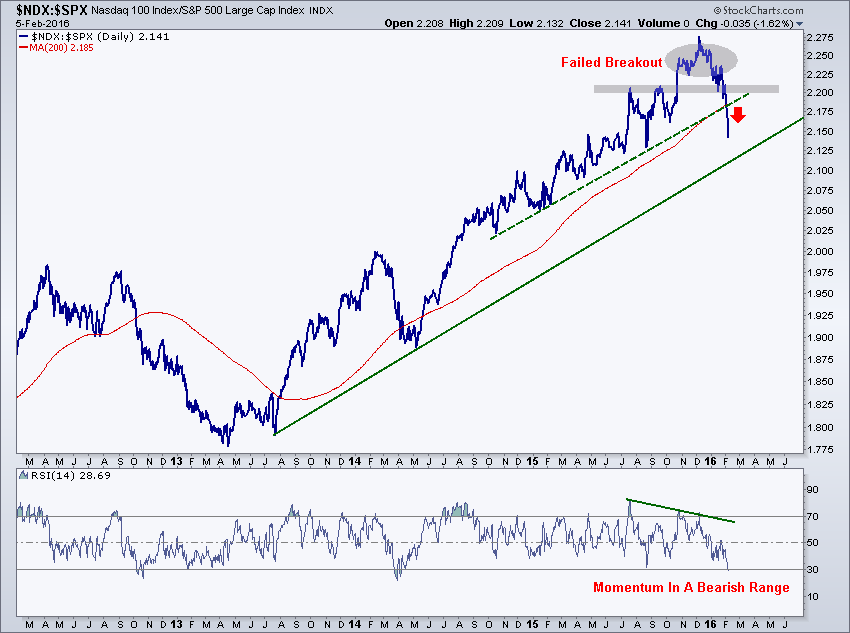 This ratio broke out to new highs late last year and spent a few months consolidating before ultimately resolving to the downside. This violent resolution lower confirmed a failed breakout as well as a bearish momentum divergence. Prices have since broken through the uptrend line from the summer of 2014 and look to be heading for a test of the uptrend from the June 2013 lows. From failed moves come fast moves, so I wouldn’t be surprised if this ratio ultimately retests the breakout level near 2.0 which corresponds with the 61.8% retracement of the 2013-2016 rally.

Within this theme, Electronic Arts is one individual component that looks particularly vulnerable to the meltdown taking place in Nasdaq 100 stocks and momentum names as a whole.

After rallying roughly 620% off the lows set in July of 2012, Electronic Arts is now putting in an epic failed breakout above the highs set in 2005. The bullish consolidation pattern in this name resolved to the downside last week, confirming a failed breakout and the bearish momentum divergence that occurred at the recent highs. As long as we’re below this uptrend line from the 2012 lows and the prior highs outlined in gray, the weight of evidence suggests this stock is heading a lot lower. 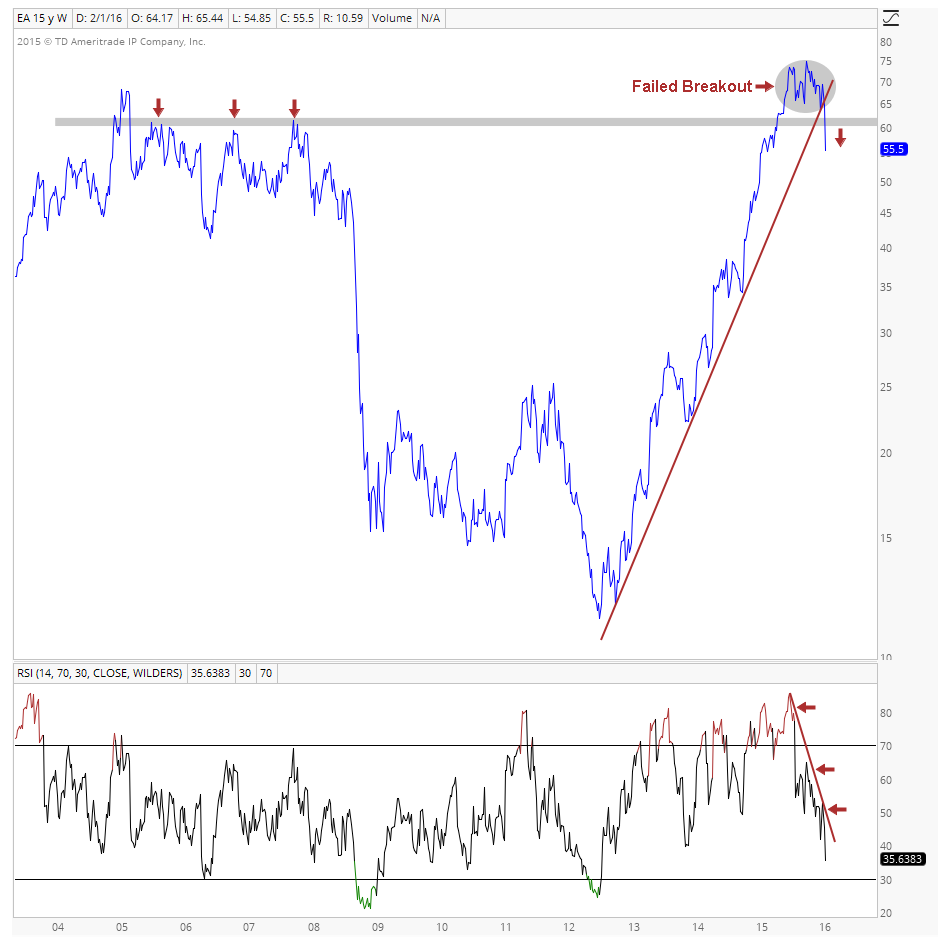 A daily chart spanning back to May of 2015 provides a more tactical view of the stock. Currently prices are resolving the multi-month range to the downside after a failed breakdown in late October helped indicate some underlying weakness in the stock. With the stock breaking down below the bottom of this range at 61.50, it confirmed the bearish momentum divergence and reiterates that continued weakness lies ahead. 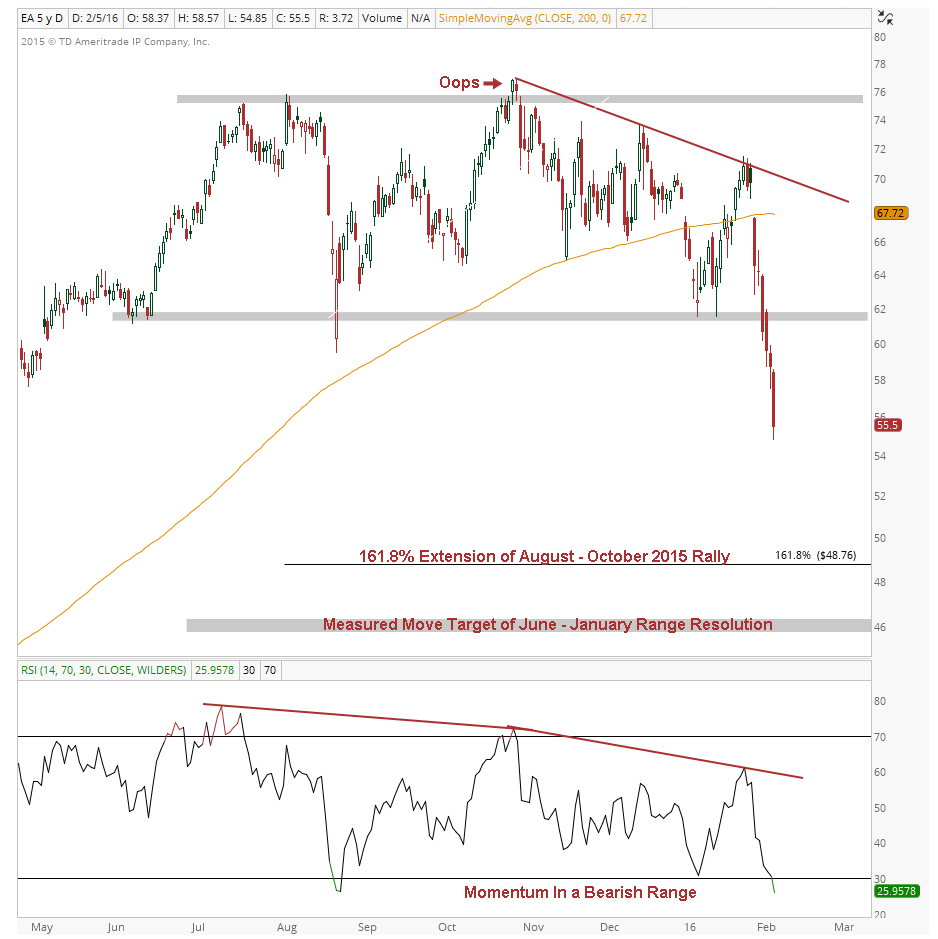 The stock has sold off aggressively over the past few weeks and the 200 day is still working on rolling over, so prices may get a tactical bounce from current levels in the short-term. With that being said, from an intermediate term perspective the weight of evidence continues to suggest fading any strength toward 61.50, with price targets just under 49 and 46.

The Bottom Line: Electronic Arts is just one of the many names succumbing to the broader theme of weak relative performance out of momentum and Nasdaq 100 stocks. With that being said, it is one of the best setups out there on an absolute basis from a risk-management perspective. As long as we’re below that uptrend line and prior support shown on the weekly and daily charts near 61.50, the weight of evidence suggests selling any and all strength in this name.

With tactical price targets in the mid-to-high forties, the risk/reward is good, but can be improved dramatically if you get the opportunity to get short a retest of the broken support near 61.50.

JC here – This is a great example of how fast moves come from failed moves. They don’t get better that this. It screams: “sell into any and all strength” as it is a broken stock and heading a lot lower

We created a special discount for Superbowl 50. Click here to become the newest Member of All Star Charts and Start your 30-Day Risk Free Trial Today!