I’m happy to announce that today we sent out our first Dow 30 package to all of our new paying subscribers. This is a really excited time for us as we slowly roll out each package to everyone who has been asking for it over the past few years. I wanted to put together a quick post about it so you guys can get a better idea as to what this product looks like. I think Merck $MRK is a good example of just how important it is to incorporate multiple timeframes in your analysis.

The package is simple. I send each subscriber annotated charts and commentary on each of the 30 components of the Dow Jones Industrial Average. For each of the 30 stocks you will receive a weekly chart for a more structural perspective with Relative Strength analysis, Momentum readings, multiple smoothing mechanisms, trend recognition, Fibonacci retracements and extensions, key support and resistance levels as well as any other commentary relevant to that particular name. In addition, subscribers receive daily charts for a more short-term view that includes Momentum analysis, Monthly, Quarterly and Yearly Correlation Coefficients, Average True Range, Fibonacci projections as well as shorter-term moving averages. To me it’s the combination of both time frames that really adds the most value.

*** Sign Up Here to Take Advantage of Our Launch Special ***

Here we are looking at shares of Merck. The first is a weekly chart with commentary and the second is a more short-term daily look. Subscribers receive both of these on a weekly basis for each of the 30 Dow Components:

As nice as Merck has been structurally for years, we are running up towards historic resistance levels. Last time MRK was up here, the stock fell by almost 70% over the next year. This gives the bears the more favorable risk/reward. Shorts can use those late 2007 highs as the buy stop. The bearish divergence in momentum is another reason to worry. But on a relative basis, although it’s been underperforming for so long, I can see a potential breakout relative to the S&P500; so stay tuned. From the absolute short side, the best target seems to be near 49 where we find the 38.2% Fibonacci retracement from the 2011-2014 rally as well as former key resistance from 2013: 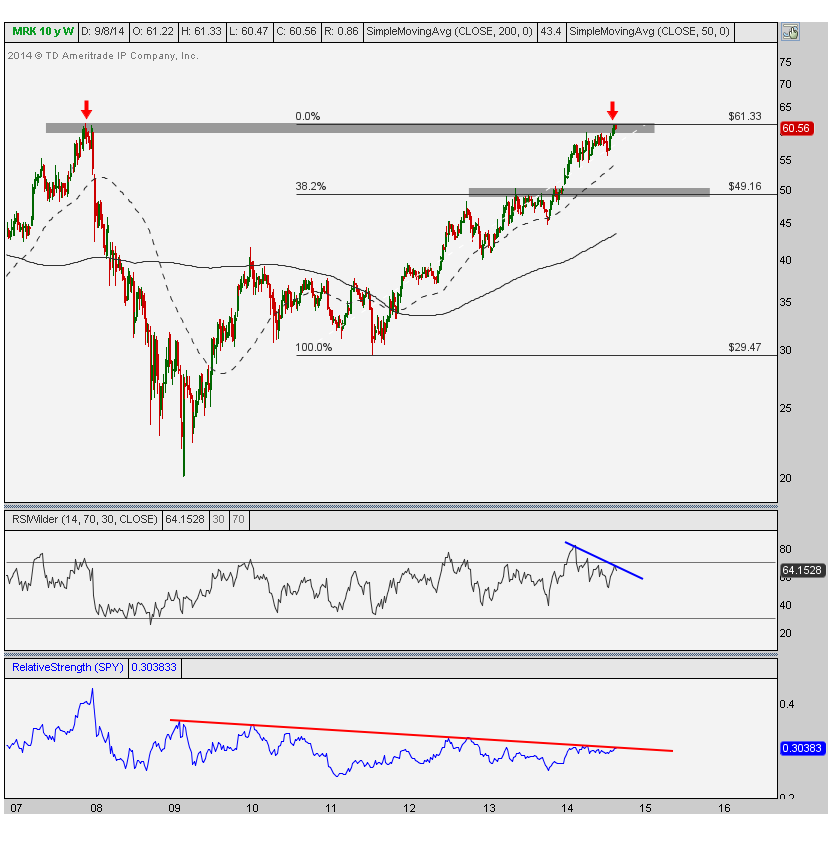 Short-term MRK doesn’t look to bad as it breaks out to new highs and momentum remains in bull mode. But based on the weekly chart, it’s a tough buy right here. We always revert to the larger time frame when looking through charts (Refer to the weekly chart for risk management procedures on short positions). A break below this shaded area can be the signal to short MRK from a short-term perspective, although the larger time frame already suggests being short. Near-term target is the August lows but the 200 day moving average is still rising. This makes it a tougher short over the near term. 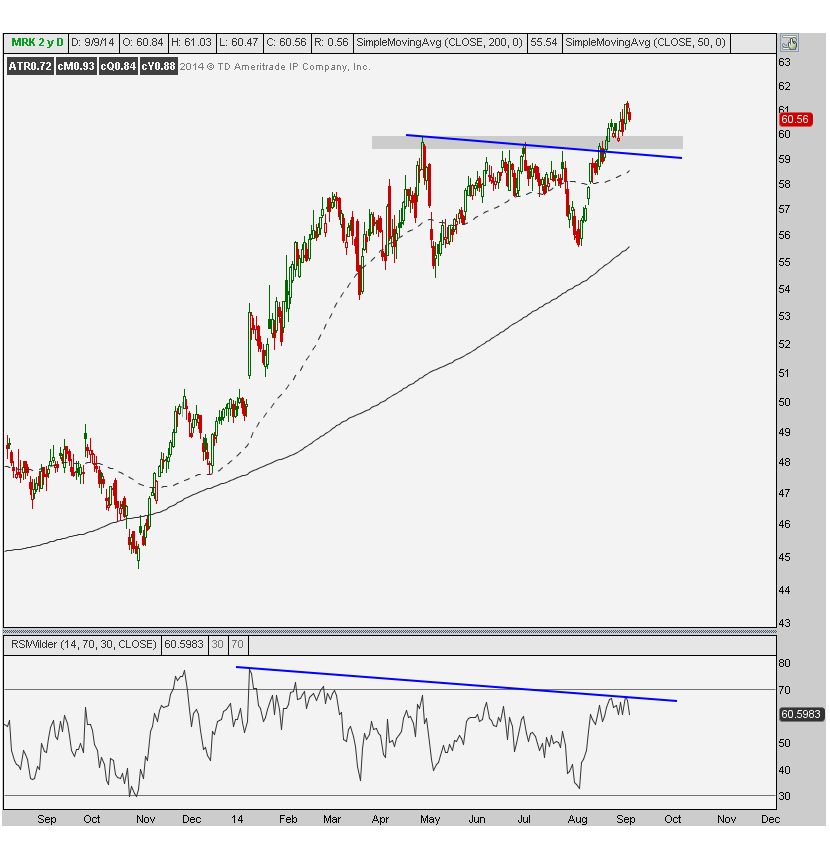 I think this is a good example of the value of multiple timeframes because the daily chart looks fine and very healthy. But the weekly chart is scary as we run into historic resistance. Due to the weekly chart, it’s tough to get long a name that looks so good on the daily chart. This is just another one of the ways that we try and manage risk, by looking one time frame higher. My favorite is when they both agree with one another, whether long or short. We currently have several of those in the Dow 30 package that subscribers received this week. 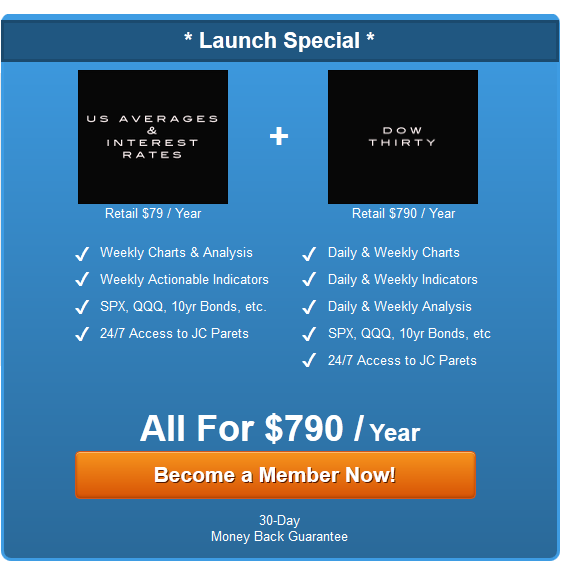