When it comes to the U.S. stock market, there are a bunch of popular stocks that many consider important bellwethers that could give clues to the health and direction of the overall market. Personally, I look at shares of J.P. Morgan Chase (JPM). They have a long track record that goes back to the 19th century. More importantly, with a market cap of $250 billion, this bank has a huge influence on the financial sector, not to mention the entire market. But even more telling, in my view, is the historically high positive correlation between J.P. Morgan shares and the S&P 500.

First, here is the chart comparing J.P. Morgan shares with the S&P 500 over the past 20 years. True, they peak and trough together, but most importantly they trend together. 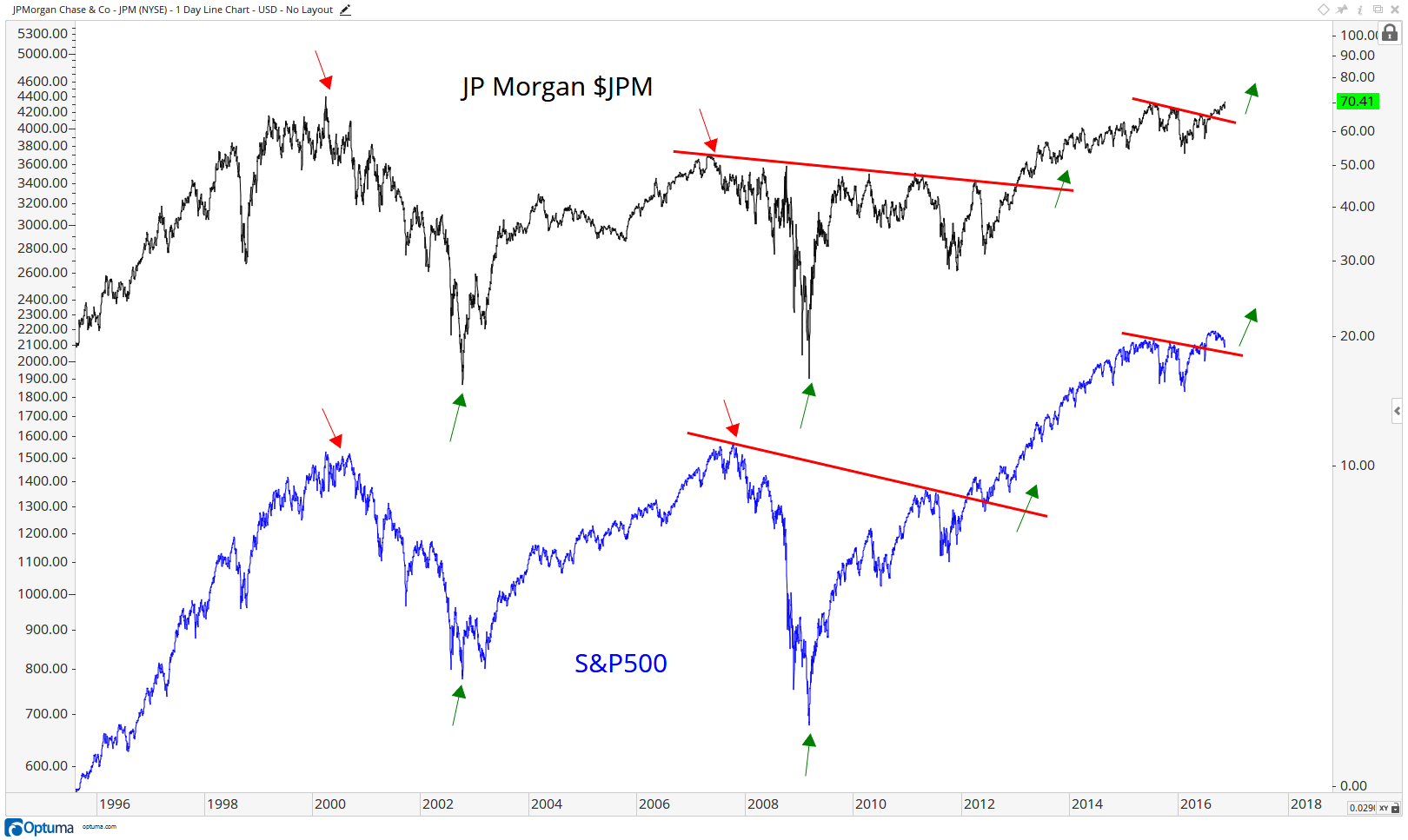 J.P. Morgan stock’s recent breakout above the downtrend line from last year’s highs came at the same time that the S&P 500 broke out. I would argue that new all-time highs in JPM would be an extremely positive indicator for the S&P 500 and stocks as an asset class, particularly in the U.S.

If JPM climbs above last year’s highs, I think we need to err on the long side of the U.S. stock market, notably the S&P 500. 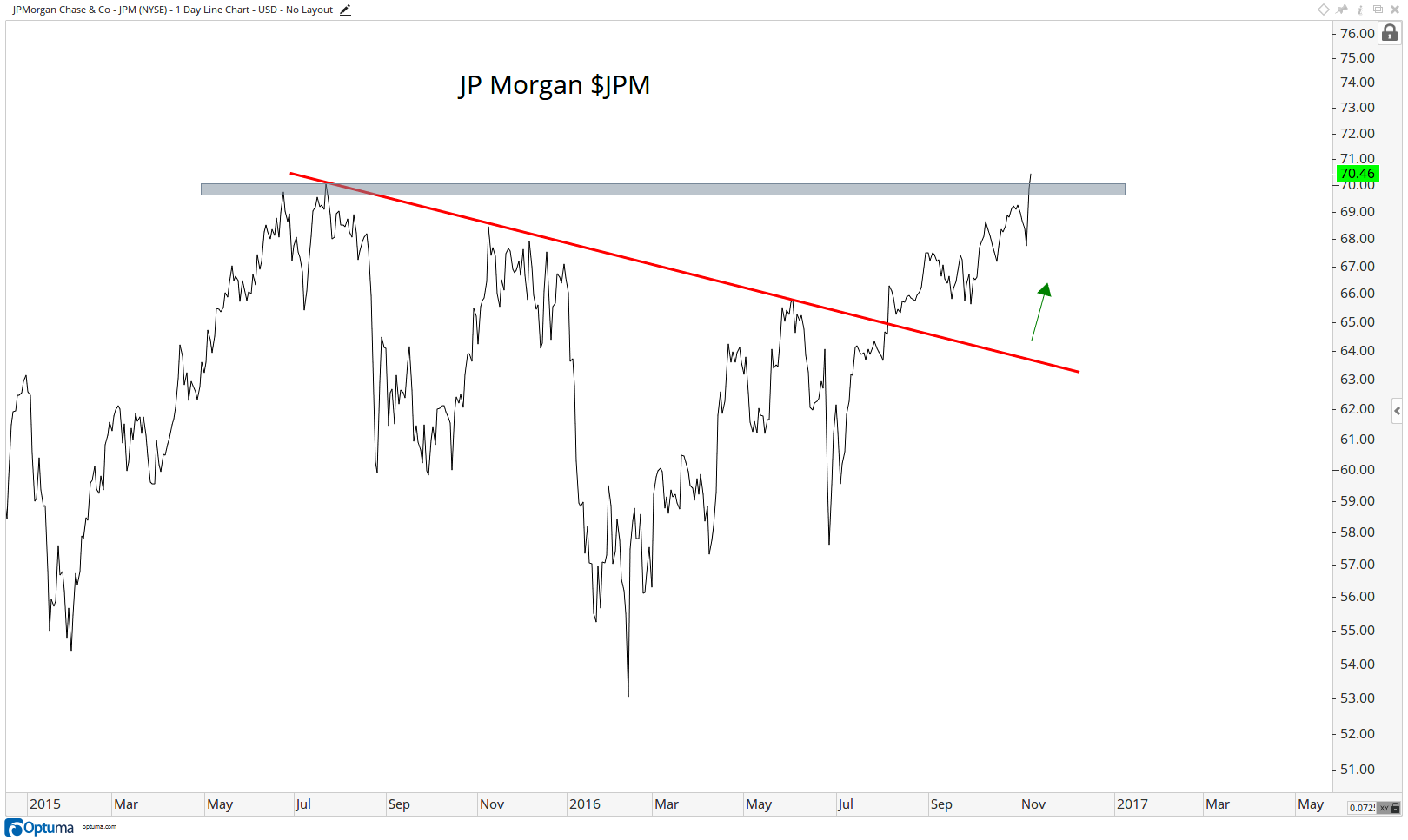 Register Here to receive updates on all of these charts along with commentary and price projections.