I was going to put up some charts on the financials this afternoon. But then Carter Worth goes on CNBC and beats me to it. We’ve been talking about the regional banks on StockTwits and how they’ve been outperforming the big money center banks. This trend has been in place for a couple of years now. But it looks to me like that might be changing. Carter Worth, Chief Market Technician at Oppenheimer, agrees and thinks that the big money center banks should start to play catch up to the regionals here.

Now look at this chart of $KRE vs $BKX. This is a comparison of the S&P Regional Banking ETF with the KBW Bank Index. Look at the consistent outperformance in the regionals. But the recent highs in the ratio were unconfirmed by RSI showing that a bearish divergence has developed. (We saw the opposite signal in Precious Metals two weeks ago). 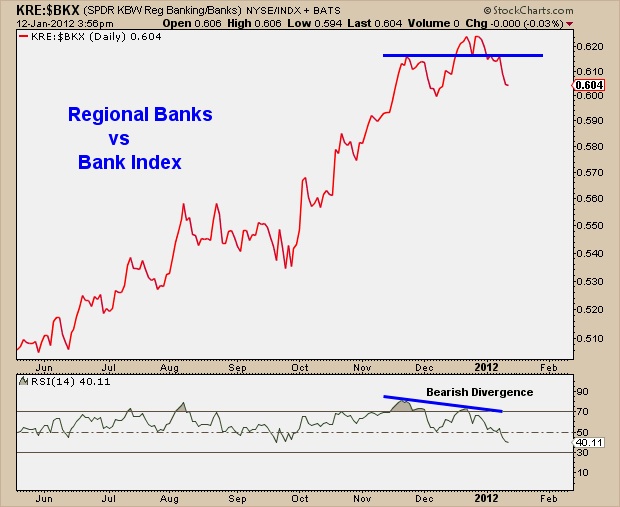