Over the last two weeks, we’ve seen Bitcoin fall from 69,000 to an intraday low of 55,000, acting as a serious headwind for most of the asset class.

Despite this, spot flows have remained strong throughout this volatility, and there’s a growing divergence between investor buying and price action.

Selling pressure appears close to being exhausted, and given the developments we’ll outline in this update, the conditions are looking increasingly ripe for upside in the coming weeks.

Throughout this dip, all trader and investor cohorts have been buying.

Even whales are still in strong accumulation.

The amount of Bitcoin held in addresses holding between 1k-10k BTC has increased by over 30,000 BTC.

Whales have been using this opportunity to add to their stash, not distribute as they were before the market rolled over in May. 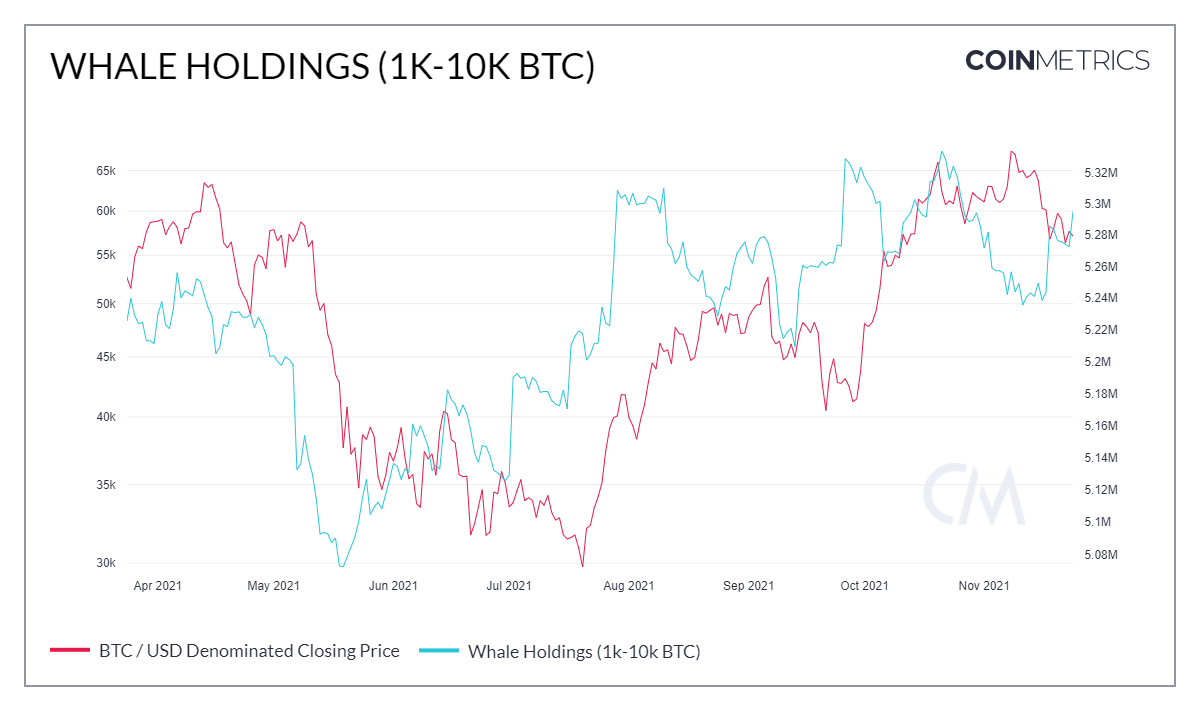 Perhaps the most impressive of all are the minnows, entities that have less than a single Bitcoin, which continue to relentlessly add to their holdings. 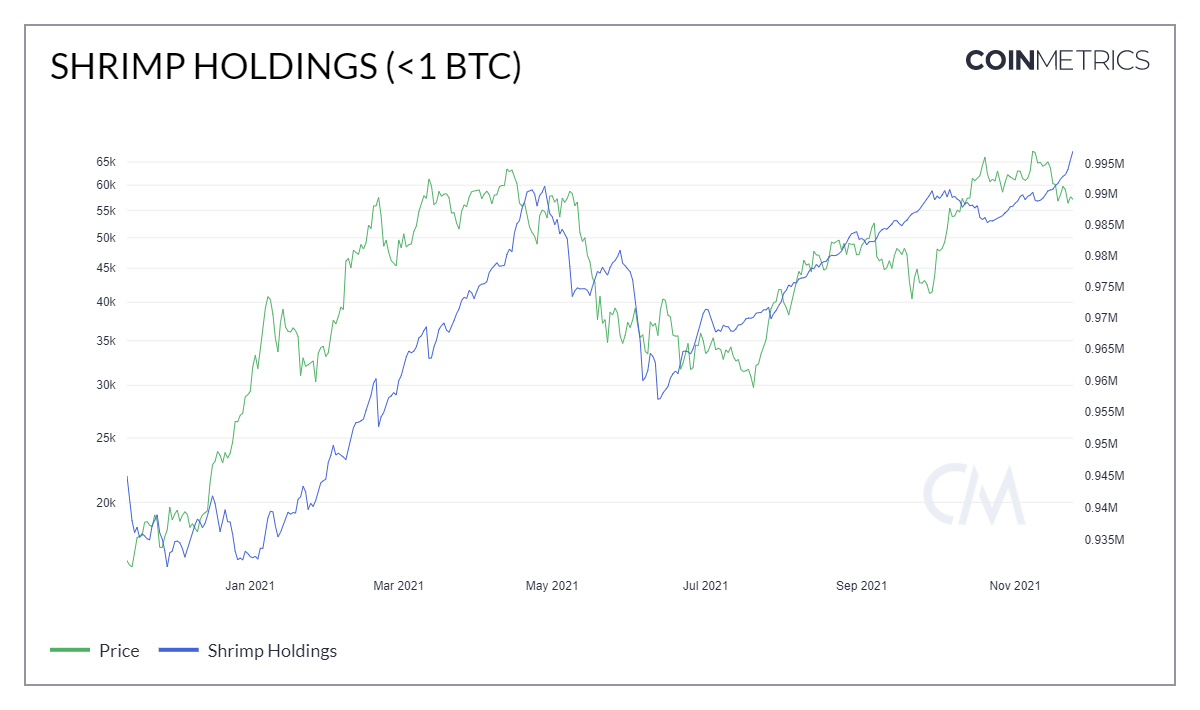 The same applies when we look at the entities holding between 10-100 BTC. 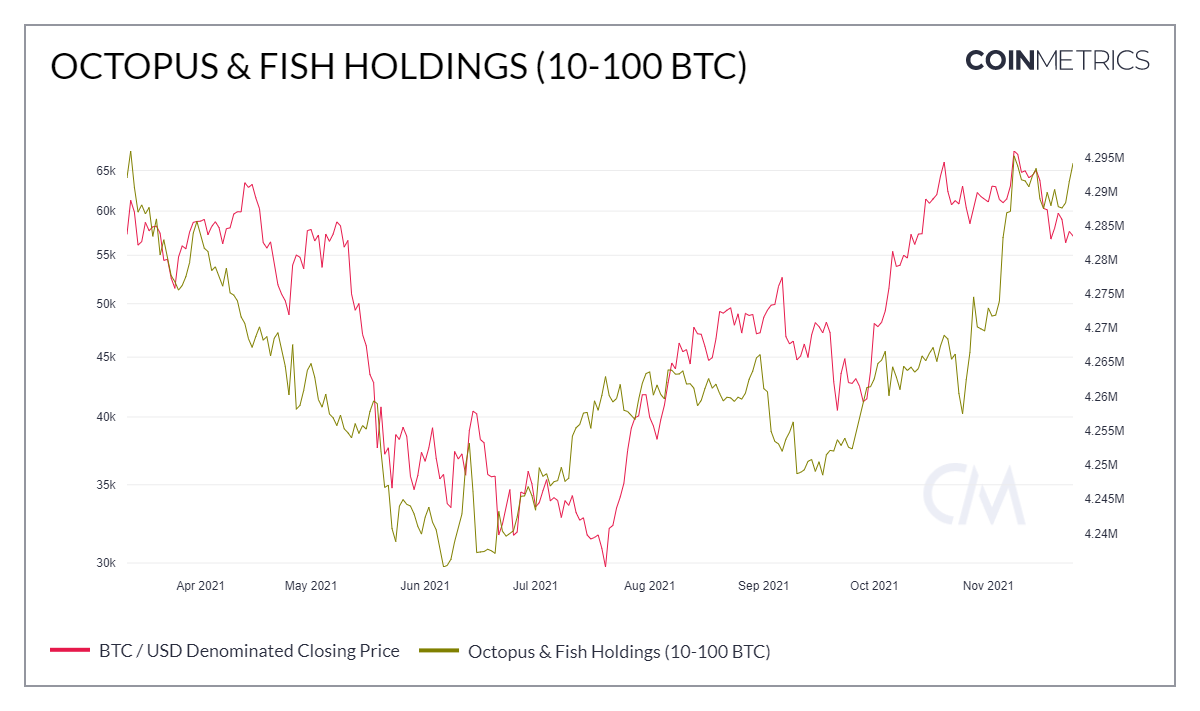 After selling down some of their coins, the “crabs” of the network are back in a strong regime of buying. 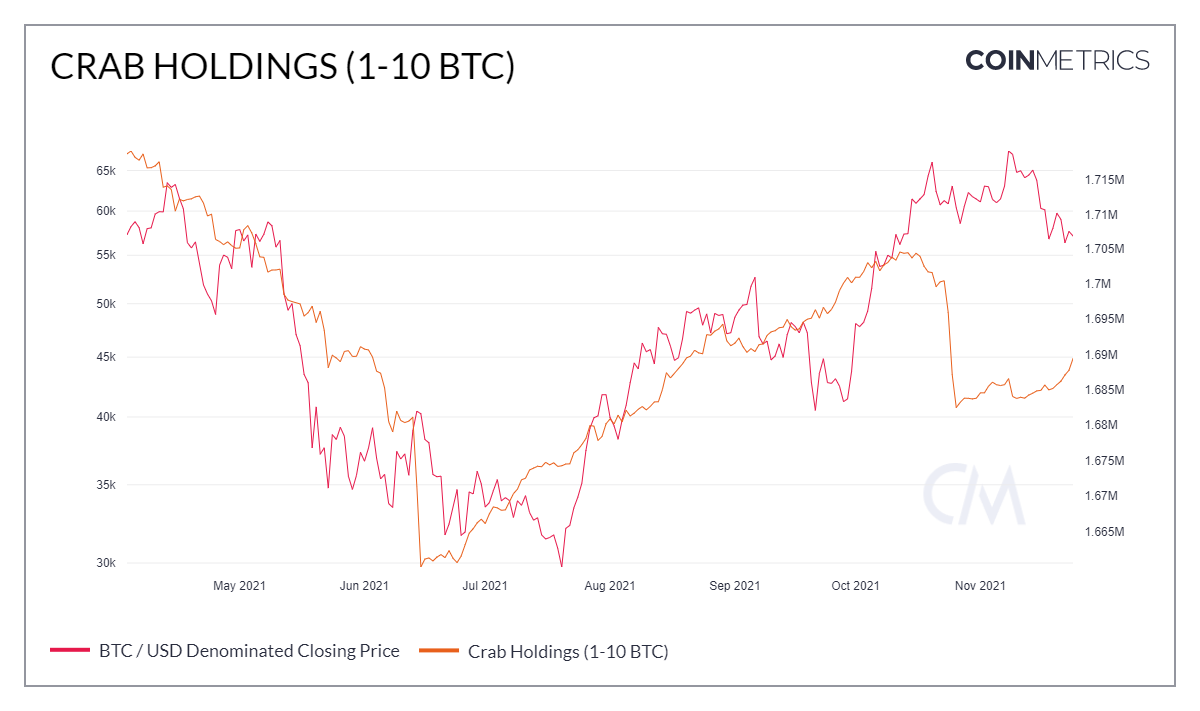 When we look across all trader cohorts right now, there is a powerful divergence brewing between prices and investor supply and demand that ultimately paints a bullish picture in the coming weeks and months.

Additionally, the trend of coins leaving exchanges hasn’t been disrupted by this recent volatility and points to the conviction of these holders to continue their accumulation. 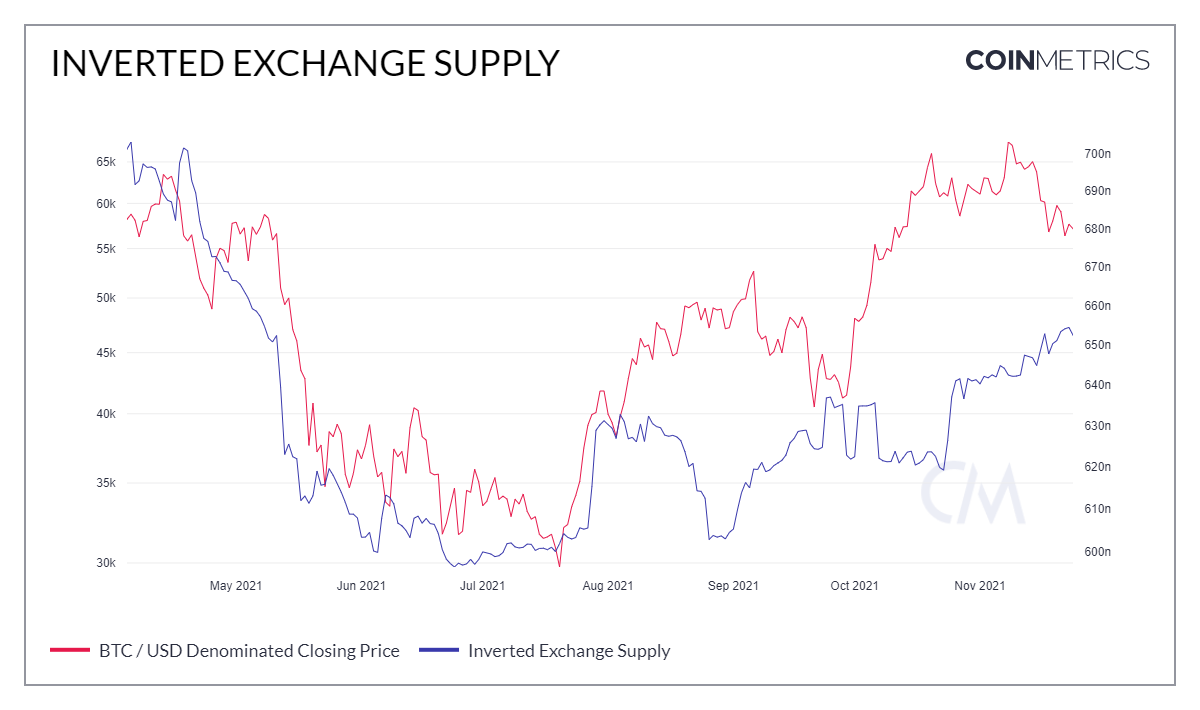 The age of the coins coming to market is in a general downtrend, as the selling pressure is becoming increasingly dominated by inexperienced young hands, rather than from spot investors, who as we’ve been demonstrating, are buying, not selling. 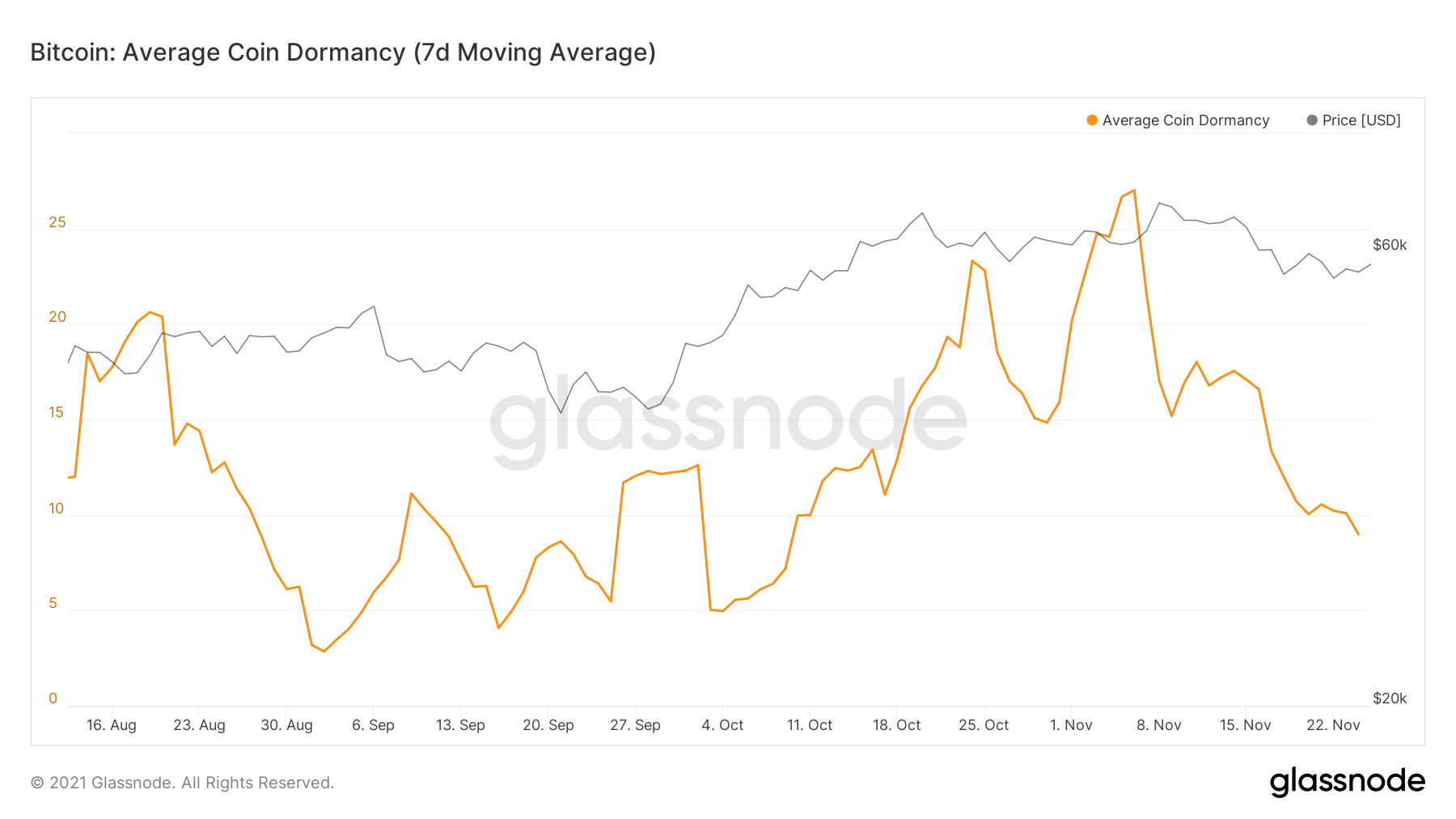 Profit-taking looks close to complete, if not already finished, with many of the coins coming to market being sold at a loss.

There’s a strong trend in bull markets that when coins are being sold at a loss or breakeven, it marks a psychological floor in bull markets as traders are incredibly reluctant to sell at a loss in strong markets. 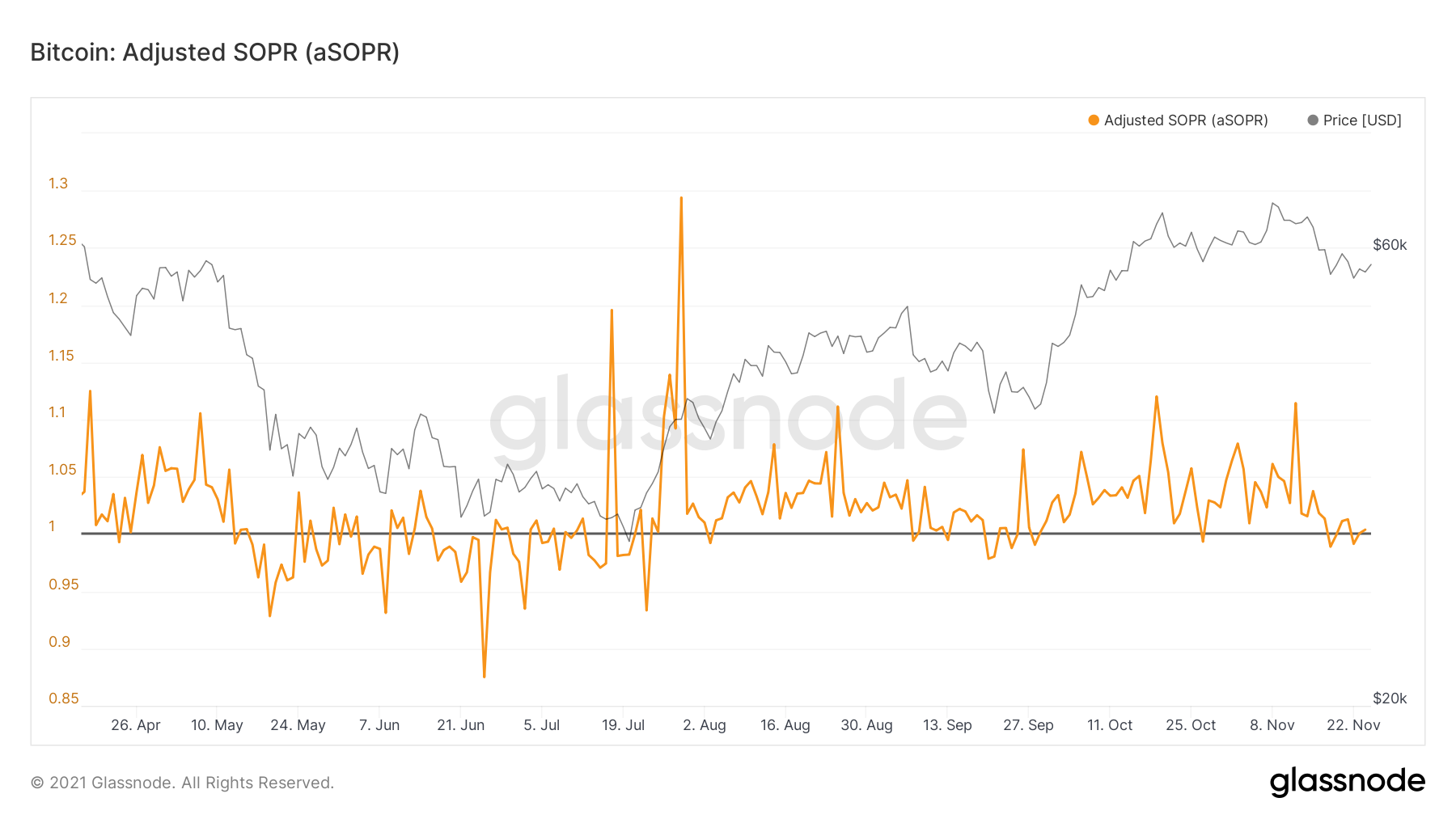 A weekly moving average of SOPR paints the same picture.

For investors to drive prices any lower, they’d have to be willing to sell at notable losses, which when we consider the overall weight of the evidence, looks to be the lower probability outcome right now.

The most likely selling event would be driven by derivative volatility through a cascading of long liquidation forced selling pressure. There is certainly a possibility this could take place, with funding still pointing to bullish positioning from speculators, but it looks unlikely with the strength of spot flows supporting the market right now. 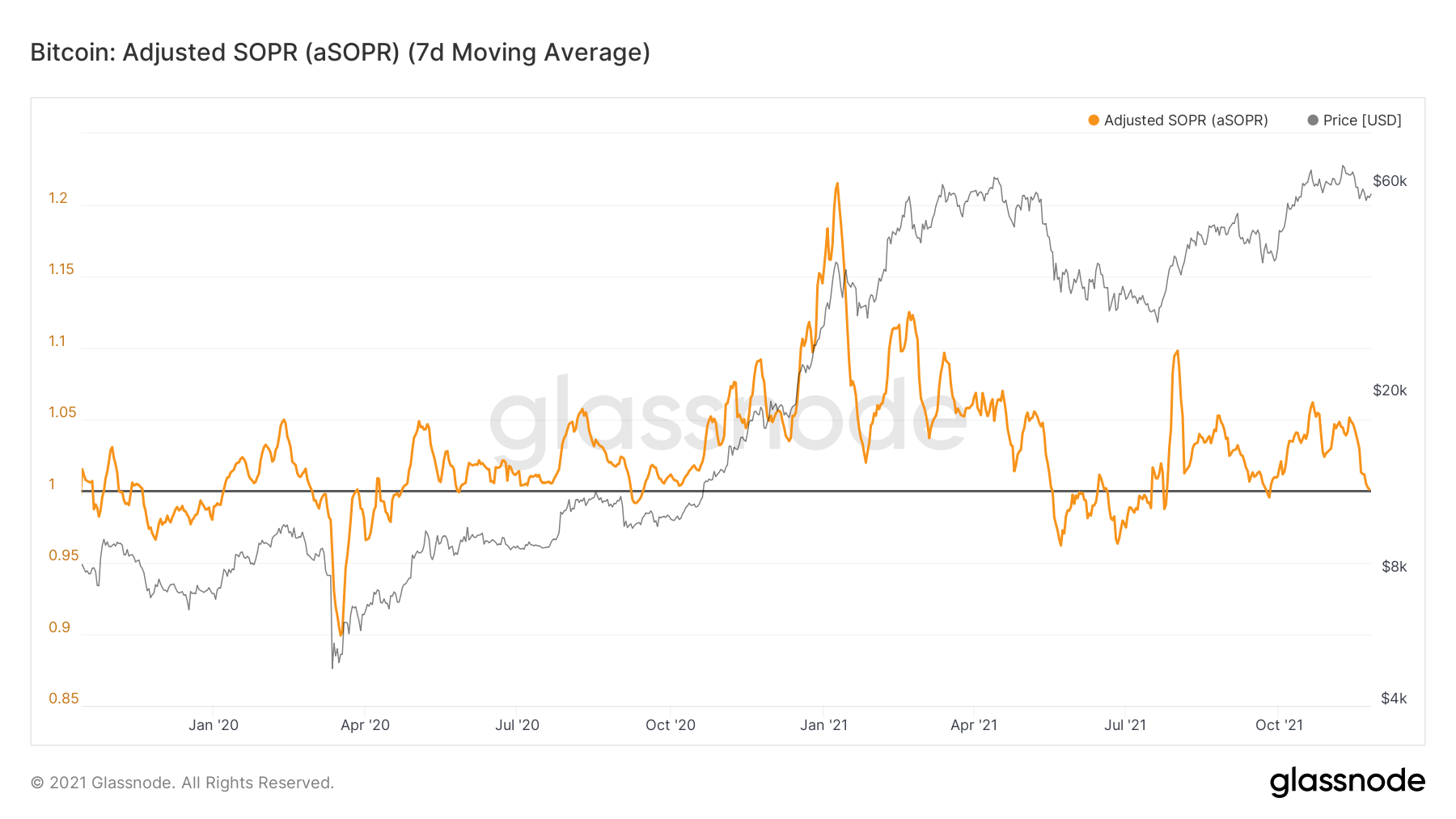 We’re anticipating further outperformance out of Ethereum as it presses to the upper level of this multi-month range.

We’ve sold a good portion of our Bitcoin exposure and rotated it into Ethereum.

If we see new 52-week highs in the ETHBTC ratio above 0.085, maintaining any long exposure to Bitcoin is likely to just be opportunity cost in the face of a strong environment of alt outperformance.

Be sure to reach out if you have any questions at all.