Remember that Bearish Island Reversal in the Nasdaq in March? I wrote a whole note about it pointing out that it was now going to be a problem. The fact that the Nasdaq broke out to new all-time highs, and then failed hard, was evidence of an overwhelming amount of supply for stocks relative to demand.

I mentioned at the time that it was most likely going to resolve through time, rather than through a severe downside correction in price. The reason was that this was just a brief 2-month breakout and not a massive top or reversal. I said that the sooner we can get through that 7000 level, the stronger the market we’re in from an intermediate-term perspective. Not only was this a risk management tool, but also as a source of information: strength or weakness in this case.

First, here is what the bearish island reversal looked like in March: 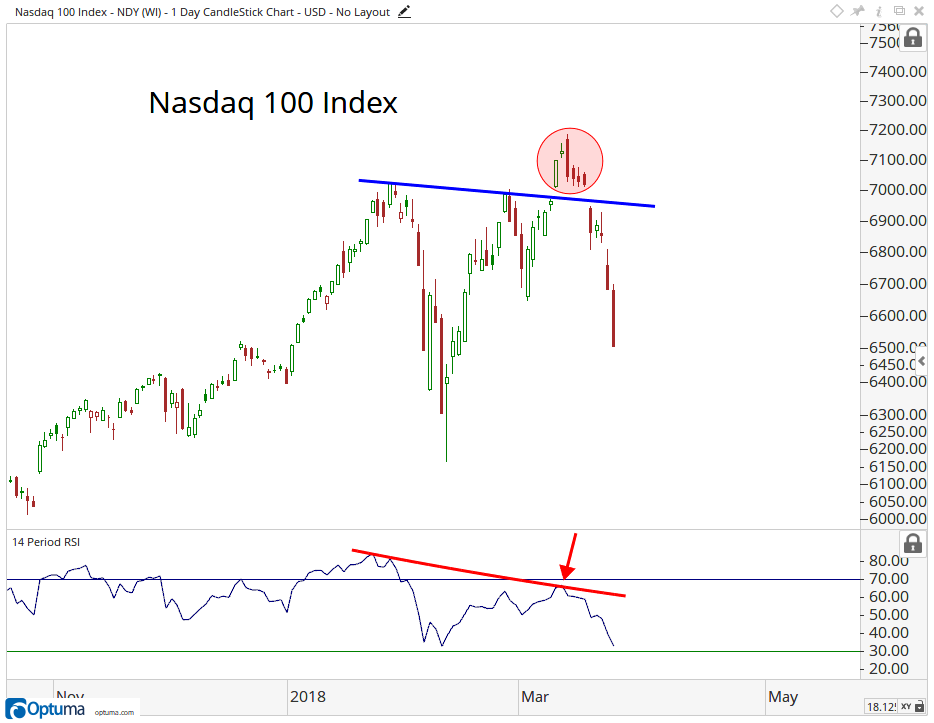 Not only did we have a breakout that could not hold, but it also confirmed a bearish divergence in momentum. This was enough evidence that suggested a more neutral approach in the short-term was best, but within the context of a longer-term uptrend.

The bullish potential seemed clear. The sooner that demand could absorb that overhead supply, and prices could fill that gap and move on, the more evidence of strength we would have on our hands. In addition, momentum divergences can resolve in two ways: either through a downside price correction or through time. The more bullish of the two is the latter, through time.

Here is what has occurred since then. Prices corrected for about 10 weeks and momentum held in a bullish range, never reaching oversold conditions. Now prices have filled that gap from March and are moving higher: 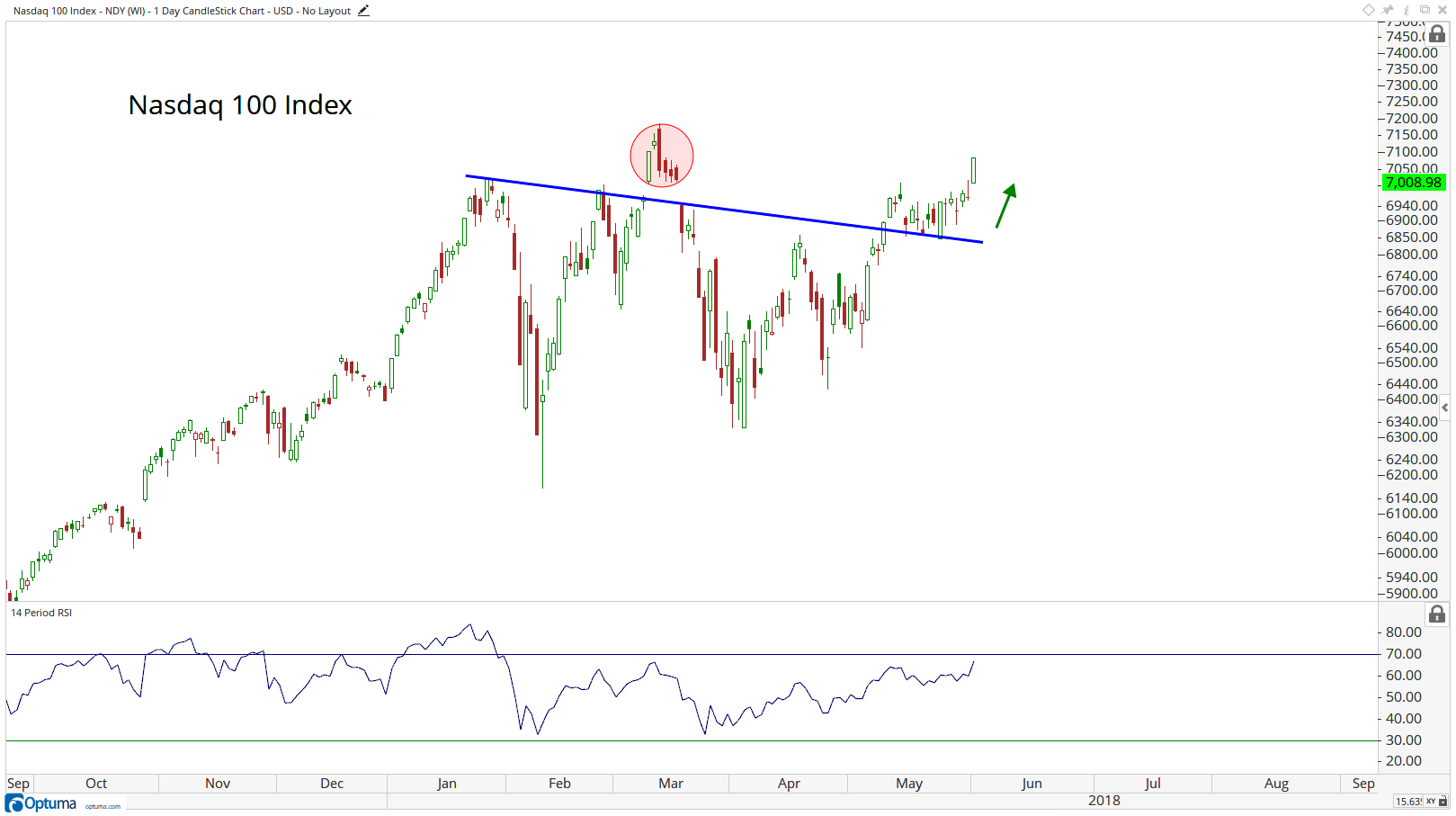 Here is a look at the same chart but with horizontal resistance showing overhead supply instead of the diagonal, less reliable, trend line: 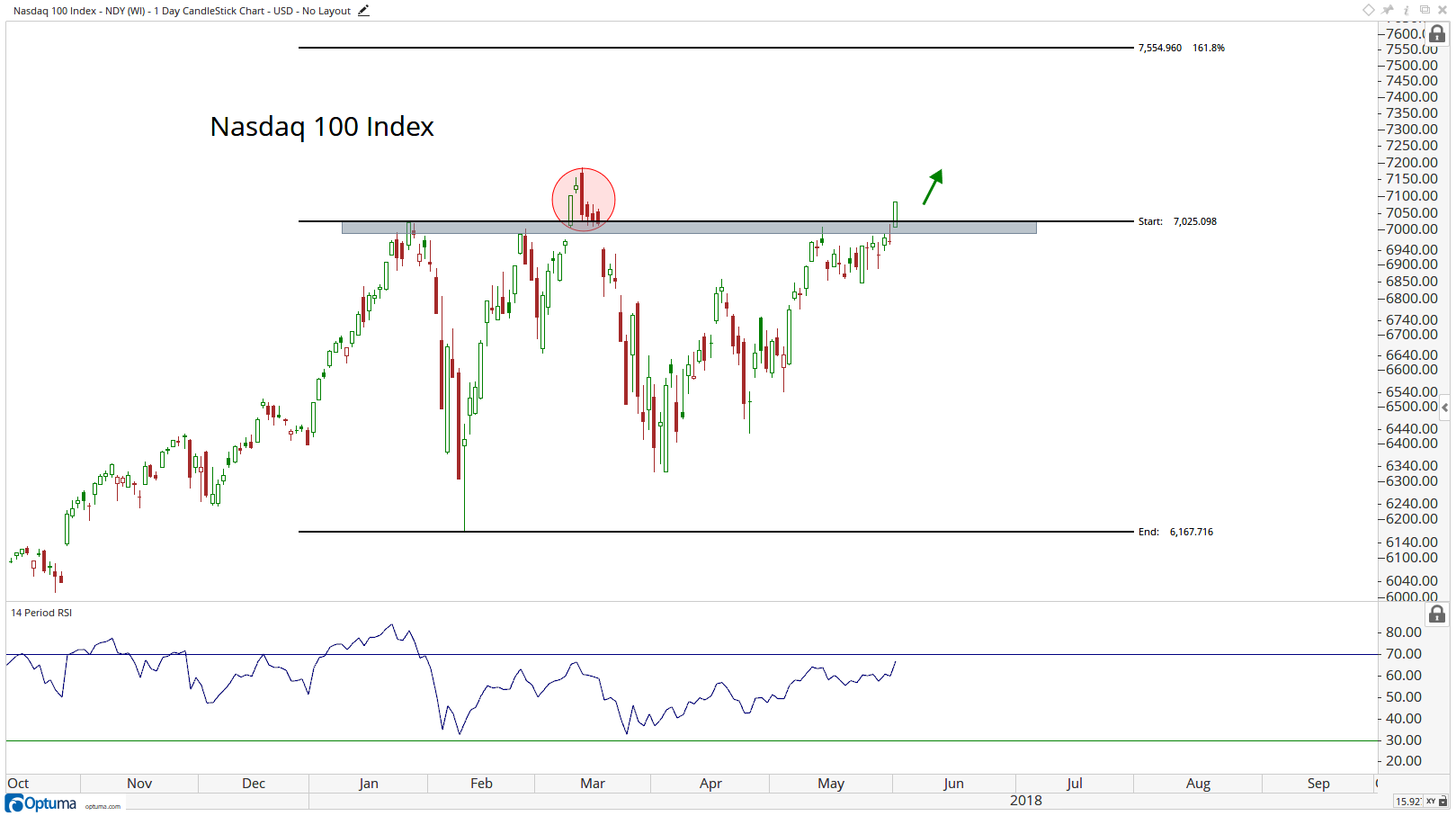 The gap has now been filled which presents us with an asymmetrical risk vs reward opportunity skewed in our favor. The charts above represent the Nasdaq100 Index. This next chart shows the ETF itself. We want to be long $QQQ if we’re above 171 with a target above 183. If we’re below 171, things get messy and we want no part of it. 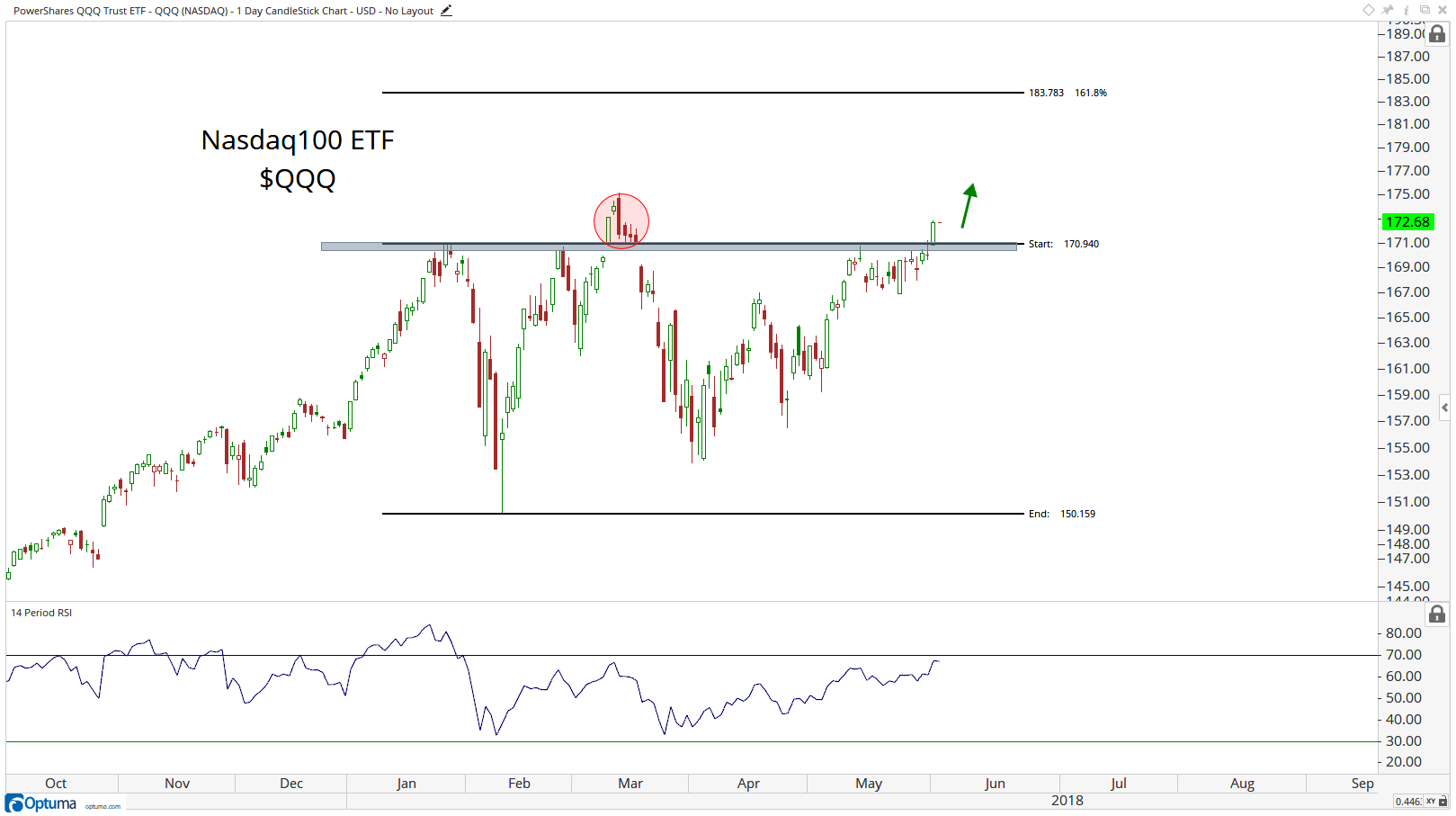 Click here to see other U.S. Stock Indexes breaking out