“Who cares what Belgium is doing”

“Indian bank stocks? Why are you looking at those?”

Today I want to focus on what we’re seeing globally so we can make much more informed decisions about the current trend. Do we want to be buying stocks or do we want to be selling them?

Here is the Global Dow Index breaking out above key levels this month. I don’t think there is any reason to complicate things. It’s Technical Analysis 101 in many ways. First, look how this index broke out in early 2017 above “Resistance” throughout 2014 and 2015 . After peaking last year, prices came down to “Support” from that former resistance.

Now we’re breaking out above the downtrend line from those highs. This key level also represents the 161.8% extension of the entire 2014-2016 decline. This is the most important reference point on this chart, as far as I’m concerned. If we’re above that 3000 area, we want to err on the long side of stocks, not just in the U.S., but globally: 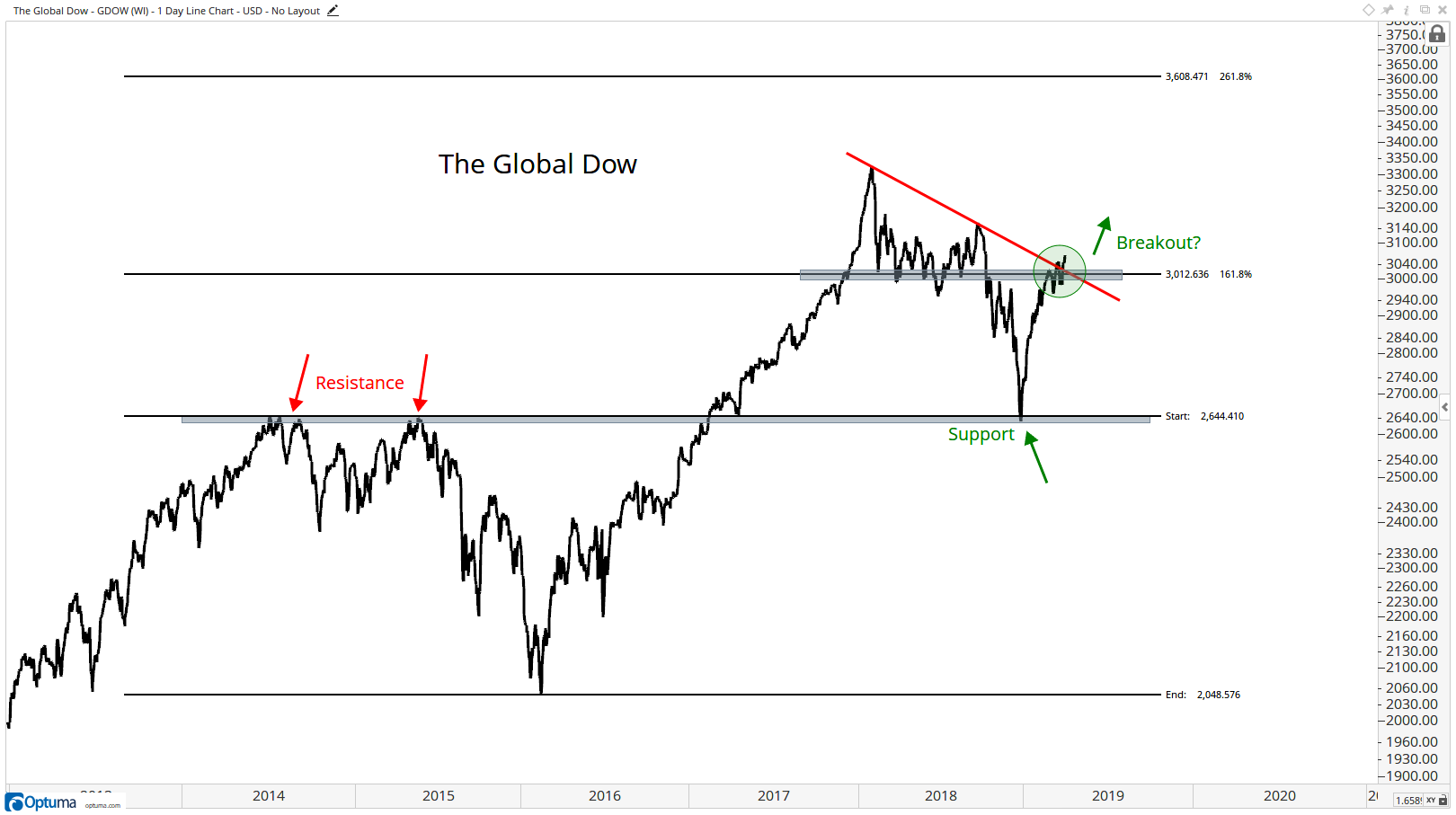 Less than half of this Index is represented by U.S. stocks. The next largest components are Japan, UK, France, China and Germany. 18% are Financials, Consumer Goods and Services are 20%, 12% Industrials, 12% Technology, 10% Healthcare and 10% Oil & Gas.

Here is a longer-term chart of The Global Dow. It looks like a nice little whipsaw in December slightly below the 2007 highs. Prices are now breaking out above that downtrend line and looks like that path of least resistance is not just higher, but much higher: 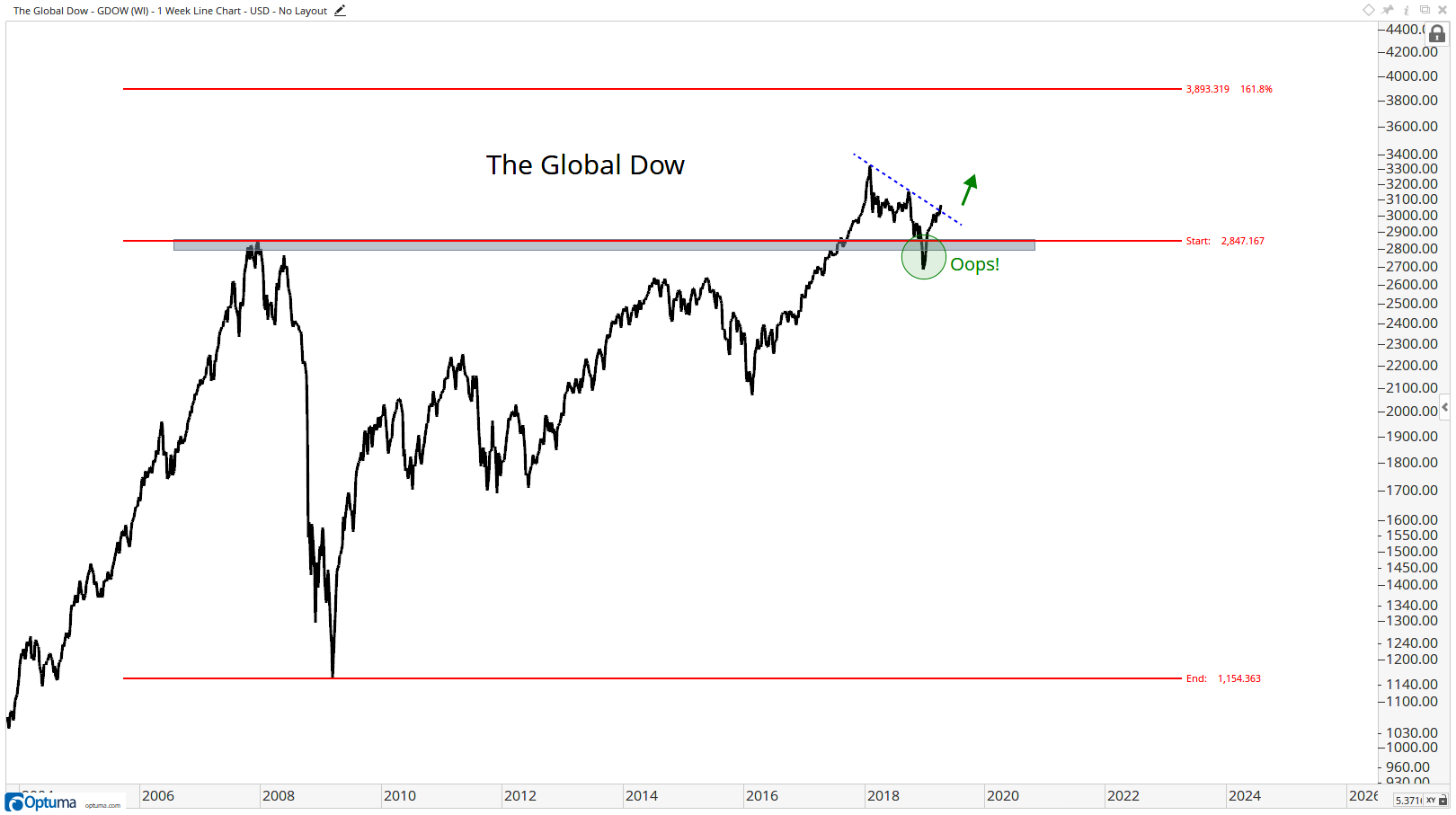 Again, that 3000 level is key. If you’re bearish stocks and think they’re going lower as a group, it’s going to be hard to be right if The Global Dow is above 3000.

Look at the London FTSE100 coming out of a 2-decade long base:

What if Europe breaks out from this huge base? 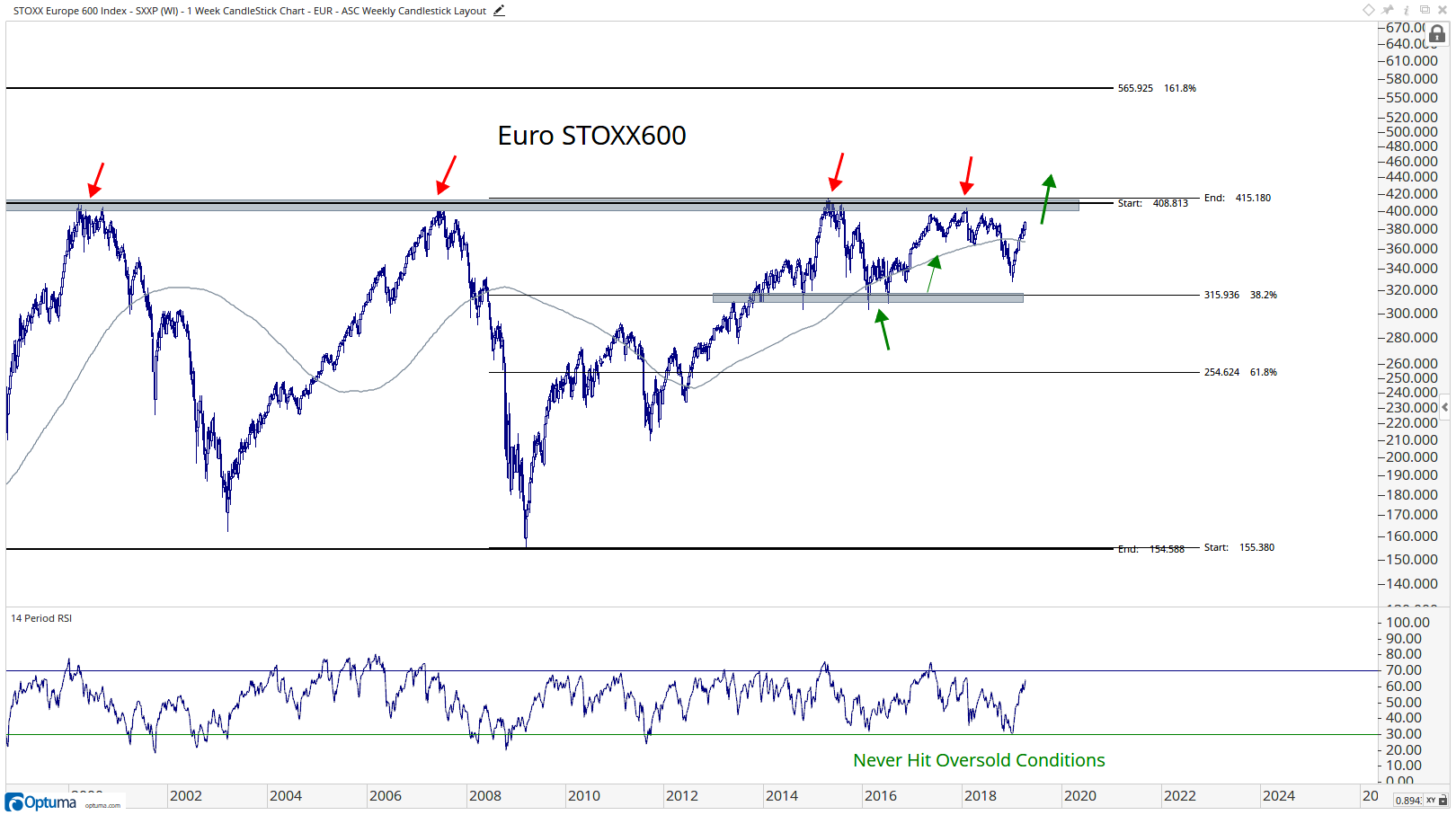 A lot of Emerging Market charts have huge bases too. Taiwan and Thailand are two good examples.

Here is the MSCI Emerging Markets Index Fund. Do we want to be buying this or selling it? 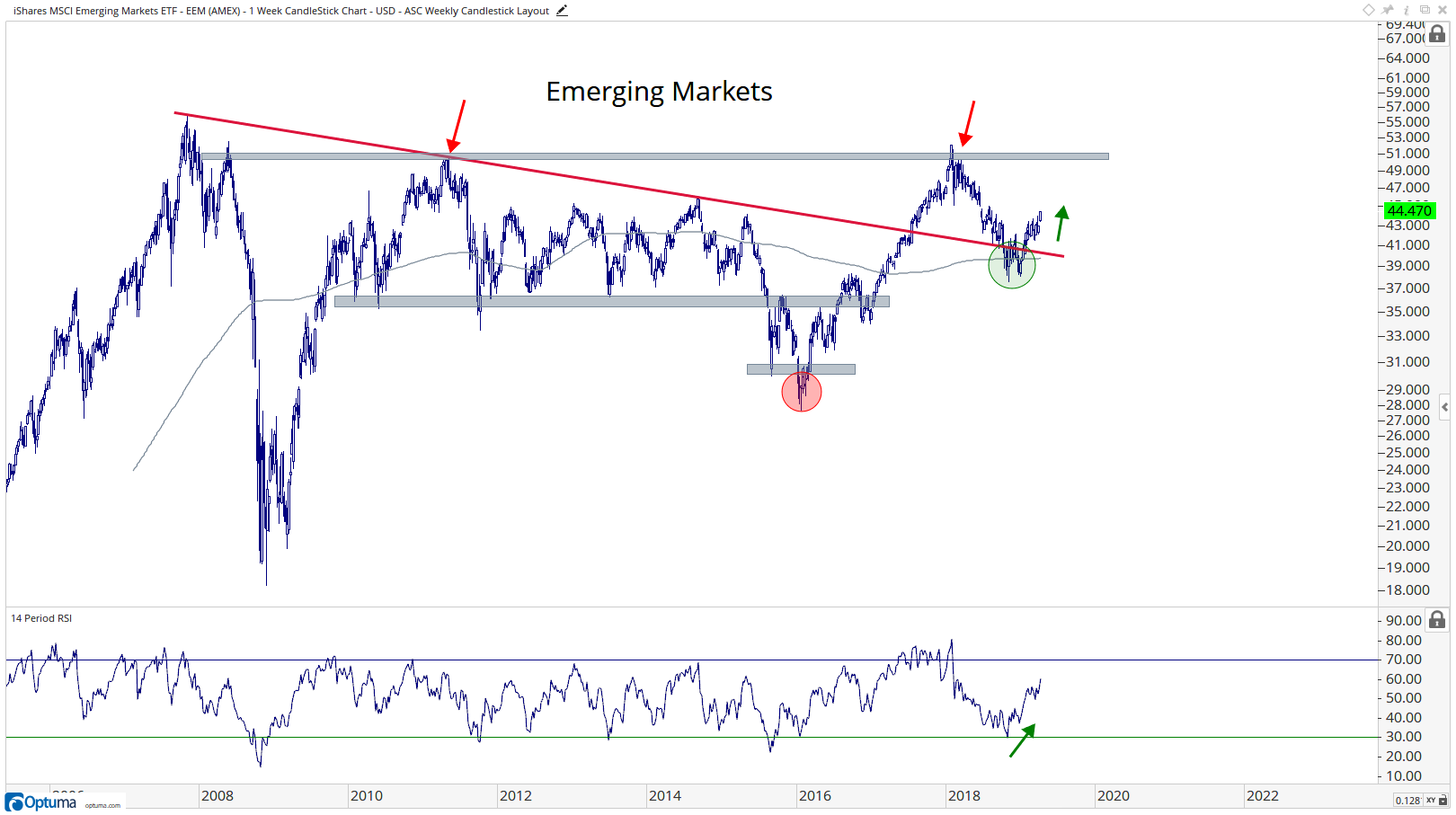 Short-term it’s still messy. But years from now will we be looking back saying that these were quadruple tops or will these Global Indexes resolve in the direction of the prior trend, higher?

I’m thinking they go much higher.

Tell me what I’m missing