From the Desk of Ian Culley @IanCulley

The US Dollar Index $DXY is on cruise control with nothing ahead but an open road.

The few obstacles that stood in its way are falling to the wayside. That’s right – the handful of commodity currencies that have refused to roll over during the past six months are beginning to slip.

Before we get to these fresh breakdowns, let’s set the scene with two currencies that have been anything but resilient – the euro and the British pound.

Here’s a dual-pane chart of the euro and British pound: 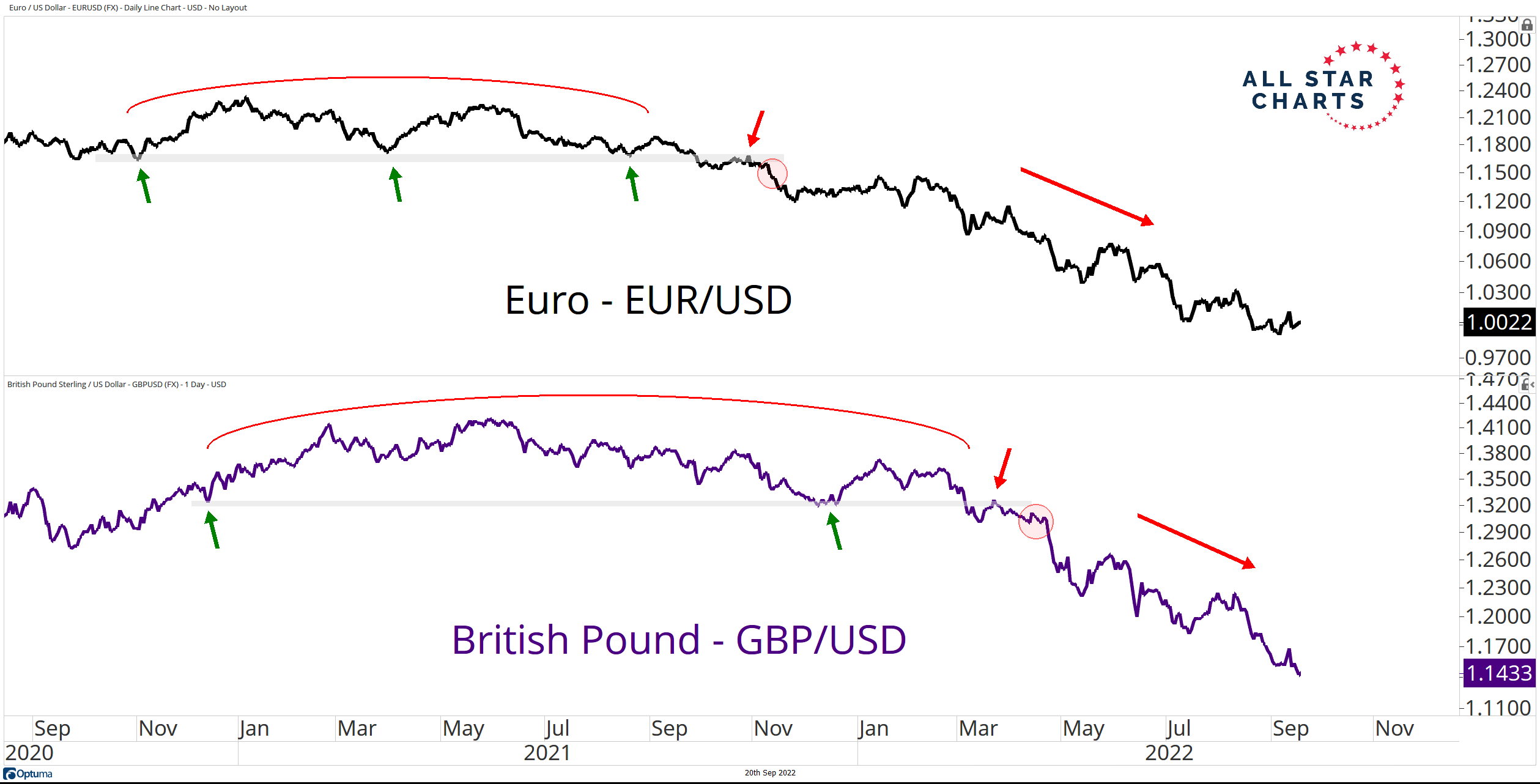 This year, it’s been down and to the right for both.

Combined with the Japanese yen, these two currencies account for more than 83% of the DXY. It’s hard to imagine three weaker currencies than the yen, the euro, and the pound.

While the weakness intensified across these dollar pairs, other major global currencies began to roll over against the buck as well –  all except a handful of commodity currencies.

Check out the dual-pane chart of the Canadian and the Australian dollars: 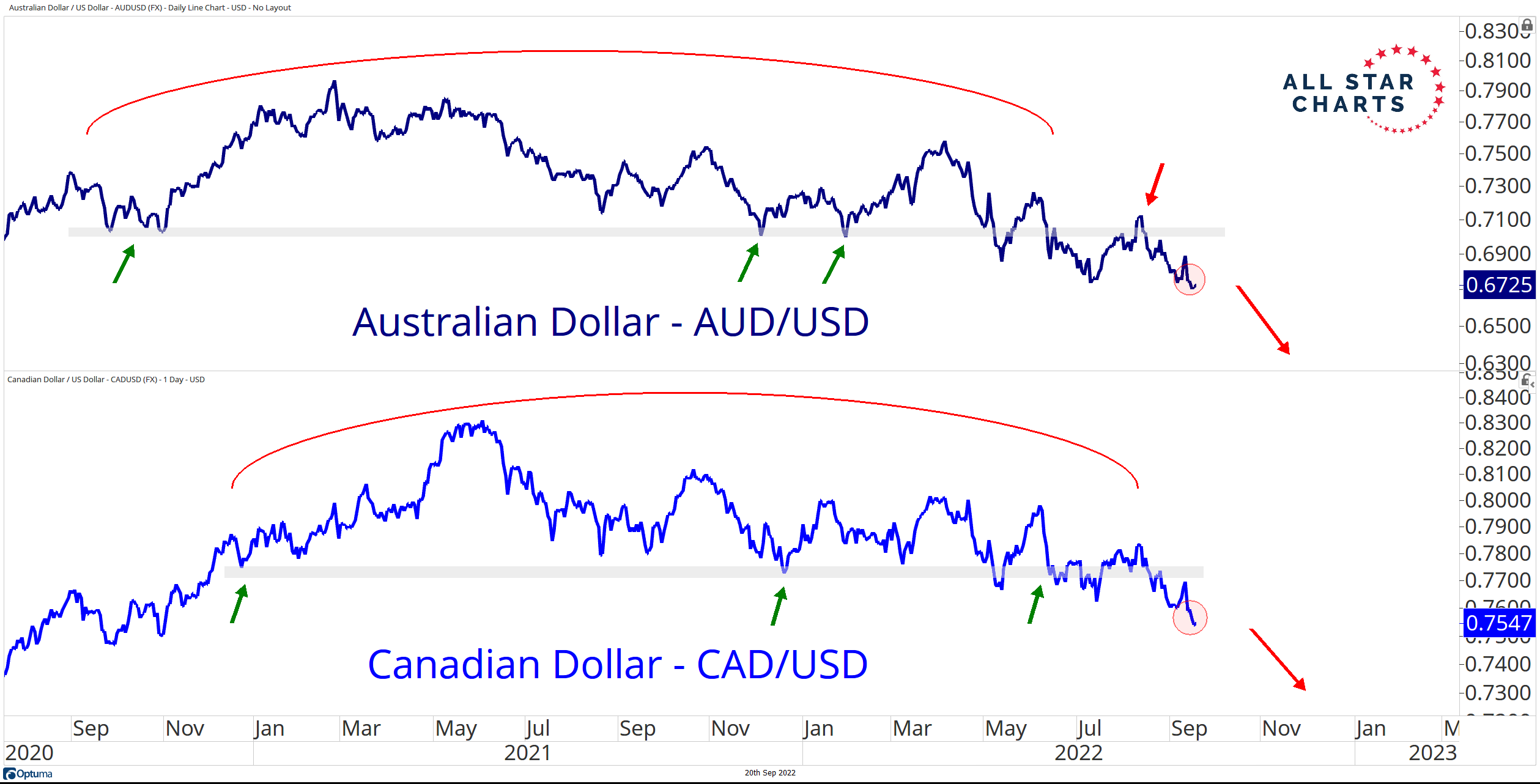 They present quite a different picture than the euro and pound. The trend was sideways into late summer, not down and to the right.

But that’s starting to change.

Last week saw major breakdowns in the AUD and the CAD. The AUD/USD reached its lowest level since the spring of 2020. And the Canadian dollar printed its lowest weekly close in almost two years.

The dollar bulls have finally come for the last currencies standing. We think the GBP and the EUR charts offer a solid roadmap for where they’re headed next.

With fresh breakdowns in the aussie and the loonie, it’s becoming difficult to find any holes in the dollar rally. It’s an impressive uptrend.

We just need to remain selective, understanding that continued dollar strength means challenging times are likely ahead for the broader market.

As always, let us know what you think.