As we finish up the first quarter of 2014, I think it’s important to take a look at some of the longer-term cycles that can affect US Stocks over the next few years. Included in our cycle work is the Decennial Pattern that goes back to the late 1800s when Charlie Dow first created the Dow Jones Industrial Average.

Today we’re looking at every 5th year of each decade starting with 1895. The 5th year is by far and away the best year of the Decennial pattern. Here is the data showing that of the 12 “fifth years”, 11 of them were up averaging a return of almost 29% per year. 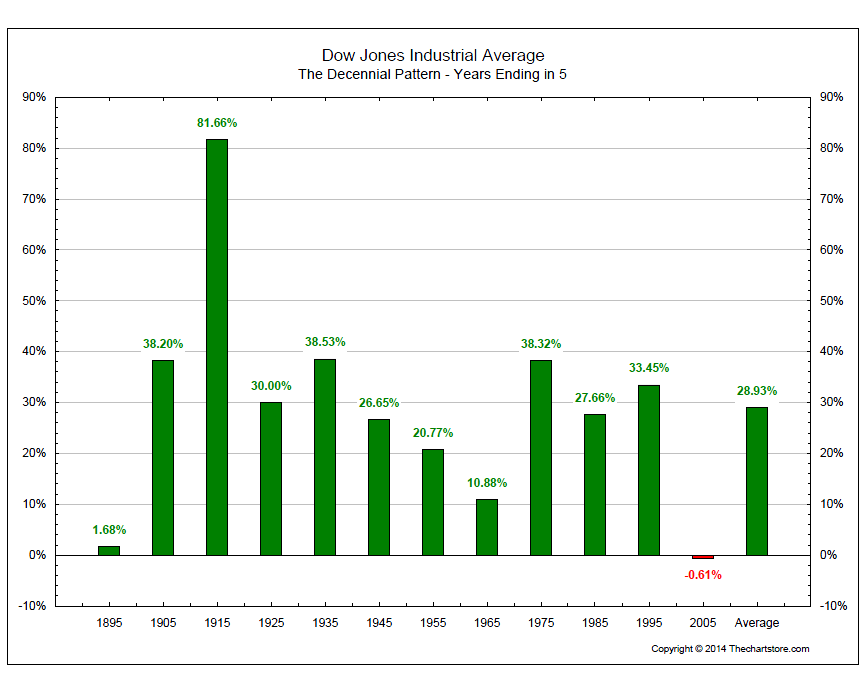 The only fifth year that has ever been negative in the history of the Dow Jones Industrial Average was in 2005, where they went down a catastrophic 0.61%.

Look at all 10 years of each decade so you can see how much the fifth year really stands out. No other year even comes close. In fact, the next best year (8th) returns on average less than half of what the fifth year averages. 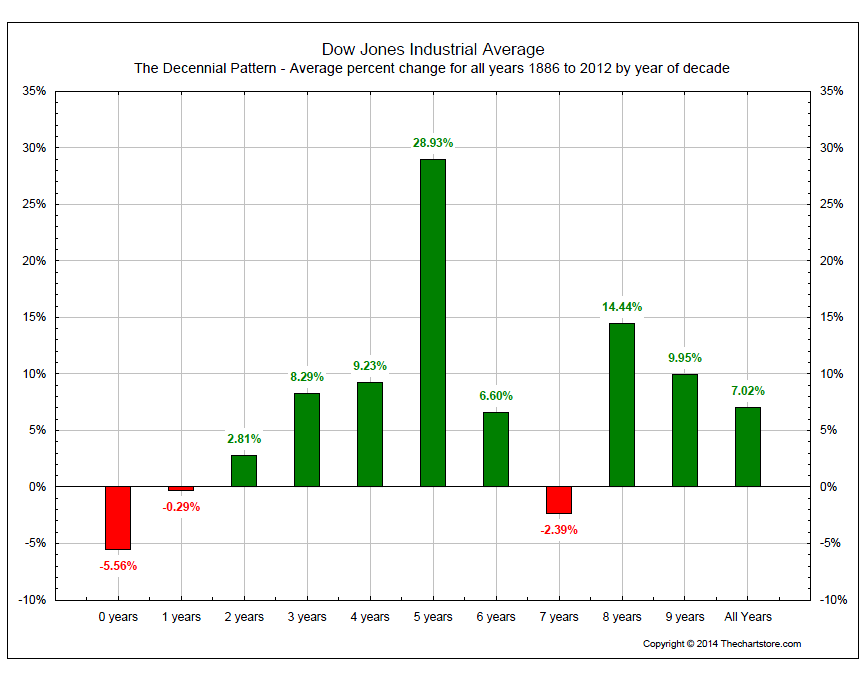 The stats are what they are. We’re not going to day trade based on this data. But I think it’s worth keeping a close eye on this sort of stuff as we proceed through the mid-term election year. We are currently in the 2nd year of the Presidential Cycle. Mid-term years are historically some of the worst. But the 3rd year, the pre-election year, is historically by far the best of the 4-year cycle. So it makes sense with the Decennial Cycle that 2015 would be a good one.

Now what does that say about today? Well I would expect a nothing or a down year, which is exactly what we’re seeing so far in 2014. Stocks are by far the worst asset class so far year-to-date. And that’s because most of us are trained to look at US Stocks, which are some of the best in the world on a relative basis. Most of the other countries around the globe, however, are down a lot more than US Stocks this year.

So we want to keep the Decennial Cycle handy. These are some powerful numbers. It’s probably in our best interest not to ignore them.