From the Desk of Louis Sykes @haumicharts

Bear markets bring out the worst in us.

Investors lose money and look to others to blame for their mistakes. It’s human nature; it takes less mental fortitude to pin the blame on an externality rather than adopt responsibility and work on yourself.

In bear markets, conspiracies are born, and hatred is often devised.

“If it wasn’t for the Fed, my equity curve would still be sloping up.”

“Wall Street and the wealthy are conspiring to make me poorer.”

In my short stint in this industry, I’ve noticed a lot of this self-destructive behavior.

One particular notion I’ve seen catch traction in recent days is that the CME Group — operator of the world’s largest financial derivatives exchange — is actively trying to suppress Bitcoin from global adoption.

Back in the early days of Bitcoin derivatives, the vast majority of trading was done via coin-margined contracts. In other words, you had to own Bitcoin spot to collateralize your futures position.

In fact, this was the normal way of doing business even as late as April 2021, when more than  70% of all open interest was crypto-margined.

Nowadays, that number hovers at 45%. And much of the remaining crypto-margined contracts could very well be delta-neutral arbitrage activity rather than directional trading.

But, with the introduction of the CME and the first US futures ETFs, now they’re cash-settled. This means traders on the CME only have to front fiat instead of Bitcoin spot.

Back in the day, you would have had to own a particular amount of Bitcoin to sell contracts on the CME. Now, you don’t need to own any spot. All you need is USD to collateralize your position.

Because of the growing money supply and a vast quantity of fiat reserves relative to Bitcoin circulating supply, it can be argued that the CME can suppress Bitcoin prices from large short activity.

Theoretically, you don’t need to kill Bitcoin. There just has to be sufficient shorts in the system to anchor prices.

Another theory has similar undertones but relates to arbitrage.

Extending our knowledge of the CME, traders can sell contracts to a point where futures are trading at backwardation.

When these contracts trade at a discount to spot prices, arbitrageurs come in to close the gap. They do this by buying futures and selling spot, driving down Bitcoin spot prices.

Because these contracts are cash-settled, the “suppressors” can continue fronting endless cash in an attempt to suppress Bitcoin prices.

These narratives read like the overly academic finance models they teach students in undergrad.

When we focus on reality rather than narratives, we see that the CME has tiny volume and open interest relative to the larger derivatives exchanges and futures as a collective.

In fact, the CME only captures 12% of the total Bitcoin open value. 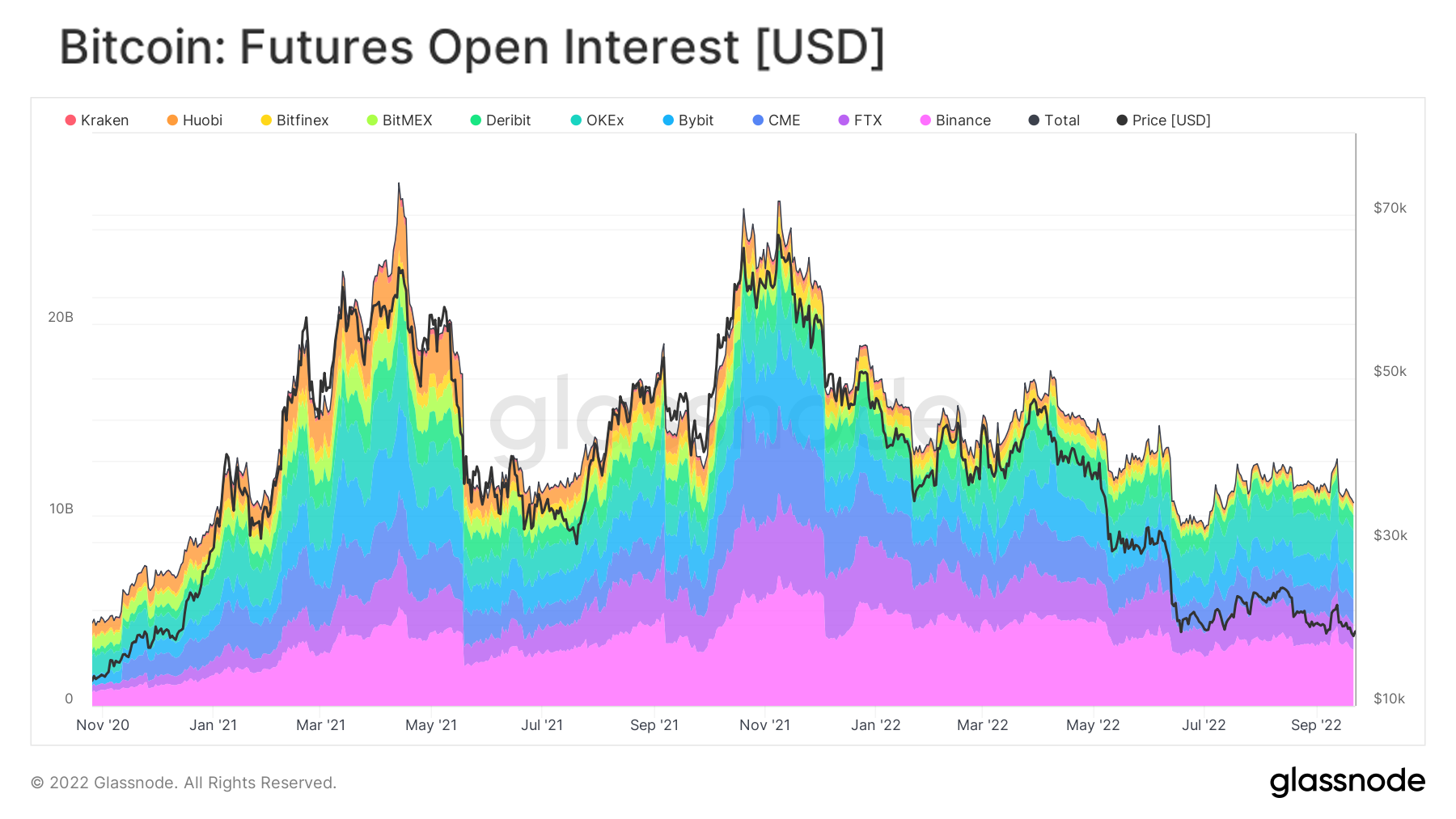 If you’re going to evaluate any derivatives flow, you’re going to analyze Binance and FTX. These two house the overwhelming majority of futures flow, with the former handling more than the latter.

As far as I’m concerned, the CME is rather irrelevant compared to the others, which is surprising, considering the conspiratorial aura it seems to emit.

One can make a sound argument, on the other hand, that futures have a role to play in influencing price action. This is simply because futures volumes are far greater than those on spot exchanges and on-chain.

But, considering the macro backdrop, I think this is primarily limited toward short-term trading.

The only factor driving Bitcoin — beyond intraday action — has been liquidity conditions and risk markets.

I’m sorry, it’s just objective mathematics at this point. The correlations have been elevated for months on end.

As far as I’m concerned, the whole “CME is suppressing Bitcoin” theory is guided more by conspiracy than data.