The noise machines are getting louder these days with Junk Bond Funds falling to levels not seen since March. You have the frustrated stock market bears data mining the heck out of everything trying to find something to justify their losing positions, or lack of winning ones in many cases. Remember it’s not just about the money they’ve lost trying to short the stock market, it’s the overwhelming amount of opportunity cost already incurred by simply not being long enough. It’s double the frustration. I’ve noticed these bears turning to the bond market for guidance.

While the yield curve continues to fall, we’ve actually found that historically the stock market does the best when the yield curve is exactly where it is today (2s-10s specifically). But today I want to talk about the spreads between Junk Bonds and Government Bonds. When the stock market is showing plenty of evidence of risk appetite, we want to see the bond market confirming that as well, not diverging from it.

This is the chart of Junk Bonds to US Treasury Bonds using ETFs to represent each asset, so $HYG vs $TLT. Notice how this spread bottomed last year at the exact same time that the S&P500 finally put in its bottom: 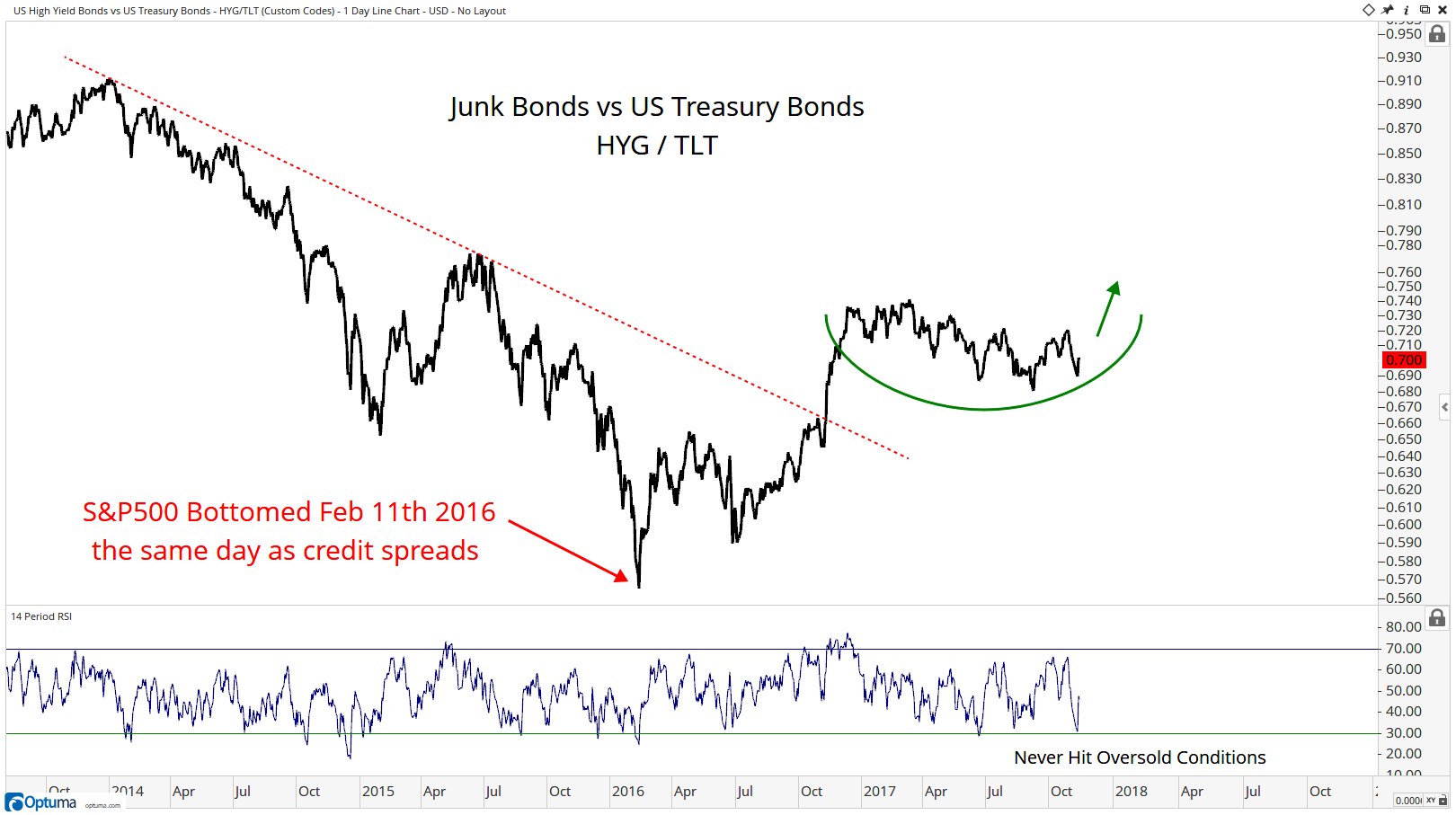 Throughout 2017 we have seen the spread consolidate its initial breakout from late 2016. More recently momentum has not been able to reach oversold conditions. This, to me, is characteristic of an uptrend, not a downtrend. When a market is in an uptrend momentum does not get oversold. This is a heads up that we could be at the beginning of a move higher, which would most likely coincide with further strength in stocks (See: How Easy It Is To Use Momentum)

If this spread rolls over, takes out the September lows and momentum gets oversold, I will be the first to argue that something is changing with respect to risk appetite from fund managers. This would most likely leak into the stock market and we should expect some distribution.

But this has not occurred at all, yet. To the contrary, the overwhelming amount of evidence continues to suggest that fund managers are behind and need to catch up. We are not seeing deterioration in the credit spreads, as we would expect to see stocks were about to fall out of bed.

Things still look good out there.