It’s not a secret that Emerging Markets were the big loser for a long time. Since peaking during the 2010-2011 time period, the underformance of anything EM, Mining and Natural Resources has been clear to all of us. Gold was a terrible investment, mining stocks, stocks in mining countries and others in that area had been the worst place to put your money for many years. Although still not in a full fledged parabolic rise, we’ve seen what appears like a healthy completion of a massive base.

To me, this is suggesting that the outperformance we’ve been seeing out of Emerging Markets is just getting started. The initial burst from early 2016 was more of a beta trade. This is when stocks as an asset class bottomed and the worst of the worst, emerging markets in this case, outperformed because of their higher volatility nature and the simple fact that, the harder the pounce, the more violent the bounce. We’ve gone nowhere the past 15 months since that initial thrust of the lows. Until now.

Here is an equally-weighted chart of the stock market indexes in Brazil, Russia, India, China, South Korea and South Africa relative to the S&P500. What this is here to represent is the most important emerging markets in the world compared with  U.S. Stocks. You can see the 4-year basing period: 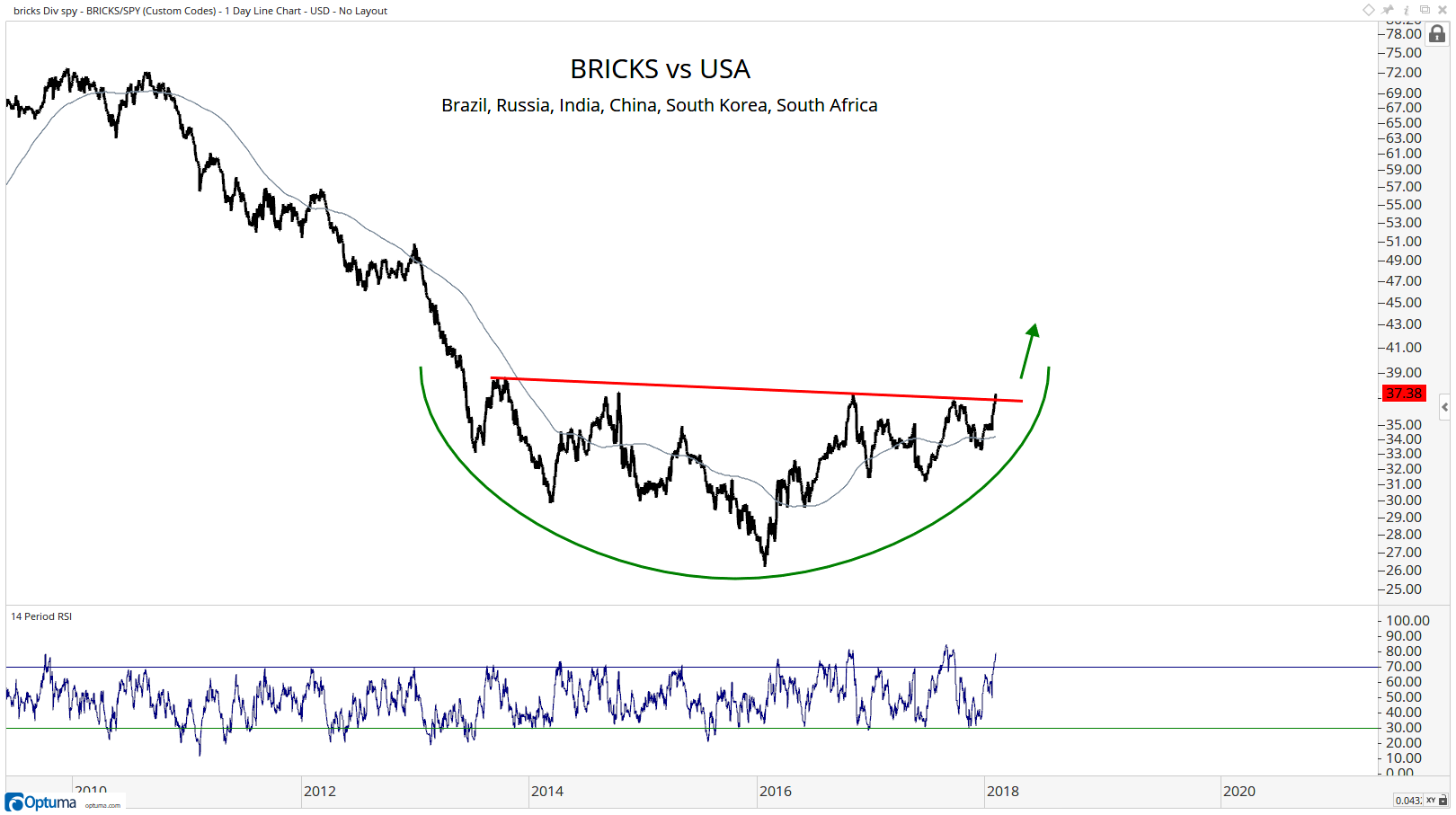 I think if we’re above that downtrend line from the late 2013 highs in this ratio, we want to approach the marketplace over-weighting Emerging Markets and thinking in a way that we want to be exposed to Natural Resources, Mining, Metals and Energy. This seems to be an overwhelming theme.

From a risk management standpoint, if Crude Oil is above 62, Canada’s TSX is above 15,000 and Gold is above 1300, then this thesis probably remains correct. But to me, staying above this trendline is likely the best way to approach risk.

Premium Members access regular updates to this BRICKS vs S&P500 chart in the Intermarket Workbook.