When stock markets crash, you can’t pick up a newspaper or turn on the television set without someone writing or talking about it. The economic implications are clear, and therefore it deserves the press. But the price action itself is pure. The psychology behind it and the reversal in sentiment cannot be denied. So we need to keep in mind that although in some cases there is a ripple effect into our daily lives, other price crashes don’t necessarily have those repercussions. But it doesn’t mean that the price action isn’t exactly the same.

Here is a chart of 6 popular booms and busts in stock markets that have certainly made headlines over the years. We can see a lot of similarities in the behavior of these markets: 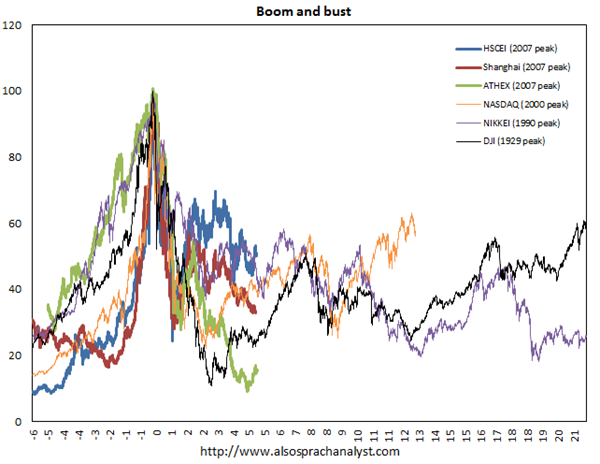 But crashes don’t HAVE to come in stock markets. They also don’t HAVE to come in absolute values. They can come in other assets classes and they can come in one market relative to another. One market crash, that I believe is still in the process of crashing is the Crude Oil to Natural Gas Ratio. While averaging about 10:1 since 1990, this market hit 54:1 this April and has been declining rapidly ever since. Last week we hit new 52-week lows of 22:1 in this market and we don’t see any evidence of the crash coming to an end yet.

I’ll be on Canada’s Business News Network today at 11AM EST discussing this ongoing market collapse. Check it out live if you can, otherwise I’ll post the video once it’s out.

* live interview postponed for Wednesday 11AM because of this: Goodbye Carney 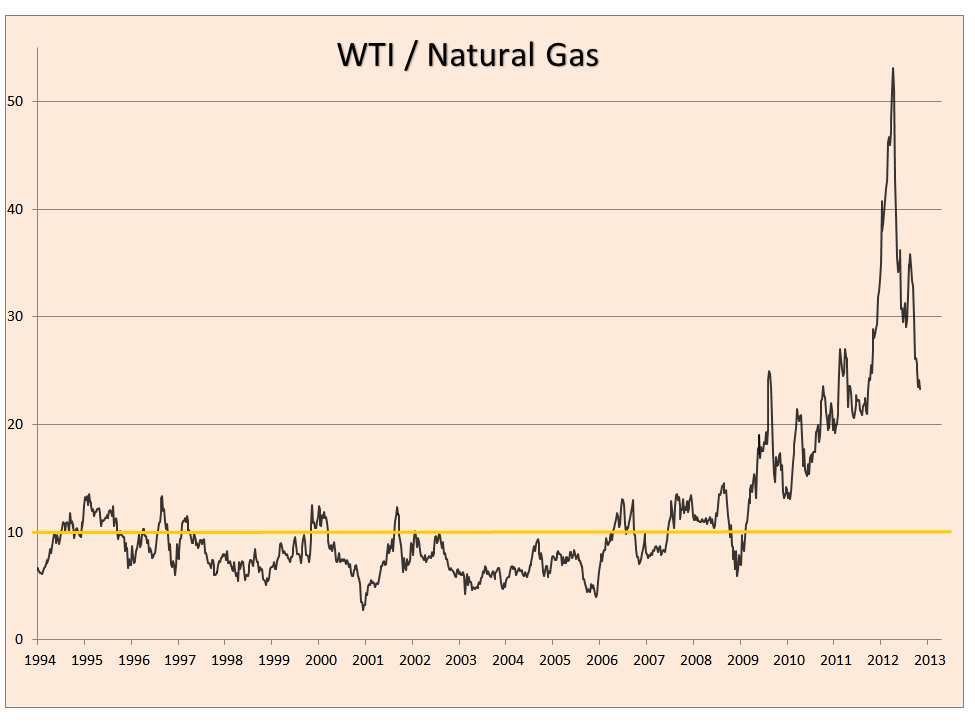