With soaring prices across the globe, inflation is cementing itself as the topic du jour to end the year.

Bitcoin continues to appear in the conversation as the new and upgraded gold. Proponents argue that Bitcoin is the superior inflation hedge.

The simple fact of the matter is that the “Bitcoin inflation hedge” story is just another narrative that we don’t see being supported with sufficient evidence.

Over time, Bitcoin will likely morph into gold-like returns. But, at least for now, Bitcoin is yet another high-beta risk asset that feeds on liquidity. What was once a minuscule asset is now becoming increasingly correlated to legacy markets since COVID. 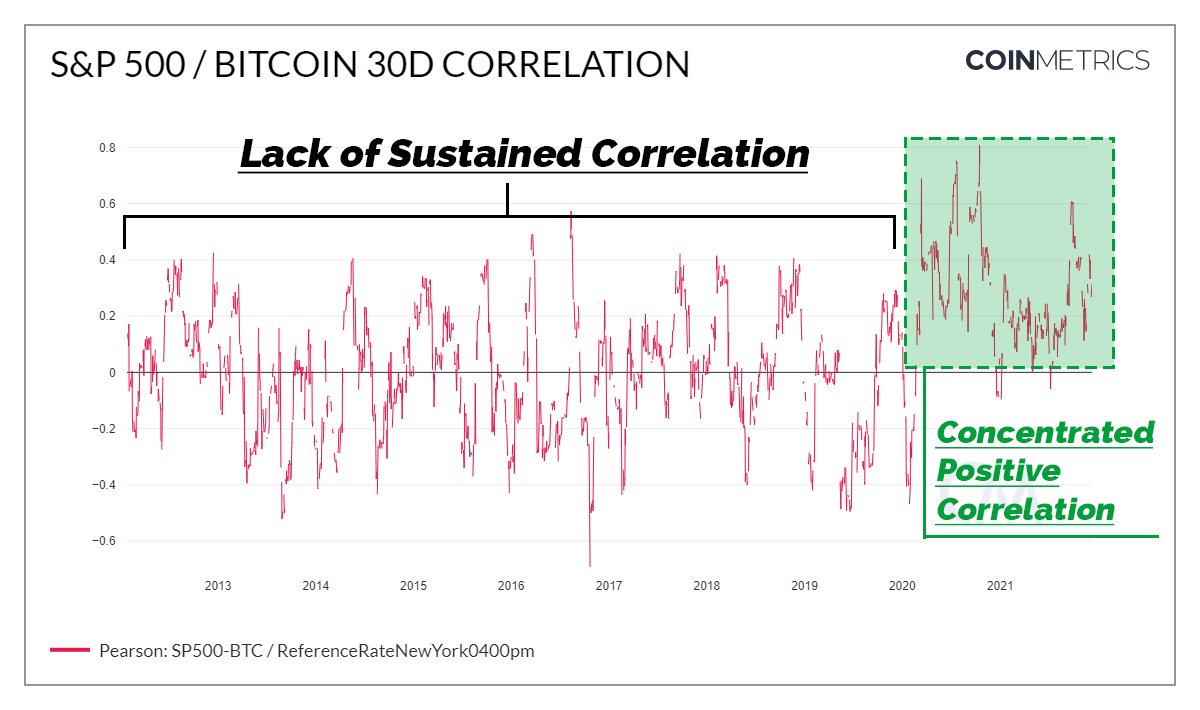 Bitcoin continues to exhibit risk-on behavior, and it can also be seen as an extension of a levered play on the bull market in risk assets and equities.

Even when we run the correlations, the S&P 500 has been more correlated with inflation and the Consumer Price Index than Bitcoin.

Bitcoin will likely have to have do a multiple on its current market-cap before it exhibits lower volatility and gold-like returns to make it correlated as an inflation hedge.

As it stands, Bitcoin is the first programatically scarce digital asset. And, over time, there’s a reasonable argument that it’ll exhibit these characteristics. Over 90% of the 21,000,000 Bitcoin have now been mined. With an annualized inflation rate of 1.88%, it will take another 120 years for the remaining 10% to be mined. This is true and absolute scarcity. 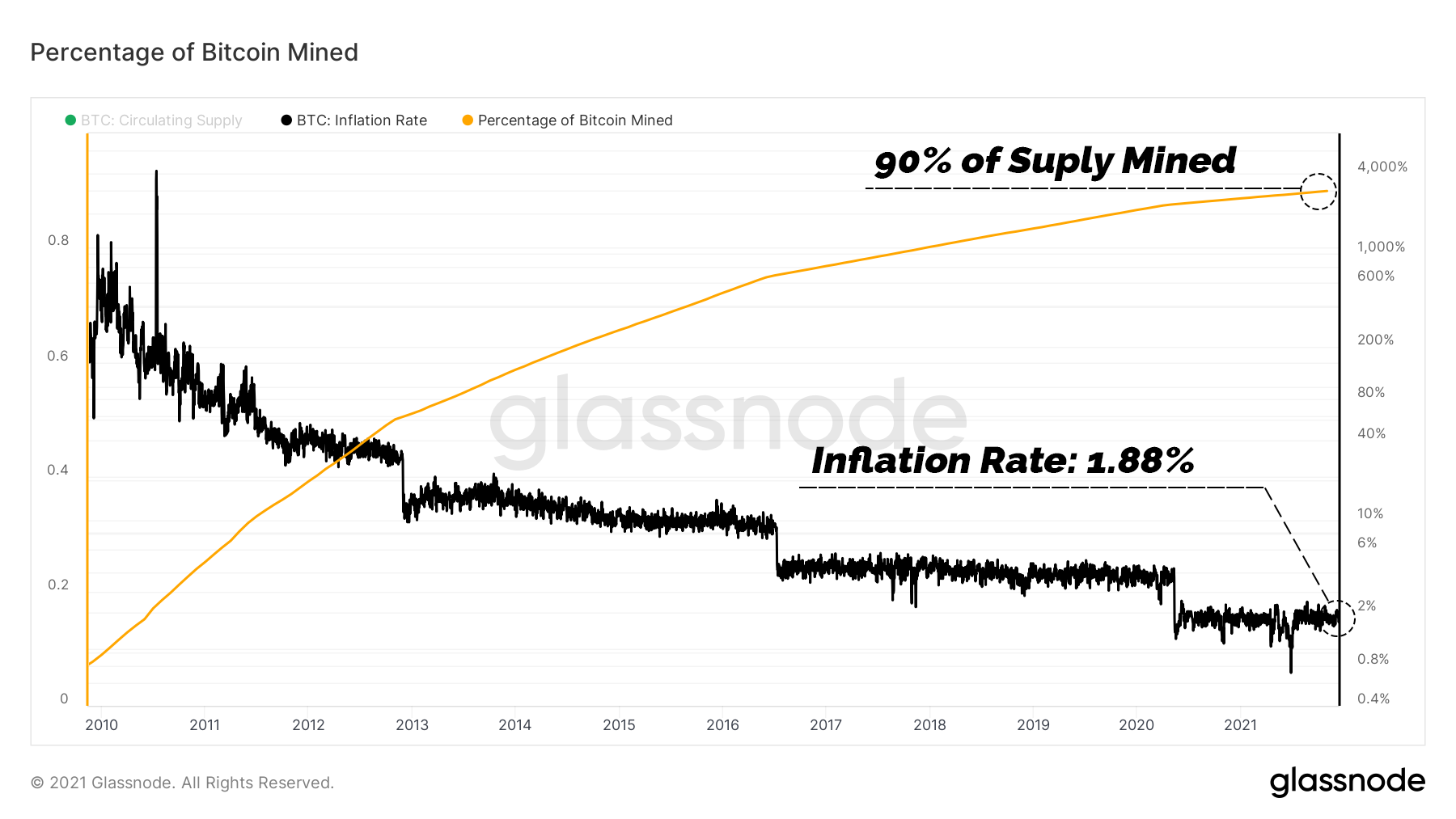 We’re certainly open to the thesis. But, for now, we want to treat it as yet another high-beta risk asset — or, like our friend Howard Lindzon would say, as just more stocks.

We’d love to hear your thoughts!