A 9% correction for a currency in just six weeks brings out a lot of hatred. The Australian Dollar vs US Dollar is down from a high of 1.05 last month to a low 0f 0.95 last week. That happened very quickly. But sentiment came down right along with it, to record levels in fact. According to the most recent Commitment of Traders report, total bets against the currency are now the second highest in history (next to early June 2012). Do you guys remember what happened last June? 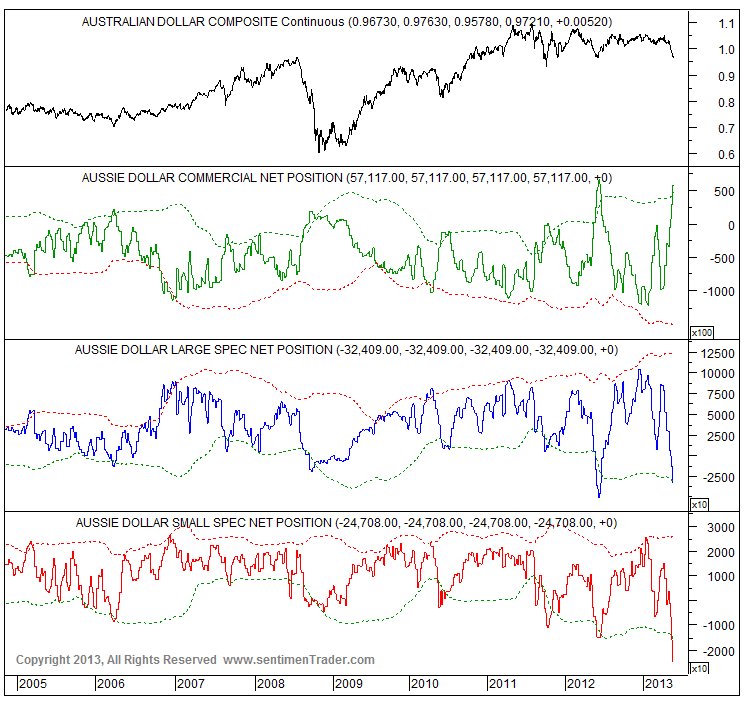 We haven’t seen anything like this since last June, which sparked a quick 10% rally in the currency, not to mention the beginning of a monster move in global equities. Here is a daily bar chart of $AUDUSD right back to last Summer’s lows: 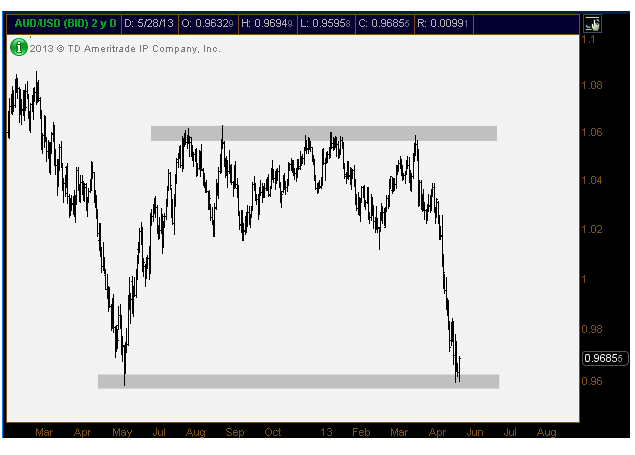 Will Aussie find a bottom down here once again? With sentiment at these extreme bearish levels, it looks to me like the probability of a short term bottom is pretty high. The buyers certainly showed up a year ago at these prices. Let’s see if they show up once again.