Last Month Facebook, Linkedin, Twitter, and Tumblr each hit new all-time U.S. audience highs. Meanwhile, MySpace.com saw its audience decline by nearly 50% in the past year while average user engagement has dropped 85%. They saw just 34.9 million visitors this month barely holding on to their #2 position. Here is the Facebook vs Myspace chart via Comscore. How about that Golden Cross in the Spring of 2009? 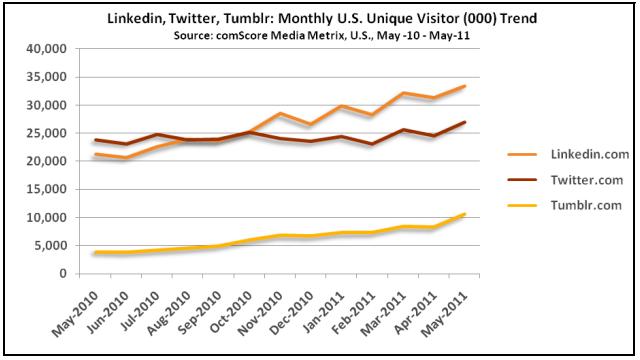