A lot of What If’s out there….

Yesterday we took a look at the Nasdaq100 and asked: What if, after closing right at former support, $QQQ rallies through what was supposed to be resistance? Well it did that today. The question now is how long can it hold onto those levels?

Let’s ask another question: Knowing that US Treasuries and Stocks are inversely correlated, what will happen to Stocks if US Treasury Bond Prices continue to rollover? It looks ugly up there, so how are stocks going to react? 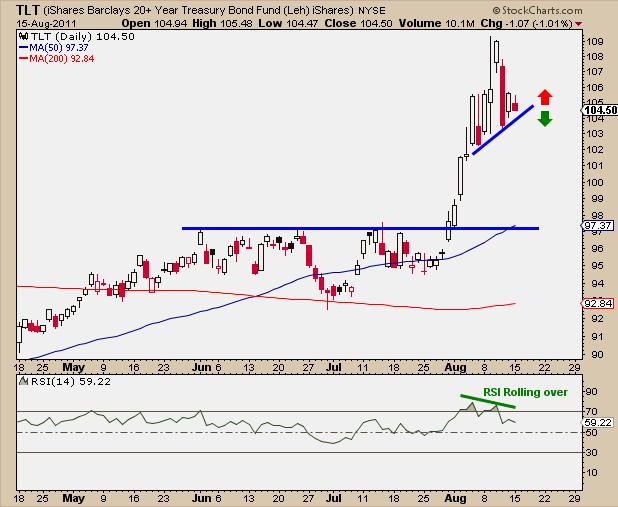 The chart above shows Treasury Bond Prices ($TLT) breaking out of a long base at the beginning of the month and exploding higher. Well since the top last week at the peak of pessimism, the action in Bonds has been ugly. So if we’re trading stocks, and a lot of us are, we want to know whats next for Treasury Bond Prices.

Personally, I see little or no evidence of these bonds holding on to these prices much longer. I find it hard to believe that $TLT won’t get back down and at least retest the breakout level from a few weeks ago around 98. I could be wrong of course, but these Treasury Bonds feel heavy to me.

Now getting back to stocks, we have gone a long way rather quickly. “Too far too fast” is what I keep hearing. In addition, we have hit our initial targets in the S&P500 that we have been discussing based on our Fibonacci retracements. It’s a tough call right now on Stocks. Do we keep rallying like the Nasdaq is telling us? Or will we roll over and continue with the Gloom and Doom that I keep hearing?

I’m going to keep watching Treasury Bonds to help me make my decisions on the equities side. If these Bonds keep selling off, I find it extremely hard to believe that stocks won’t keep rallying. I’m looking for strength in Treasuries to lighten up some more on my short term trades. Any strength at all, really…. 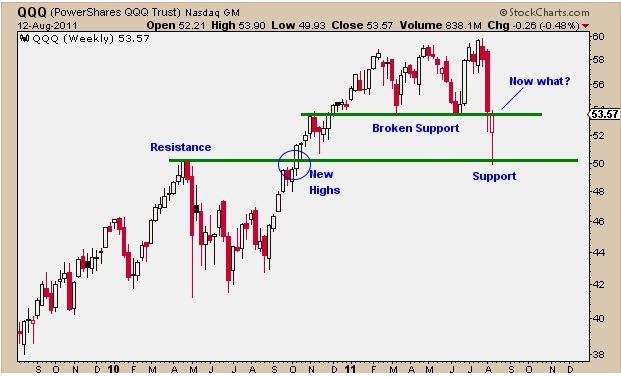 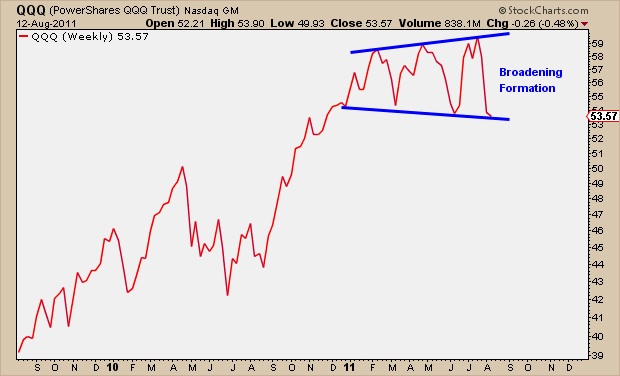 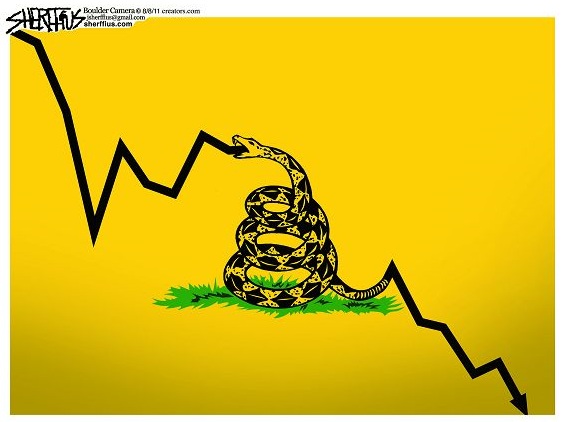 Capitulation? Not Yet (WallStreetJournal)

What this Market Drop Means (PragmaticCapitalism)

Brian Shannon does a great job breaking down this market using multiple timeframes. I love the comparisons between the market and 4th of July Firework displays:

I’ve been watching Brian’s videos for years. Make sure that Alphatrends.net is part of your rotation. Don’t forget to check out his book. Hands down one of the best on technical analysis that I’ve ever read. 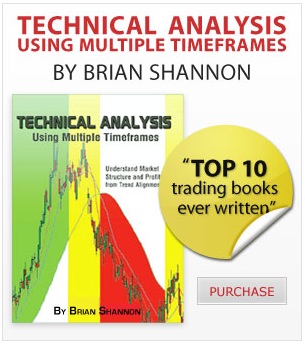 Some traders really like to complicate their charts. Sometimes I see way too many oscillators, enough moving averages to represent every color in the rainbow, Ichimoku Clouds with Bollinger Bands and Gann lines as far as the eye can see. It gets to the point where you can’t even tell what the actual price is doing. There’s too much noise in some of these charts. Remember, it’s only price that pays.

“The basic trendline is one of the simplest of the technical tools employed by the chartist, but is also one of the most valuable. An up trendline is a straight line drawn upward to the right along successive reaction lows.” – John Murphy

As much as I love my Fibonacci sequence, sometimes it’s best to cut everything out and just take a look at price action. Grab a crayon (not a pencil) and draw one line. That’s right. One line, imagine that? When I was a pitcher back in my baseball days and I couldn’t find the strike zone, I would just get back to basics. Go from the stretch and throw strikes. These lessons helped me more than I ever knew. The market is giving us mixed signals folks and it’s tough to find the plate, so lets get back to basics.

Here is a weekly Logarithmic Bar Chart of the S&P500 ($SPY): 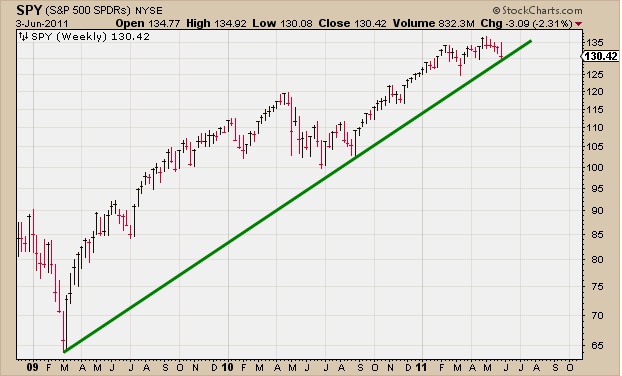 Here is a weekly Logarithmic Bar Chart of the Nasdaq100 ($QQQ): 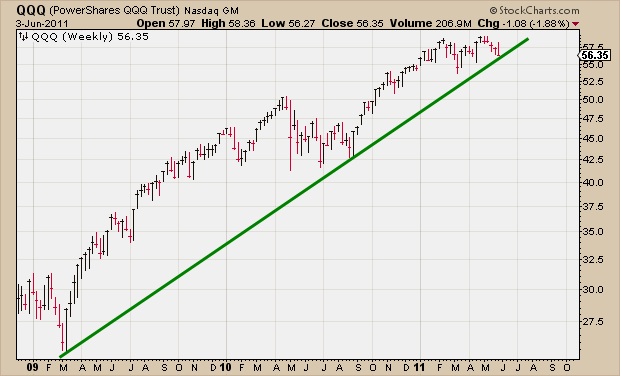 Here is a weekly Logarithmic Bar Chart of the Russell2000 ($IWM): 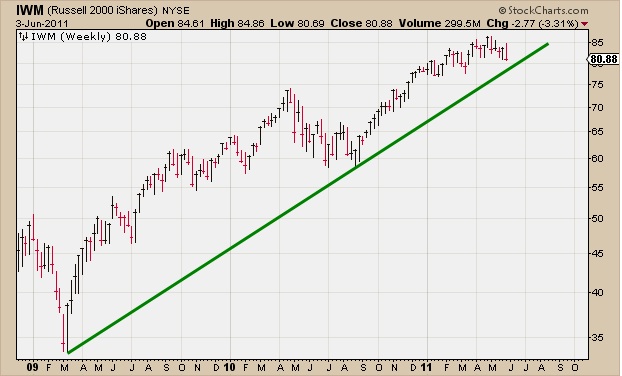 Here is a weekly Logarithmic Bar Chart of the Mid-Cap400 ($MDY): 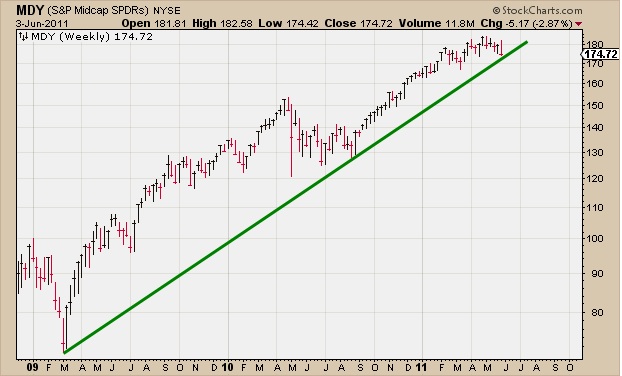 The easiest Technical Analysis can sometimes be the most difficult to execute. Let’s not forget our roots guys. As of right now, price is telling us that the uptrend from the March 2009 lows is still in place. When (if) these levels are violated, then we’ll have to reevaluate our position. These charts above don’t give me any reason to get aggressively bearish. It was Louise Yamada, one of my favorite Technicians of all time, who recently said, “You never short an uptrend”.

Ladies and Gentlemen, I present to you Brian Shannon:

I’ve been watching Brian’s videos for years going all the way back to the Pre-Stocktwits days. In early 2007 I was already watching his videos religiously on YouTube (Click here for the throwback). After passing the Level 3 exam of the CMT Program, his book Technicial Analysis Using Multiple Timeframes was the first book on Technicals that I read voluntarily. I was actually leaving to Italy to propose to my wife and Brian did me the favor of overnighting the book so I would have it in time to take on my flight. I had it read cover to cover by the time we landed in Rome. Bottom Line – if you haven’t gotten a chance to get your copy, I suggest you do so immediately.

Since those days, Brian Shannon and I have become friends because Stocktwits is so awesome and in February we met and had some beers in New York City. Maybe one day I’ll be able to show him how well a kid from Miami, FL can dominate the ski slopes of his home state of Colorado.

Meanwhile, be sure to check out alphatrends.net and he is a MUST FOLLOW on Stocktwits @alphatrends 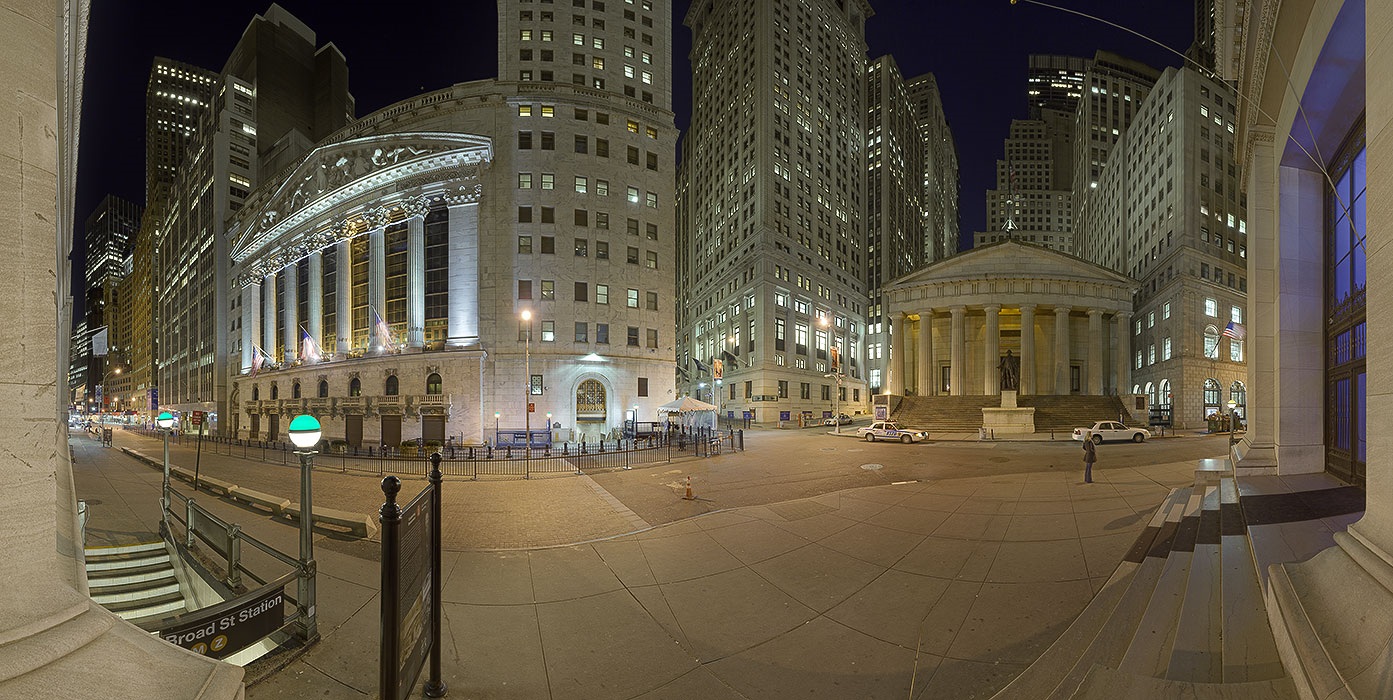