One of my favorite things about my job has to be watching sentiment shift from one extreme to another. It truly is fascinating no matter how many times I’ve seen it. Lately I’ve been picking on the Wall Street Economists because they’ve been leaning on the complete wrong side of the bond trade and still haven’t started to shift. But we also see this out of the retail investing community, we often see it in the media, we see it from Advisors and newsletter writers. Extreme sentiment can come from almost anywhere. It’s all over the place. But for the most part, sentiment studies don’t really provide much value. It’s only when consensus from a particular group is at an extreme that I start to pay attention.

This week I did a radio interview where we discuss the current interest rate sentiment as well as how it’s been affecting the stock market and individual sectors. Here is the full clip:

On Wednesday I was over at the Fox Business studios chatting with David Asman and Liz Claman about the US Stock Market. As you guys know I’ve been pretty bearish since the summer. The brief new highs in the S&P500 and Dow Jones Industrial Average last month didn’t tell the whole story. Very few stocks made new highs and most of the averages had already been rolling over. In this segment we went over a few of the indicators that had made us bearish and what’s happened since then to make me think stocks are heading even lower.

One of the simplest and easiest tools for technicians to use is the good old fashioned trendline. It sometimes gets forgotten about it and often misunderstood. Trendlines are drawn to connect both peaks and troughs within a trend. This process can be done in both uptrends and downtrends. Today we’re going to focus on the major uptrend line from the 2009 US Stock Market lows.

Small-Caps and Mid-Caps are currently breaking these uptrend lines off their 2009 lows for the first time, while some of their larger-cap counterparts remain well above those levels. The first chart we’re looking at is the Russell2000 Small-Cap ETF $IWM. Notice this week’s action where the index is now first attempting a break of this major trendline: 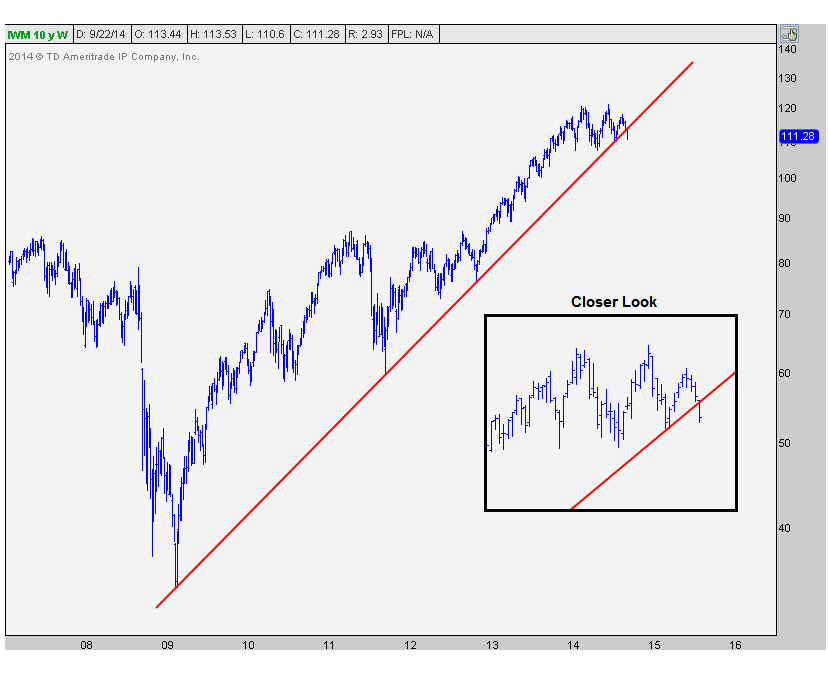 Mid-Caps already broke this uptrend line in July and successfully retested that former support (now resistance) and is rolling over once again: 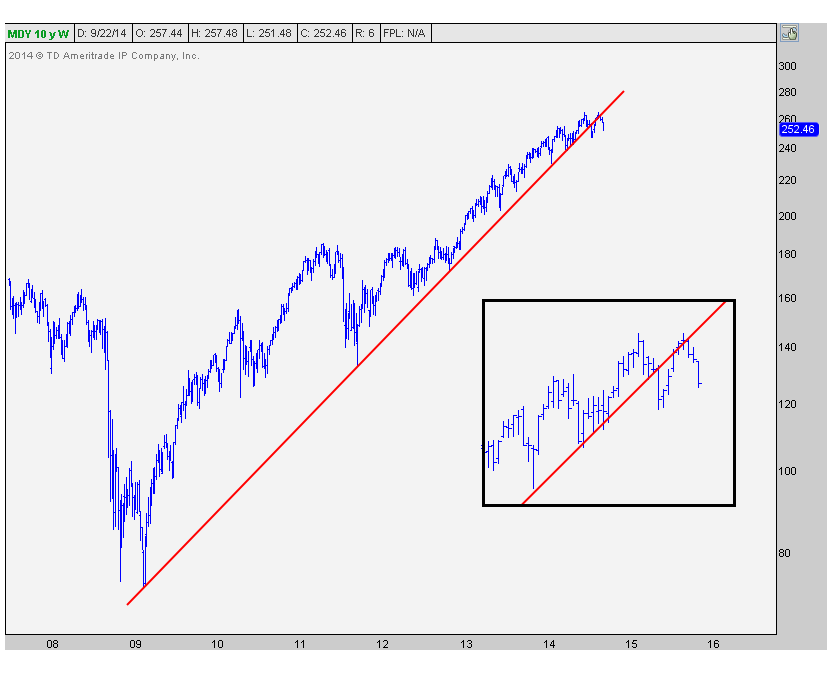 The large-cap S&P500, however, is still well above its uptrend: 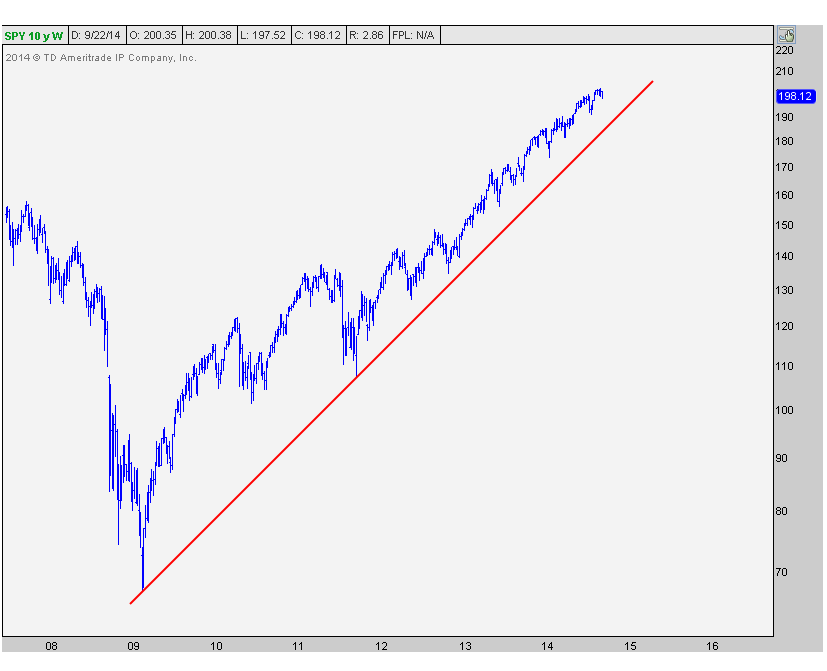 I think it’s important to compare the behavior of stocks with different market caps to get a better understanding of how money managers are allocating assets. Are they more inclined to speculate into the smaller, more volatile names in order to outperform? Or are they hiding in larger, less volatile names that will decline less during a correction in order to outperform?

Something to think about….

On Tuesday morning I was down at the Nasdaq chatting with Frances Horodelski about the divergence in Small-Cap stocks, the breakdown in Silver and time to take some profits on the US Dollar trade from May. I think there are a lot of interesting things going on right now across asset classes. 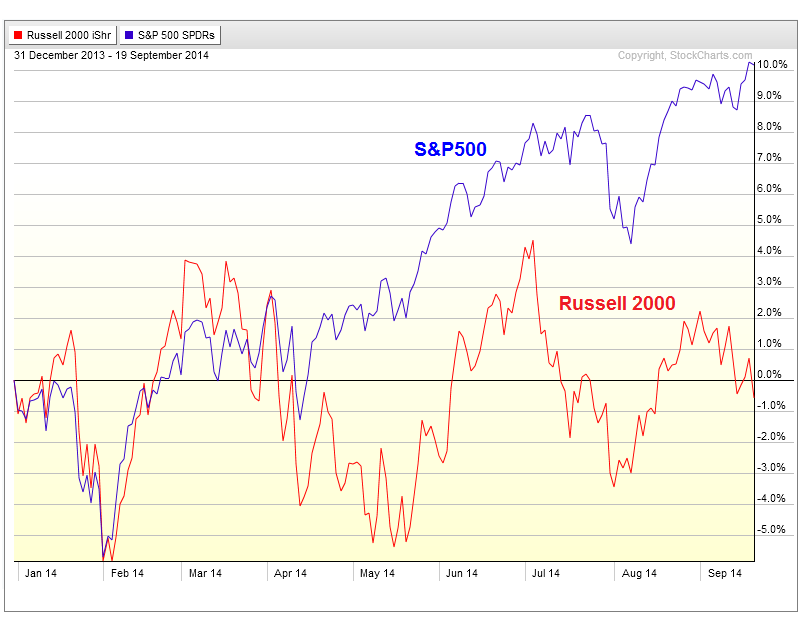 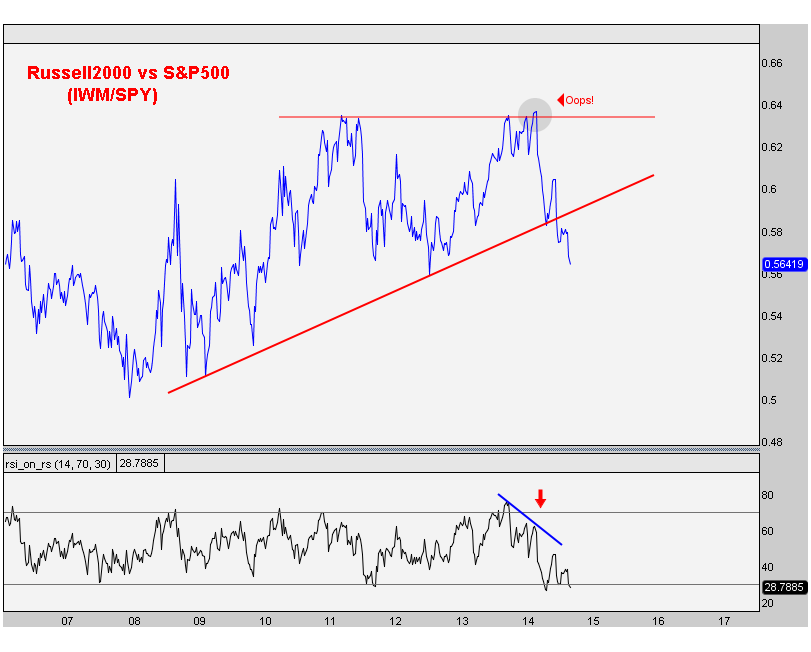 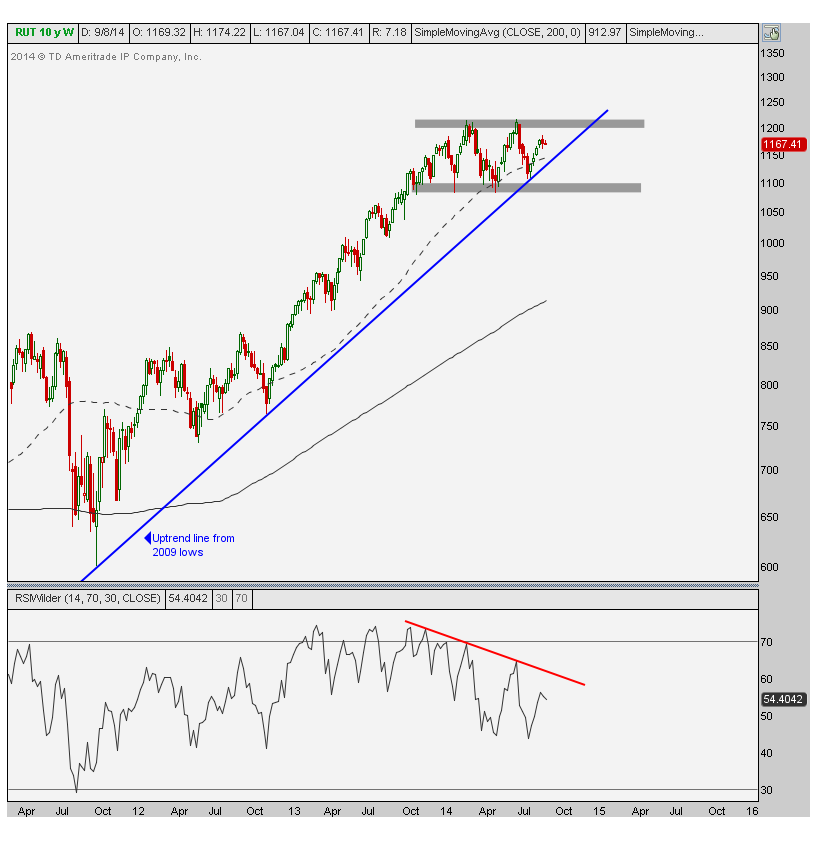 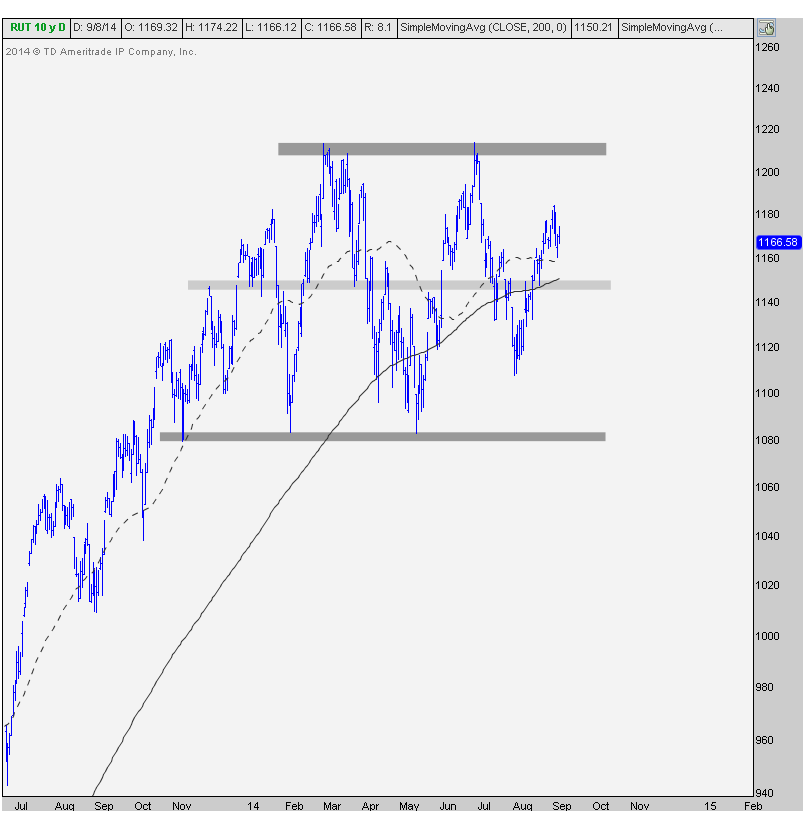