This could possibly be a major break for shares of Herbalife. Some might call this particular price pattern a “head and shoulders” and others may refer to it as a “rounding top”. Regardless of the name, it’s the implications here that really matter.

This is a daily chart of $HLF where we can see a series of higher highs into January. The rally in February reversed course before being able to make a new higher high. This would be the “right shoulder” of what some chart watchers may refer to as a head & shoulders top: 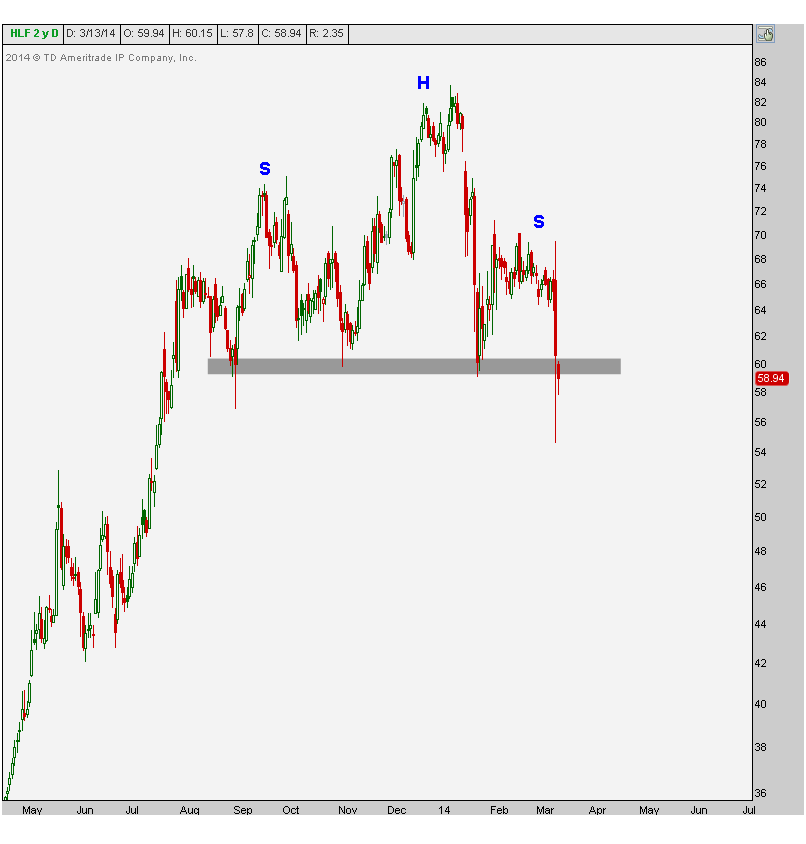 The neckline sits right around $59-59.50 which represents the November and January lows. As long as prices are below this “neckline”, prices are confirming this topping formation. I would be particularly concerned with a weekly close below this level.

Confirmation of a breakdown would give us a measured move target around $42 which takes us to the summer 2013 lows. This price target is achieved by taking the percentage difference between the neckline around 59 and the top in January above 83.

The bulls are still battling here trying to dig in and keep things bullish for shares of Herbalife. We have our levels and I think they’re worth paying attention to.

Make Sure To REGISTER HERE for more information on how to access weekly technical analysis from allstarcharts.

Here’s something that’s been on my mind lately: the tremendous under-discussed disparity between finding the great trade setup and actually executing that trade successfully. If you read enough books on technical analysis, the truth is anyone can find a pattern to trade. It’s easy finding those great risk/reward opportunities if you do this long enough. And that’s the truth – it’s really not that hard. But the mental toughness that it takes to enter at the right time, and more importantly exit at the right price is what separates the managers that make money from those who lose money.

On Stocktwits, Twitter and even in the more traditional media, there’s a lot of chatter about what looks good and what doesn’t look good. There’s plenty of people out there making great calls on stocks, bonds, commodities and currencies from all around the world. But where are we getting in and where are we getting out? That’s the key.

Finding the good trade is easy. But what you do when you’re wrong about that call that’s the tricky part. Boring old risk management…..When a trade goes against you, are you out? Where are you out? Did you double down and buy more by putting good money after bad, even though you told yourself you’d stop yourself out at x-price?

Today was a great example of this. Right at the open I saw Herbalife with a small gap to get the day going. This is a stock that I like and think can go much higher.

It was a good risk/reward too, in that I would have stopped my self out below the rising 5-day moving average that it gapped up above. There was literally 1/2 a percent of risk on the entry, with exponentially higher reward potential. These are the kind of risk/reward ratios that I look for. 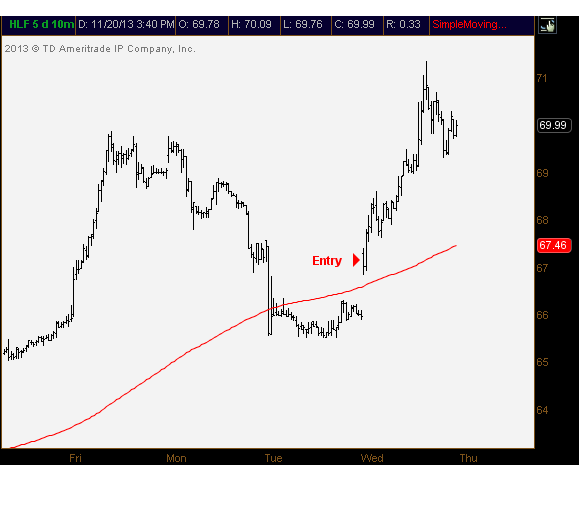 But I never took the trade. I wanted more US Dollars instead. Meanwhile, $HLF was up another 6% just a few hours after that. I was focused on some other things we were in. To me that’s poor execution on my part. It was a simple trade. And I didn’t take it. Totally my bad.

I can tell you a million other stories from my past 10 years on The Street where I wasn’t disciplined enough to stop out when and where I said I would. I can tell you about a million calls I made that worked great, that I didn’t make a penny on.

I guess I don’t really have a main point here, just kind of taking out my frustrations on this poor keyboard. But I think the best thing to take from this is for us to try simply to focus on being discipline. In the case of $HLF it was not being disciplined enough to put on an easy trade (regardless of the fact that it worked). In other cases, it’s the discipline to get out when you have to and where you said you would.

I’m not sure who said this, but I think this statement makes a lot of sense:

Give that some thought tonight….

I sat down with Jeff Macke this week to discuss the possibility of a historic short squeeze coming in shares of Herbalife. Click on the video to watch in full: 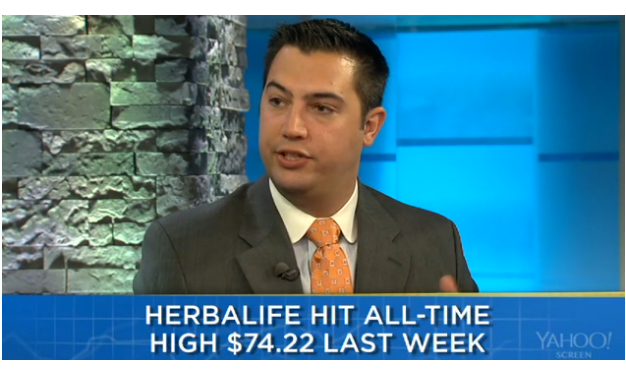 We did a quick one this week. Just a few charts, but some really interesting ones I think. We went back and followed up on the Emerging Markets vs S&P500 relationship. We also updated our Herbalife chart after a really bullish week. And finally the relative strength in Energy I believe is worth watching.

We had a lot to cover this week. And although this may be a boring few days coming up, there are some interesting setups that could start to get going. First of all, everyone hates bonds so I think that’s something to pay attention to. But we also discussed Herbalife, Vietnam, S&Ps and the importance of keeping an open mind as a market participant.