When was the last time that we talked about Canada Stocks? It’s definitely been a while and there is a perfectly good reason for that. They’ve been stuck in a long, frustrating range for years. There hasn’t been anything to discuss.

Look at this chart of the iShares MSCI Canada ETF $EWC. I included a lot of red arrows in order to point out how much resistance we’ve seen around this $30 level since 2011. But look at the green arrows. After every sell-off from 30, the buyers showed up faster and faster. This tells us that the bulls were more and more eager to buy Canadian stocks with each opportunity. Higher lows is step one of an uptrend, isn’t it? 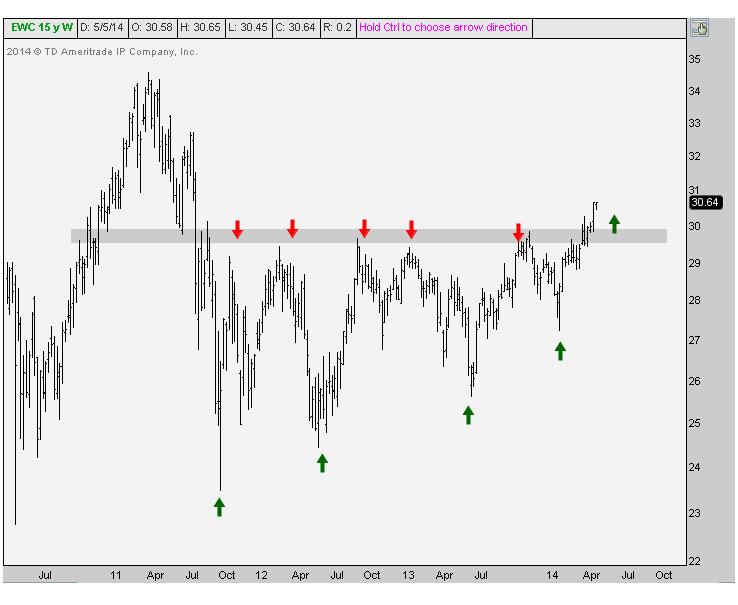 We’re now hitting levels not seen since August of 2011 and for two weeks, prices have been holding above this key resistance. There isn’t anything to dislike about this chart.

Here is a closer look. This is a daily candlestick chart where you can see that major false breakdown in late January and early February. As usual, from false moves come fast moves in the opposite direction. How nice is this? 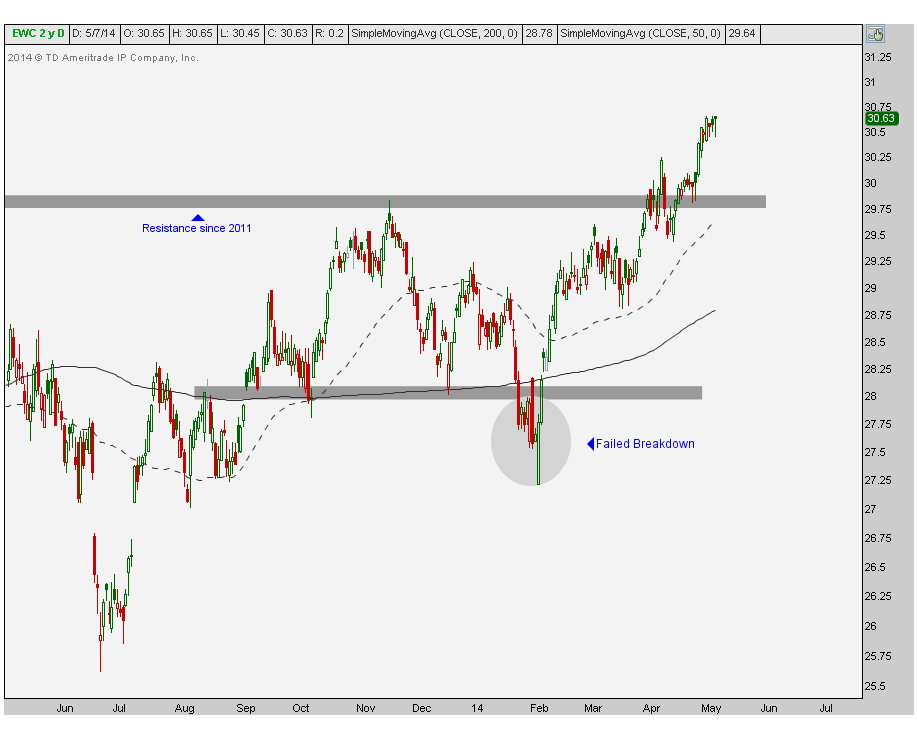 This was clearly the catalyst to finally take shares of EWC above that major multi-year resistance. Also notice that prices are trending above rising 50 and 200 day simple moving averages. The 50 is represented by the dashed line and the 200 day by a solid line. The trend here and path of least resistance is higher.

From a risk management perspective, I think it’s clear that we only want to be long this name above this broken resistance. If we fall back below that level, things get a lot more messy. I’m not into messy. I like them clean, and right now this one is squeaky clean.

Price target-wise you can see in the first chart up above that the early 2011 highs were up near 34.50. I think that’s where we’re headed. Not only is there former overhead supply around there, but it also represents the measured move target based on the depth of this multi-year consolidation.

The last chart is a weekly ratio showing Canada relative to the USA using $EWC and $SPY. Last month prices broke out above this downtrend line and it looks like we’re now confirming a failed breakdown and bullish momentum divergence. This trifecta really helps me get/stay bullish Canadian stocks. 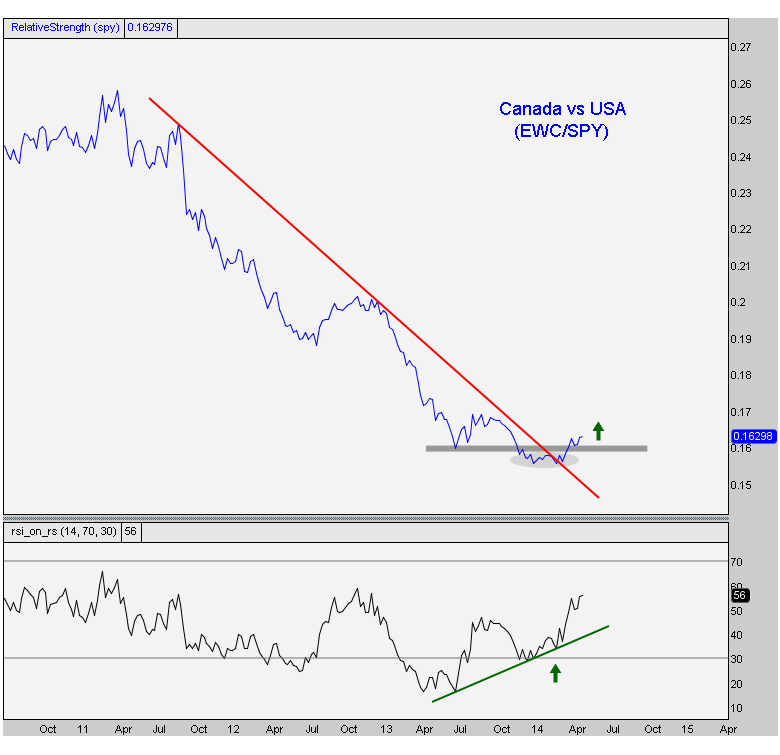 REGISTER HERE for more information on how to access these Canada charts and the rest of the countries from around the world on a weekly basis.