Below is a year-to-date performance chart showing how bad it’s gotten this year in the Middle East, Africa and Latin America. We’ve seen some heavy selling out in the Pacific the last few weeks, and this is outside of Japan. Canada’s mining and commodities exposure has hurt them as well, keeping them in the negative for most of 2013: 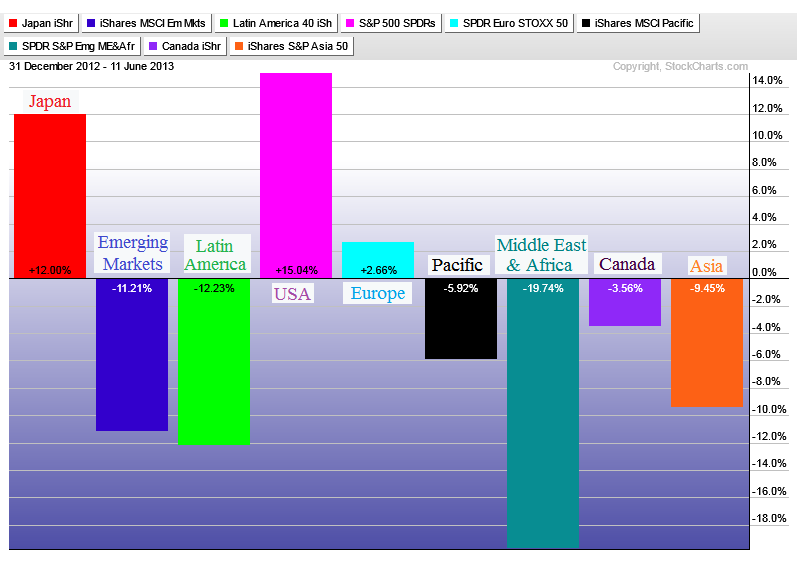 So are the US and Japan starting to play catch-up to the rest of the world? Is money going to finally flow into these underperforming areas for the first time all year? Or are we just going to keep seeing this disconnect? What do you guys think?