Emerging markets have been a real laggard. While developed markets around the world have been making new highs, it’s just now that emerging markets are catching up. This week the MSCI Emerging Markets Index Fund $EEM broke out to the highest level since the summer of 2015. This comes after 7 months of sideways consolidation: 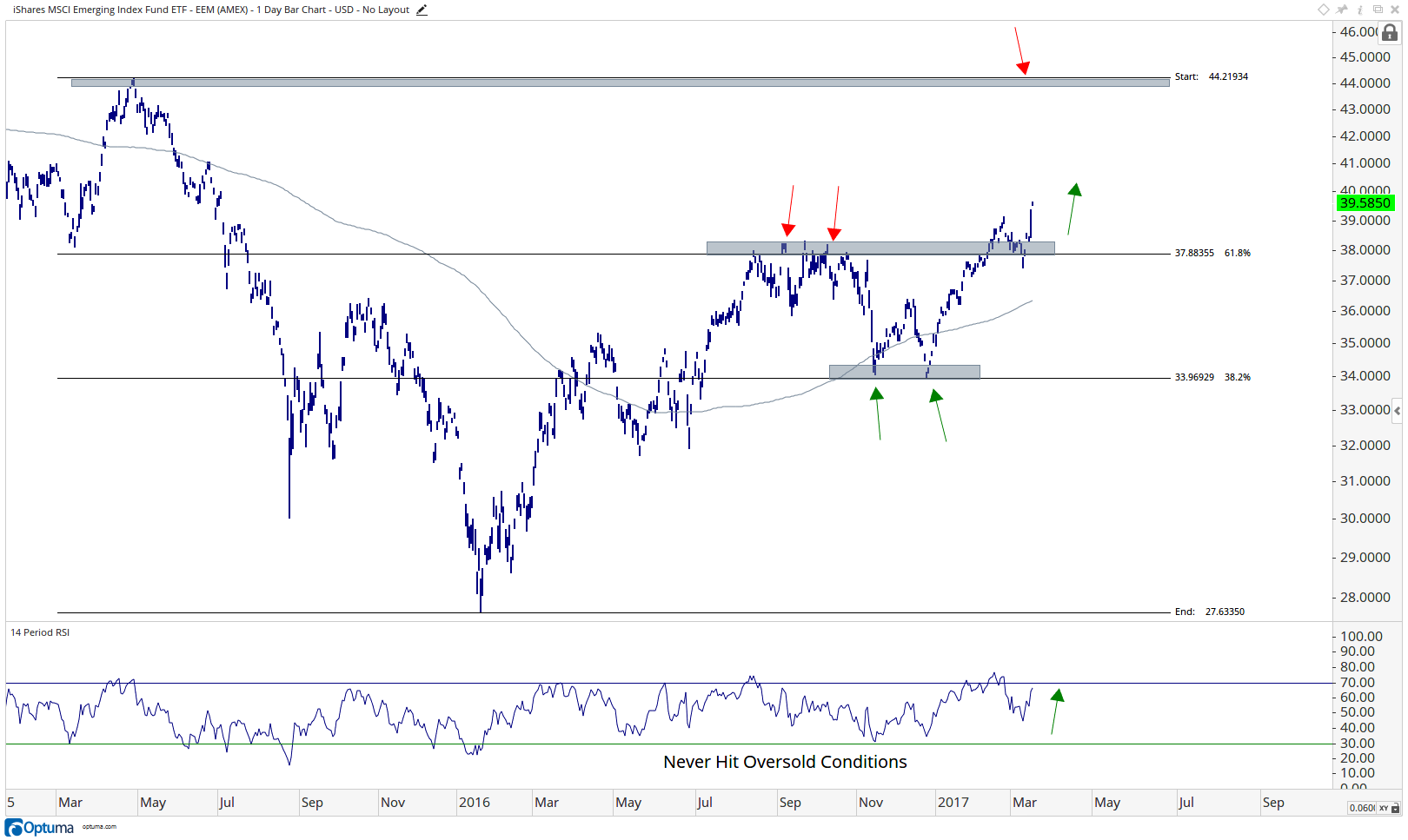 I think this breakout is for real and we want to be long if EEM is above $38 with a target above $44 which was the high back in the Spring of 2015. The leader here is South Korea, which represents the largest component of the Emerging Markets Fund. $EWY, the South Korea Index Fund, is also breaking out to new 52-week highs this week: 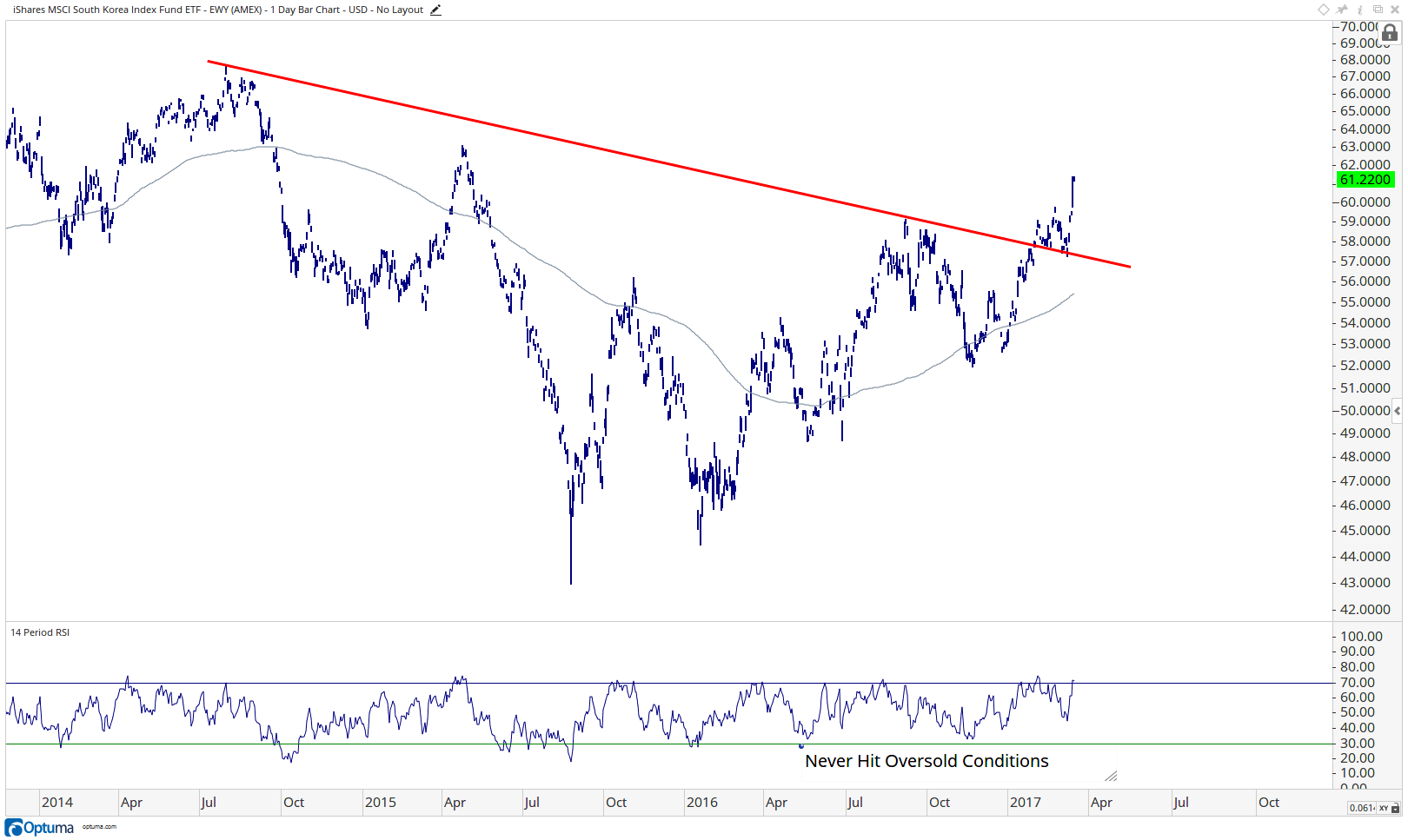 Notice how South Korea is not just hitting new highs, but is also resolving higher above a downtrend line from those 2014 highs. We want to be buying weakness in both South Korea and emerging markets as a group. If EWY is above $59, we want to err on the long side with a target back up towards those 2014 highs above $67.

Emerging Markets are hitting new 52-week highs. This is not something we usually see in downtrends.

JC Parets, CMT is the founder of All Star Charts, a technical analysis blog and premium research platform. He spends his days analyzing hundreds of charts to find the best risk vs. reward opportunities in the world. To learn more about All Star Charts, click here.