The Dow Jones Transportation Average has been one of the biggest winners on earth since it broke out of a massive base at the end of 2012 (See: Dow Transports Are Looking Beefy and Dow Transports Towards The End of Correction). The price action has been explosive and the relative strength off the charts, literally. But I think that is over and now it’s time to get out of the way.

The first chart shows the weekly candlesticks for the Dow Jones Transportation Average. After a clean breakout and monster rally, we now have a bearish divergence in momentum after a nasty reversal week and follow through to the downside. The price action the last 3 weeks confirms what momentum was suggesting: 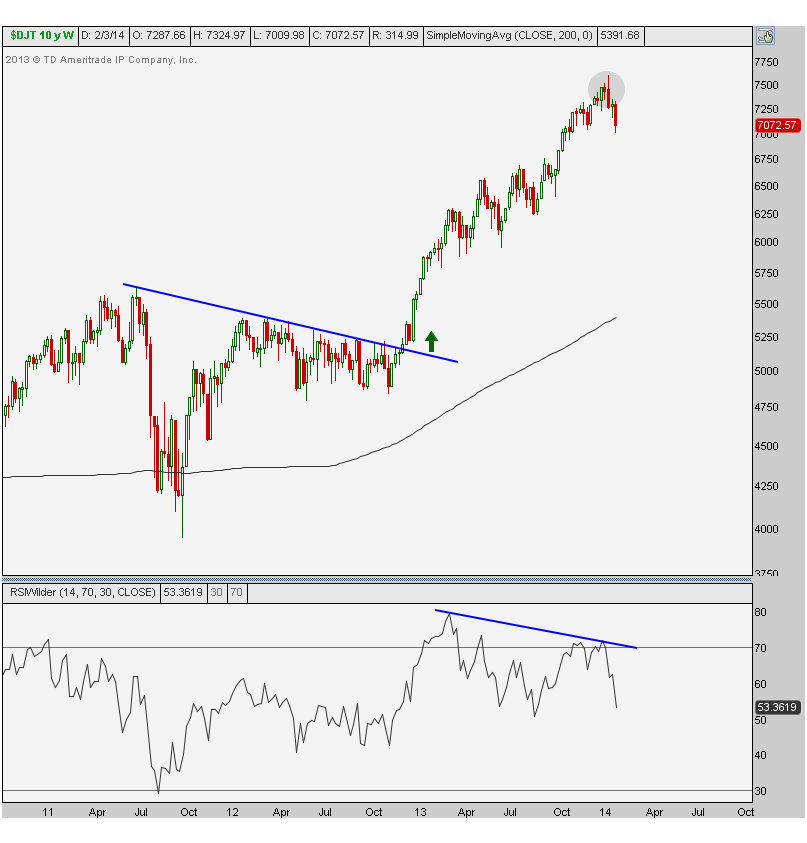 Here is a closer look at the trannies. On the most recent highs in January, momentum did not confirm here either. So similar to what we’re seeing on the weekly time frame, the bearish divergence on the daily chart is clear as well. Not to mention the two massive red candles that are leading us lower. You want to see evidence of sellers? Look no further than price action: 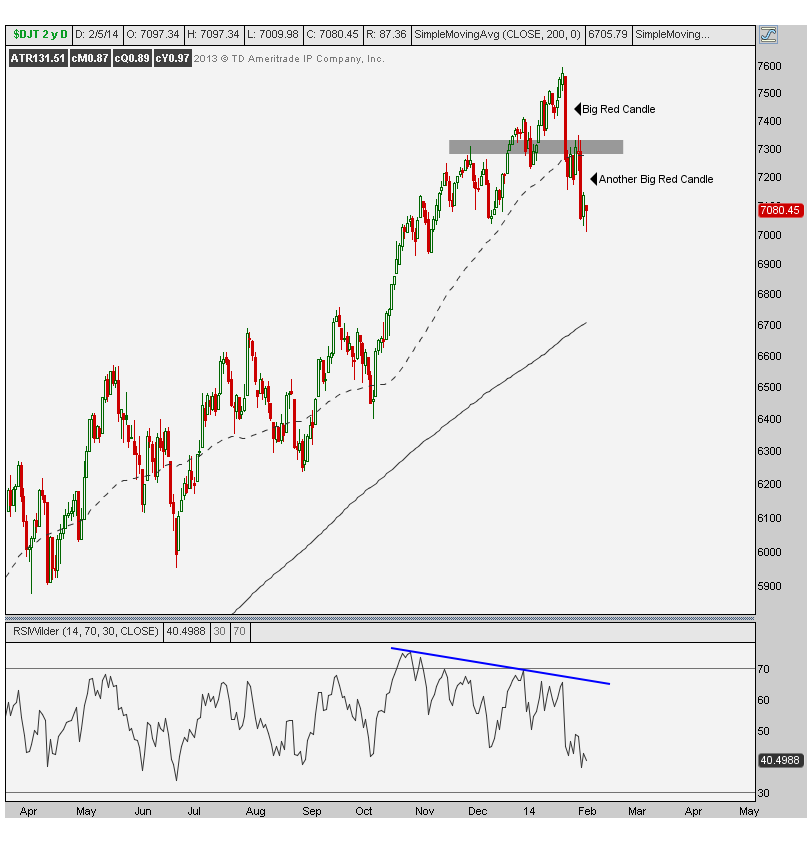 It looks to me like we’re probably heading below 6000, which is another 15% or so to the downside. Short-term we should find some support under 6800 where we find the 200 day moving average and resistance from September. I fully expect lower prices, although it won’t be a straight line down. We’ll see some chop.

** Click here for more technical analysis on the Dow Transports **

Now, what will make things more constructive? What will make me less gloom and doom about the transports? I want to see these November lows hold and start to see some sideways consolidation. I would want this new volatility to be part of a larger correction through time, and not through price. In the meantime, I’d want to see the 200 day catch up to price and make this price action part of a 6-7 month base that we’re right in the middle of.

Although this is a possible scenario, I find it to be the low probability outcome. But I still think it’s important to keep an open mind – always! My conviction, however, is far more downside in trannies. 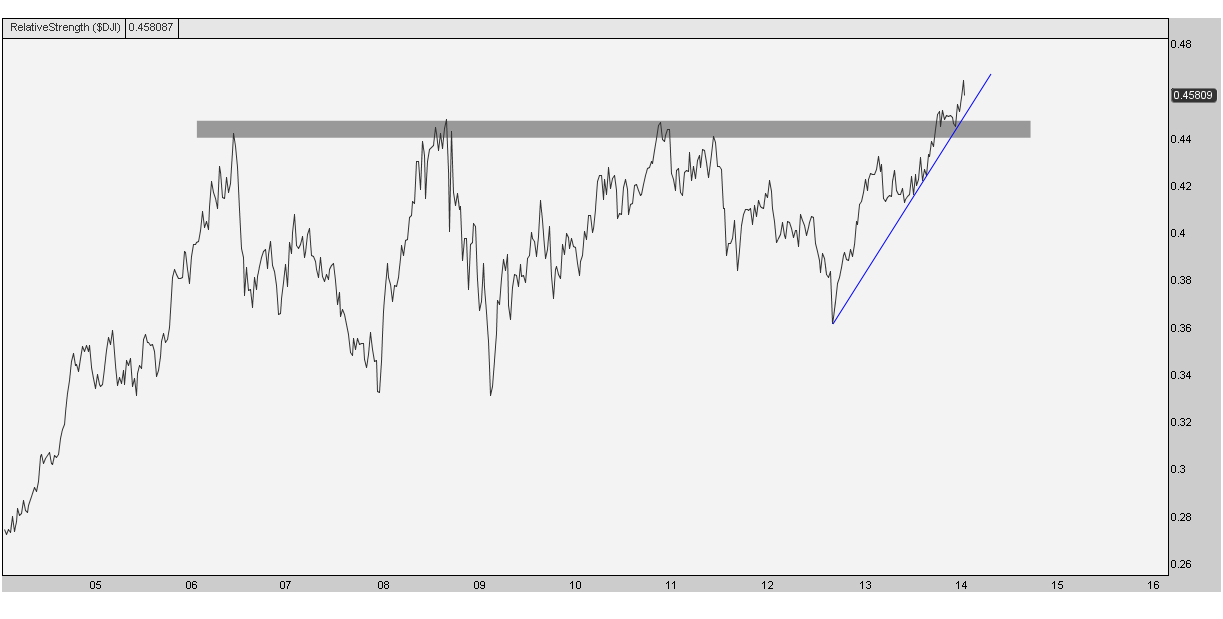 So ask yourself, what are your goals? What are your objectives? What is your time horizon? To me, short-term trannies are a no-touch or an outright short. Same thing on an intermediate term basis. If you’re a manager trying to outperform the market, this is still a leader on a relative basis. We’re all different and we all have different reasons for being market participants. Make sure that’s well-defined.

If you find this top/down multi-time frame, multi-variable analysis interesting, click here to receive futures updates on the major US Stock Market Averages.