We are getting the breakouts we’ve been looking for in the IT Sector. We’re not just seeing it in the sector itself, the breakout is coming on a relative basis as well. The IT Sector has been a terrible underperformer the last several years. In fact, it peaked relative to the rest of the market in 2014, over a year before it peaked on an absolute basis. It’s 2018 and things are different.

Today we’re taking a look at the IT Stocks in India and which ones we need to be buying.

To access JC’s Technical Analysis, you must be a premium member of All Star Charts India. Please login below or start your risk-free 30 day trial today.

Here is the NIFTY IT Index breaking out to new all-time highs above former resistance from early 2015. This is a huge development for the space and we want to be aggressively long IT Stocks in general if the NIFTY IT Index is above 12900. Our upside target is above 15175: 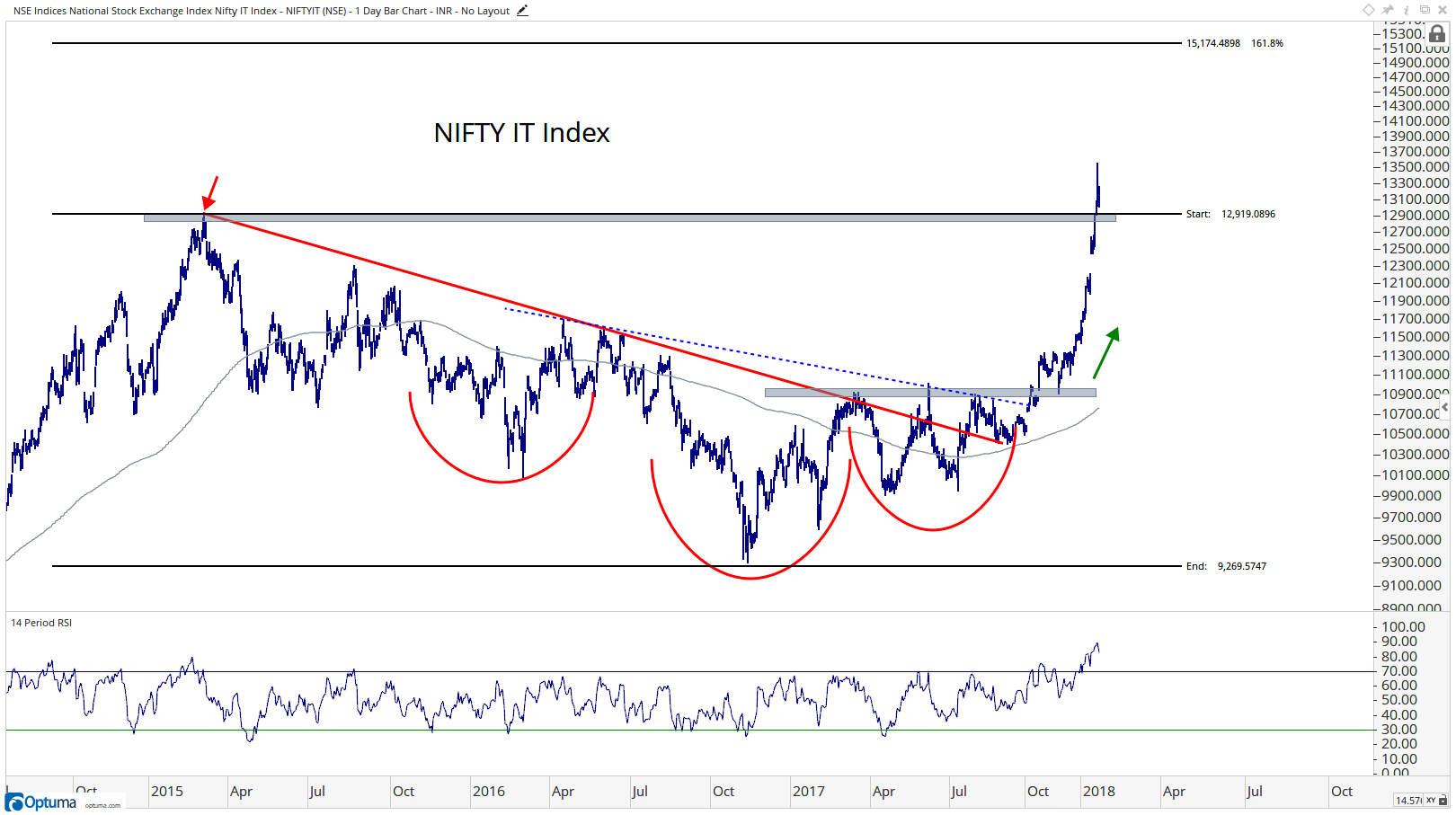 Here is the chart that really caught my attention. This is the NIFTY IT Index breaking out to new highs and the NIFTY IT Index relative to the NIFTY500 coming out of this year-long bottom which should spark a squeeze back up towards the 2016 highs: 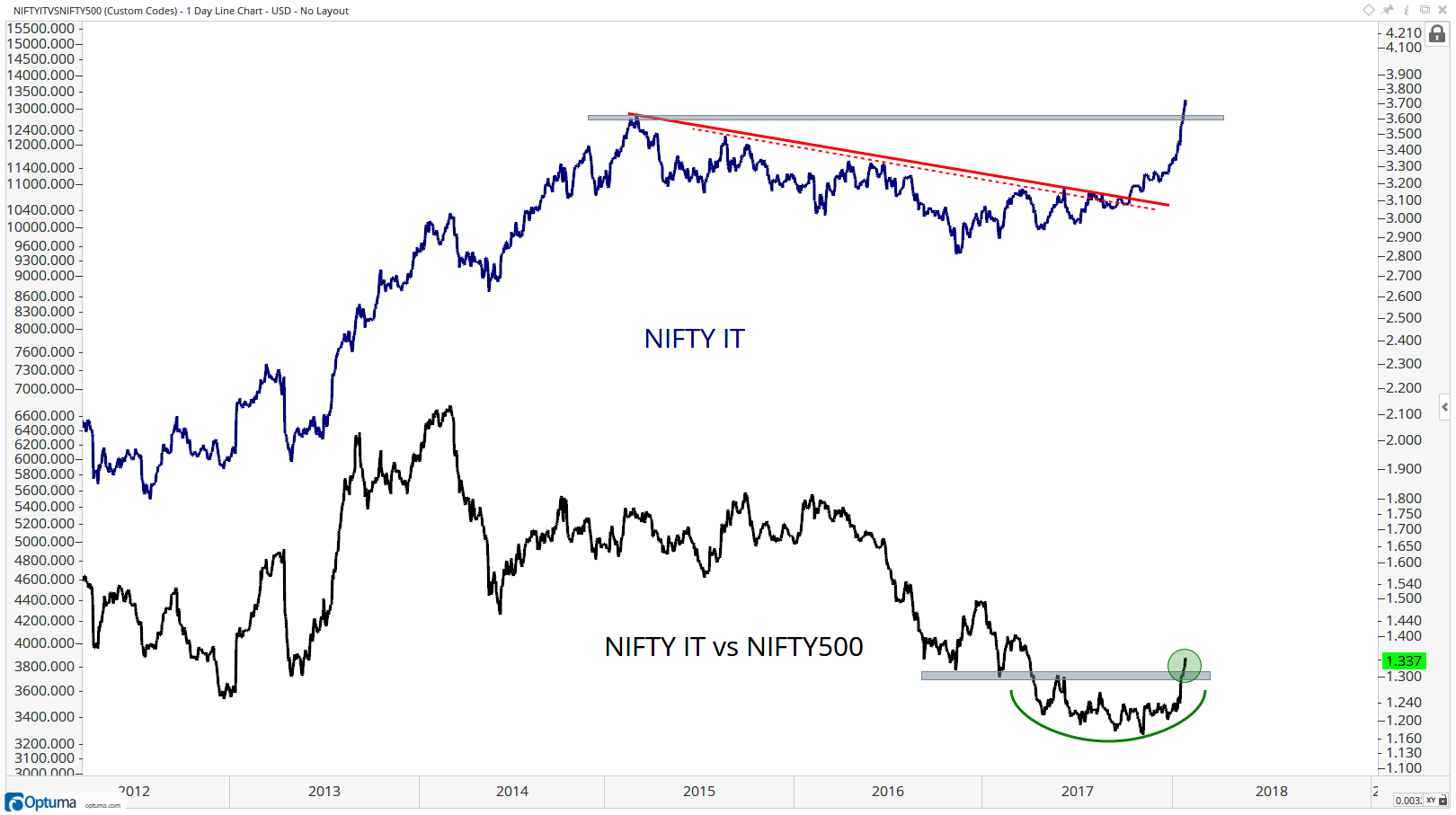 Taking a closer look at the relative breakout in IT, it’s hard to ignore this chart. This is a multi-year downtrend in IT relative to the rest of the market and now breaking the downtrend line from 2016 and confirming a failed breakdown below the early 2013 lows. I think this should be a big outperformer moving forward: 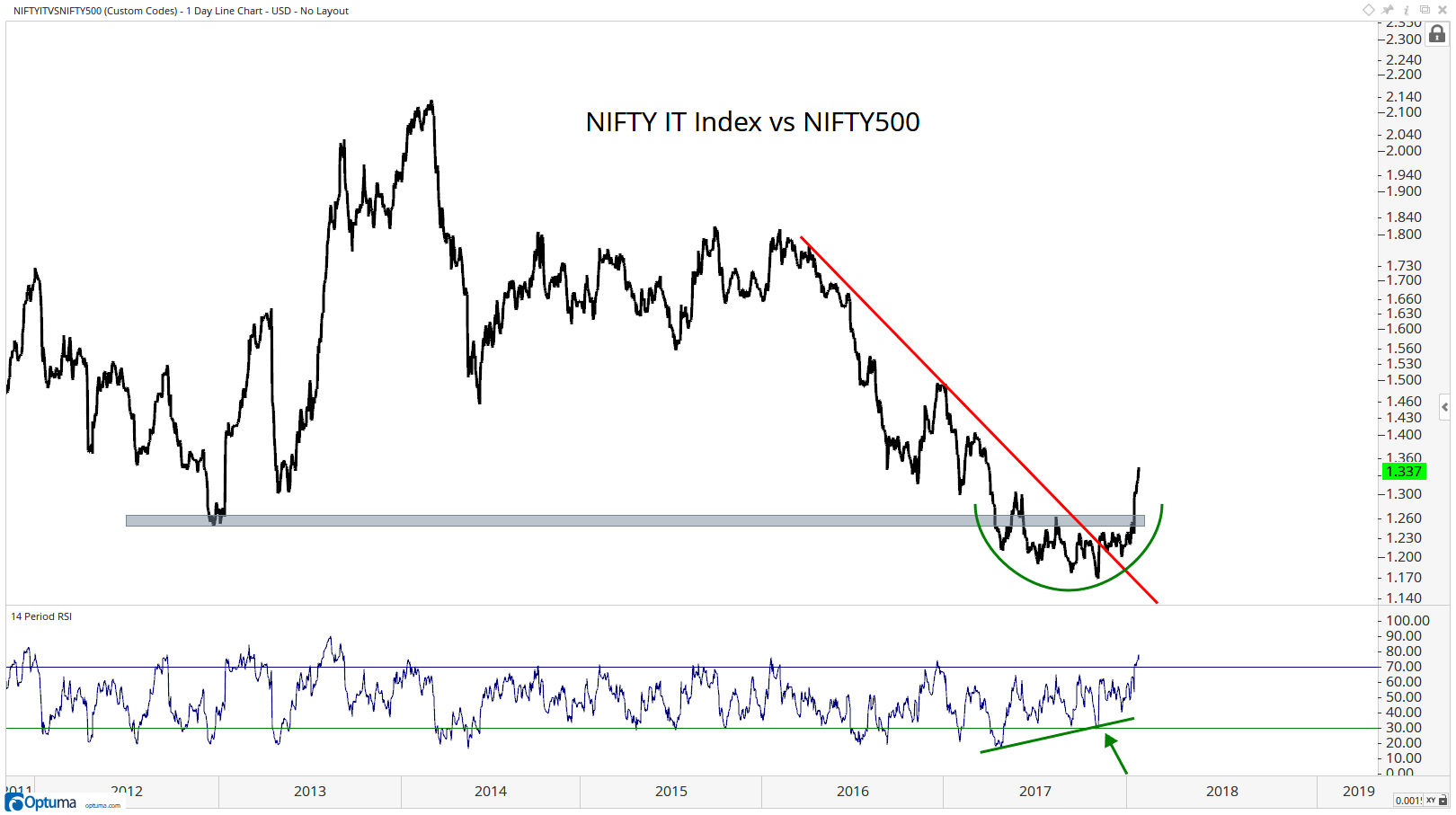 Here is HLC Technologies $HCLTECH completing a multi-year consolidation within this massive uptrend. Longer-term we want to be long if we’re above 905 with a target above 1400: 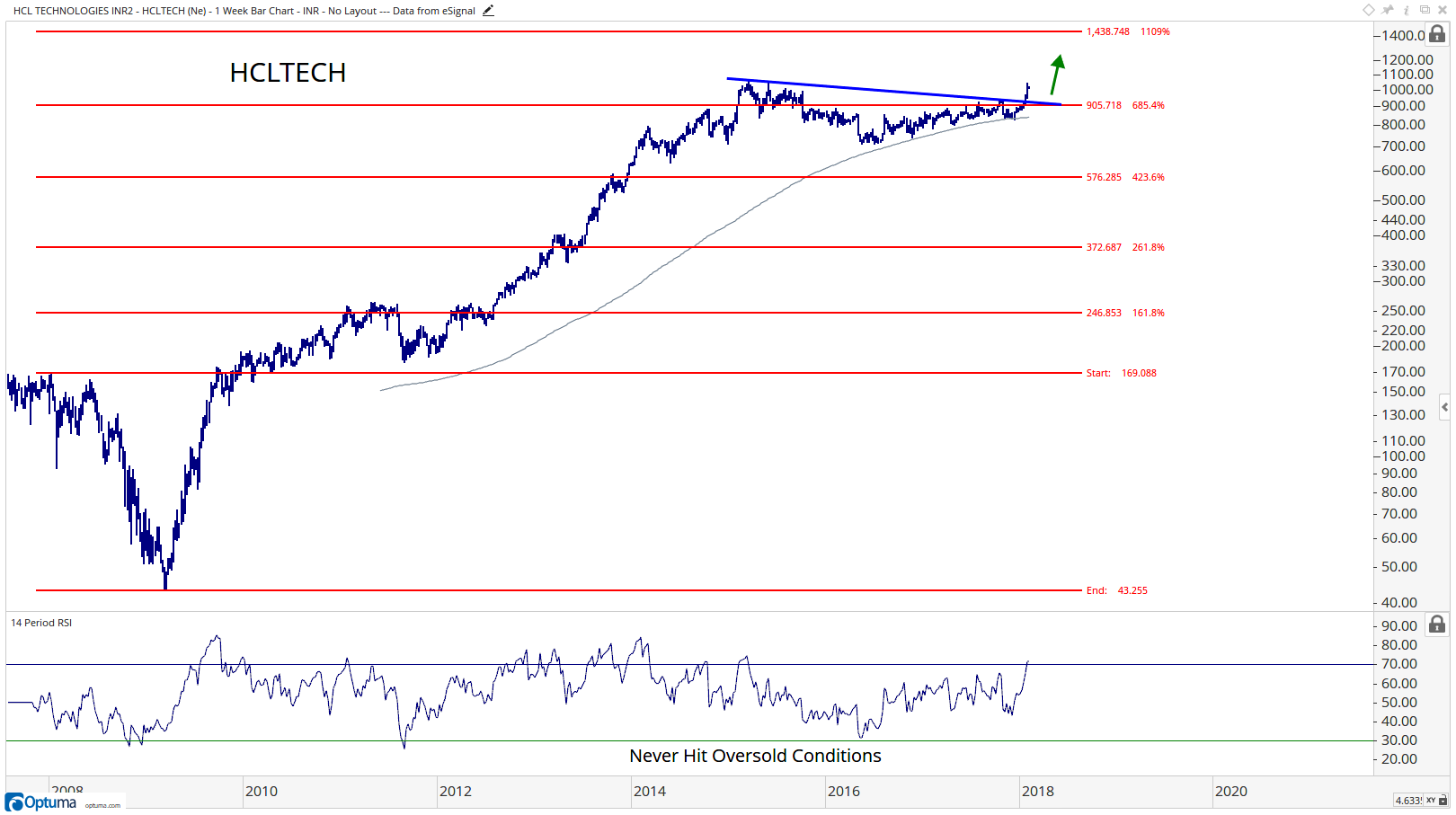 From a shorter-term perspective, if we’re above 1060 we want to be long $HCLTECH with a target near 1280: 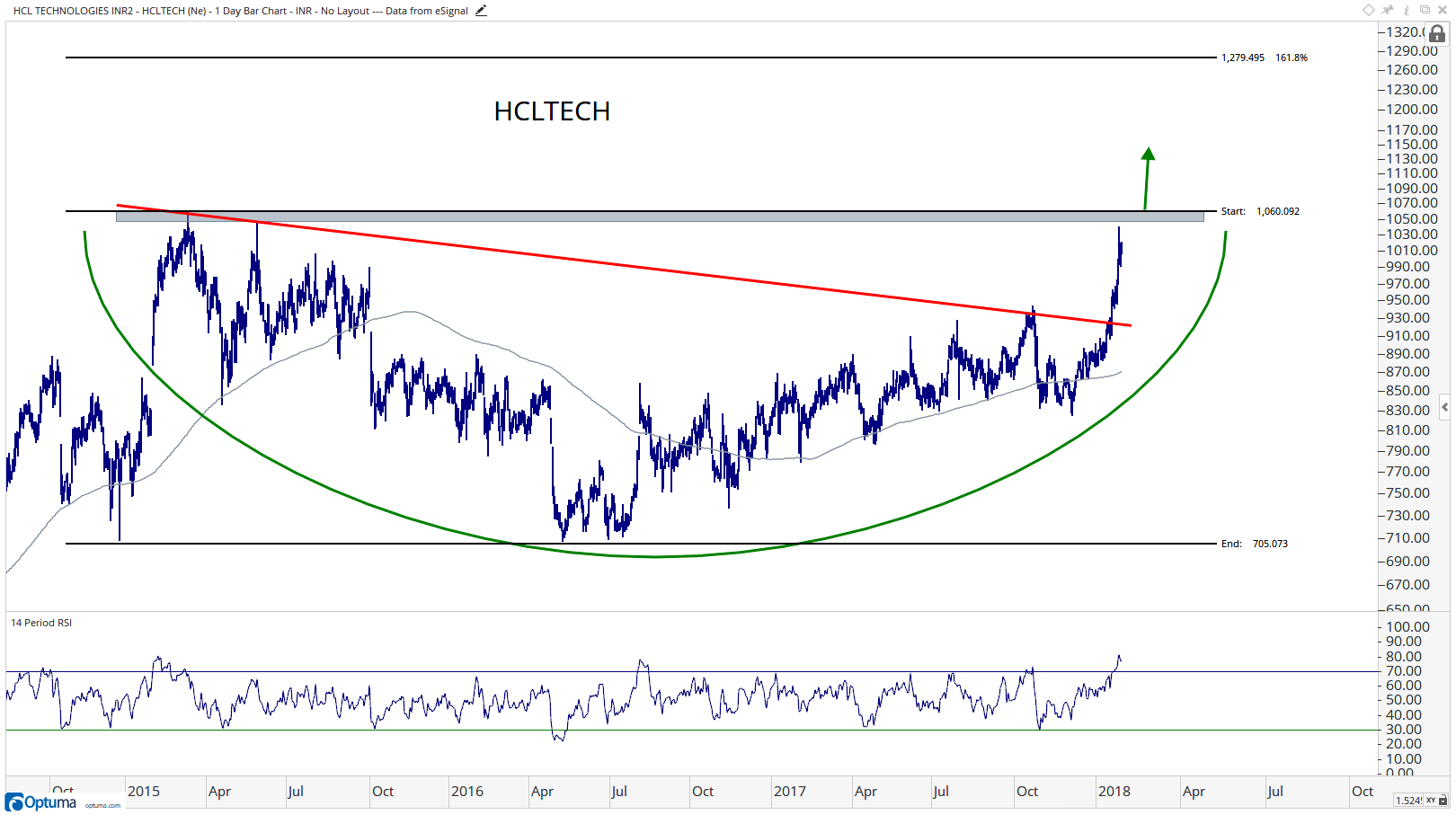 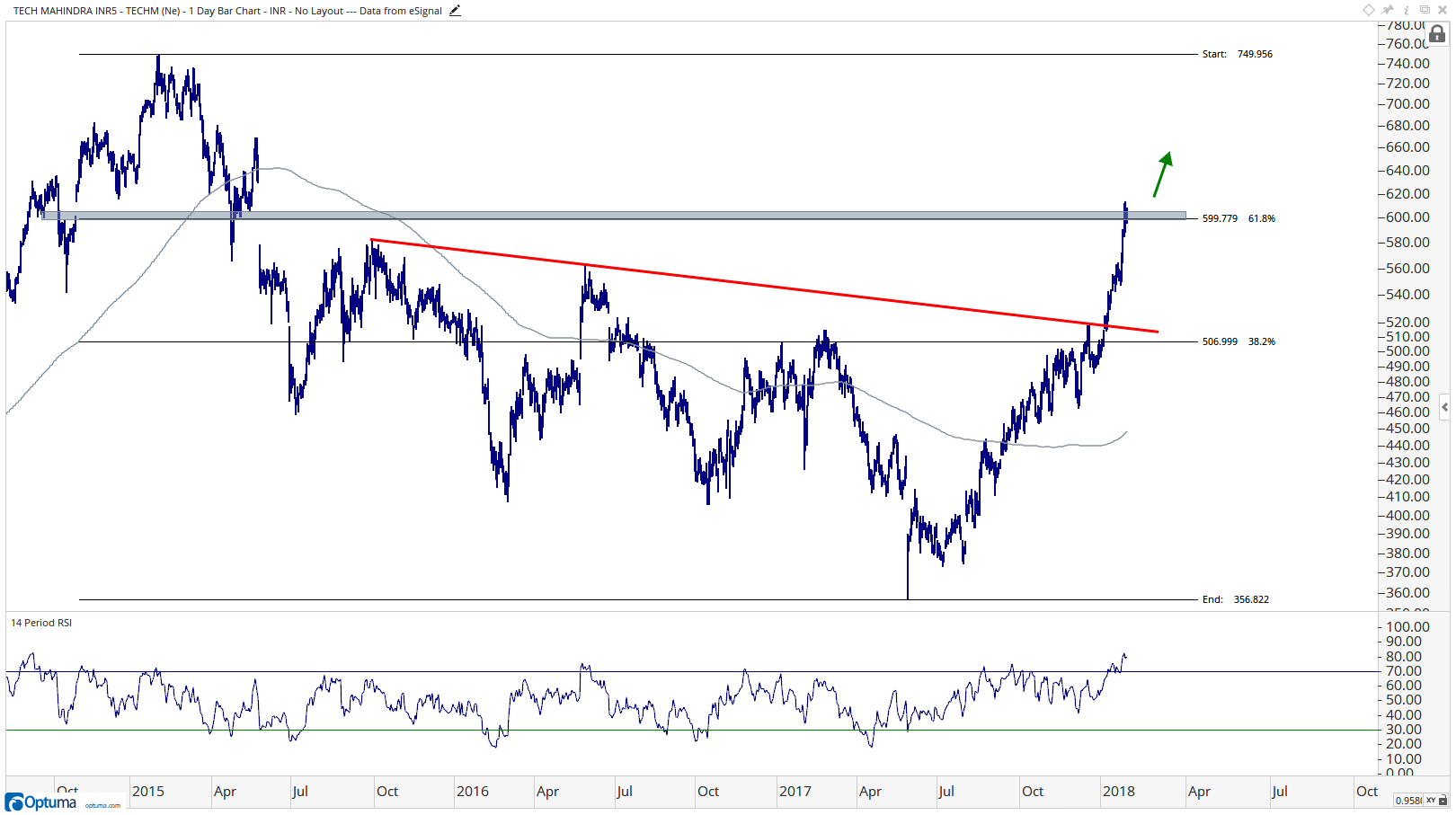 Oracle Financial Services $OFSS also looks to be completing a massive base. We want to be long only if we’re above the 2015 highs near 4450 with a target above 5400: 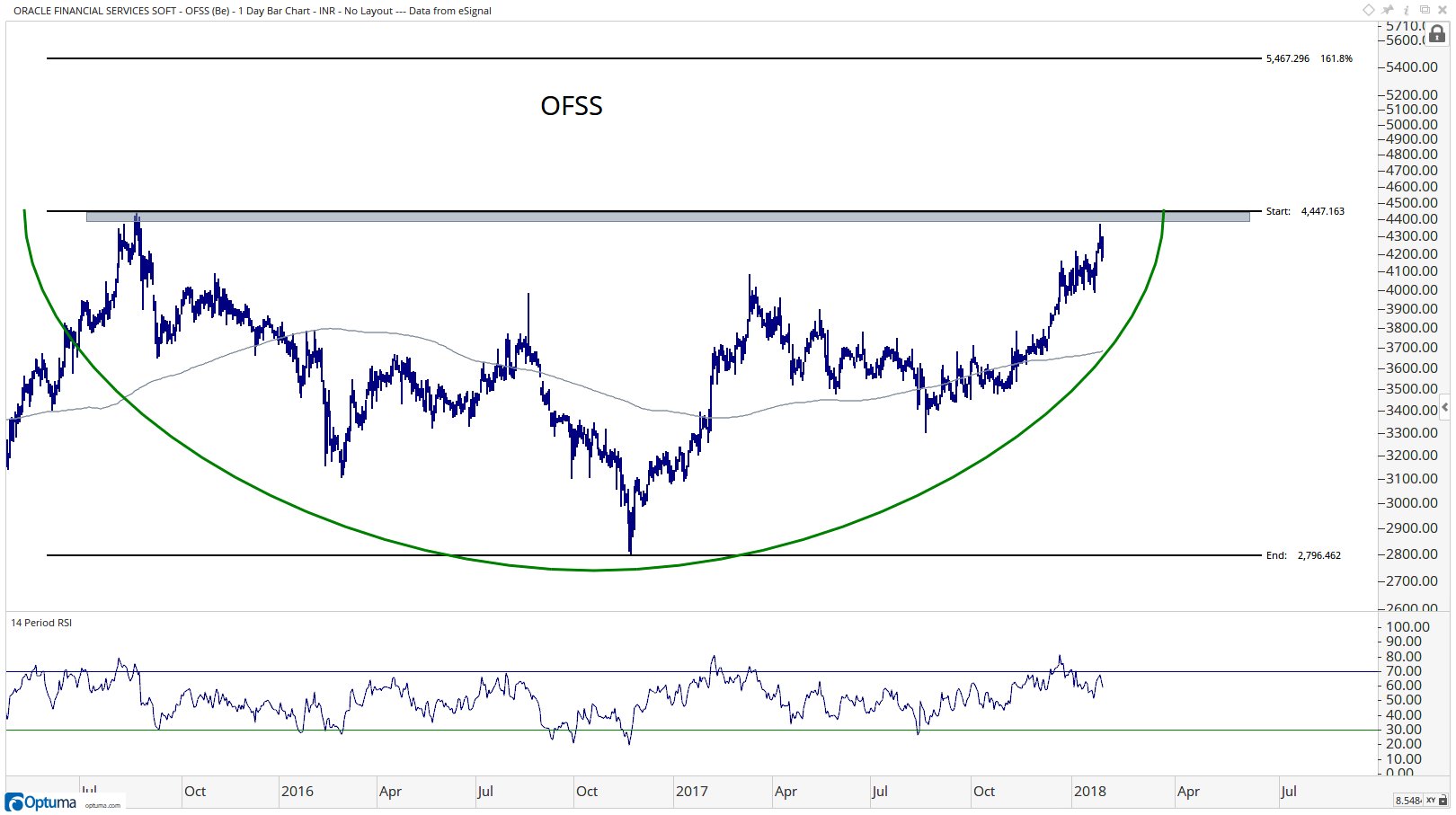 And finally, we can put $MINDTREE in a similar category. We only want to be long if we’re above the all-time highs from 2015 near 805 with a target above 1050: 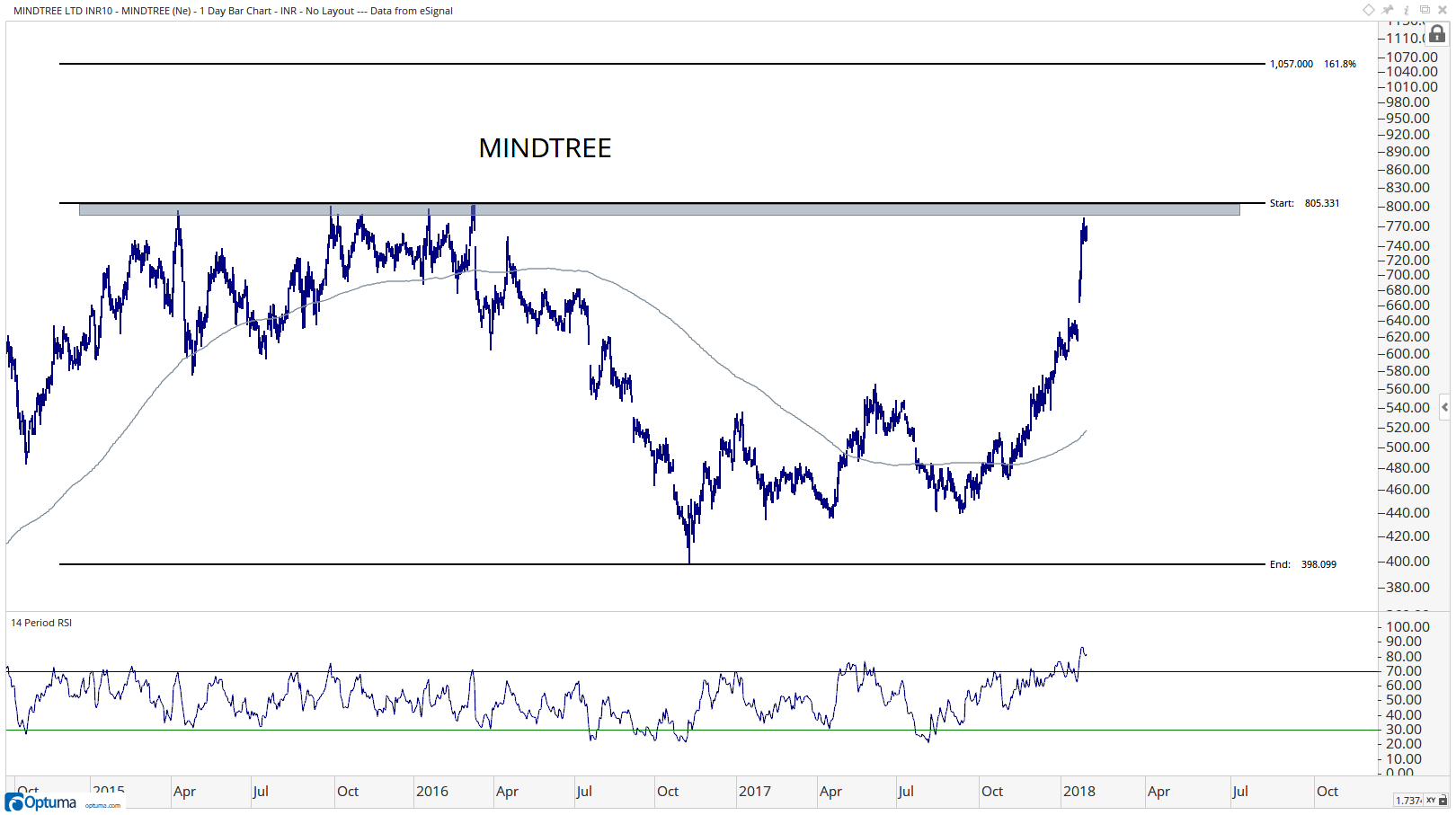 The weight-of-the-evidence is pointing to higher prices for IT Stocks in India. I think we need to continue to err on the long side of this group. I’ve presented several favorable risk vs reward scenarios.

If you have any questions, you know where to find me!