Do you see how stocks and gold can make new highs at the same time? Who said they couldn’t? Why does it have to be one or the other? The current market environment is a great reminder of this. Don’t forget it.

So? Should we expect Gold and Silver to keep going?  END_OF_DOCUMENT_TOKEN_TO_BE_REPLACED

In this Episode of Allstarcharts Weekly, Steve and I discuss the Intermarket Relationships that help identify the next direction for US Interest Rates. These assets include Regional Bank Stocks, Utilities, Real Estate Investment Trusts, Copper, Gold and TIPS among others. Which way are Rates heading next? END_OF_DOCUMENT_TOKEN_TO_BE_REPLACED 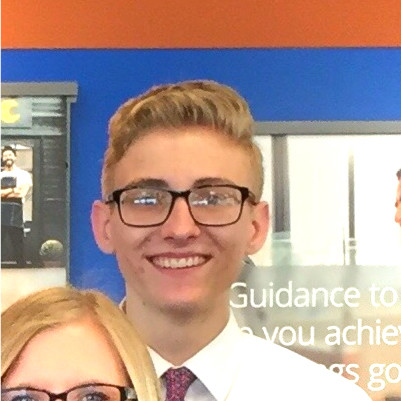 This is a podcast about Technical Analysis and its practitioners. I think we’ve done a good job of bringing in some of the top technicians in the business, and in some cases, some of the best that ever did it. My goal when I first started this was to talk to people who bring different perspectives on the subject and on the markets in general. We’ve had Portfolio Managers, Analysts, Traders, Authors and Psychologists come on regularly over the past few years. Today I am thrilled to invite Riley Rosenberger to the podcast to get his point of view on Technical Analysis and what it feels like to start a career as a trader. Riley interned for us last year after spending some time training with SMB Capital in New York City. “Riley The Intern”, as he’s known in some circles, brings a unique perspective that we haven’t heard on this podcast before. When he first decided that he wanted to learn about trading, his High School teacher in Colorado told him to think about doing something else. She said he didn’t have the pedigree for that. I love that he ignored her and I love even more that every time I see him, he has a new book in his hand. He’s always learning and constantly goes out of his way to get ahead. I appreciate that and I really think you’ll enjoy this conversation. I certainly did! END_OF_DOCUMENT_TOKEN_TO_BE_REPLACED

Tuesday’s Mystery Chart is one of my favorite charts right now, so thank you everyone for your feedback and participation.

I received a lot of answers, but most of you were buyers and the rest were split between doing nothing and selling.

With that as our backdrop, let’s get into it.

END_OF_DOCUMENT_TOKEN_TO_BE_REPLACED

We’ve been watching some of the Energy ETFs we track most of this year for potential mean-reversion opportunities on the long side.

We recently discussed for our Institutional Clients an opportunity in the Small-Cap Energy ETF (PSCE), which rallied 17.50% from its 2018 lows before reversing back to those levels again.

The main issue in Energy remains that there appears to be an attractive mean reversion opportunity at the ETF level, but when we drill down into individual stocks there aren’t many clean setups…making it difficult to identify what the main drivers of this move higher would be.

END_OF_DOCUMENT_TOKEN_TO_BE_REPLACED

JC and I are generally on the same page about a lot of things, but this week our brains seem to be very in sync as we’re writing about the same topics with a slightly different spin on each subject.

Yesterday JC spoke about how US Equities can do just fine, actually really well, during periods of Small-Cap underperformance.

Today I want to take a more granular look at the Russell 2000 and see what its recent price action has in common with the Euro Stoxx 50. END_OF_DOCUMENT_TOKEN_TO_BE_REPLACED

With U.S. Large-cap Indexes breaking out to new all-time highs, many are wondering when, and if, the Small-caps are ever going to catch up. The Dow Jones Industrial Average, S&P500 and Nasdaq100 have all taken out former highs and are currently in uncharted territory. The Mid-caps, Small-caps and Micro-caps, however, are still all well below their 2018 highs.

While we like to pride ourselves in looking at more charts per week than almost anyone on earth, I get a lot of value from regularly speaking to clients and colleagues. Tuesday was one of those days that I found myself on the phone speaking with people around the world. One theme that came up multiple times was the underperformance in Small-cap stocks throughout the late 90s. It’s something we’ve seen before. U.S. Large-cap stocks can do very very well even with small-caps underperforming, like they have since last year. END_OF_DOCUMENT_TOKEN_TO_BE_REPLACED

For those new to the exercise, we take a chart of interest and remove the x/y-axes and any other labels that would help identify it. The chart can be any security in any asset class on any timeframe on an absolute or relative basis. Maybe it’s a custom index or inverted, who knows!

We do all this to put aside the biases we have associated with this specific security/the market and come to a conclusion based solely on price.

You can guess what it is if you must, but the real value comes from sharing what you would do right now. Buy, Sell, or Do Nothing?