The Emerging Markets space has been a serial underperformer this entire year. Nothing but declines or sideways action so far as US Equities continue to grind higher. You can take Indonesia out of this particular conversation as it carved out a beautiful base last year and ripped higher recently. But the rest of the usual suspects, BRICs in partifular: Brazil, India, China, Russia have been struggling.

So I want to take a look at a relative chart of Emerging Markets and S&P500. This is a daily line chart of $EEM vs $SPY. Notice the beautiful breakout in October coming off that bullish divergence in RSI from the summer. This trend quickly reversed to start the new year and is now back to that former resistance. 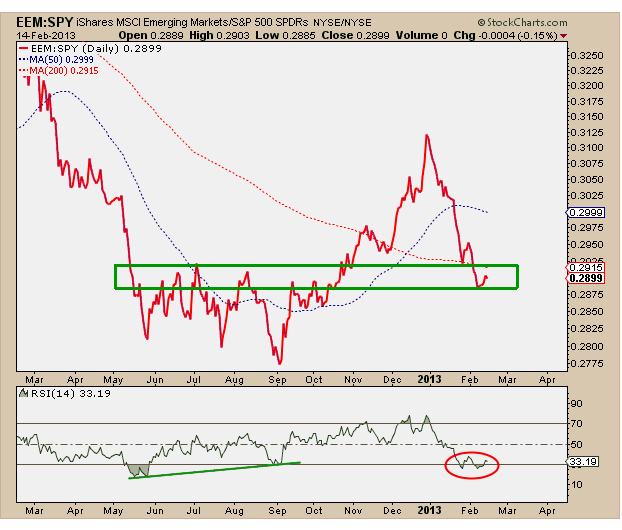 The good news is that this ratio has been absolutely crushed for 6 weeks, and if it is going to bounce, this would be a logical place for it to do it. The bad news is that RSI is showing some oversold readings that are not common for bull markets, quite the opposite in fact. So to me, it looks like these guys have some work to do. Furthermore, I think this is evidence that we still need to pick and choose from the space, rather than owning the group. Indonesia, as mentioned above, is so far bucking this EM trend.

The absolute chart of $EEM is interesting. Here is a daily bar chart of the group. What worries me is how long this (potential) flag formation is taking to develop. I would have hoped for a breakout much sooner if this was indeed going to turn into a bullish continuation pattern. It still can of course, but to me it looks like the likelihood is decreasing by the day. 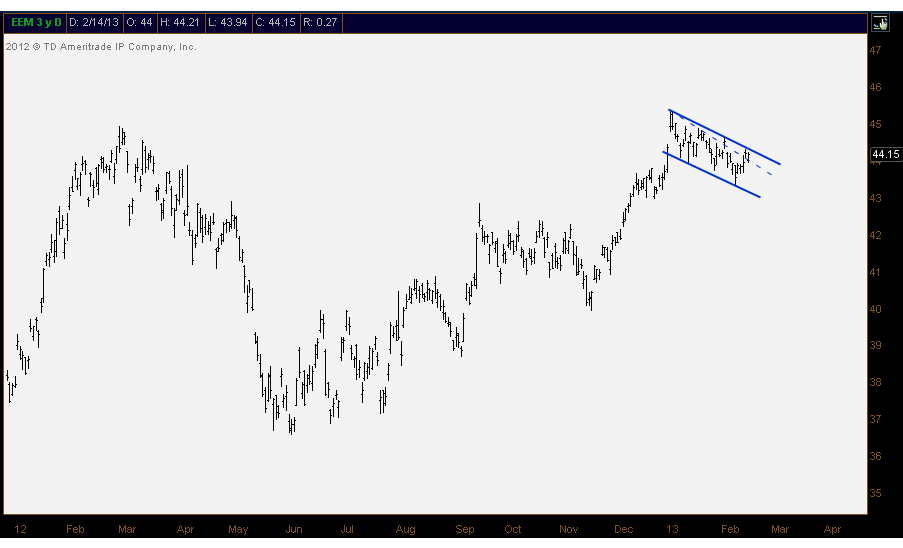 An interesting group to say the least. I wish I could be more optimistic. But like I said, it’s “Show-Me” time.